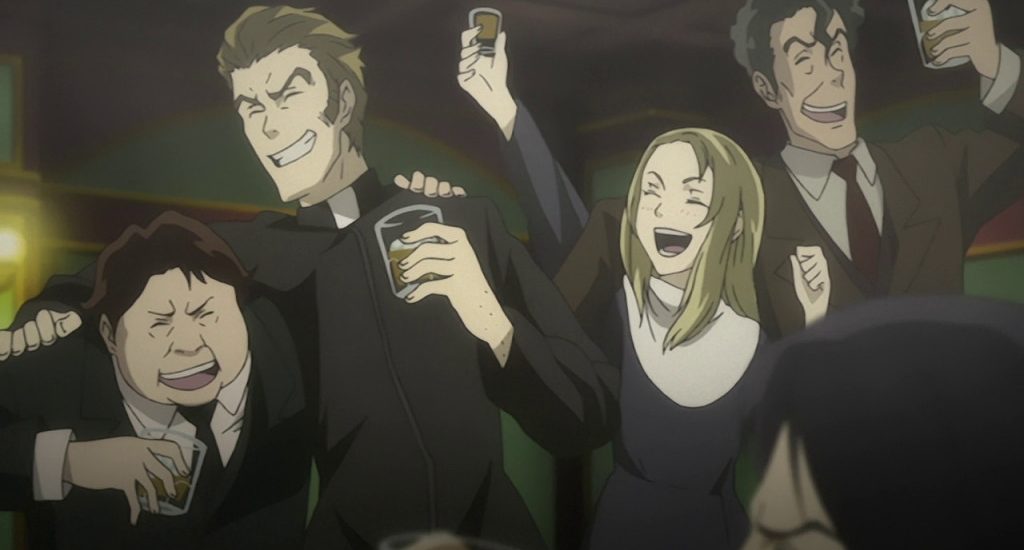 Every once in a while an anime comes along that tries to break all the existing stereotypes and challenges all the present conventions. And though it might stand out with its concept and plot, it usually ends up ignoring the other necessary aspects of the show, which include the animation, the music and also the characters. ‘Baccano!’ is not one of those anime shows. Though it is rather unconventional compared to others in its genre, it does not sacrifice other important aspects of the series.

Coming from Brains Base Studio, it is really good to see how the color pallet has been used for brightening up the drama in the show. Brains Base really does set a standard with this one in spite of being one of the smallest anime studios out there. The quality of the animation remains up to the mark throughout the span of the series and it is absolutely stunning during the action scenes. Even the sound is great and fits in perfectly with the historical backdrop that the show offers. The opening soundtrack is quite memorable with its jazzy theme and tends to add a lot of authenticity to it. The voice acting is truly beyond impressive.

Even when it comes to the characters, ‘Baccano!’ does an amazing job. But there is one big downside to this aspect of the anime: it only has 13 episodes with a cast of close to 12 characters. It is pretty obvious that with such a short run time, some of the characters will definitely lack the development that is needed. But then again, the overall high value that has been given to every other aspect just makes up for this shortcoming.

Overall, ‘Baccano!’ is a very straight forward and fast-paced anime show that gives you the perfect blend of action, drama, and comedy. It never goes too overboard with the drama and never really forces the comedy. The funny moments are subtly built throughout the show without having to rely on fan-service. Even the action has the right amount of violence that can be pretty much enjoyed by anyone. ‘Baccano!’ is a gem that can give you a taste of every genre. It can be enjoyed by almost all anime lovers and even repetitive viewing never tends to ruin the level of enjoyment that it gives. All those who have already seen it will not deny that it definitely needs another season. We might have some news regarding that further up in this post.

Baccano! Season 2 Release Date: When will it premiere?

‘Baccano!’ season 1 premiered on July 27, 2007 and ended on November 2, 2007 with a total of 13 episodes. This was followed by a 3-episode OVA which was released on February 27, 2008 and lasted till May 28, 2008. Speaking of the second season, as of now, there are just rumors everywhere about its release without any official confirmations.

Considering the popularity of the anime, not just in Japan, but in the west as well, it seems very likely that sooner or later, there will be a new season. For obvious reasons, even if the studio has started working on a new season, it will keep it a secret until it’s the right time to talk about it. So for now, we can just keep our fingers crossed and hope that Brains Base would not miss out on this golden opportunity of continuing a classic and will at least, give us one more season. Our best guess is that ‘Baccano!’ season 2 release date could fall sometime in 2020 or 2021. We will update this section as soon as we hear more. Till then, you can always catch up with the light novel series or you can watch other similar anime shows like ‘Durarara!‘ and ‘Fate/Stay Night‘.

Despite being so popular, as of now, ‘Baccano!’ is not available on any legit streaming platform.

‘Baccano!’ is set in the year 1711 where a group of alchemists somehow get access to an elixir of immortality. But there is a condition to this: after each of them uses the elixir, they must kill one another and only the last man standing gets to be immortal. The group unanimously agrees that killing each other is not worth it and decide to live in harmony. But one of them, Szilard Quates, turns out to be a traitor and starts killing them one by one. To end his killing spree, the group members split ways and leave everything behind them.

But again, in 1930 Manhattan, Quates somehow manages to create another elixir of immortality and ends up losing it later. This elixir now gets circulated all over the city where the people who consume it assume that it’s some sort of an alcoholic beverage. A few of these people are a group of thieves, part of a mafia family, and there’s also an underground group that employs the other original immortals. Hell is about to break loose in the entire city because it’s the criminal world that has acquired immortality. But in the end, everyone will learn that immortality does not come for free and each of them will have to pay the price.

It is nearly impossible to cover all the characters of ‘Baccano!’ here, but we will try our best to at least bring some light to the main ones. 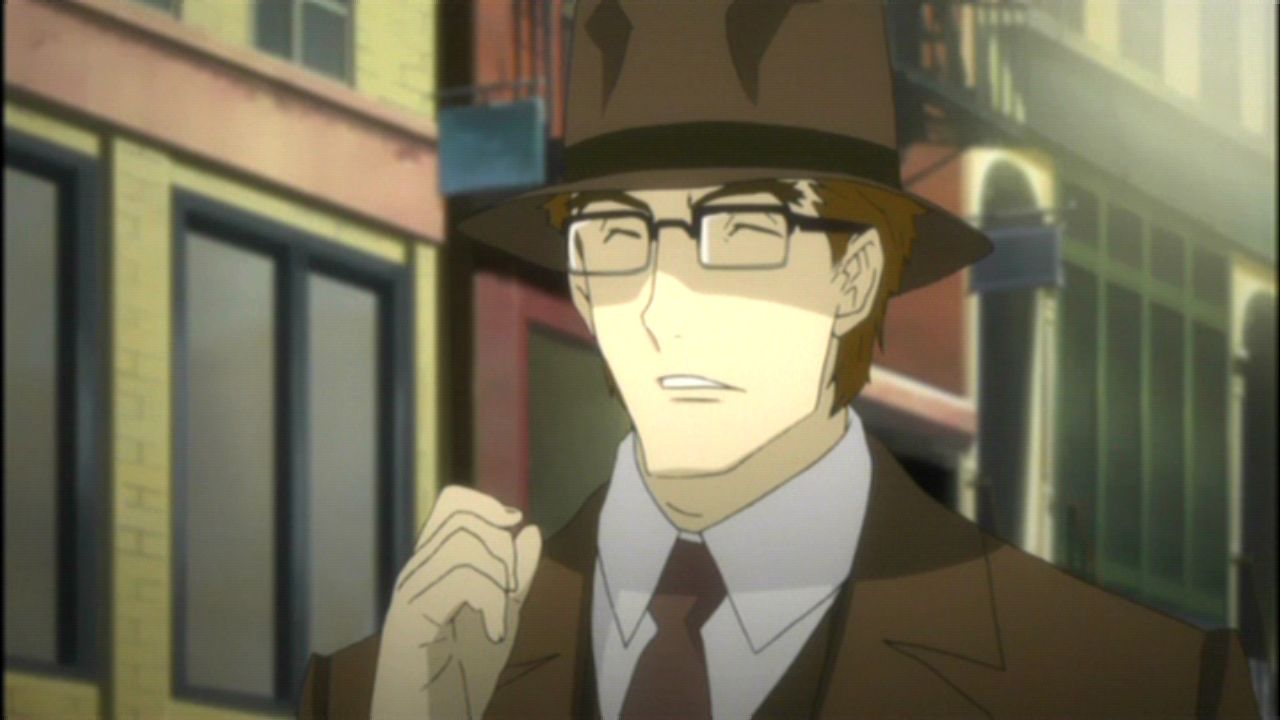 Maiza is one of the original 1711 elixirs immortals and after a certain event where he experiences great loss, his only motive in life is to see Szilard dead and then peacefully die himself. Maiza is a tall guy who often wears squared glasses along with a brown colored business suit. He has brown colored hair and his eyes are often shut. He had turned into an immortal somewhere in his 20s and though he still looks the same, a sense of maturity can be seen on his face that reflects his actual age. He has two opposite sides to his personality where he can be very polite and very foe-like. But his soft-spoken nature just hides his inner violent tendencies that unfold when he is triggered to fight. 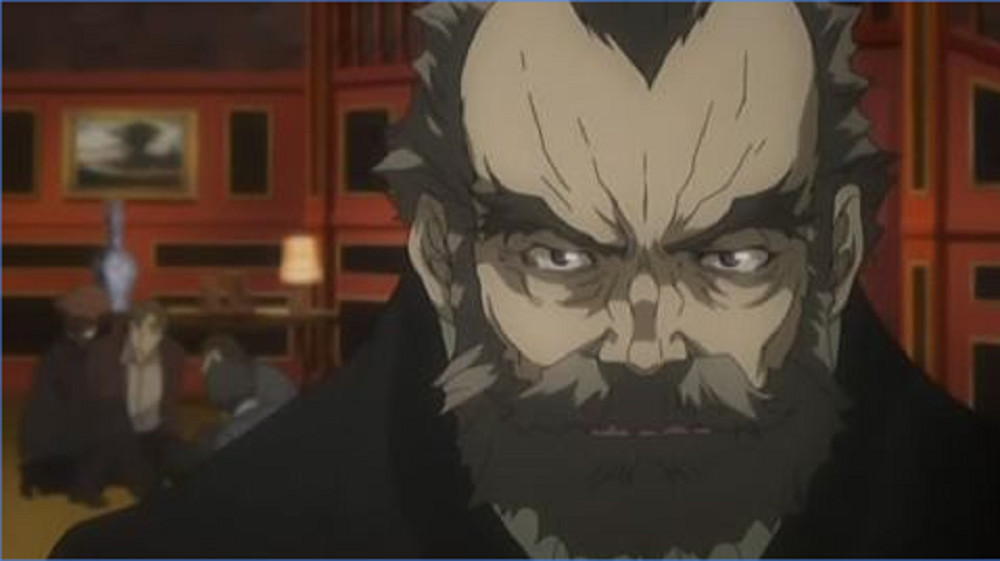 Szilard is also one of those few 1711 alchemists who got access to the elixir of immortality. While on a ship with the other immortals, he kills 13 of them right there. He later spends the next 200 years of his life re-creating the elixir. Szilard sports a heavy grey beard with grey short hair that is combed backward. His face is full of many wrinkles and just by one look at his lilac eyes, you can tell that he is the antagonist. He is the greediest character in the entire series and is obsessed with the idea of acquiring as much knowledge as he can. This greed even drives him to kill the other members of the 1711 alchemists group after he attains immortality. 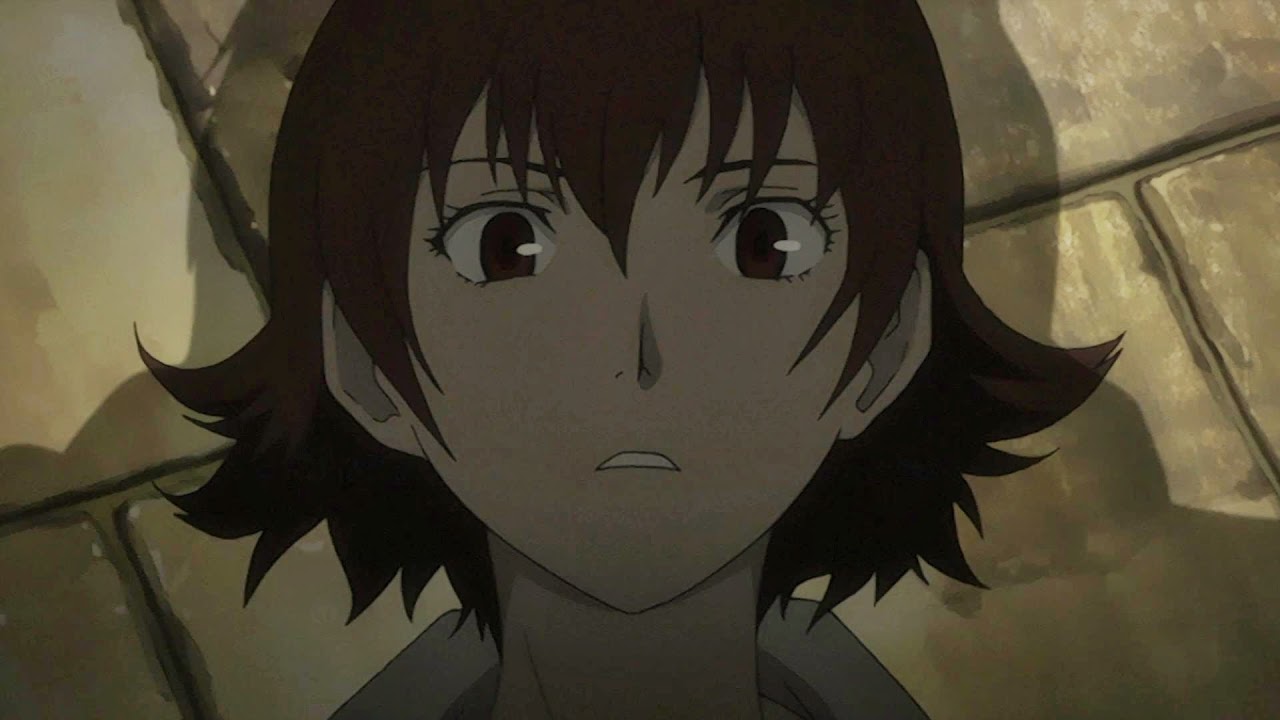 Szilard Quates creates homunculi who have been designed to protect him. Ennis is one of those artificially created lifeforms and experiences absolutely no human emotions or feelings. But later, when she devours another alchemist who threatens Szilard’s life, she feels like a human for the first time in her life. She later even betrays Szilard and joins a different group of the immortals. She is a young woman in appearance, who sports short red hair and is usually seen with a business suit on. Her appearance probably resembles the woman whose genetic material was used by Szilard to create her. After she starts learning what it’s like to be human, she often envies the people who complain about having a purposeless life because she very well knows her purpose and absolutely hates it.