When Will Bachelor in Paradise Return For Season 7? 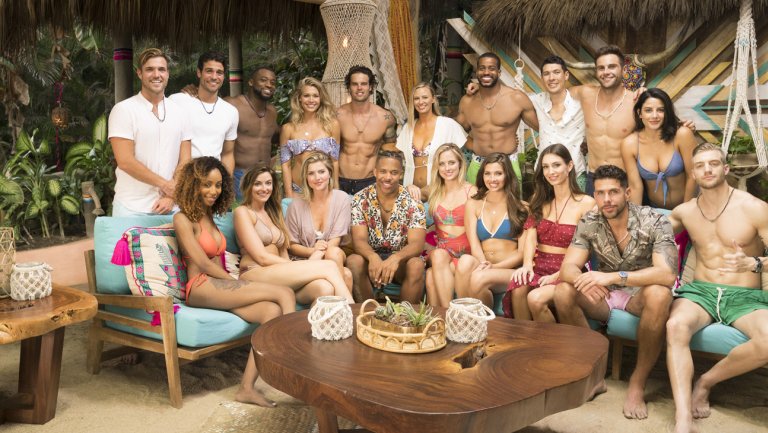 ‘Bachelor in Paradise’ is an American reality competition that is a spin-off of successful game shows, ‘The Bachelor‘ and ‘The Bachelorette‘.  It airs on ABC and first premiered on August 4, 2014. The series is presented by Chris Harrison.

The contestants of ‘Bachelor in Paradise’ are picked from the previous seasons of ‘The Bachelor’ and ‘The Bachelorette’ and are given a new chance to fall in love. The only difference is that this time, love can bloom in an exotic location. If you are a fan of the original shows, you will definitely want to check out the spin-off. After all, the drama, the anticipation, the love, and all in exciting and exotic places – this show has it all!

Naturally, fans have taken a liking to it, as its popularity has grown over the seasons, and critics too have praised the show. Notably, it has also led to a regular weekly live after-show titled ‘Bachelor in Paradise: After Paradise’ which stars a celebrity fan and one of the cast members of ‘Bachelor in Paradise’.

Bachelor in Paradise Cast: Who is in it?

The main cast of ‘Bachelor in Paradise’ includes the presenter and the various contestants from ‘The Bachelor’ and ‘The Bachelorette’ who keep showing up as the season progresses. Chris Harrison will obviously return once again as the presenter in season 6 of the show.

On June 17, 2019, ABC announced the cast members for Bachelor in Paradise Season 6. The first batch of stars include three high-profile runner-ups: Blake Horstmann, of Becca Kufrin’s 2018 The Bachelorette; and Tayshia Adams and Hannah Godwin, of Colton Underwood’s recent The Bachelor.

The other familiar faces include Caelynn Miller-Keyes, Demi Burnett, Katie Morton, Sydney Lotuaco, Jane Averbukh, Onyeka Ehie and Nicole Lopez-Alvar, from Underwood’s season; Wills Reid and Clay Harbor, from Kufrin’s season; and Annalise Puccini and Bibiana Julian, from Arie Luyendyk Jr.’s Bachelor season and past Paradise seasons. Derek Peth hails back from JoJo Fletcher’s Bachelorette season, as well as past Paradise cycles; and Chris Bukowski, from Emily Maynard’s Bachelorette season, will return to make his record sixth appearance on the franchise. Joining those stars are newcomers Cam Ayala, Kevin Fortenberry and John Paul Jones, from the currently airing season of The Bachelorette with Hannah Brown.

It will be interesting to see who all join the show in season 7. We will update this section as soon as the cast details are released.

Bachelor in Paradise Plot: What is it about?

‘Bachelor in Paradise’ follows a very similar format to another canceled spin-off titled ‘Bachelor Pad’. Here too, the rejected contestants from the previous seasons of ‘The Bachelor‘ and ‘The Bachelorette‘ can come together and fall in love romantic in some exotic destination. This season is shot in Mexico and from an early picture of a poster that has been shared, we can see a heart-shaped rock formation overlooking the ocean, and a tagline that reads ‘Love, on the Rocks’. Does this mean that there is going to be trouble in paradise? Of course, there is! This reality show thrives on the drama that ensues from the blooming and ending of relationships and there is nothing more dramatic than emotional and pretty people on television.

Just to familiarize you with how the show plays out. There is a rose ceremony which is traditional in this entire franchise. The men are given the roses to hand over to the women they want to spend more time with and get to know in this paradise. Since the number of men and women are uneven in the group, with the women outnumbering the men, those women who do not get roses are sent home immediately. This heartbreak barely registers with the viewers as the remaining couples begin pairing up. However, this is just the start of the dramatic season, as the following episodes see either two men or two women showing up to the island with love on their minds. Each week, the two people who do not receive the roses are asked to leave this paradise. In the upcoming season, the show will follow the very same format since it is one that fuels the maximum uncertainty, thus leading to anticipation, and making the drama in this elimination game even more gripping.

There is always a mixture of sweet moments when new relationships form, and on the flip side, there are those darker moments which sees some current relationships end. This is how the wheel keeps on spinning, in this constant shuffle for love, where every new arrival has the potential to spark a new romance, rekindle an old flame, or splinter an existing love story. We cannot wait to see what twists in the tale are in store in the upcoming season.

Bachelor in Paradise Season 7 Release Date: When will it premiere?

While we wait ‘Bachelor in Paradise’ Season 7, check out this cast reveal teaser from season 6.