Back to Life Season 2: Premiere Date and Cast 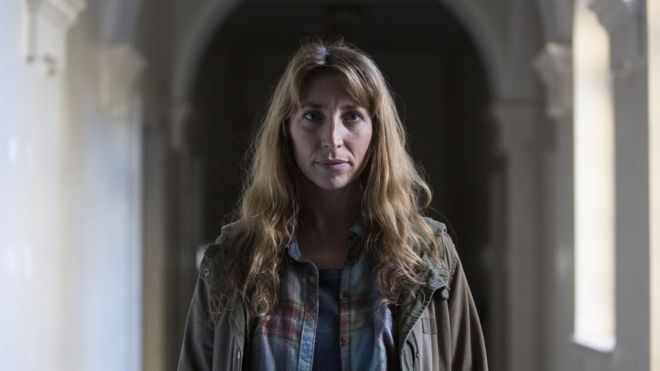 Back to Life is a comedy-drama tv series that weaves relatable jokes on naturally woven, delicate relationships, family, and jobs into a plot that is multilayered and well-written.

The show first premiered on 15 April, 2019, on BBC One for the UK audience and on November 10, 2019, on Showtime for the US audience. The first season of the show was well-received by both critics and audiences. Now, the question is: will there be a Back to Life season 2? We will delve into that question, but first let’s look into the details of the show.

Back to Life Cast: Who is in it?

Back to life consists intriguing and offbeat characters, all living with secrets and vulnerabilities of their own. Daisy Haggard, who has also co-written the series, stars as the protagonist, Miri Matteson, an ex-convict who returns to her childhood home, the place of the crime. She attempts to forge her adult life anew with an optimistic approach despite receiving hostility from her community and continually getting reminded of her past through her surroundings.

Geraldine James, known for enacting Mrs. Hudson in the Sherlock Holmes movies, plays the role of Caroline Matteson, Miri’s sexually frustrated mother. She appears to be brittle and uptight, who cares about the perception of the community more so than the well-being of her own daughter. Her anger and frustration often lead to her acting out in many self-destructive ways.

Richard Durden, known from the TV show, Silent Witness, plays Miri’s reserved father, Oscar Matteson. He, like most constricted British men of his generation, finds Miri’s arrival as unsettling. He seems more concerned about recycling and saving the environment than saving his own marriage.

Jo Martin, known from The Long Song, appears as Janice, Miri’s over-sharing parole officer with no verbal filter. A distressed bureaucrat, she stamps over all of Miri’s pleadings even when she reaches out for help.

Christine Bottomley plays the role of ex-best friend Mandy, who was close to the victim. Her close relationship can help explain the reason why she never contacted or visited Miri in prison. She is one of the people who seek out to re-establish her connection with Miri upon her coming back home, but Miri feels undeniably hesitant to give it another chance.

Jamie Michie, known from his character Steelshanks in Game of Thrones, plays Dom, Miri’s first love. Adeel Akhtar plays her next-door neighbor Billy, with whom she forms a friendship. Liam Williams appears in the role of the chip shop owner, Nathan.

All the main cast members are expect to return for season 2.

Back to Life Plot: What is it about?

Written by Daisy Haggard and Laura Solon, Back to Life tells the story of a woman’s struggle to reintegrate back into her community in Hythe, Kent, following an 18-year stint in prison being charged with the murder of her best friend. It follows the story from there on as to how she rebuilds her life after committing a crime so severe that she had to serve a sentence for nearly two decades, depleting most of her teen and adulthood.

The first episode starts with Miri trying to mend the fences within her home, looking for a job and reconnecting with her childhood love, Dom. The gravity of her crime gets revealed quite early to the viewers, evidenced by the hostility with which the people of her hometown greet her, the abusive graffiti painted on the wall of her parent’s garden, and her job applications getting rejected with insults and offensive language (“You can clean offices in hell, you sick bitch”) being hurled at her.

There is also a mystery surrounding the event of that fateful night that gets further complicated by the appearance of a strange Scandinavian man. He informs of apparently opening the case and starting with a reinvestigation. The viewers get convinced of a further truth that is getting masked with the playing out of her mother’s affair with a man in Hythe. In the midst of all this, Miri befriends her next-door neighbor Billy (Adeel Akhtar), who is taking care of his mentally ill aunt. The approaching presence of Mandy (Christine Bottomley), her ex best-friend, makes her uneasy and claustrophobic as it reminds her of the night the murder was committed.

And then there are the magnificent visits from Miri’s self-interested probation officer Janice (Jo Martin), who does pay heed to any of the concerns and distresses of her client, but instead pays more attention to the refreshments provided (“Your biscuit game is strong!”). Season 1 ends with Miri agreeing to meet the mysterious Scandinavian man to further know about the truth behind her crime. Determined to move on, she decides to take the matters in her own hands and confronts everyone at a community meeting. The meeting gets disrupted due to her confrontation with many secrets and lies coming to light, ending the series in a cliffhanger.

There’s still a lot left to be explored, and we expect season 2 to pick up the story from where season 1 ends.

Back to Life Season 2 Release Date: When will it premiere?

When asked with the possibility of Season 2, Haggard responded that she would love to do a second season as they “know where to go with the story.” Well, the good news is that on November 19, 2019, the series was renewed for a second season. Even though no release date was revealed in the announcement, our best guess is that Back to Life Season 2 will come out on BBC sometime in September, 2020.

Back to Life Trailer

Check out the trailer of season 1 below.