Back to the Future Filming Locations 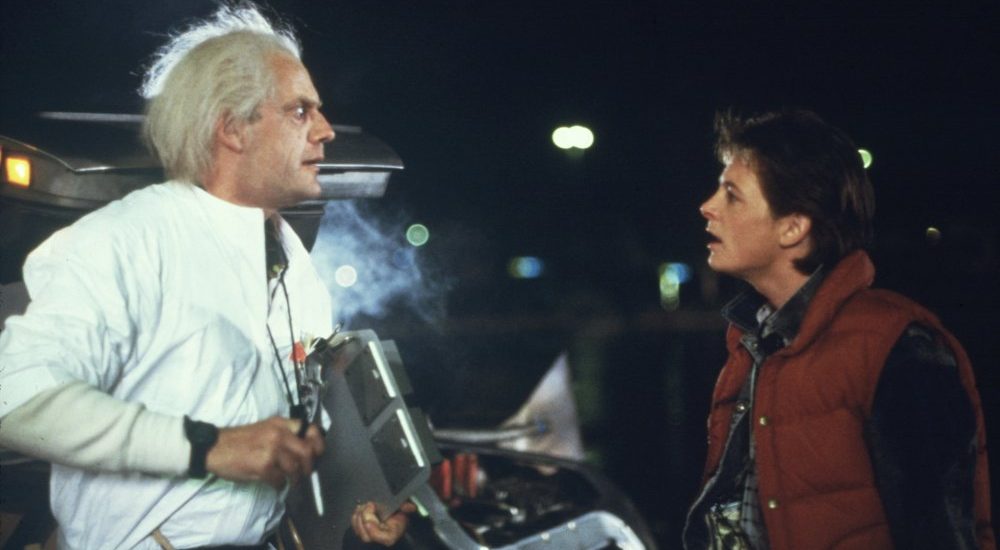 ‘Back to the Future‘ is certainly one of the most iconic science fiction movies of all time. In fact, it wouldn’t even be wrong to call it one of the most iconic movies of any genre. It was a mammoth hit at the box-office, staying at the number one spot for eleven weeks and collecting $389.1 million worldwide. Its success helped the movie become a successful trilogy as well. Moreover, it was also lauded by critics for being the perfect Hollywood flick with the finest balance of action, comedy, and romance.

The time-travel movie portrays a hilarious spin on family dynamics. Its protagonist, Marty accidentally travels back in time when his parents had been teenagers. However, he lands in a sticky situation when his own mother starts to develop a romantic interest in him, unaware that Marty is her own son from the future. In order to avoid being erased from existence due to the butterfly effect of his mother’s newfound feelings, Marty must make his parents fall back in love.

Where Was Back to the Future Filmed?

To begin with, ‘Back to the Future’ has been entirely filmed in and around the county of Los Angeles, California. L.A. is used to recreate the fictional city of Hill Valley, California. Scenes set in the protagonist, Marty’s house were filmed at 9303 Roslyndale Avenue, in Arleta.

In the Back to the Future Trilogy (1985-1990), Marty nearly gets run over every time he first explores a new iteration of the Hill Valley Courthouse Square

Back to the future at Whittier High 😈😏 pic.twitter.com/HOrDb73PAc

Furthermore, an important scene was also filmed at Disney’s Golden Oak Ranch in Newhall, California. Here, the scene involving Marty landing in a barn in the past was filmed. In the past, scenes set in both of Marty’s parents’ house were filmed on Bushnell Avenue. Scenes set in Doc Brown’s family mansion (the one that he loses), on the other hand, are filmed at The Gamble House in Pasadena. On the other hand, the house that Doc Brown is depicted living in is actually The Blacker House, which is also in Pasadena.

MAY IS NATIONAL PRESERVATION MONTH! What better way to kick-off this month long celebration than to take a virtual tour of The Gamble House? https://gamblehouse.org/virtual-tour/

The movie’s climax was set in the school. However, that scene was not filmed at Whittier High School. Instead, it was filmed in the basement of the Hollywood United Methodist Church on 6817 Franklin Avenue, Los Angeles. Lastly, a scene was also filmed at Griffith Park.