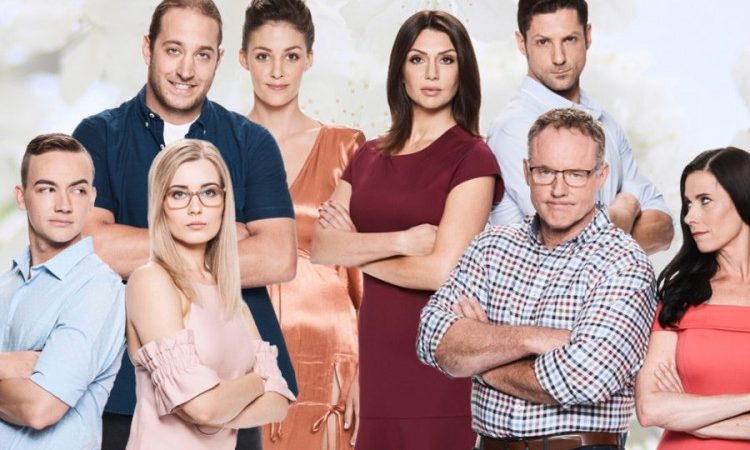 Common wisdom and good sense would more than likely tell you that it is a bad idea to get back with an ex. If something didn’t work the first time around, what are the odds that it will, on a second go around? And to do it on television with millions of people watching? Well, that would be VERY interesting. And that is precisely what the people on the Australian reality series Back with the Ex are trying to do! It features former couples whose relationships didn’t work out in the past for various reasons as they get together after varying amounts of time to give that one memorable relationship a possible second lease of life.

As the official synopsis on Netflix has it, “New beginnings or old baggage? Four (pairs of) singles have one chance to reignite romance with an ex — or leave the past behind for good.” The series premiered on the Australian Seven Network on April 18, 2018, and on Netflix in January 2019.

Back with the Ex Plot: What is it about?

Back With The Ex tries to, at least cosmetically, preserve a tone of unequivocal sincerity to its subjects. To that end, the show has no intrusive third-party narrator to comment upon or spice up what we gather from the on-record interaction between the couples. The working cast, therefore, is only the quartet of couples and no other additional agent/commentator. The couples featured on the debut (and perhaps even only) season are: Jeremy and Meg (ages 28 and 26), Cam and Kate (24 and 22), Erik and Lauren (32 and 36), and Diane and Peter (50 and 57).

Jeremy & Meg, broke up after a seven-year on again, off again relationship when Jeremy finally broke things off and moved all the way to London. Diane & Peter had a long-distance cross-continental relationship 28 years ago but moved on to have marriages, kids, and divorces in the meantime. Cam and Kate were high school sweethearts but broke up when Kate cheated three years ago. And lastly, Erik, 32, and Lauren, 36, who broke up on an average once a year in their six-year-relationship, but finally split when Erik texted her a Dear Jane message six years ago.

Back with the Ex Cast: Who’s in it?

With four couples trying to get back together after a breakup, some of whom have been separated for as many as 28 years, Back with the Ex is tailor-made to thrill the watchful and judgmental gaze of a critical audience at home. The series showcases different couples of varied backgrounds. Back with the Ex seems to try to get views simply by guaranteeing that the audience has a chance to see others doing truly uncomfortable stuff. The tasks and situations are very obviously designed to create drama, and the show seems to tick every single tacky trope box that reality TV is known for.

The pairs, who win nothing other than supposed “everlasting happiness” if they win, gets to spend a few nights in ritzy hotel rooms complete with champagne and roses, as well as cohabitate in one home and others by turns, capped by an exotic vacation to a glitzy tourist destination, before they have to decide whether or not to it will work out and whether or not they wish to get back together.

Accusations of cheating, panic attacks, nastiness of myriad kinds, birthday breast implants, and more, ensue as the couples undertake certain tasks that are supposedly engineered to strengthen relationships, and also try to make amends for the past. It tickles the audiences need to get a raw look into other people’s relationships, the prurient, morbid curiosity of human beings that makes us unable to look away from a gory train wreck. There are relatable moments and moments of unexpected sweetness and depth, but mostly it is about what you scream at the characters on your TV screen when you see them doing something terrible.

One or two of the couples on Back with the Ex are enjoyable, pretty much every relationship seems to be doomed to fail, but the show manages to be entertaining somehow. There is much drama – almost every five minutes – and some viewers seem to love it and lap it up. It’s not to say there aren’t some moving moments in the series that pull at your heartstrings. Diane and Peter are an adorable duo with their unbreakable bond that remains strong even decades later. When Peter claims there wasn’t a day in his life that passed after they broke up that he didn’t think of her, it breaks your heart.

Back with the Ex Season 2 Release Date: When will it premiere?

The first season of the show premiered on the Australian Seven Network on April 18, 2018, and on Netflix in January 2019. Netflix’s foray into the dating reality TV subgenre with a matchmaker’s twist to it, sadly, has not been successful. The reunion of the couples individually hit cul-de-sacs, stopping their relationship dead on its track for one reason or the other – but it is not to this that the failure of the show is attributed so much as its general failure in the many aspects of being a TV show. Netflix being Netflix, it had a decent production value, and it was not bombarded with negative reviews. However, with a middling to below average reception across the board, it would seem unlikely for the network to sustain the show for another season, which severely limits the chances of another season. The show has not been officially cancelled yet, but on the other hand, Seven Networks (the original parent network in Australia) has also not disclosed anything regarding its renewal status.

The show was originally released quite a while ago, in April 2018, so it has been a rather long silence from them. In any case, a second season, if it happens, is likely to feature an all-new cast of couples, rather than follow the same four, and release sometime in 2020. We will be regularly monitoring relevant sources for news on the same so keep checking back.

Back with the Ex Trailer

Here is the trailer from season 1 of Back with the Ex while you wait for news on season 2. You can catch all the episodes of the previous season on Netflix.