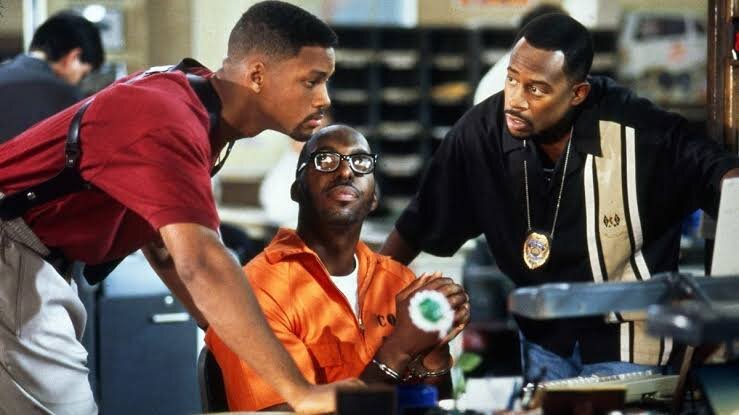 Michael Bay is a director famous for his crazy action and explosion sequences. However, he started off his career with a movie which is more famous as one of the best buddy cop movies of all time. ‘Bad Boys’, starring Will Smith and Martin Lawrence, released in 1995 and immediately became a huge hit.

Produced by Don Simpson and Jerry Bruckheimer, the film managed to collect around $141.4 million against its small budget of $19 million. The leading pair of Smith and Lawrence became so popular that the film later spawned two sequels. You must be eager to find out where you can stream the original ‘Bad Boys’, and we are here to tell you just that. But before we do so, let us walk you through what the film is about.

What Is Bad Boys About?

‘Bad Boys’ revolves around two Miami policemen, Marcus Burnett and Mike Lowrey, who have been friends for a long time. They are given a major case to solve, failing which will cause a grave disgrace to the reputation of Miami Police. Seized heroin worth $100 million has been stolen by some unknown criminals from right under the noses of the police.

In order to zero-in on the suspects, Mike asks his former girlfriend, and now informant, Maxine, to look up those people who have suddenly gotten rich. Maxine, hoping to come across some important news, gets herself and her friend Julie hired as escorts for a corrupt ex-policeman, and this is where the situation escalates.

Is Bad Boys On Netflix?

Netflix is undoubtedly the biggest and most popular streaming platform in the whole world. Netflix’s collection of both original content, as well as films and TV shows sourced from around the world, helps the platform to maintain its international base of subscribers. Netflix subscribers are in luck because ‘Bad Boys’ is indeed available on the platform and you can check it out right here.

Is Bad Boys On Hulu?

Hulu has been able to maintain its popularity even in this day when competition among online streaming platforms is skyrocketing. This has been possible because of Hulu’s highly curated collection of movies and TV shows which has something for everyone’s taste. Unfortunately, ‘Bad Boys’ is not available on Hulu at the moment. You can, however, check out similar films on the platform like ‘Undisputed‘, ‘The Last Boy Scout‘, ‘The Spy Who Dumped Me‘, and others.

Is Bad Boys On Amazon Prime?

Besides Netflix, if there is one streaming platform that has been able to spread its influence throughout the world, it has to be Amazon Prime. The original content that Prime produces in several languages has gone a long way in making the streaming platform a fan-favorite. Although ‘Bad Boys’ is not available on Prime at the moment, the streaming platform does host some similar action movies like ‘Papillon‘, ‘Sholay‘, ‘The Score‘, and others.

Where Can I Stream Bad Boys Online?

You can stream ‘Bad Boys’ online if you have a subscription to either Netflix. You can also rent the film from various sources like Amazon Video, YouTube, Google Play or iTunes. If you wish to buy a soft copy of the film, you can also do so from these sources. While the rent for the film is around $2.99- $3.99, the price of the soft copy ranges between $7.99- $13.99.

Is Bad Boys Out On DVD and BluRay?

Yes, ‘Bad Boys’ is out on both DVD and BluRay, and you can order the digital copy on Amazon right away.

Where Can I Stream Bad Boys For Free?

There is only one way in which you can stream ‘Bad Boys’ online without paying for the same, and that is by using the free 30-days trial period that Netflix offers. However, we urge viewers to pay for the art they consume.