When Will Bad Guys Season 3 Premiere on Netflix? 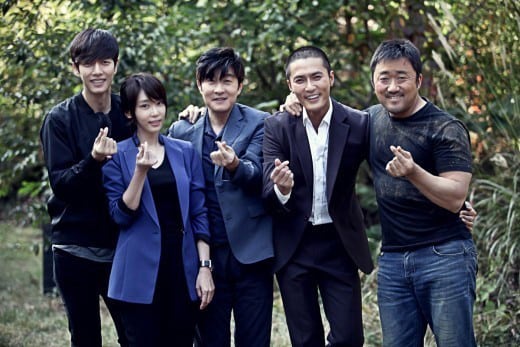 Bad Guys, also known as Nappeun Nyeoseokdeul, is a South Korean television series that premiered on October 4, 2014, on OCN. The series is created by Han Jung-hoon. He has previously served as the screenwriter for the fantasy-thriller Vampire Prosecutor. All the episodes of the first season are directed by Kim Jung Min. Owing to its immense popularity, the drama was later made available to stream on Iflix with subtitles in Malaysia, Thailand, Indonesia, the Philippines, and Sri Lanka.

The story revolves around Detective Oh Gu-Tak who forms a team of three convicts whose job is to protect the neighborhood from violent crimes that are on the rise. The eponymous team is referred to as the ‘Bad Guys’.

Due to the positive reception of the first season, OCN greenlit a second season in the form of a spinoff that was made available to international audiences through Netflix. The second season is also written by Han Jung-hoon. Kim Jung Ming is replaced with Hang Dong-Hwa to direct all the episodes of the season. It was released in Korea in December 2017, after which it landed on Netflix in August 2019. Now the question is, will there be a Bad Guys season 3? We will delve into that question, but first, let’s quickly look into the details of the series.

Bad Guys Cast: Who’s in it?

Kim Sang-Joon stars in the series as Detective Oh Gu-Tak. Sang-Joon is a popular actor in South Korean television. He is known for starring in dramas like City Hunter and The Chaser. He was awarded the Grand Prize at the MBC Drama Awards for his performance in the 2017 historical series The Rebel.

Ma Dong-Seok who had a breakout performance in the zombie movie Train to Busan plays the role of Pak Un-Cheol, a convicted mob boss. Another member of the ‘Bad Guys’ is Lee Jung-moon who is the youngest member of Mensa (the largest & oldest high IQ society in the world) and a psychopath serial killer. He is portrayed by Park Hae-jin who previously had supporting roles in dramas like My Love from the Star and Doctor Stranger.

Other members of the cast include Jo Dong-hyuk as Jung Tae-soo, a contract killer. Dong-hyuk is known from movies like Hypnotized and The Intimate. Yoo Mi-young, a police officer, is played by Kang Ye-won. Kang Shin-il portrays the character of Nam Gu-Hyeon.

Bad Guys 2 (Bad Guys: City of Evil) features a different cast. None of the members return from the first season. Park Joong-hoon leads the cast as Woo Je-mun, a prosecutor who is willing to fight dirty to capture his targets. Joong-hoon is known for his roles in movies like Hanji, Officer of the Year and for directing Top Star (directorial debut). Joo Jin-mo, who previously had the main role in Woman with Suitcase, stars as Heo Il-hoo, a former violent mobster who quit after a tragic incident.

Jang Sung-Cheol, a fierce and psychopathic investigator, who hides a secret, is played by Yang Ik-June. Kim Mu-Yeol, a prominent personality in theatre and films, plays the part of No Jin-Pyeong — a rookie prosecutor who is clueless at the beginning but slowly begins to understand the criminal world around him.

Ji Soo portrays the character of Han Gang-Joo, a man who went to prison and now is seeking revenge after being the victim of a tragedy as his younger sister had been nearly killed. Ji Soo previously co-starred in JTBC’s fantasy romance comedy Strong Woman Do Bong-soon, playing a passionate rookie police officer. In Bad Guys 2 he has transformed into a bankable on-screen talent with his acting prowess.

Bad Guys Season 3, as and when it happens, is expected to see most of the lead cast reprising their original roles.

Bad Guys Plot: What is it about?

The first season revolves around Detective Oh Gu-Tak and his fight to stop crime by any means necessary. The ‘Bad Guys’ team is his brainchild which he assembles to help him in his fight against crime. He is granted permission by Yoo Mi-young, a police officer. The team consists of three members: Pak Un-Cheol, Lee Jung-moon & Jung Tae-soo. They are recruited to hunt down a serial killer. The moral convictions of Gu-Tak are challenged during the investigation.

The premise of the second season is pretty much the same. Woo Je-Moon is an investigator at the Seowon District Public Prosecutors’ Office. His objective is to get justice at any cost. The chief investigator orders him to capture Jo Young-Kook. Jo Young-Kook is the CEO of Hyunseung Company and a revered figure in the city. Woo Je-Moon assembles a group to bring down Jo Young-Kook. The group comprises of Heo Il-Hoo (Joo Jin-Mo), Jang Sung-Cheol (Yang Ik-June), No Jin-Pyeong (Kim Moo-Yul) and Han Gang-Joo (Ji Soo). These men are all hell-bent on vengeance and all of them have their own personal reasons.

The second season ends with the Bad Guys encountering a similar group as themselves. So, it is possible that the third season will bring together the teams from the first two seasons.

Bad Guys Season 3 Release Date: When will it premiere?

As of now, there has been no announcement made by OCN about the release date of another season. A spin-off movie named Bad Guys: Reign of Chaos released on September 11, 2019. Since the movie came out this year, we can assume that, if renewed, Bad Guys season 3 might premiere sometime in August 2020.

Crime drama fans who have not watched the series can catch up on all the episodes on Netflix. Check out the trailer for season 2 below: