Bailey and Kida From World of Dance: Everything We Know 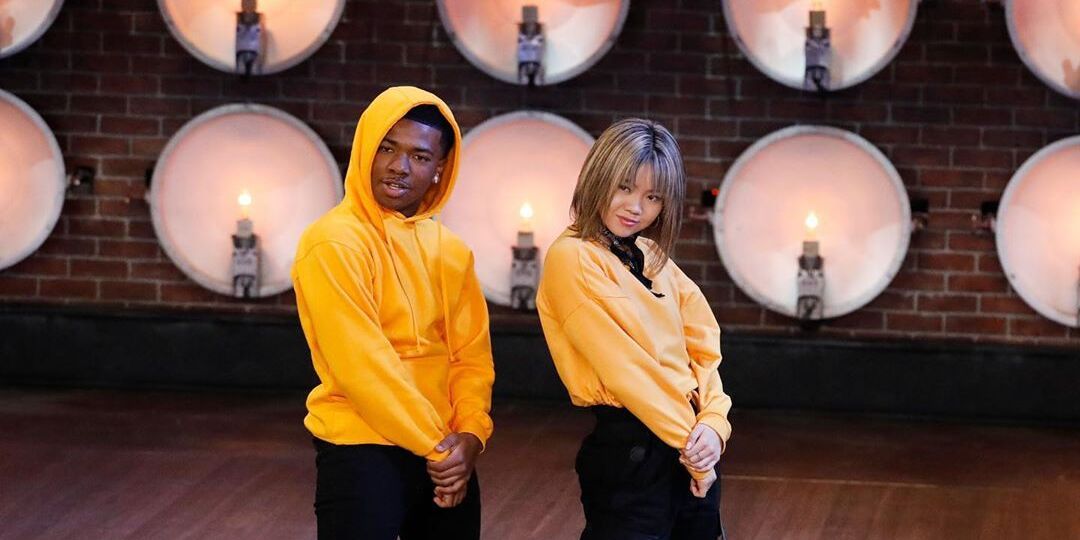 ‘World of Dance’ is a reality competition series that has been giving various artists from all around the world, a platform to show off their amazing dancing skills and elevate their careers in the world of entertainment. Whether it be singles, duos, trios, or groups, the show grants the opportunity to all those who feel they have got what it takes to win the competition and take home, the cash prize of $1 million.

The fourth season premiered in May 2020 and has retained the excitement and thrill factor of the previous seasons by introducing multiple extraordinarily talented performers like Bailey and Kida. In case you’re wondering what makes the duo so special, we have got you covered!

Bailey and Kida: Where are They From?

Bailey Sok hails from Orange County, located in the Los Angeles metropolitan area in the American state of California. The county is a famous tourist destination and also has an eponymous show named after it. Bailey has been dancing from a very early age and has always been the center of attention because of her expressive dance moves. If not a dancer, Bailey would have loved to pursue golf as a professional career.

Kida Burns was born as Leon Burns, in the city of Sacramento, the capital of California. While growing up in the most hipster city in California, Kida developed a fascination for dance at the age of four. He is a huge fan of Michael Jackson and has regarded the King of Pop as his biggest inspiration. Apart from that, he loved watching ‘Breakin” and the ‘Step Up’ series as a kid. Kida is widely recognized by his stage name – Kida The Great.

Who is in Bailey and Kida’s Family?

Bailey Sok was born on February 24, 2004, to Korean parents. Bailey’s mother Judie Sok, was once crowned Miss Korea. Being the youngest member of the family, Bailey is still pampered by her parents and siblings.

She has two elder sisters – Britney and Kylie Sok, and the three Sok girls love to spend time together. Here’s a picture of the Sok siblings posing beside a scrumptious Thanksgiving spread!

Blessings on top of blessing! Grateful today and everyday! Happy Thanksgiving everyone! 🧡

Born on April 8, 2002, to Tanisha Hunter and Leon Burns, Sr., Kida is the sixth child out of seven Burns children. Kida’s father passed away in 2014, after suffering from complications due to the H1N1 virus. Since then, his mother has been single-handedly raising all her kids, ensuring they have whatever they need. Oh also, Kida’s mother has got the moves! Check it out!

In June 2020, another tragedy struck the Burns household when Kida’s second oldest brother was murdered in cold blood. His oldest brother, Shaheem Sanchez Burns, who is a deaf dancer, gave Kida his first dancing lesson when he was just four-years-old. Kida credits Shaheem for everything he is today and never misses a chance to express gratitude towards his brother.

Bailey rose to fame at the age of six, when her dance performance from KAR Dance Competition went viral on YouTube. Overnight, the video received millions of views, thrusting Bailey into the limelight.

You may recognize her as a member of S-Rank, the Upper Team division winners on the second season of ‘World of Dance.’ Bailey has worked with various top artists, including setting the choreography for the first compilation album of the South Korean girl group, Red Velvet.

wowowow. so incredibly grateful to have been a part of choreographing for @redvelvet.smtown new song #psycho 😭 this was the first time i’ve set my own choreography on a kpop group and i learned so much throughout this process. being on the creative side of a job like this felt very new and scary but it was a dream. thank you to my friends who were a part of the skeleton crew! huge thank you @smtown for trusting and believing in me! check out the full music video! ♥️♥️ #baileysok #dance #kpop #redvelvet #15yearsold

Apart from that, Bailey has performed for public figures and icons like Janet Jackson, Jason Derulo, Meghan Trainor, and K Camp. Instagram has elevated the level of Bailey’s fame and her dance videos have earned the 16-year-old, over 1.6m followers. Other than dance videos, the social media influencer also posts cooking, makeup, skincare, and DIY craft tutorials on her account. She has also collaborated with the famous LA-based dance center, Millennium Dance Complex.

Kida’s 2010 video wherein he is dancing with the crew ‘The Art of Teknique’ went viral, thanks to Ludacris and Tyrese and landed the three boys on ‘The Ellen DeGeneres Show.’

Kida also made an appearance in the movie, ‘Battlefield America.’ He trained at Chapkis Dance Studio under world-renowned choreographer, Greg Chapkis. After watching Kida’s moves on ‘The Queen Latifah Show’ and ‘The Rachel Ray Show,’ he was approached by the producers of ‘So You Think You Can Dance’ in 2015. A year later, Kida won the thirteenth season of ‘So You Think You Can Dance: Next Generation’ and a grand prize of $250,000.

He has worked with A-list celebrities like Usher, Kendrick Lamar, Will Smith, J Cole, among others. In 2020, Kida set up the choreography for ‘Come Around Me’ by Justin Bieber. With over 4.3m followers, Kida is one of the most popular teen-hip-hop dancers in the entertainment industry. His social media account is packed with his mind-blowing dance videos!

@dababy hit me and said I need you. Here’s a glimpse of what that looked like. 🤝🔥 #Nodribble Out Now!! 🏀

Bailey and Kida: Prediction: How Far Will They Go?

Although Bailey and Kida have been a part of the same dance circle, it is surprising that they never thought of teaming up, until ‘World of Dance.’ Together, the duo holds the ability to set the stage on fire with their goose-bump inducing routine, seamless footwork, synchronization, and confidence.

They have already managed to give Jennifer Lopez, “the goosies” in the duels round of the junior division, and if everything works in their favor and they continue to weave their magic on the dance floor, nothing might stop Bailey and Kida from winning the show!

Read More: Where is World of Dance Filmed?