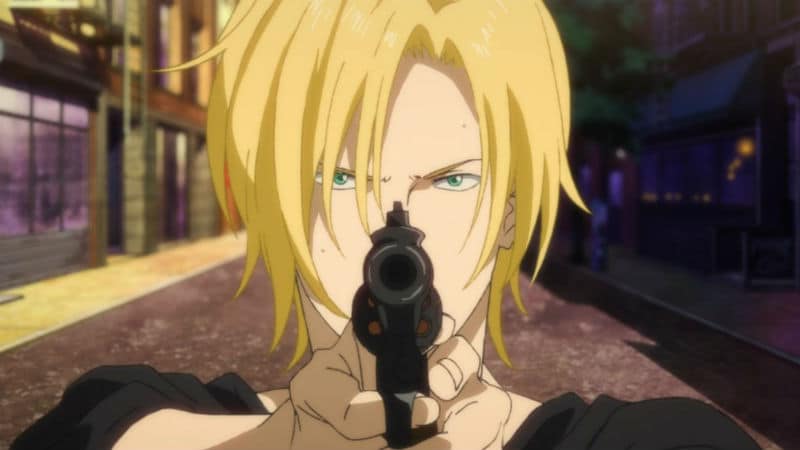 Banana Fish is a Japanese crime thriller anime television series which is based on a manga series of the same name. Written and illustrated by Akimi Yoshida, the manga series was first published on April 13, 1985 and it ran till March 12, 1994. More than two decades after the manga series was completed, a Japanese anime studio called MAPPA announced plans to adapt the manga series into an anime television series. Subsequently, Season 1 of the show made its way to viewers’ screens on July 6, 2018, and it was an immediate hit among fans of the source material and new viewers alike. Since then, fans have been waiting to hear news on a second season, and here’s everything we know about the prospects of Season 2 thus far.

Banana Fish Season 2 Release Date: When will it premiere?

Banana Fish season 1, consisting of 24 episodes, premiered on July 6, 2018 and ran till December 21 of the same year. However, in spite of the popularity Season 1 achieved, MAPPA has not announced a second season yet.

So, will there be a second season? We think that it is very unlikely. Firstly, Season 1 adapted all six parts of the original manga series, and ended on a note which hints at there being little to no possibility of a second season. Yes, there are five side stories related to the manga, and two stories in particular – Private Opinion and Garden of Light – could potentially be adapted into a second season. However, these side stories don’t quite have enough material for a second season, and MAPPA might opt to make original video animation (OVA) special episodes based on side stories instead of a whole new season. That being said, nothing can be said for certain till MAPPA makes an official announcement on the future of the show. If the anime does get renewed, our best guess is that Banana Fish season 2 release date could be sometime in 2021. We’re keeping our ears open for news on the future of Banana Fish and we’ll update this section as soon as there is any significant development.

Although the original manga series was translated into English, the anime television series has yet to receive an English dub. Regardless, you can watch the original Japanese version with English subtitles on Amazon Prime Video.

Banana Fish is a gripping and tragic crime thriller with an intricate and intriguing plot, and the events in the show take place across multiple cities in America.

The show focuses on a young man named Ash Lynx. During the Vietnam War in 1973, when Ash was just a child, Ash’s older brother, Griffin Callenreese, who was serving the US army, got afflicted by a mysterious madness and opened fire on his squad. When the other squad members managed to subdue Griffin, the young soldier collapsed, uttering the words “banana fish”.

Twelves years after the incident in Vietnam, Griffin, who is severely mentally handicapped, lives in New York City under the care of Ash, who is the leader of a gang of street children. Raised by a Corsican mob boss called “Papa” Dino Golzine, Ash was groomed as a sex slave and heir to his criminal empire. However, Ash’s life takes an unexpected turn when he encounters a dying man who gives him a vial of an unknown substance and an address in California, and with his dying breath, utters the words, “banana fish”.

Around the same time, Ash makes several allies – Japanese photojournalists Eiji Okumura and Shunichi Ibe, Chinatown gang lord Shorter Wong, and former convict Max Lobo. Subsequently, in a fight with Golzine’s men, Griffin is shot and killed, and the death of Griffin prompts Ash to start investigating the mysterious “banana fish”, which appears to be centre of some major conspiracy. Thus, Ash and his allies head to the address in California, hoping to uncover the true nature of “banana fish”. However, Ash’s investigation into “banana fish” sets off a chain of events which lead to several betrayals, and the entire underworld in New York City is thrown into chaos in the wake of the investigation.

Despite having had only one season, Banana Fish has dozens of characters, and several among them are very important to the plot of the show. Below, we’ve provided you with brief backgrounds on important characters in the show.

Ash Lynx: The main protagonist of the show, Ash was born as Aslan Jade Callenreese, but ran away from home at the age of seven. Subsequently, he was taken in by Corsican mob boss “Papa” Dino Golzine, who groomed him as a sex slave. As Ash grew older, he was given the role of an enforcer in Golzine’s crime syndicate, and later, became the heir to Golzine’s criminal empire. Despite having a promising criminal career ahead of him, Ash put everything at risk when decided to to investigate “banana fish” following the murder of his older brother, Griffin. Ash is shown to be an expert marksman and is also extremely proficient in close quarters combat with a knife. As far as his personality is concerned, Ash is shown to possess extraordinary intellect, charisma, and tactical foresight.

Eiji Okumura: The second main character in the show, Eiji is a 19-year-old college student from Japan. A former competitive pole vaulter, Eiji had a promising career in athletics ahead of him, but was forced into early retirement after sustaining a serious injury. Left with no option, he took up a job and became the assistant of Japanese photojournalist Shunichi Ibe. Eiji gets unwittingly involved in the violent series of events which unfold after he travels to New York City with Shunichi to complete a report on street gangs and befriends Ash. As far as Eiji’s personality is concerned, he is shown to be kind, gentle, and sometimes naive. Further, Ash is shown to care a lot about Eiji, and this is a weakness which Ash’s enemies often exploit.

Max Lobo: Another important character in the show, Max is a Vietnam War veteran, former New York City Police Department (NYPD) officer, and a freelance journalist. Max had served in the same platoon as Griffin, and Ash had long held him responsible for Griffin’s inexplicable madness. However, as Ash starts investigating “banana fish”, he realizes that Max is innocent, and the two become close confidants.

“Papa” Dino Golzine: The boss of the Unione Corse crime syndicate, Dino is a mob boss of considerable power who seeks to sell “banana fish” to the United States government to gain influence and augment his power. Dino also runs a child sex ring, and is the person responsible for bringing Ash up and grooming him as an enforcer and future heir to Unione Corse.