Review: ‘Bareilly Ki Barfi’ is as Desi as Bareilly and as Sweet as Barfi 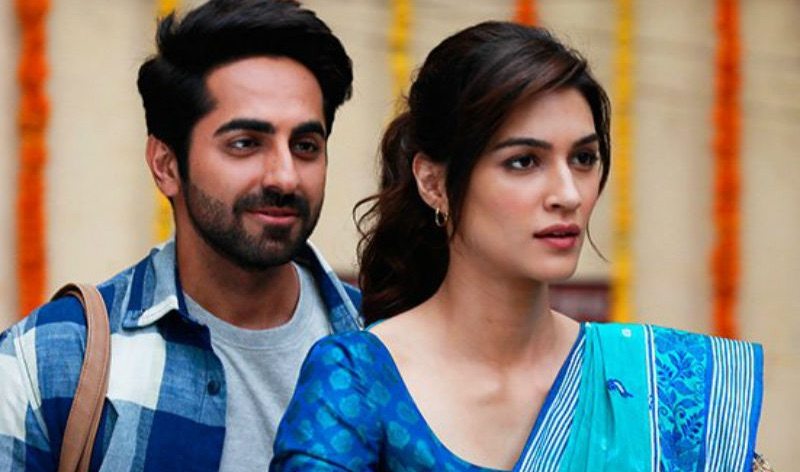 Bollywood churns out romance after romance on an almost weekly basis. There are three kinds of Bollywood romances- ones that make us yawn while in the theatre, the others are fun and frolic till the credits roll but slide into the first category before we even leave the gates, owing to zero rewatch value, and there are rare ones which we cannot get enough of. I went into ‘Bareilly Ki Barfi’ expecting it to fall under the second category, but this understated, saccharine affair falls firmly into the third one, thanks to no fancy frills and a lot of heart. 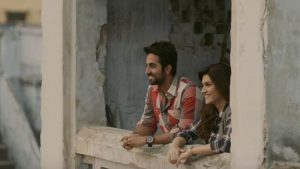 Instead of travelling to an exotic land like in most of B’Wood’s recent outings, travel to ‘Mishra Niwas’ in homey Bareilly, where Bitti lives with her anxious mother, who won’t stop pestering her about marriage and a doting father, who always seems to have paan in his mouth. Bitti is messed up in her own special little ways and wants someone who’d like her the way she is. Then she finds a novel titled ‘Bareilly Ki Barfi’, whose protagonist mirrors her own whimsies. Her search for the writer leads her to Chirag Dubey, who printed the book and also secretly ghostwrote it, stating the name of a docile friend named Pritam Vidrohi. Chirag, is smitten by Bitti, but she yearns to meet Pritam, thinking he actually wrote the book. Chirag’s shenanigans to woo Bitti form the crux of the film.

Director Ashwiny Iyer Tiwary, who rose to fame with her delightful debut ‘Nil Battey Sannata’ is at her understated best yet again. She employs no cliches of romance run to the ground by YRF-Dharma whatsoever. There are n slow-mo turns, long starry-eyed looks or songs in scenic locations which bring the plot to a jarring halt. The entire film takes place the narrow alleys of Bareilly, and even the songs are shot on terraces with peeling paint and parties in makeshift pandals with tacky lights, making the vibe all the more intimate and real. 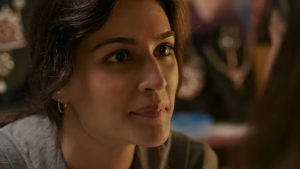 Another area where most Bollywood romances disappoint is how after a beguiling first half, they just take a nosedive. BKB manages to stand its ground, even when the initial humour gives way to a pinch of drama towards the end. While the film predictably has a meethi (sweet) ending, the way it comes about is a pleasant surprise.

The film has been co-written by Nitesh Tiwary of ‘Dangal’ fame, whose uncouth dialogues, smattered with UP’s vernacular and the guileless jokes and idioms that come along with it, do sheer justice to the milieu and are one the film’s biggest triumphs. There is barely a shred of English present, with the closest urban reference being the use of the word ‘friendzone’ (even that is pronounced as ‘friendjone’!) 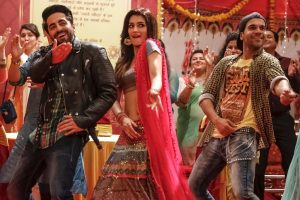 The film also boasts of winsome performances all around. Kriti Sanon, who has always stood on the fringes of hero-centric films, grabs centre-stage in BKB. Her endearing Bitti is the key ingredient to this sugary concoction, and a baby step out of her ‘girl-next-door’ comfort zone. Ayushmann Khurrana delivers yet another restrained performance. He is steadily becoming the go-to protagonist for low-key, understated romances; his gooey-eyed scoundrel is worth rooting for. But it is Rajkummar Rao who takes the cake. The mark of a wholesome actor is the ability to perform well in serious as well as farcical roles, and Rao’s metamorphosis from the deferential Pritam Vidrohi, who later feigns irreverent insolence so that Bitti stops liking him, is a hoot to watch. Also worth mentioning is the underrated Pankaj Tripathi as Bitti’s pampering father.

All-in-all, BKB is a little more than just your usual run-of-the-mill romance. Watch it for its slightly quirky twist on the usual rom-com story, its desi aura, the hilariously rustic Bhojpuri-esque dialogue and the individual and collective charm and chemistry of the lead trio. A bonny date-night movie as well as a suitable entertainer for movie night with the gang, ‘Bareilly Ki Barfi’ is as desi as Bareilly and as sweet as Barfi.