When Does Bargain Mansions Season 3 Return? 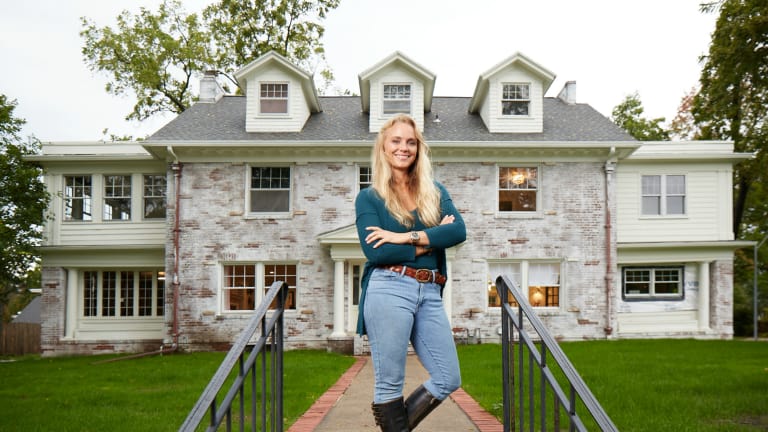 ‘Bargain Mansions’ is an American reality TV show that first premiered in 2017. The show is directed by Jeff Fisher and it is about a lady named Tamara Day. Day specializes in renovating old abandoned mansions and providing a beautiful home for the people to make memories in.

Season one of ‘Bargain Mansions’ was filmed in the Kansas City area for over ten months in 2017. “I feel like Kansas City is the third character on the show,” Day said about the show “It’s Dad and I and the city.” ‘Bargain Mansions’ has had three successful seasons so far. However, the third season has not wrapped up yet! It had just gone on a hiatus after airing its eighth episode. Here’s when season 3 returns to tv screens!

‘Bargain Mansions’ season 3 is hosted by Tamara Day, the wife of Bill Day and a proud mother of four children. She is a home restoration expert for whom restoring the neglected homes is a passion. She aims to turn old wrecked buildings into charming new homes so that people can live and love them again. She grew up on a Kansas farm with her family. She used to help her father repair and maintain the property’s buildings, learning the construction trade.

What is Bargain Mansions Season 3 About?

‘Bargain Mansions’ is a TV series about Tamara Day’s building renovation adventures. When she and her husband bought a foreclosed home of 5,000 square feet that had to be renovated completely, she took the responsibility of designing every inch of that house on herself. With the outstanding result she got, Day thought to herself that she could do this for a living. Now her official job is to buy neglected mansions or properties in Kansas City and turn it into nice and beautiful homes. The whole thing, starting from buying and renovating, to the end results, is documented in this series.

She is witty and smart enough not to destroy the antique designs like stately staircases, pocket doors, and exposed brick walls in the house, while carefully removing the unwanted or destroyed parts while giving life to the mansion. Her team includes her father and Ward, her mentor. Tamara knows how to redesign unusual layouts into desirable open-concept spaces. She sure has the skills to attract people with her incredible design strategies. Not only that but ‘Bargain Mansions’ also inspires watchers to grasp new ideas which they could inculcate in their dream homes in the future.

Tamara Day, along with her father, is seen renovating seven buildings in the first season, each taking up two episodes, released on the same day. After filming for ten months, Bargain Mansions premiered its first episode on June 15, 2017, with the name, ‘The Heart of the Home’, where she is seen tackling the kitchen of her new 1897’s bungalow. The same day, the second episode of season one also aired, where she renovates the bedroom of the bungalow. The first season has 14 episodes in total, ending its last episode on  December 20, 2017, with the title ‘Copper Showstopper’.

In season 2, Tamara works on renovating a 1938 cottage, a 1905’s Colonial house, and also a contemporary home renovation. In season 3, she tackles some of the city’s largest and oldest homes, which include a 1918 Colonial home and a 1900 Shirtwaist property — each planning 5,000-square-feet. Along the way, she also faces challenges like rotted wood, layers of the old flooring, and costly fixes to original elements. She additionally uses her expertise in overhauling large pantries, multi-purpose laundry rooms, and stunning master suites.

Tamara had expressed her views about the third season, saying: “In these houses, I’m able to save a lot of fun pieces that are old and original. But I’m also able to bring in new, modern touches that are absolutely beautiful.”