Will There be a Barkskins Season 2? 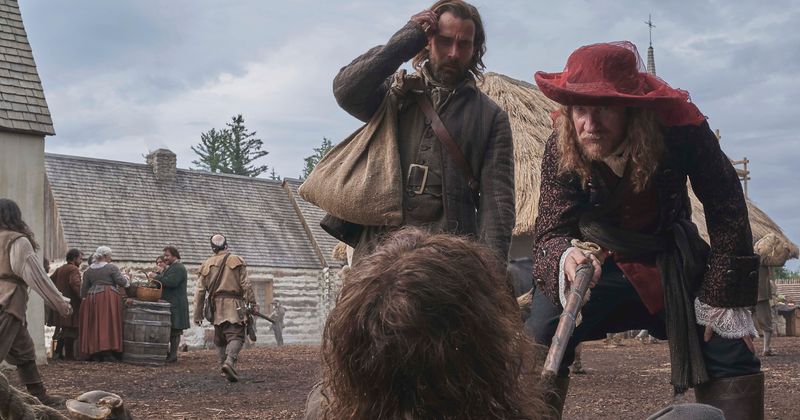 ‘Barkskins’ is Nat Geo’s historical drama television series, which is adapted from the eponymous novel, penned by Annie Proulx. The story narrates the events, following the arrival of English and French colonists in New France. It tells this tale through two immigrants, fated to serve a life of servitude in this unknown land. The show premiered in May 2020 and opened to favorable reviews from fans and critics alike. In fact, its first season was an unexpected standout because of which fans are wondering if there will be a ‘Barkskins’ season 2. Well, here is everything we know about it.

Barkskins Season 2 Release Date: When Will it Premiere?

‘Barkskins’ season 1 premiered on May 25, 2020, on National Geographic. It ended with its eighth episode on June 15, 2020. Season 1 concluded on a major cliffhanger, which left fans wanting more. Moreover, the original book that had inspired the show is of 800+ pages and the story has a lot more to cover. Even creator Elwood Reid, in response to a fan’s tweet, had replied that ‘Barkskins’ was always intended as an ongoing title. Considering all the above factors, we expect the series to be greenlit for a new outing soon. Once that happens, ‘Barkskins’ season 2 will most likely premiere sometime in 2021.

Barkskins Season 2 Cast: Who Can be in it?

The two lead characters of the show are played by Christian Cooke as Rene Sel and James Bloor as Charles Duquet. Both of them reach New France as immigrants and are bound to work for three years in indentured servitude — as punishment for their past crimes in another country. While René is a woodcutter, Charles is a thief.

Barkskins Season 2 Plot: What Can it be About?

The finale of ‘Barkskins’ season 1 ends on multiple huge cliffhangers. While the Iroquois commence their attack on Wobik, we are still to know who will survive. After all, almost all of the protagonists are seen assembling there at the time of the impending bloodbath. Moreover, there’s no answer to if Hamish is still alive. Or is Trepagny dead? Is Hamish saved by Renardette?

One of the ending scenes shows Renardette attacking Ratahsénthos and killing him with a stab wound on the neck. But Hamish, who is brutally injured, is seen looking on. So we can’t stay if he survives at all. There is also Yvon, who is in Wobik. We do know that Charles is alive and has most likely left for Quebec City. Melissande escapes too while Mathilde is in hiding. Yes, none of the burning questions are answered in season 1 and we definitely need closure in season 2!