Actor Barry Pepper’s childhood seems almost like a fairy tale adventure. Born in Campbell River, British Columbia, he started his first adventure at the age of 5 when his parents embarked on a sail on a makeshift, 50-feet boat along the coastal Vancouver. The family spent nearly five years sailing down the Canadian coast to Mexico. They sailed on through the South Pacific from Mexico for the next three years. Due to the family’s wanderlust, Pepper got to experience around-the-world schooling. The invaluable experiences during the journeys also shaped the young Pepper as a free soul with a dream of becoming an artist. He decided to create art and sell it himself through ingenious marketing techniques. But he couldn’t adjust with the rigid structure of post-secondary education.

The young man dropped out soon and started looking for other means to realize his dream. A newspaper ad helped him land his first acting job in Vancouver. He got his first breakthrough in 1992 with the critically acclaimed television show ‘Madison.’ After a couple of small roles in television shows such as ‘The Outer Limits,’ Pepper moved to Hollywood.

Later, a cattle call for ‘Saving Private Ryan’ turned his luck on its head. He cleared the audition and joined the project in the late ‘90s. The Steven Spielberg war epic launched his stellar career in Hollywood as the beginner’s luck never left him after ‘Saving Private Ryan.’ The actor’s other major works include ‘Enemy of the State,’ ‘The Green Mile,’ ‘True Grit,’ ‘Broken City,’ ‘The Lone Ranger,’ ‘Kill the Messenger,’ ‘Maze Runner: The Scorch Trials,’ ‘Monster Trucks,’ ‘Bitter Harvest,’ and ‘Maze Runner: The Death Cure.’ So now you must be wondering what is the next Barry Pepper movie or TV show? Well, here’s the list of upcoming Barry Pepper films and TV shows scheduled to release in 2019 and 2020. We can only hope that the latest Barry Pepper movies would be as good as some of his recent ones. 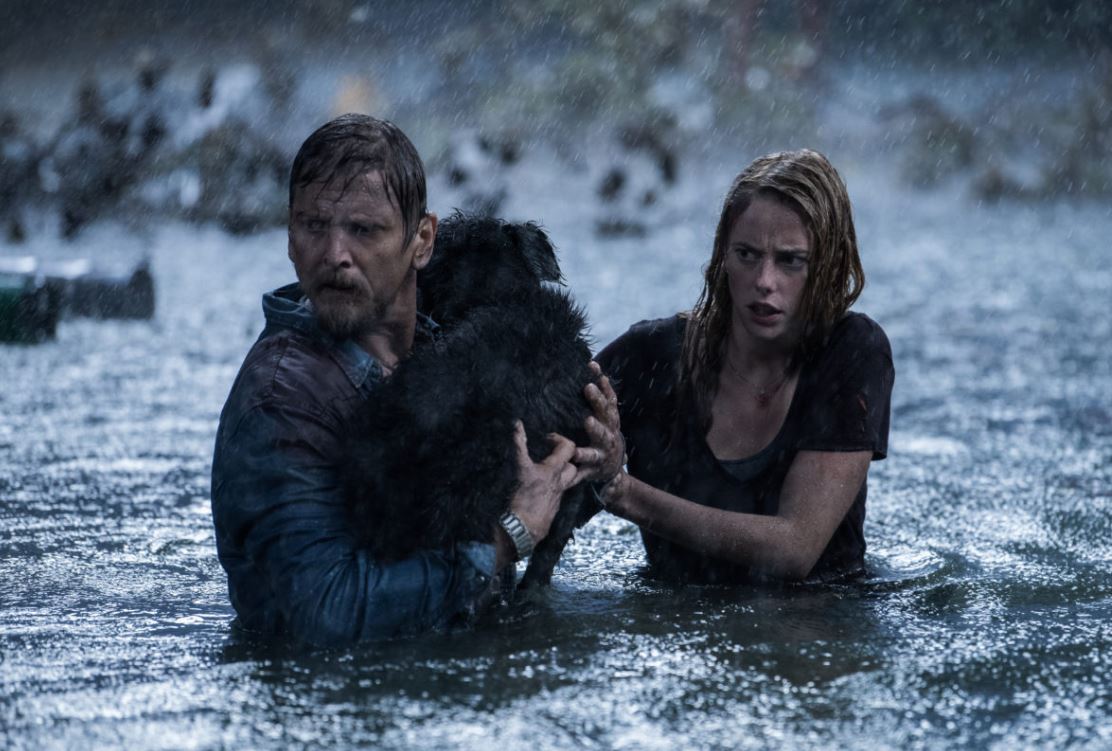 Barry Pepper teams up with Kaya Scodelario for the upcoming thriller ‘Crawl’ from Paramount. The plot follows Haley Keller (Scodelario), a young woman who struggles to move her ailing father Dave Keller (Pepper) to a safer place while a Category 5 hurricane descends upon Florida. But in the midst of her desperate efforts to move things and her father, Haley finds herself locked in the house with strange companions. Now, Dave and Haley have to fight against the hurricane, the rising waters and one of the deadliest predators on Earth – the blood-thirsty alligators!

Apart from Pepper and Scodelario, Ross Anderson and Anson Boon play major roles in the movie. Alexandre Aja, who is known for ‘Piranha 3D’ and ‘Horns,’ is set to direct the movie from a screenplay by Michael Rasmussen and Shawn Rasmussen, reports THR. Sam Raimi, who is the man behind ‘Evil Dead’ and ‘Spider-Man’ franchises, produces the project under his banner Raimi Productions along with Craig Flores and Ghost House Pictures. Paramount Pictures releases ‘Crawl’ on July 12, 2019. 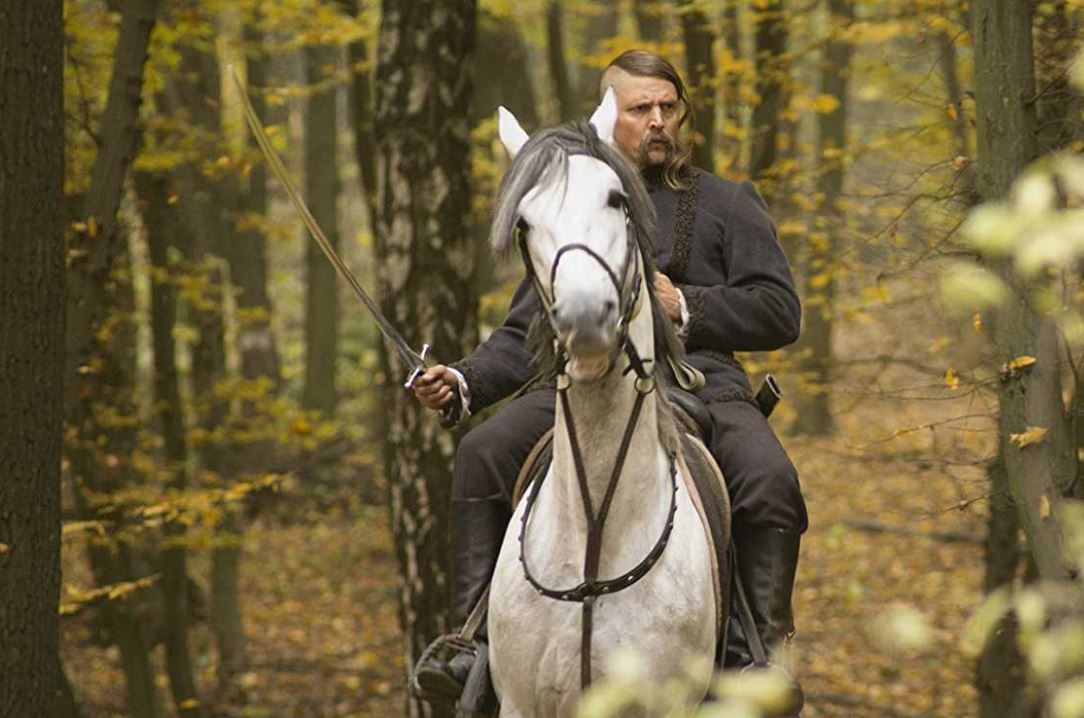 ‘The Painted Bird’ is an upcoming holocaust drama based on the 1965 Polish novel of the same by Jerzy Kosinski. Set in Nazi-occupied Eastern Europe during World War II, the plot follows a Jewish boy who struggles to stay alive amidst the holocaust. The novel picked up a significant amount of notoriety for its raw depiction of brutality in the time of helplessness. The movie has been hailed by critics as one of the most original depictions of Eastern Europe under the Nazis. The boy becomes a silent witness to a number of cold-blooded, haunting and inhuman war crimes during his wanderings through the war-torn small towns and villages. The ordeal leaves indelible marks on his psyche that carry over into his future. The novelist uses an invented Slavic “Esperanto” language along with German and Russian in the narration.

The feature adaptation of ‘The Painted Bird’ is a dream project of Czech director Vaclav Marhoul, who acquired the rights to the novel back in 2010. He has been writing, directing and producing the project ever since. The movie features an ensemble cast that includes Barry Pepper, Stellan Skarsgard, Harvey Keitel, and Julian Sands, along with child actor Petr Kotlar who makes his acting debut as “The Boy.” Pepper reportedly plays the character of Mitka, a soldier in the Red Army regiment. When he crosses paths with the Boy, Mitka takes him in under his wings. He trains the boy to stop being a victim of the war criminals and reinvent himself as a ruthless oppressor in order to survive difficult times. The war epic is produced by Silver Screen in association with Czech Television, Eduard & Milada Kucera, Certicon, Innogy, Richard Kaucký, Directory Films, PubRes, as well as Slovak Radio & Television’. ‘The Painted Bird’ is lined up for a September 2, 2019 release in Italy. 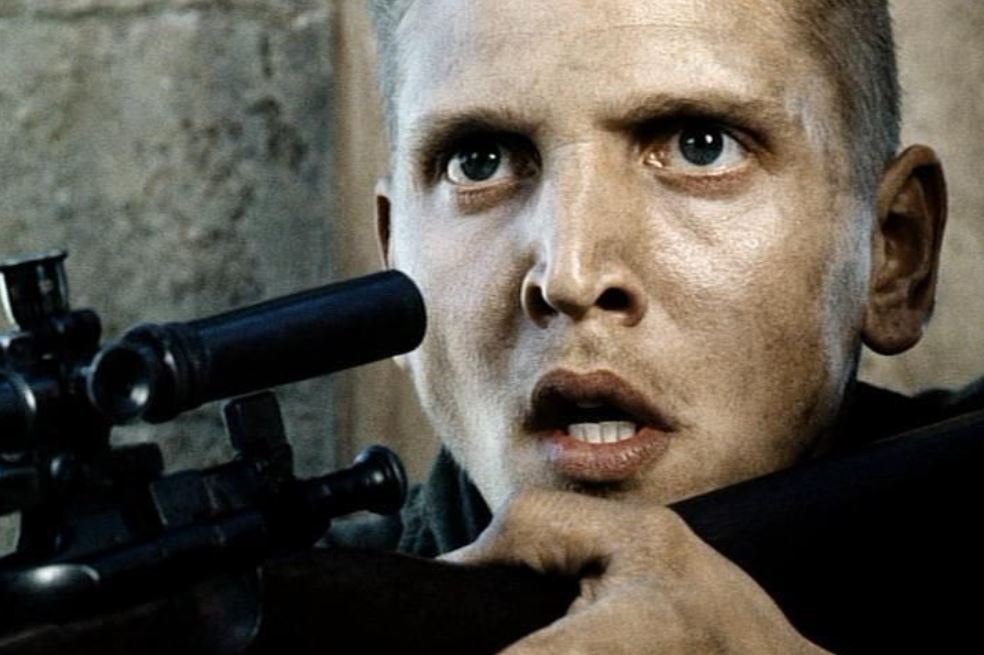 Barry Pepper will be seen alongside Nicolas Cage and Laurence Fishburne in the action-packed thriller ‘Running with the Devil.’ According to THR, the plot follows a million-dollar cocaine shipment from Mexico to Canada via. the U.S. But when the shipment vanishes without a trace, the ruthless drug cartel leader The Boss (Pepper) assigns his deadliest henchman Cook (Cage) to track down the vessel. Cook joins forces with another seasoned drug trafficker called The Man (Fishburne) for the dangerous mission of cleaning up the cartel’s supply chain off moles and defectors. ‘Running with the Devil’ is written and directed by Jason Cabell, a former Navy SEAL who worked with DEA in Colombia. The filmmaker reportedly draws on his own experiences for the movie. Other cast members include Leslie Bibb, Adam Goldberg, Clifton Collins Jr, Cole Hauser, and Peter Facinelli. Described as a “drug thriller,” ‘Running with the Devil’ is produced by Michael Mendelsohn of Patriot Pictures.