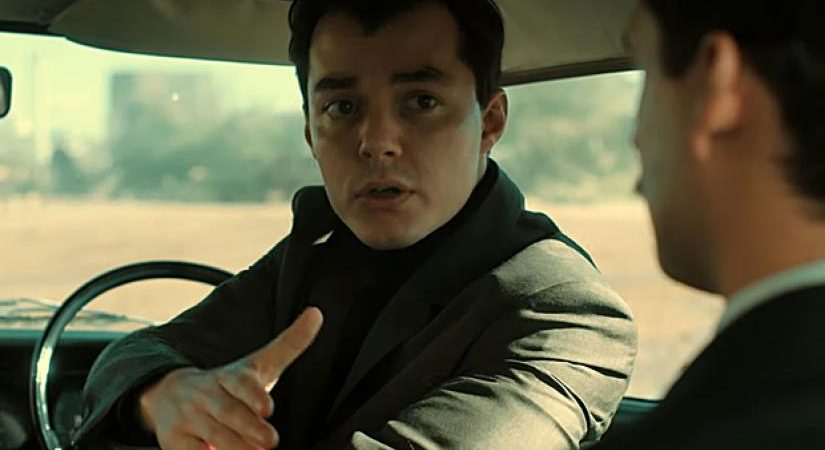 ‘Pennyworth’ is the upcoming DC prequel series to the Batman story which is coming to Epix. The show recently dropped a teaser trailer. We finally get a look at Alfred Pennyworth, the butler to the Wayne family, and the father figure and friend to Bruce Wayne aka Batman. The official synopsis of the show reads, “From Warner Horizon Scripted Television, DC origin story Pennyworth is a ten-episode, one-hour drama series based on DC characters created by Bob Kane with Bill Finger.  It follows Bruce Wayne’s legendary butler, Alfred Pennyworth (Jack Bannon), a former British SAS soldier who forms a security company and goes to work with Thomas Wayne (Ben Aldridge), Bruce’s billionaire father, in 1960’s London”.

It is indeed good to see Alfred get the center stage after 80 years of serving the Wayne family in various capacities, to the best of his abilities. We see Jack Bannon of ‘The Imitation Game‘ fame play Alfred in his twenties. He decides to start his own security company after leaving the services of the SAS (British special forces). Alfred’s company and line of work catch the eye of and introduce him to billionaire Thomas Wayne, played by Ben Aldridge of ‘Fleabag’ and the rest, as they say, is history. Unlike most Batman series, the teaser sets itself apart with a very old-school spy thriller vibe, and to our surprise even hints at a possibly seductive Queen Elizabeth, though we have to wait and find out what’s what once ‘Pennyworth’ releases.

‘Pennyworth’ is being made by Bruno Heller and Danny Cannon, the makers of ‘Gotham’. Cannon spoke about how Harry Palmer and James Bond influenced the upcoming show, saying, “I went back and watched Michael Caine’s Harry Palmer movies, and the first couple of James Bond movies, because going back to that Cold War kind of storytelling I liked going back into this period because all of our Berlin movies and Russian espionage movies, it was like the British version of westerns. Like there was a wild west quality to the Cold War. Because after the war was done, we knew that there was a nuclear bomb, and we were capable of terrible things, but the spying and the style in which it was done, and the dignity with which it was done, and the charm with which it was done I thought all reminded me of what Bruno had been talking about. So going back to those movies, and watching what was good about Michael Caine back there was he didn’t hide his accent. And the fact that Harry Palmer was very unpopular, but he just got the job done. Because he called everything as it was. His feet were firmly placed in the ground, he’d look people in the eye and I really appreciated that James Bond, same thing too.”

The rest of the cast of ‘Pennyworth’ includes Jason Flemyng of ‘The Curious Case of Benjamin Button’, Paloma Faith, Hainsley Lloyd Bennett of ‘Eastenders’, Ryan Fletcher of ‘Outlander’, Polly Walker of ‘The Mentalist‘ and Emma Paetz of ‘Gentleman Jack’. Production is ongoing at Warner Bros. and the show is set to release in the summer of 2019.

You can check out the 17-second teaser of ‘Pennyworth’ below.