Based on the influential as well as controversial 1988 comic book of the same name by Alan Moore (Writer), Brian Bolland (Illustrator), and John Higgins (Colorist), ‘Batman: The Killing Joke’ is a provocative exploration of the relationship between Batman and the Joker. With Bruce Timm serving as one of the co-producers, Kevin Conroy and Mark Hamill returned to the DC animated universe to reprise their roles from ‘Batman: The Animated Series.’

The new additions to the cast include Tara Strong as Barbara Gordon or Batgirl, Ray Wise as Commissioner James Gordon, Brian George as Alfred Pennyworth, and Robin Atkin Downes as Detective Harvey Bullock. While the film remains mostly faithful to the source material, Brian Azzarello’s script does have an extra edgy tangent between Batman and Batgirl. SPOILERS AHEAD! 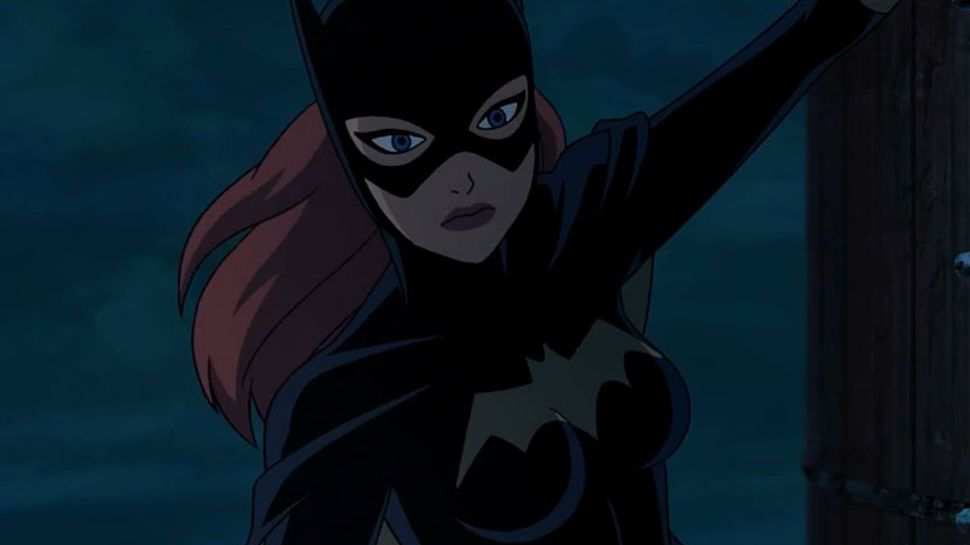 The first half of the film is told from Batgirl’s perspective and is not as nihilistic as the second part. Although predominantly set during the night, Gotham, despite all its ominous grimness, is flooded with the brightness of the full moon and the city lights. Batgirl tries but fails to catch a rising figure in the criminal world, Parry Francesco or Paris Franz (Maury Sterling), who becomes obsessed with her. Through suggestive messages, he leads her to the body of Carlos Francesco (John DiMaggio), his uncle, and the biggest mobster in the city.

By killing him, he wants to establish his control over the older man’s criminal empire. Batman or Bruce Wayne (Conroy) quickly realizes that his partner is on a dangerous path and instructs her to sit this one out. This eventually results in a verbal and physical confrontation between them, which leads to them having sex. When they finally locate Paris, she starts brutally beating him but stops when she realizes how right Batman was about her.

Batman and Commissioner Gordon visit the Arkham Asylum so Batman can attempt to end his long-running feud with the Joker (Hamill), but they discover that he has escaped, leaving a decoy in his place. Later, the Joker ambushes Barbara and Gordon at Gordon’s home, shooting Barbara in the abdomen and abducting Gordon. Like in the graphic novel, there are certain implications that the Joker rapes Barbara by the nude photos he takes of her after the attack. He takes Gordon to a dilapidated amusement park, and with the help of his underlings, starts torturing him. 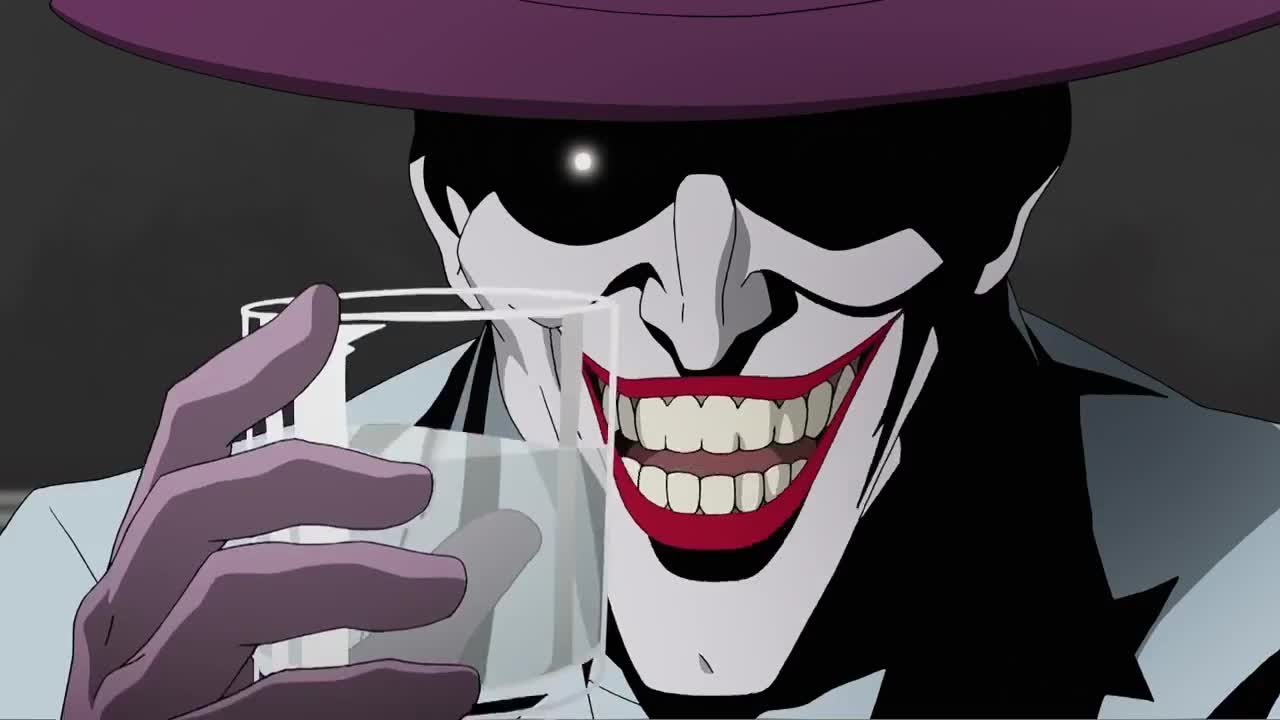 The flashbacks showcase the origin story of the Joker. He used to be a lab assistant before leaving the job to pursue a career as a stand-up comedian. He had a wife, Jeannie (Anna Vocino), and a child on the way. After his stint in the stand-up circuit ends in a dismal failure, he turns to the world of crime to support his family. But before his first job, in which he is robbing his previous workplace, with two veteran criminals, he learns that his wife has died in an accident.

Although he has no reason to go through with robbing the chemical plant any longer, he is forced to do so by his associates. They make him wear the costume of the Red Hood during the crime. While they are there, his two accomplices turned captors are killed by the security team. He comes face to face with Batman and tries to run, only to fall into the plant’s waste pond. When he finally emerges from there, he discovers that there are permanent scars on his face that give him the appearance of a clown. His insanity and grief overwhelm him, and thus, the Joker is born. 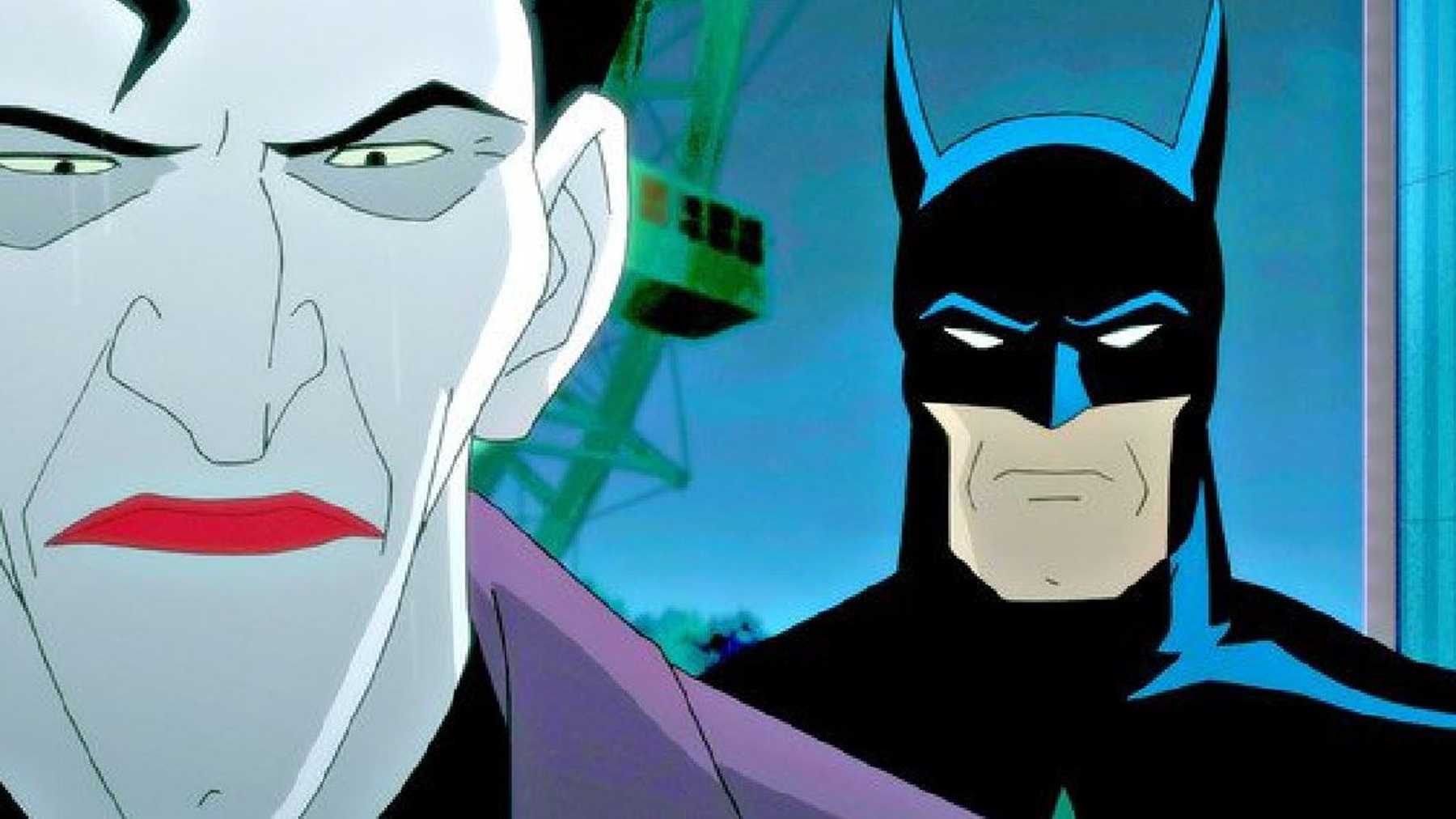 The Joker abducts and tortures Gordon with one single purpose – he wants to show Batman that anyone, even someone as morally stable as the Commissioner, can become twisted and insane under the right circumstances. But his actions are not driven by his desire to provide himself with an excuse but to demonstrate that the entire world is as mad and psychotic as him. However, Gordon has always been the moral equivalent of the Polaris in the dark and nihilistic Batman canon.

Even here, despite all the physical and physiological pain he endures, including seeing the photos of his daughter from the attack, he doesn’t break. After Batman rescues him, he tells the Caped Crusader to apprehend the Joker “by the book.” Batman pursues the Joker through the amusement park and enters an apartment. The room starkly resembles the Joker’s home when he was still a family man. Only here, all the furniture is stuck to the roof.

Batman and the Joker fight, with the Joker gloating that he has shown through Gordon that it only takes “one bad day” to pivot a man towards insanity. Batman responds by relaying what Gordon told him earlier and adds that “so ordinary people don’t crack. Maybe, it’s just you.”

The Final Scenes: Does Batman Kill the Joker? 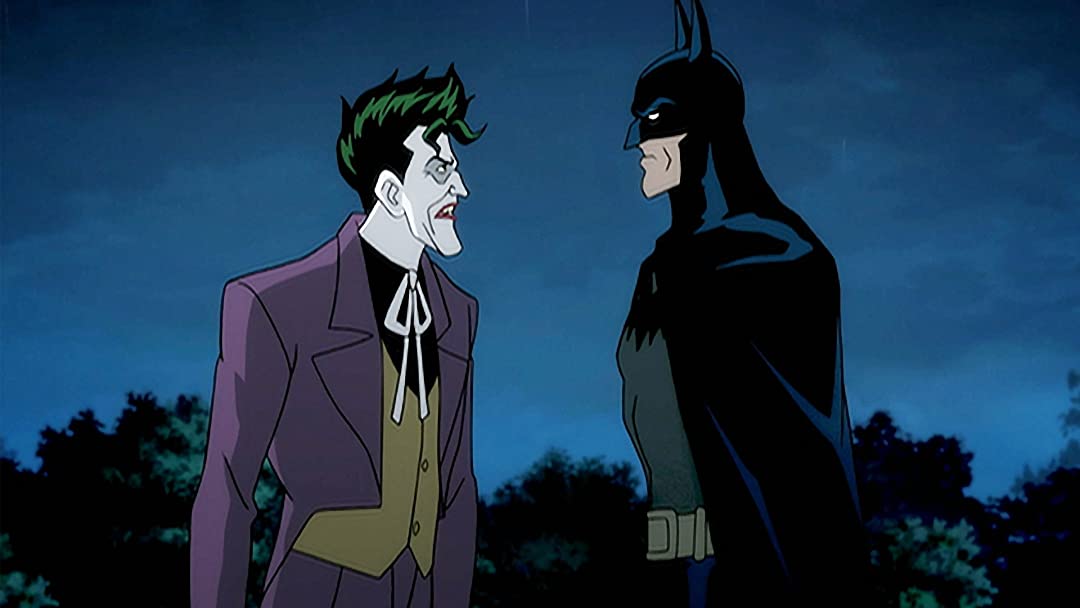 The last section of the graphic novel is one of the most-researched and debated-upon subjects in the history of comics. The film closely follows what happens in the source material. After Batman subdues the Joker, he urges him to mend his ways. The Joker offers a polite refusal, stating that he is way beyond that. He then laughs and says that this situation is making him remember a joke, in which two patients are trying to escape a mental asylum.

They see rooftops stretching across the town to freedom. The first patient has no problem jumping from rooftop to rooftop. But the second patient is afraid of falling. So, the first man offers to shine a light across the gaps between the buildings, to which the second man replies, “What do you think I am, crazy? You’ll just turn it off when I’m halfway across!” Batman starts laughing along with the Joker and puts his hands on him. Even when the former stops, the latter’s laughter can still be heard as the film ends.

The film has a mid-credit scene, which is not part of the graphic novel. In it, Barbara, paralyzed from the waist down and now using a wheelchair, is shown accepting her new role as the Oracle. As Moore once stated, the book shows that Batman and the Joker are psychologically “mirror images of one another.” And in case you are wondering if, in the last sequence of the film, Batman kills the Joker, the answer is – no, he does not.

This theory – which has been propagated by many – has actually been debunked by Moore himself. One possible interpretation of the final section of the film is that Batman finally acknowledges the similarities between the two of them by placing on his hands on the Joker’s shoulders. Another theory is that he is just simply preparing the Joker for the arrest before the police arrive.