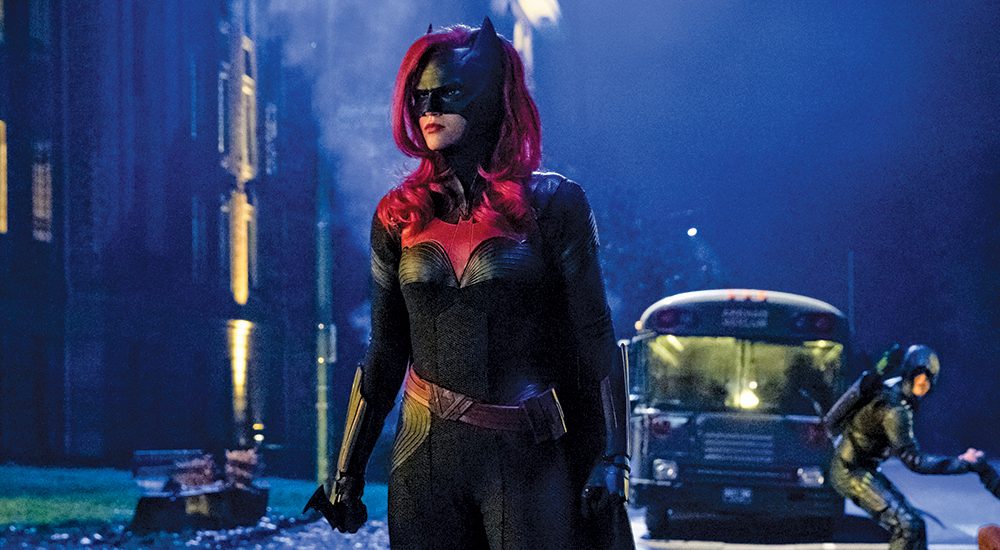 ‘Batwoman’, based on the DC Comics character Batwoman aka Kate Kane, is a superhero tv series developed by Caroline Dries (‘The Vampire Diaries‘) and Greg Berlanti. Set in Arrowverse, the show airs on The CW and revolves around Batwoman, who first appeared in ‘Elseworlds’, the 2018 crossover for the ‘Arrowverse’ series. After an announcement that a full-fledged series was commissioned which centers on the female crime-fighting vigilante, ‘Batwoman’ received a pilot order in January 2019. Soon, it was given a full series order for the 2019-20 television season and was picked up in May 2019.

‘Batwoman’ season 1 premiered with its pilot episode on The CW on October 6, 2019. After airing for 9 episodes, the show went on a mid-season break on December 9, 2019. The good news is that fans won’t have to wait for long for the show to come back on the tv screens. ‘Batwoman’ season 1 episode 10 will release on January 19, 2020. The first season is expected to last for 22 episodes.

As The CW’s fan-favorite superhero drama ‘Arrow‘ plans to conclude with its eighth season, ‘Batwoman’ seems to be the perfect replacement. Bringing in the same broody backdrops and a serious, determined protagonist, ‘Batwoman’ offers a promising start.

Batwoman Cast: Who is in it?

Ruby Rose from ‘Orange Is the New Black‘ and ‘John Wick 2′ fame stars in the titular role of Kate Kane or Batwoman. Kate is a gay, superbly trained, vigilante street fighter, seeking justice and guarding her hometown Gotham from evil forces. Meagan Tandy (‘Teen Wolf‘) plays Sophie Moore, yet another protector of Gotham, who had graduated from the military academy and is a skilled private security agent.

Rachel Skarsten from ‘Birds of Prey’ fame stars as the primary antagonist Alice, a crime boss and the leader of the Wonderland Gang. Alice is charming, extremely manipulative, and has a dominant maniacal side to her personality — which constantly changes from sane to insane. Dougray Scott (‘Mission Impossible 2′ and ‘Hitman’) plays Jacob Kane, leader of The Crows — a private security firm dedicated toward guarding Gotham. Jacob was formerly a military official and is also Kate’s father. Elizabeth Anweis stars as Catherine Hamilton Kane, Kate’s stepmom and a prominent figure in Gotham. Catherine is a smart, fierce, and determined defense contractor.

Batwoman Plot: What is it about?

The events of ‘Batwoman’ take place three years after the mysterious disappearance of Batman, which leaves his city Gotham in chaos. Jacob Kane assumes responsibility by forming a team called the Crows Private Security, which guards the city using military power and firearms.

However, when Alice and her Wonderland Gang arrive to create a further mess, Jacob’s daughter Kate decides to return home. She prepares to don her vigilante avatar, the one thing that her father despises. Still, she bypasses Jacob’s wishes and transforms into the female Dark Knight of Gotham. Kate teams up with her stepsister Mary and Wayne Manor’s keeper Luke Fox, and together they embark on a mission to bring back order to her missing cousin Bruce Wayne’s hometown. Kate Kane, now known as Batwoman, becomes the savior and a fresh ray of hope for the shadowed streets of Gotham.

Kate’s primary motive for embracing her vigilante side is the kidnapping of her lover, Sophie by Alice. Sophie is also one of The Crows’ best officers. Meanwhile, Kate also needs to overcome her own demons — past memories of her family’s (mom and sister) assassination during one of Gotham’s wars. Kate does everything possible, within her power to stop the evil machinations of the psychotic Alice, whose dual persona keeps on oscillating between sanity and insanity.

‘Batwoman’, as a character, is one of DC’s most beloved superheroes — who has seen multiple reincarnations since her first introduction in 1956. Named Katherine, she was created to put an end to rumors that Batman and Robin were homosexuals. And Kathy landed as a woman who would earn the Dark Knight’s affection. She was finally killed off in the 1970s. The current version of Arrowverse’s Batwoman, Kate, was originally introduced in 2006 as Bruce Wayne’s maternal cousin. She is a member of the extended Bat-family and has featured in multiple solo stories. With a long-running presence in books, comics, and shows/films, ‘Batwoman’ is an ideal addition to The CW’s slate of super-hero centric programming.

You can check out the official first look trailer for ‘Batwoman’ season 1 below.