Batwoman S01 E12: Everything We Know 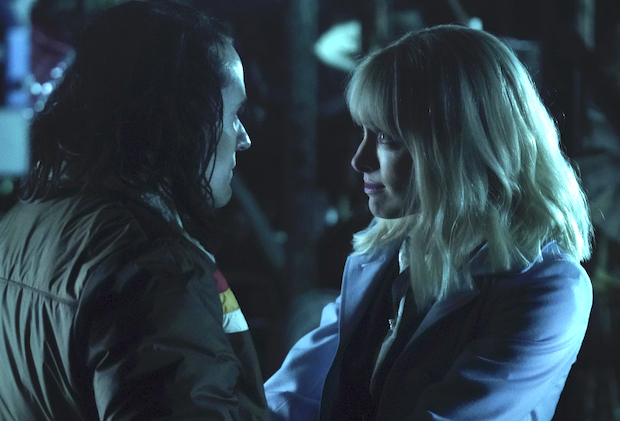 ‘Batwoman‘ is one of the later additions to the Arrowverse. However, it has quickly become well-liked among fans, because of the representational politics in the show. Kate, Bruce Wayne’s cousin, is forced to take up the crime-fighting mantle, and protect Gotham from an assortment of villains, after the Caped Crusader disappears.

The show is just in its first season, but we are already hooked to the characters, not to mention the action. The previous episode has been one of the stronger ones, with Kate grappling with her identity as a vigilante and a lesbian. When the media hints at a romantic affair between Kate and a police officer on the job, she is forced to reach out and tell the truth, hoping that more people relate to her.

That being said, the episode also ends with the twist of Beth reappearing, apparently from a semester abroad. Naturally, you might be wondering about what goes down in the latest episode. We are here to tell you that, right after walking you through when and where to watch the upcoming episode.

‘Batwoman’ Season 1 Episode 12 is slated to release on Sunday, February 16, 2020, at 8/7c on The CW. The episode has been titled ‘Take Your Choice’ and is obviously about choosing between Alice or Beth’s survival.

‘Batwoman’ is on The CW, so the simplest way to see it is with a cable connection. If you don’t have one, you can always head to The CW site or app, and stream the episodes. Since cord-cutters are on the rise, options have been made available to them as well, including DirecTV, Fubo TV, and YouTube TV. Some of these platforms have free trial periods before they charge you for services.

Amazon Prime subscribers can buy and stream the episodes of the show.

You can check out the promo for the upcoming episode below. Things get heated up, as a shoot on sight order is issued against Alice. The episode is bound to be action-packed, throughout.

‘Batwoman’ Episode 11 starts with the return of a familiar character. We see Beth showing up in the last episode. However, this obviously begs the question about how she could have shown up. This is where the ‘Crisis’ episode’s aftermath can be felt. As a result of those events, there have been multiple glitches all over the universe.

Naturally, these glitches are bound to serve as plot points in other ‘Arrowverse’ shows. However, for now, Kate has to deal with the return of her sister. With strong flashback scenes, the episode gives us a glimpse into Alice’s life and traumatic past as well.

We begin to understand more of why Alice has decided to retreat to the fantasy of a fairy tale. That being said, it quickly becomes evident that Beth and Alice cannot survive in the same universe. There can be only one. Thus, the surprise appearance is colored with a hint of upcoming violence.

The next episode will see the choice being played out, as either Alice or Beth can exist in this new world. Definitely the odds are stacked against Alice, with the shoot on sight order issued. That being said, Beth’s appearance in this episode has an impact on other characters as well, including Luke, who is pushed out of his comfort zone. Moreover, it is heartening to see Mary bonding with the doppelganger of the woman who murdered her mother.

Understandably, there will be a resolution down the line, but there have been some good sequences in this episode, including the climax where Beth pretends to be Alice. It remains to be seen how the upcoming episode plays out for these two characters, and the impact it has on Batwoman.