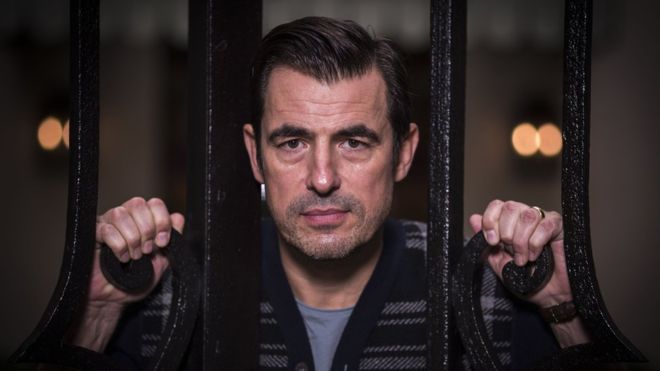 BBC and Netflix summon the horror out of Transylvania as Dracula baring his fangs in glee, once again! The long-gestating ‘Dracula‘ series set new directors and new cast members signed on. Jonathan Aris, who is known for ‘Black Mirror: Bandersnatch,’ and Sacha Dhawan, ‘The Boy With the Top Knot’ fame, joined the cast, reports Variety. Other new additions include Nathan Stewart-Jarrett, known for ‘Misfits,’ and Catherine Schell, known for ‘On Her Majesty’s Secret Service.’ The new cast members join the already-confirmed list of Claes Bang, the Danish actor who plays ‘Dracula,’ Youssef Kerkour and Clive Russell.

While Jonny Campbell of ‘Westworld‘ directing the first episode of the three-part series, Damon Thomas, known for ‘Killing Eve’ directs the second episode. Paul McGuigan of ‘Film Stars Don’t Die in Liverpool’ helms the third episode. The series is produced by Hartswood Films which made ‘Sherlock’ earlier. ‘Doctor Who’ showrunner Steven Moffat co-writes the screenplay with ‘Sherlock’ scribe Mark Gatiss. Variety also reports that Gatiss plays a mysterious role in the series.

“It’s seriously delightful that our new ‘Dracula’ is being shot at Bray Studios, the former home of Hammer Films,” Gatiss is quoted as saying in the Variety report. “This wonderfully atmospheric and legendary studio gave birth to so many famous monsters and stars – most memorably Peter Cushing and Christopher Lee. As we watch Transylvania once again rise on the sound stages of Bray, it’s amazing to be able to say that Count Dracula has finally come home,” he adds.

Though the plot details are under tight wrap, the makers hint at a 21st-century retelling of Bram Stoker’s 1897 horror classic. An official synopsis released by BBC reads, “In Transylvania in 1897, the blood-drinking Count is drawing his plans against Victorian London. And be warned: the dead travel fast.” ‘Dracula’ also marks the second collaboration between Moffat and Gatiss after their successful outing together for Hartswood’s ‘Sherlock.’

‘Dracula’ hit headlines a couple of days back when reports hinted replacing Dracula’s arch-rival Professor Abraham Van Helsing with a female actor. Writer Steven Moffat is the chief catalyst in making Van Helsing female, said reports. The role of Van Helsing is often synonymous with Peter Cushing who immortalized the vampire hunter in the Hammer Horror flicks opposite the legendary Christopher Lee.

The series is a co-production of BBC One and Netflix, while Gatiss, Moffat, Vertue and the BBC’s Ben Irving serving as executive producers. Tobi de Graaff, director of commissioning and co-production at BBC Studios, locked the deal with Netflix and Hartswood Films. ‘Dracula’ will have three 90-minute episodes. It will premier on BBC One in the U.K. and Ireland followed by Netflix’s U.S. and international premiere.

The production has already started at Orava Castle in Slovakia. Other major locations include England and Bray Studios. “We sort of made a promise to ourselves and the people who are making it, paying for it, that we’d make Dracula the hero of his own story, and less of a shadowy presence. And that’s a really clever idea, but we had to make good on it!” Gatiss told The Radio Times in a March interview.