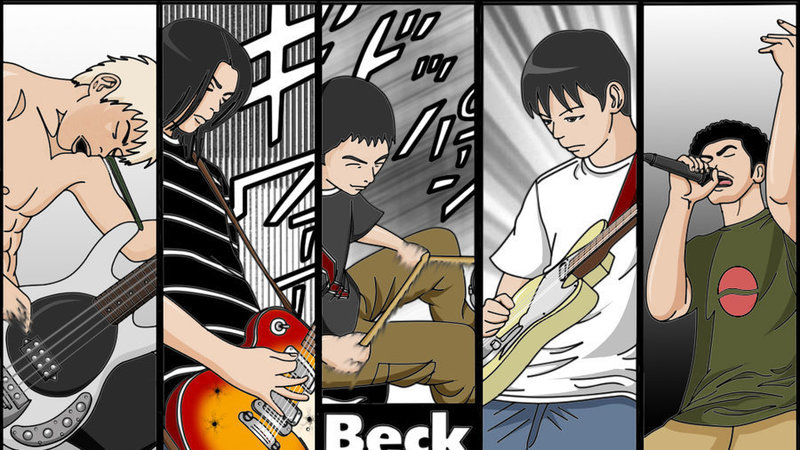 Most high school slice-of-life anime try to create a perfect picturesque setup that emphasizes a bit too much on the disappointing ennui of the real high school life. But ‘Beck’ takes a very grounded approach towards the same genre and gives you a sort of alienating experience, wherein, you only get to perceive all the characters from a distance.

Produced by Madhouse Studio (‘Death Note‘, ‘One Punch Man‘, ‘Hunter X Hunter‘), ‘Beck’ is a very unique coming-of-age anime that shines because of its sense of realism and its passionate OSTs. ‘Beck’ is indeed one of a kind and if you have already seen its first season, you’ve probably wondered if it will ever be renewed. Here is everything that you know need to know about the potential possibilities of its sequel.

Beck Season 2 Release Date: When will it premiere?

It has now been more than a decade since its release and the chances of its renewal are quite narrow. Also, since Madhouse studio is one of the biggest names in the anime industry and has some of the best-known shows under its belt, it seems very unlikely that the studio would even consider renewing an anime that is more than a decade old. In the unlikely scenario the anime does get renewed, ‘Beck’ season 2 can release sometime in 2022 or later.

The English dub of ‘Beck’ is available on Funimation.

Yukio “Koyuki” Tanaka just wanders around with no goals or dreams in life. However, he is a kind and good human being. One fine day, he witnesses a bunch of teenagers harassing a dog named Beck and he instantly decides to save him. With this, he ends up meeting the dog’s owner—16-year-old Ryuusuke “Ray” Minami, an emerging rockstar who is the former member of a very popular rock band.

Soon after this, Koyuki suddenly feels drawn to the kind of music that Ray plays and he decides to hone his own skills as a guitarist. The two boys then decide to start something of their own, and with a band named BECK, they step into the world of western rock culture and embark on a journey towards fame.

Chiba is the main vocalist of Beck who was first included in the band after a baseball match fight. Ryusuke just somehow discovered that Chiba is really good with punk and rap vocals, and decided to give him a shot. Chiba is one loud guy who always gets into fights. He does not hold himself back from insulting others and is always full of energy. He dreams of being famous one day so that he can truly provide for his family and make them proud. Chiba used to be a crybaby when he was much younger but after he learned how to fight, he started brawling with all the people who tried to insult him in any way.

Yukio spends most of his time all by himself at the beginning of the series. No one from his school notices him and he just kills most of his time at the arcade as he has no particular hobbies or special talents. However, when he meets rock ‘n’ roll guitarist Ryusuke Minami for the first time, his life completely changes. He decides to overcome his shyness and starts learning the guitar. Within no time, he becomes a prominent member of Ryusuke’s rockband BECK and his dedication towards music also serves as inspiration for the members of the band.

More commonly known as Ray, Ryusuke is the leading member of BECK. Though a little bit of a slacker at times, he proves to be an extremely talented guitarist. More than that, despite being one of the “cool kids”, he really respects the ones around him and appreciates all the hard work that Yukio puts in. Only when it comes to music, he shows some amount of dedication. But when it comes to all the other things in his life, he never really bothers putting in any extra efforts.

Contrarily, he is also quite competitive and even after knowing that something is out of his reach, he tries to achieve it. He only sticks up for what he feels is right and dismisses everything else. His bad habits of stealing, gambling and getting in trouble with women often prove to be problematic for the band, but it’s his incredible music talent that gives the band a very unique appeal.