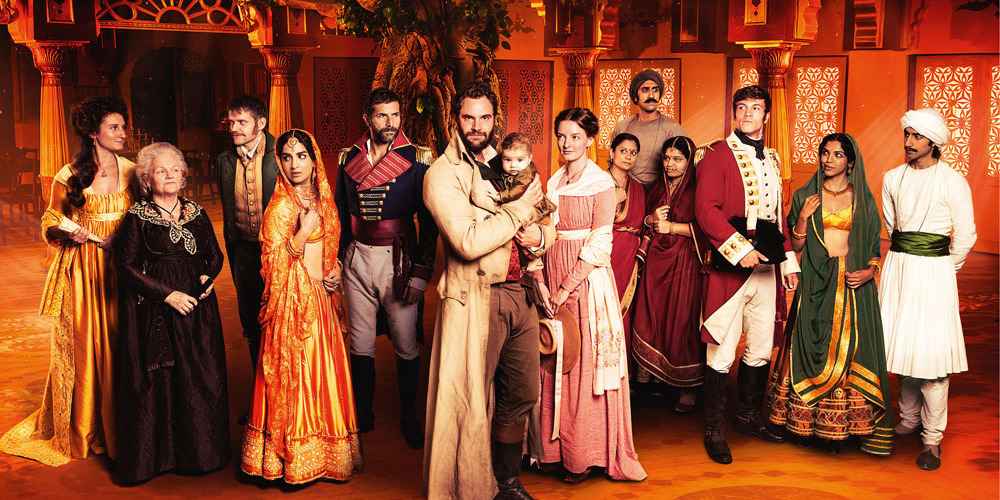 ‘Beecham House’ is a British historical drama series that puts a spotlight on the life of Englishman John Beecham. Set in 1975 British India, the show follows the former soldier as he cuts all his ties with the avaricious East India Company and moves to Delhi to begin a new chapter as an independent merchant and start a family, but life has some other plans for him. The show has been created by filmmaker Gurinder Chadha, who is best known for ‘Bend It Like Beckham.’

The show premiered in June 2019 and opened to mixed reviews from critics and audiences. It was lauded for its production design, cinematography, period costumes, diverse characters, and its treatment of complicated geopolitics, while some viewers condemned the show for using genre tropes. Although the period drama was touted as “Downton Abbey in Delhi,” people claimed that it fails to recreate the magic of the classic series.

Despite that, the show managed to garner a decent following, especially from Asian audiences, who even sent fan-mails and social media shout-outs to the creator, congratulating her for the series. It even received a BAFTA nomination for Costume Design. Regardless of the response, ITV pulled the plug on the show after just one season. In case you’re wondering: What does the future hold for the show and will there ever be a ‘Beecham House’ season 2? Well, we have some news for you but brace yourself as it’s not that good.

Without further ado, let’s jump right into whether there’s a possibility of a second season! According to the reports, the show couldn’t perform as well as the other series in the same slot on the network. A spokeswoman for ITV said, “We have no plans for Beecham House to return, but the series is still to air in the U.S. from March 2020 and creator Gurinder Chadha is actively having conversations with international broadcasters with a view to the drama returning beyond series one.”

“We’re extremely proud of our landmark TV series Beecham House and our incredibly diverse team, both in front and behind the camera. The series has been loved by our audience and we were delighted that the overnight audience doubled on catch up and continues to grow,” said creator Gurinder Chadha. “We are really excited for the upcoming US launch on PBS and can’t wait to see the series continue to air around the world.”

Talking about why the show didn’t fare well in the U.K., the creator said that period dramas haven’t been able to match up to the popularity of reality shows, and sadly ‘Beecham House’ suffered because of that. Also, there’s no scale to measure the impact of the show in Asia, except for the fan mails and internet buzz. So as of now, ‘Beecham House’ season 2 is canceled. The news of the cancellation in itself is disappointing but what’s more disheartening for fans is the fact that the first season ends on a cliffhanger. So yes, the frustration of fans is valid but the damage has already been done.

Who else is going to miss these stunning landscapes?

However, there is a silver lining that might bring positive news for fans. The show released in the U.S in June 2020, on PBS. If it manages to do well in the States, there can still be hope for a renewal, albeit with a different network as ITV is firm on their decision. Also, as previously stated, Gurinder Chadha is still in talks with various networks, so you never know, anything can happen. Until there’s an official update, you can fill the void by watching the re-runs of the show.