Mrs. America: Who Was Bella Abzug? 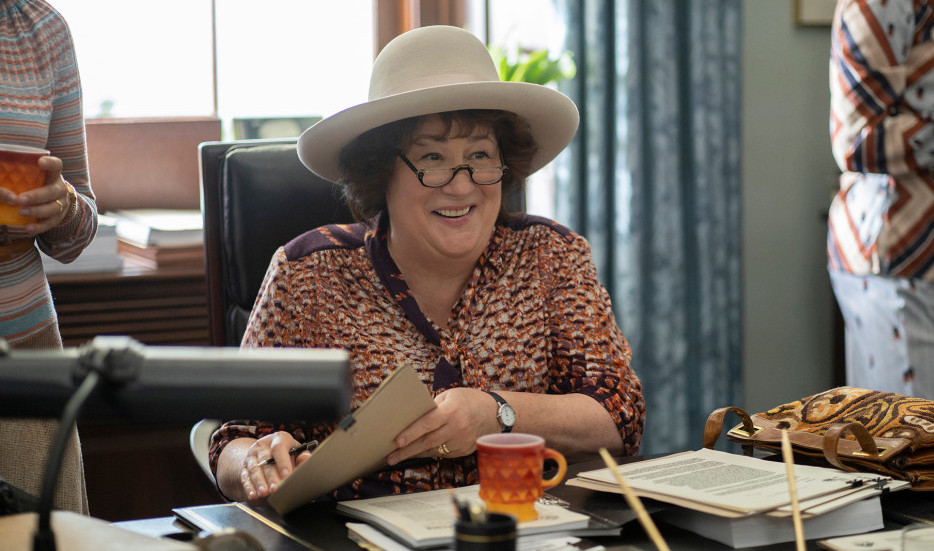 ‘Mrs. America‘ is a Hulu mini-series that seeks to present a comprehensive picture of the second-wave feminist movement’s fight to get the Equal Rights Amendment (ERA) ratified. However, the most impressive characteristic of the show is the fact that it manages to meditatively present a multi-faceted picture of the political landscape during those times.

The title of the show is a reference to the conservative woman, Phyllis Schlafly who turns out to be an unlikely opponent to the ERA ratification. However, the show is by no means just about her. Each episode of the mini-series revolves around a different figure involved in the fight. The seventh episode, titled ‘Bella’ revolves around Bella Abzug. The character is played by the incredibly talented Margo Martindale and has appeared pivotally throughout.

Who Was Bella Abzug?

Bella Abzug was a prominent liberal activist, politician, and easily one of the most recognizable faces in the United States in the ’70s. “She brought with her a belligerent, exuberant politics that made her a national character…recognizable everywhere by her big hats and a voice that Norman Mailer said ”could boil the fat off a taxicab driver’s neck,”” according to the New York Times.

Her fervor and strong-headed attitude had become apparent early in her childhood. She was born on July 24, 1920, in The Bronx. “A natural leader, although a girl among competitive boys, she delighted in her prowess at marbles, or “immies.” When the boys tried to beat her or steal her marbles, Abzug defended herself fiercely with unmatched skill,” according to the Jewish Women’s Archive. She became a member of the left-wing labor Zionist group, Ha-Shomer ha-Za’ir before the age of 11. She broke traditional norms to say kaddish for her late father in a synagogue.

After growing up, she applied to the Harvard Law School but was rejected due to her gender. She took her talents to Columbia University instead. After graduating, a prominent case that she worked on involved an African-American man who was accused of raping a Caucasian woman and handed the death penalty. There was a shadow of doubt over the man, McGhee being guilty and Abzug fought hard to reverse the death penalty. Despite that, he was executed in 1951.

Apart from her law practice, Abzug also worked for various causes that she believed in such as peace and nuclear disarmament. She even represented various people who had been unfairly charged with carrying out communist activities by Senator Joseph McCarthy. Interestingly, her political views, other than feminism, also stood starkly in contrast with those of Schlafly who called for increased militarization against the Red Scare.

Abzug won a seat in the House of Representatives in 1970, for the 19th district of NYC. On her very first day, she introduced a bill to call back the American troops placed in Vietnam. It did not pass but was a strong testament to her fierce attitude which would lead to nicknames like “Hurricane Bella,” “Battling Bella” and “Mother Courage.” She founded the National Women’s Political Caucus in 1971 with Gloria Steinem, Shirley Chisholm, Betty Friedan, and several others.

Abzug was also the first person to introduce a gay rights bill in Congress. Unfortunately, she lost multiple public office elections. In 1976, she ran for the U.S. Senate but lost by a margin of one percent. She ran for the post of New York City’s mayor but lost to Ed Koch.

In 1978, Abzug was appointed to be the co-chair for the National Advisory Committee for Women by President Jimmy Carter. However, she was dismissed for her outspokenness by Carter himself. She continued working on causes she believed in and founded the Women’s Environmental Development Organization in 1990.

How Did Bella Abzug Die?

Unfortunately, in the mid-’90s,  Abzug had to fight breast cancer. Despite that, she continued working. She even traveled all the way to China in 1995 to attend the UN’s Fourth World Conference on Women. In 1998, she was rushed to a hospital due to cardiac trouble. On March 31, 1998, Abzug passed away due to complications from her heart surgery.

Read More: Who Was Jill Ruckelshaus?