Will There be a Bellevue Season 2? 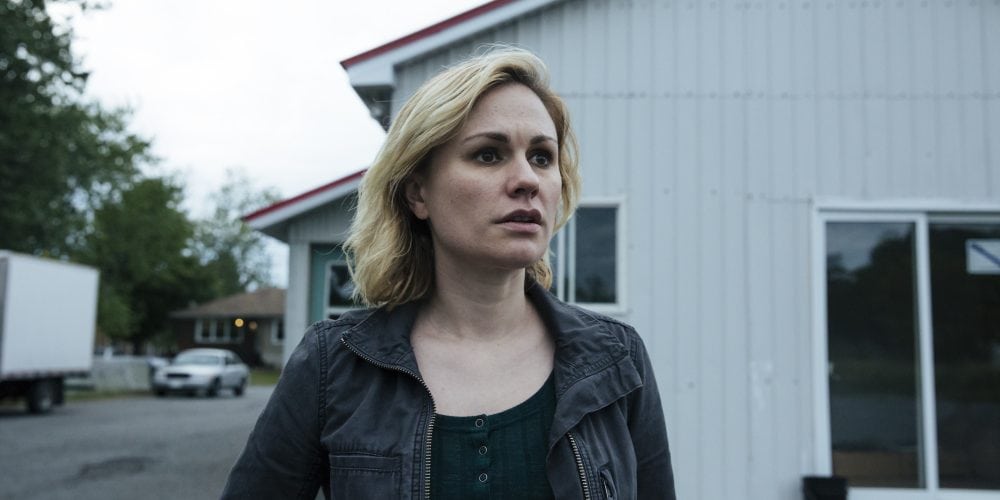 The brainchild of Jane Maggs and Adrienne Mitchell, Bellevue is a television series of Canadian origin, in English, which aired first on CBC Television in February 2017. WGN America aired the first episode in the US in January 2018, the following year.

Muse Entertainment and Back Alley Film Productions Ltd. are producers of this exhilarating crime drama, a perfect fit for the takers of this genre. The show centers around a police officer named Annie Ryder who has been trying to investigate a missing case of a transgender teen. She will soon have to deal with a mysterious person from the past who is about to return. Annie is the main protagonist of this series, who is also the mother of the 12-year-old Daisy.

The first season of the show was well-received. Now, the question arises: will there be a Bellevue season 2? We will delve into that question, but first let’s quickly look into the details of the series.

Bellevue Cast: Who’s in it?

Anna Paquin of True Blood fame (HBO) plays the role of a detective called Annie Ryder. From being the second youngest Oscar winner to starring in a variety of critically and commercially successful films, Paquin is known throughout the world for her acting prowess. Shawn Doyle stars in the series as Peter Welland, the police chief of Bellevue. He has played a number of supporting and minor roles in series like Frontier (Netflix), Fargo (FX) and House of Cards (Netflix).

Janine Theriault stars as Mayor Lily Mansfield. Theriault is known for her work in the ensemble cast of the A&E TV original series, Bleeders. Allen Leech, the Irish actor who has starred in Bohemian Rhapsody and is also known for Downtown Abbey (ITV) plays the role of Eddie Rowe, Annie’s on and off boyfriend.

Bellevue Plot: What is it about?

Bellevue is set in a classic blue-collar town, originally shot in Montreal, which adds to the magnificent view. The character of Annie Ryder is of a young detective. She draws impetus to work from her own childhood emotional disturbances and pursues the path of investigating the case of an adolescent who goes missing. Annie can be considered a classic example of anti-heroines, adding layers to the inherently dark, psychological angle of the narrative. She uses the primordial tools for the investigation- observation, analysis, and intuition.

Taking a close look at the episodes would certainly depict her convictions turning out to be accurate, against the premonitions from several other sectors. Sandy Driver, a murder case in Bellevue during her childhood, and her father’s involvement in it bolsters her decision of taking up the same profession. She takes up Jesse Sweetland’s case a couple of decades down the line. Missing Sweetland was a transgender teenager, and also a native hockey star. The series brings forward the question- Was the disappearance in any way linked to his gender identity?

Annie’s delving deep into the case makes her come across stark resemblances of the disappearance, with the murder of Driver, twenty long years ago. Eddie’s romantic and non-romantic relationship with Annie is one of the pivotal aspects of the series, while her daughter Daisy is seen to be friends with people far older than her. This adds to her character a certain amount of significance. Further, the role of her mentor (Shawn Doyle) in the subsequent unfurling of the events is one of the highlights of the series. However, Paquin stands apart as the ultimate show-stealer.

It won’t be an absolute over-statement to call the series an acquired taste, the hardcore followers of crime-drama will undoubtedly be in awe of how the events play out in the narrative as the psychological aspect further modulates the viewership.

Bellevue Season 2 Release Date: When will it premiere?

Bellevue season 1 premiered on January 23, 2018, in the US on WGN. With a running time of sixty minutes, the first season comprises eight episodes.

Despite having a positive viewership rating, CBC cancelled the series on May 24, 2017, after its release on February 20, 2017, on the platform. Adrienne Mitchell, the executive producer of this crime drama show, stated “Production of a follow-up season is currently not moving forward.” He also wrote, “We are incredibly proud of our talented cast and crew who worked so tirelessly to bring this beautiful series to life. We also feel there are more stories to tell and we’ll be looking for other opportunities to bring this to fruition. In a town like Bellevue, the future is never as it seems!”

Later that month, the Canadian website TV-EH reported that a second season was being developed. They further added that since the story was not concluded in season one, it is most likely that we will be getting a season two. It was also reported that the makers of the show were also looking for a different platform. Since then, there hasn’t been much news on the subject and it appears that the show may have ended for good. Let’s hope the series does get picked up by another platform. But until then, we can safely say that ‘Bellevue’ season 2 stands cancelled.

Fans of the show can watch the first season again for minute details and important plot points. Those who haven’t watched it yet, now is a good time to start. Watch the trailer for season one below: