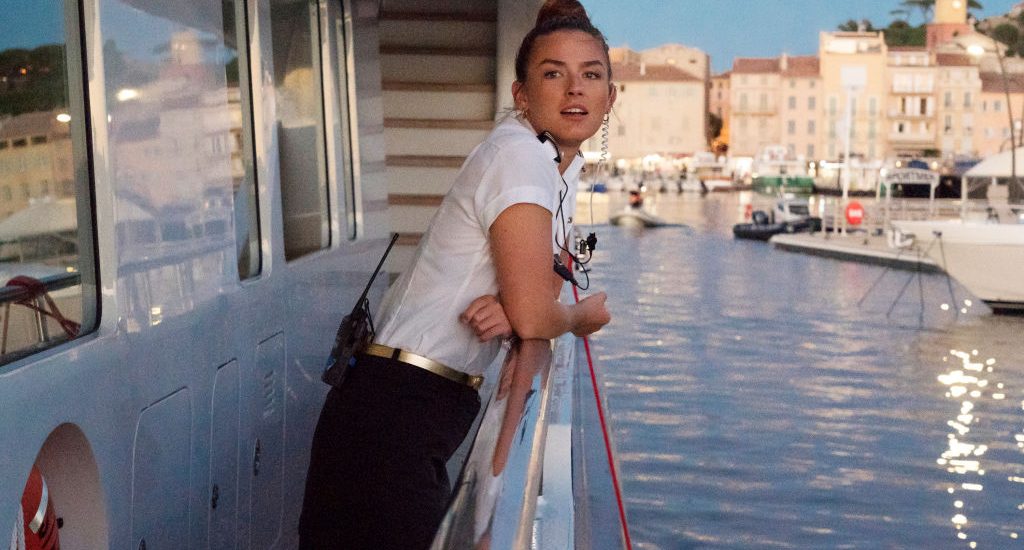 In this week’s episode of ‘Below Deck Mediterranean’ season 5, titled ‘A Real Handful’, Tom gets furious after a provisioning mishap while Malia and Bugsy struggle to manage the situation. Rob and Alex are star-struck when they meet the last charter guests for the season. The crew has a group photo with Rob and Aesha, which causes Jess to lose her cool. Well, we will get to the details of the 18th part later. But before that, read on to gather some detailed insights on the next episode.

Where to Watch Below Deck Mediterranean Season 5 Episode 19 Online?

The episode starts off with Tom who is livid because of the bad quality of the provisions supplied to him. The fresh fish is replaced with frozen fish. Malia White and Captain Sandy Yawn try to calm him down but to no avail. Tom has a massive meltdown in the walk-in freezer. He blames Malia as well and complains that he has nothing to feed the guests. Sandy asks Malia to not involve herself with whatever happens in the galley for the rest of the charter. She explains that if Tom has a problem, he needs to sort it out himself. In the galley, Tom gets into a major altercation with Sandy, who summons an emergency crew meeting.

After a pep talk, Tom calms down somehow and rethinks his entire menu. He decides to serve chicken for lunch instead. He settles on chicken filets. And guess what? The guests love the dish! Meanwhile, Alex Radcliffe has been promoted to lead deckhand for this last charter. Both Rob and Alex get flirty with the lady guests and seeing Rob’s behavior, Jess is furious. During dinner, Tom again seeks the help of Malia, much to Sandy’s annoyance.

The next day, Tom serves veggie omelets for breakfast. Bugsy plans an excursion for the guests in the form of a trip to Sóller. She asks Rob and Aesha Scott to guide the guests across town. Of course, when Jess hears this, she is angry. Prior to leaving for Soller, the guests request for a group photo with Rob and Aesha. Jess watches from above and sees Aesha touching Rob. Seeing this, livid Jess storms off, muttering swear words and threatening to destroy Aesha.