Below Deck S7 E16: Everything We Know 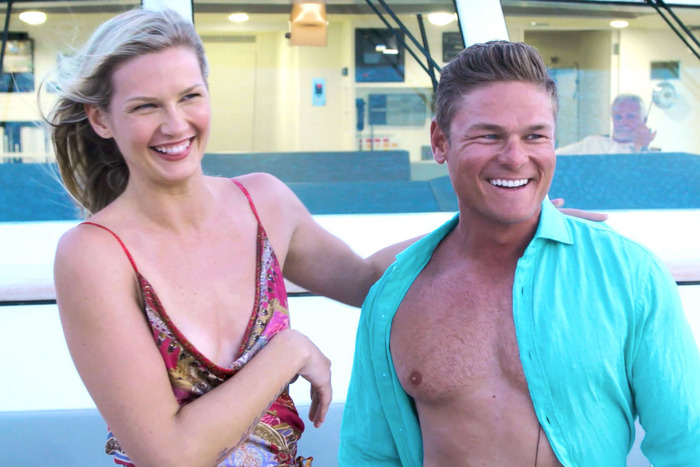 A reality show set on a luxurious yacht, cruising the high seas — ‘Below Deck’, with its splendid concept, has managed to remain one of Bravo’s long-time hits. No doubt, it is currently deep in its seventh season, with another season already in the works!

Season 7, which is set in the Valor, cruising the seas of Thailand, just finished airing its 15th episode on January 13, 2020. And it has only one word – crazy meets crazier. More on that later. But if you are one among those Below Deck addicts who are just done with the last episode, we bet you are all excited to know the wheres and whens of episode 16. Well, why the second thoughts? Read on.

Below Deck Season 7 Episode 16 Release Date: When Will It Premiere?

The preview describes the episode as “Tanner and Kate’s flirtations become more obvious to the crew which leads Simone to lose all respect for the two when she finds out they’ve already kissed. Pulling up to the marina, Kate sees the first yacht she ever worked on as a stewardess, causing her to question her future in yachting.”

The description further reads: “Rhylee continues to feel ostracized by the deck crew that tried to get her fired and her fuse becomes shorter and shorter. After a short-lived reconciliation, Brian and Courtney are on the outs again following a major argument at the Chillva Night Market that causes a giant rift in the crew. With arguments continuing back at Valor, Captain Lee promises there will be hell to pay in the morning.”

You can also catch a sneak peek of the upcoming episode here.

Where to Watch Below Deck Season 7 Episode 16 Online?

Other streaming options include Amazon Prime Video, Fubo TV, YouTube TV, Hulu with Live TV (Bravo), or PlayStation Vue. You can live-stream the series on your digital devices, such as a computer, phone, Roku, Fire TV, Apple TV or another streaming device through one of the aforementioned services.

Episode 15 of Season 7 of Below Deck is titled ‘Public Displays of Affection’. One of the major events that take place here is Captain Lee organizing a poll to determine Rhylee’s future. But he finally decides not to fire her. Ashton, on the other hand, is still trying to hook up with Molly.

Simone, who continues to perform miserably in the kitchen, claims that Kate is condescending and insulting her “intelligence.” Brian is on his own mission of splitting up with Courtney. But the greatest attraction of this episode is the arrival of ‘The Real Housewife of Orange County‘ alum Alexis Bellino, who wants to host an Irish-themed party, alongside her new partner to celebrate her recent divorce.

On the other hand, when Courtney hears of Brian’s decision, she has a breakdown. Kevin attempts to improve his cooking skills while Ashton continues giving a hard time to Rhylee. Kate still has her eyes set on Tanner.