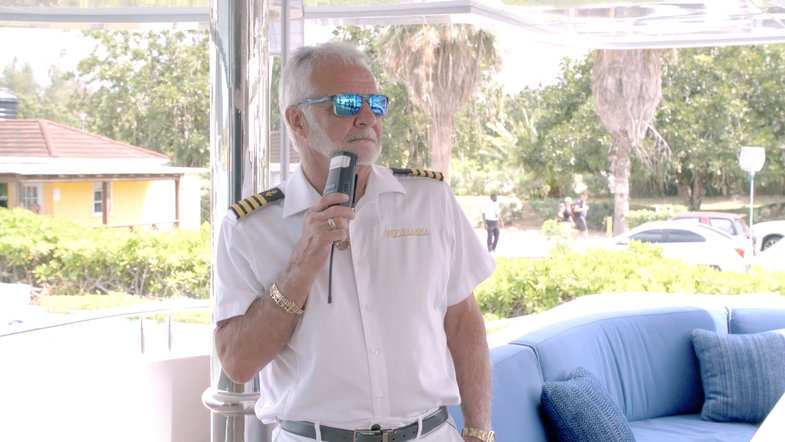 A superyacht in the charter season sailing the high seas — the sole concept of ‘Below Deck’ hints at boat-loads of drama, theatrics, ego clashes, and of course, sizzling hot romance! One of Bravo’s flagship shows, this reality series, which has had its own share of spin-offs, has garnered backlash from critics, no doubt. But it is a source of guilty pleasure and hence, has its own loyal fanbase. Additionally, its long tenure, of having spawned seven seasons to date, is proof of its popularity. What is more? It is now all geared up to release its eighth outing — with some major cast shake-ups. Well, here is everything we have uncovered about ‘Below Deck’ Season 8.

Season 8 takes place aboard the superyacht named My Seanna. Leading the crew is returning captain Lee Rosbach, aided by returning bosun Eddie Lucas (who was seen in the first three seasons of the show). Kate Chastain will not be making a comeback in the eighth edition. She has been replaced by newcomer chief stewardess Francesca Rubi. The rest of the crew members are all newbies as well. We have deckhands James Hough and Shane Coopersmith, chef Rachel Hargrove, and stews Elizabeth Frankini and Isabelle ‘Izzy’ Wouters.

What Can Below Deck Season 8 be About?

The concept of ‘Below Deck’ is quite simple. Lending us a sneak peek into the yachting industry, the reality series follows a bunch of yachties aboard their luxury boat as they tend to the demands of elite charter guests. In the midst of their jobs, they also have to cater to some unbearable visitors, with ridiculous requests. This, of course, forms a major part of the drama. But we also have interpersonal issues among the crew members as well.

For instance, in season 8, captain Lee Rosbach has promised that the theatrics will go a notch higher. In an interview with E!, he had stated that this season sees him doing something he has not done in the past 35 years of his career. These were his exact words: “I will tell you this, it is something I have never, ever done in 35 years of yachting. Until now. It’s never, ever happened to me before. That is a first.”

Lee has additionally hinted that the drama in the future episodes is going to get pretty intense — including a lot of flirting, arguments, and boat-mances. On the other hand, the eighth edition will also address the start of the coronavirus pandemic. Also, season 8 marks the first time the series will be cruising around the Caribbean since season 5.

You can check out the sneak peek for season 8 right here.

Read More: Francesca Rubi From Below Deck: Everything We Know