Is Ben Dead or Alive in The Umbrella Academy? 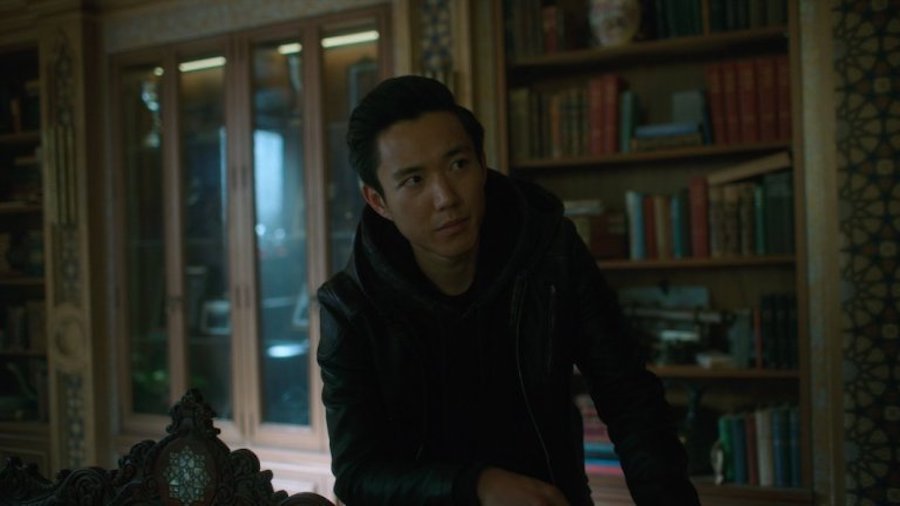 The ending of ‘The Umbrella Academy’ Season 2 leaves a lot of questions for the viewers. The fate of several characters hangs in the balance, as a complete rewrite of timelines comes into the view. One of the most shocking discoveries of the finale is the fate of Ben. His presence had always been a tricky thing in the show, and the ending of Season 2 places another question mark on it. If you haven’t seen the entire show yet, head over to Netflix. SPOILERS AHEAD

Is Ben Dead? How Did He Die?

At the beginning of ‘The Umbrella Academy’, it was revealed that Ben Hargreeves aka Number Six had died as a child. While we don’t know exactly what killed him, it is revealed that he had died on a mission, and Reginald Hargreeves holds the other kids responsible for his death. When he died, Klaus conjured his ghost and convinced him to stay with them in the ghost form. So, instead of walking away into the white light and find peace, Ben decided to stay with his sibling.

Despite being dead, Ben grows and changes into an adult, though he is only perceived by Klaus. In the first season, Klaus’s powers lead him to materialize in front of the others, and in the second season, he also possesses his body for a while. At the end, when Vanya is about to trigger another apocalypse, Ben possesses her. He enters her mind and calms her down, allowing her to get back in control. However, in doing so, he also starts to disintegrate.

It turns out that Vanya’s powers had been too much for him to handle. However, he doesn’t seem to be scared or worried about it. He accepts his fate, that he had been living on borrowed time all this while. He bids goodbye to Vanya and leaves a message for Klaus not to feel bad about holding him back for all these years. As Vanya regains complete control on her powers, Ben dies, permanently this time.

Any small change in the past can lead to catastrophic changes in the future. No one knows it better than Five, who has worked for the organization tasked with keeping the chain of events as is. He has killed people who posed a threat to the already set path for the world, but he left all of that behind when he jumped in 2019 to save his family from the apocalypse. To save them again, he jumped one more time and all of them landed in the early 60s. Their presence changes the course of history, and they come face to face with the result of their actions in the final scene of Season 2.

It is revealed that things have happened differently since the Umbrella Academy left the 60s, due to which, the world of 2019 is not the one they had left behind. They discover that their father, Reginald Hargreeves, is alive, and so is Ben. While this leaves them confused, it also proves that despite their efforts to not cause any changes in the original timeline, they did affect it in a significant way.

To find a concrete answer about Ben’s fate, we have to rephrase the question. Is Ben of the Umbrella Academy dead? Yes. He died as a child, and then as a ghost in 1963 while saving Vanya. Who is the one we see in the finale then? It is Ben of the Sparrow Academy, who is alive because he didn’t grow up with the Umbrella Academy. He didn’t go on a mission with Luther, Klaus, Diego, and Allison, and hence, did not die on the job. He is the part of an entirely different family.

Read More: Is The Handler Dead in The Umbrella Academy Season 2?