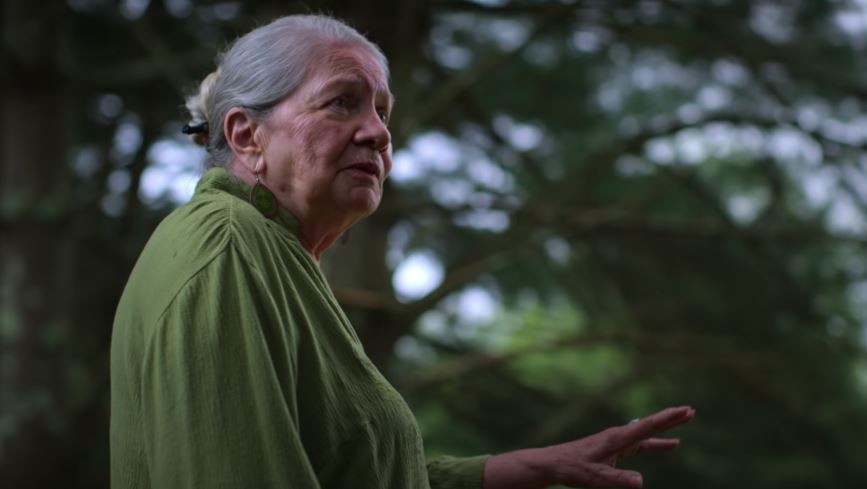 Covering crimes, tales of lost love, unexplained history, and paranormal events, ‘Unsolved Mysteries’ has been a great gateway for us to get an insight into the true perplexities of a phenomenon. While some argue that the series is extremely unsatisfying due to the fact that the mysteries remain, well, unresolved, arguably, that’s one of its highest-selling points, because instead of being an outsider looking in, we get to feel like a part of the narrative.

The fifth episode of the Netflix reboot of this series, titled ‘Berkshires UFO,’ features the UFO sightings in Berkshire County, Massachusetts, on September 1, 1969. That evening, not one, not two, but at least 5 different people went through the whole experience of sighting the UFO and being entrapped in its blinding light for a little while. Curious to know all the locations? Here’s all that we know.

The 1969 UFO event is not particularly well-known outside of Berkshire County because the people who experienced it were too scared to come out and say anything due to the fear of being ridiculed. However, in 2015, it was brought back into the public consciousness when the Great Barrington Historical Society decided to include Thomas Reed’s account of his family’s encounter with it in its historical archives. So, let’s start there, shall we.

Nine-year-old Thomas Reed was riding in a car with his brother, mother, and grandmother, crossing the Sheffield Bridge to head home from their restaurant Village on the Green on September 1, 1969. All seemed to be well and normal for the entire family, but, as soon as they crossed the covered bridge and came into the open again, they saw the blinding bright light from right beside them.

Thom remembers that everything was dead quiet in the area, which was extremely strange considering the openness and greenery that was around them. Not even a cricket could have been heard. His mother stopped the car after the whole family saw what appeared to be a glow on both sides of the dirt road and soon that light had filled up the inside of their car.

And then, just as suddenly as the light had come, it had vanished. They were all in their car but his mother and grandmother had suddenly switched spots. After a while, however, they realized that almost three hours had gone by. The Reed family wasn’t the only one who saw and experienced something that night. The local radio station, WSBS, broadcasted various accounts of the event.

There were three different sightings in Great Barrington. All three of them were just miles from each other but they were just as chilling. Jane Green was on her way back from Stockbridge when she saw the UFO on the highway. She recalled the experience to be quite similar to that of Thom Reed’s, expect, hers only accounted for a few seconds. It was dead silent and there was a blinding aura, but then quite quickly, the UFO lifted up and went over the hills, never to be seen by her again.

She said her kids too saw it overhead their house as well, but they never mentioned it to her in fear of scaring her off or being told that they were making it up. Another person who experienced this paranormal activity first hand in Great Barrington is Tom Warner. His experience, though, was different. He felt a telepathic wave that told him to go home from his neighbor’s house, and when he did, he was caught by the UFO’s light outside.

He has stated that he had no control over his body and that whatever he felt like he was doing, wasn’t exactly happening. The neighbor with whom he had been, Jane Shaw, also admitted to seeing the whole thing. Tom had vanished into the light and then minutes later, he was sprawled on the floor as if the “aliens” were done with him and had gotten what they had wanted.

A couple of miles away from Great Barrington, near Lake Mansfield, Melanie Kirchdorfer and her family sighted the UFO. They were in their car having ice cream when her father saw the light and decided to chase it. She said that she had the same experience as the others, but when she came to, she was alone at the lake and had to walk home. Even Tom Warner remembers seeing Melanie inside the UFO while he was there. He remembered her eyes.

These people had never met each other, they had no idea about one another’s existence, but suddenly they were all reporting the exact same thing. Because it was termed as baloney by officials, it was never properly documented at that time. But, the people who saw it knew what had happened and when they met each other and felt some sort of a connection within them, they knew that it was all real.

Reports from other places like North Cannan, Egremont, Lennox, Pittsfield, and Stockbridge also came in and pointed towards a UFO sighting, but alas, as no investigations were done, no answers were provided. Over the years, Berkshire County has reported several other cases of UFO sightings, but there aren’t even speculations from where this truly unidentified object originates from that could give the people some answers or peace. (Featured Image Credit: Netflix / Unsolved Mysteries)