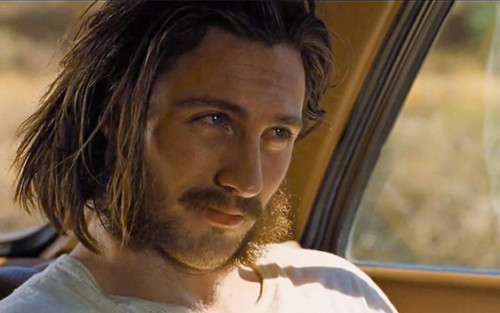 When Aaron Taylor Johnson ended up winning the 2017’s Golden Globe award for best supporting actor over Maharshala Ali, many people were surprised. Apart from Kick Ass and his Quick Silver performance in the Avengers-Age of Ultron, he was fairly unknown to the general audience.

However, research on the young man’s career will leave you impressed with his acting credentials. At just 27, Aaron Taylor Johnson has proved to be one of the most promising stars on the rise. His choices of roles have been interesting and bold, and seem to be cautiously walking the fine line between being artsy and commercial. Here is the list of top Aaron Taylor Johnson movies.

The Wall is a 2017 American war thriller film directed by Doug Liman and written by Dwain Worrell. It follows two American Soldiers who are trapped by a lethal Iraqi sniper. Only an unsteady wall stands between the two sides.

You may think that ‘The Wall’ is a typical action war film, but it is way more than that. The movie itself is an Intelligent thriller with realistic dialogue and contains tremendous acting performances. The setting and the general atmosphere for the place was perfectly made to carry out the story. Brilliantly directed and efficiently shot, it is a thriller film capable of making you hold your seat tight. 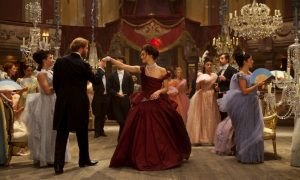 Anna Karenina is a 2012 British historical romance film directed by Joe Wright. It is adapted by Tom Stoppard from Leo Tolstoy’s 1877 novel of the same name. The story follows the titular character Anna Karenina, who is married and has a son, meeting Count Vronsky while visiting her brother. Their mutual attraction leads her to grief and tragedy.

Many hard-core Tolstoy fans were not happy with the film for the liberties that it takes and understandably so. But one can’t deny the boldness of the filmmakers in attempting to recreate one of the most respected piece of literature. The cinematography is breathtaking and every shot is a visual feast. The acting performances in the film are memorable especially Law who commands ever scene he appears in. 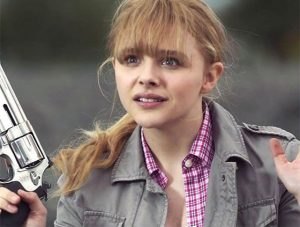 Kick-Ass 2 is a 2013 superhero black comedy film based on the comic book of the same name and Hit-Girl, both by Mark Millar and John Romita, Jr. The sequel to the 2010 original, it yet again follows Kick Ass and his fellow costume people fighting against injustice. When an evil Red Mist learns about it, he plans to take revenge on Kick-Ass.

First and foremost, this is nowhere near as good as the original. It lacks the novelty and charm, but that doesn’t mean it’s not a fun film. Kick Ass 2 is as ambitious and bold as the original, with the return of all the unforgettable characters. Some of the new characters are interesting as well and compliments the story greatly. The fight sequences are hilarious and amazing to watch. 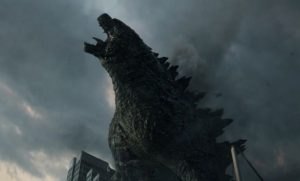 The latest Big Budget depiction of Godzilla was released in 2014, co produced and distributed by Warner Brothers. The film directed by Gareth Edwards was a commercial and critical success, which prompted Toho to make a reboot of their own. The film follows the rise of the ancient behemoth Godzilla to fight against the monstrous creatures classified as MUTO.

After the disappointment of the 1998 Godzilla, Hollywood had to redeem itself in concern with the lizard monster. Edward’s ‘Godzilla’ however is a fantastic homage and is a feast to the eyes. The film remains loyal to the origins of the story unlike the 1998 film and fans of the original will not be disappointed. The film drags a little in the middle and there’s too much screen time for the humans, but apart from that, it is fantastic entertainment.

Shanghai Knights is a 2003 American-Hong Kong martial arts action comedy film. It is the sequel to the very successful Shanghai Noon. The film stars Jackie Chan and Owen Wilson as Choy and Roy respectively as theu travel to London to avenge Chon’s father’s death. They team up with Chon’s sister and discover that there is a worldwide plot to murder the royal family. Aaron Taylor Jones plays the part of Charlie Chaplin in the film.

Chan often working best with a sidekick, finds a perfect match in Owen Wilson. The duo’s chemistry is undeniable and keeps the film jolly and uplifting. As you can always expect from Chan, fight scenes are well choreographed and looks super cool. The Sherlock Holmes gag with the author and Taylor Johnson’s Charlie Chaplin is one of the highlights of the film. 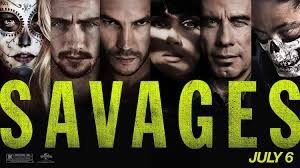 Savages is a 2012 American crime thriller film directed by Oliver Stone. It is based on Don Winslow’s novel of the same name. The film stars an ensemble cast that includes Blake Lively, Selma Hayek, Taylor Kitsch, Aaron Taylor Johnson, John Travolta and Benicio Del Toro. In the film two weed dealers rely on a controversial anti-narcotic government official to liberate their kidnapped girlfriend from a ruthless Mexican drug cartel.

Savages is a gritty, brutal film that is able to well balance the action and the drama. Despite the poor dialogue writing, the film contains a great plot that will keep you at the edge of the seat. Everyone performs well in the film except Blake Lively, who also happens to narrate the film. The cinematography is worth a nod for its unique capturing of a gritty violent drama. 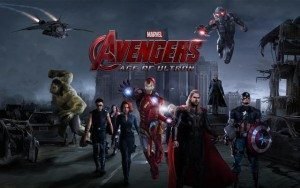 Written and Directed by Joss Whedon ‘Avengers: Age of Ultron is a 2015 superhero film and the sequel to the 2012 The Avengers. What can I write about the film that is not already known. The film stars an ensemble cast that includes Robert Downey Jr, Mark Ruffalo, Chris Evans, Chris Hemsworth, Scarlet Johansson, Jeremy Renner, Aaron Taylor Johnson Elizabeth Banks etc. It is the second most expensive film ever made and follows the Avengers as they have to fight against an A.I who plans to destroy the human race.

Marvel has been on a very long hot streak now and has been one of the most consistent franchises. They’ve found the perfect tone for their films and seem to be in no mood to slow down. Age of Ultron is a spectacle that is epic from the word go. The humour works and the action scenes are very well shot. The characters have the advantage of being well-developed due to their multiple appearances in past films. It is visually enthralling and emotionally profound. 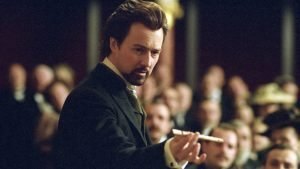 The Illusionist is a 2006 American romantic mystery film written and directed by Neil Burger. It stars Edward Norton, Paul Giamatti, Jessica Biel and Aaron Taylor Johnson. Loosely based on Stephen Millhausers short story “Eisenheim the Illusionist”, it follows Eisenheim as he becomes a magician and uses his powers to free his lady from the royal residence.

“The Illusionist” is a unique film that combines two genres and turn it into something fresh: the lush romantic period piece and the mystery thriller. From the attention to detail regarding costume and production design to the old-fashioned camera techniques, The Illusionist is a masterfully crafted film. The plot is amazing and great performances especially from Norton raises the film to new highs. 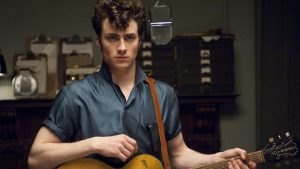 Nowhere Boy is a 2009 British biographical drama film about John Lennon’s adolescence directed by Sam Taylor Wood. The film is based on a biography written by Lennon’s half-sister and follows the young rebellious future Beatle in his youth and explores his relationships with his mom and aunt. It stars Aaron Taylor Johnson, Thomas Brodie and Kristin Scott Thomas.

Nowhere Boy offers a unique insight into the life of John Lennon as a rebellious adolescent. It would have been all too easy to lapse into cliché with this story but this is largely avoided. Aaron Taylor Johnson as Lennon and Scott Thomas as the aunt are particularly brilliant. The film goes out of its way to capture the era and does so spectacularly. 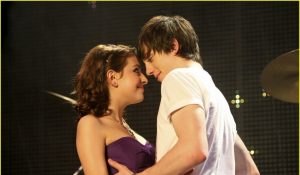 Angus, Thongs and Perfect Snogging is a 2008 British coming of age-comedy film co- written and directed by Gurinder Chadha. It stars Georgia Groome, Aaron Taylor Johnson and Karen Taylor. The narrative follows fourteen-year-old Georgia Nicholson (Groome) as she tries to find a boyfriend while also organising her fifteenth birthday party.

It is a compelling coming of age film that is hilarious and warm at the same time. The cast in the film are perfectly casted and turn out to be very likeable. It is a film that people in their teens will specifically enjoy but the rest who do not fall into the ‘targeted’ category will still no doubt have fun. Taylor Johnson is very good in the film and plays the character perfectly. 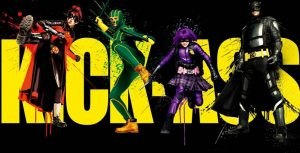 Kickass is a fun inventive flick and is easily one of the best Superhero spoof films you will ever watch. It is effortlessly hilarious and includes insane action sequences. The whole cast delivers stellar performances especially Grace Moretz who completely steals the show. Great soundtracks, quotable dialogues, awesome characters, no doubt Kick Ass has a huge cult following now. 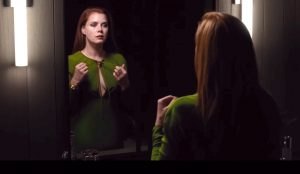 Nocturnal Animals is a 2016 American neo- noir psychological thriller film written, produced and directed by Tom Ford, based on the 1993 novel Tony and Susan by Austin Wright. It stars Amy Adams, Jake Gyllenhaal, Aaron Taylor Johnson, Michael Shannon and Isla Fisher. The film follows Susan who receives a manuscript of her ex-husband Edward’s new novel and finds it very compelling. The story forces her to confront several disturbing truths about their marital life. Taylor Johnson won best supporting role at the Golden Globes.

Nocturnal Animals is a beautiful and stylish film that is a one of a kind experience. The plot is fantastic and very metaphorically rich. Tom Ford manages to make the film feel both beautiful and brutal. The violent scenes are hard to watch but so thrilling that it keeps your eyes glued to it. All performances in the film deserve praise especially Taylor Johnson who is creepy and unsettling.