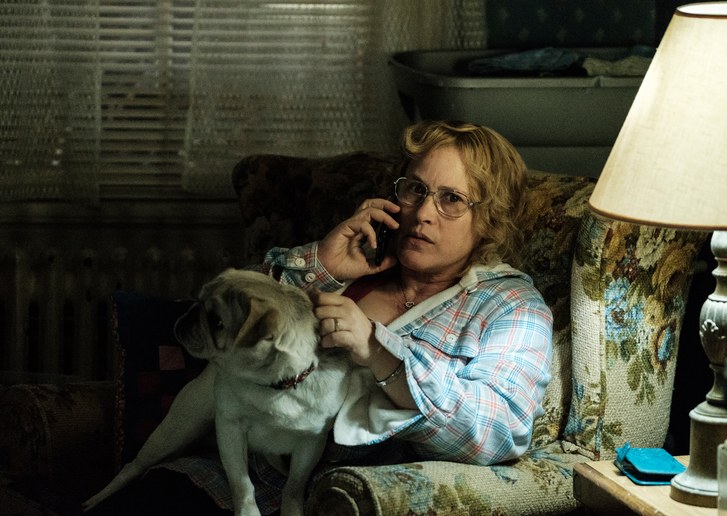 Unlike the actors in the same category, the list of nominees for Best Actress in a Limited Series/TV Movie is not overcrowded, but rather sorted. That does not imply that the category doesn’t have its fair share of talent or formidable names from the industry. For one, the list boasts of a straight line-up of Oscar winners, and several Oscar nominees. I will particularly be pining for Amy Adams, who has experienced the infamous Oscar snub more than once, even undeservedly, but despite has turned in a superlatively tragic performance with last year’s miniseries ‘Sharp Objects’.

Then there is Patricia Arquette who turned in an equally tragic performance if not more, and seemed virtually unrecognizable in the role. Her work was nightmarish to say the least and another feather in her heavy crown, despite remaining an underappreciated actress in my honest opinion. Among others, Joey King seems to be coming in with major force as a nomination with her drastic transformation and fantastic work in ‘The Act’. The nominees here too are stronger than ever, and in such a case, the competition is always interesting to watch out for, the scenario continuously shifting grounds. For now, read on to see who we currently feel will win the Best Actress in a Limited Series/TV Movie. As dubious as the mix of these two categories is, we sincerely hope that we see a truly worthy winner. 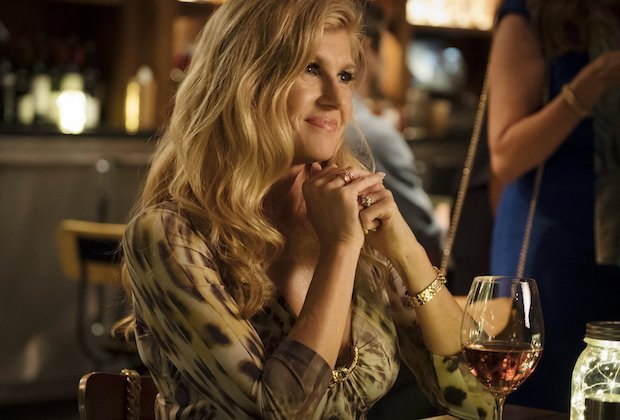 Based on a true crime podcast of the same name, ‘Dirty John’ originally aired on Bravo and was helped with greater viewership with Netflix. However, the show saw a visible boost in popularity when Connie Britton got nominated for a Golden Globe in the category for her turn as Debra Newell, a seemingly normal girl who falls for a handsome doctor and gets involved in a dangerous game of psychological manipulation. The show itself didn’t do all too well, but the performances of Eric Bana and especially Connie Britton, the latter gaining recognition far and wide, were especially appreciated. I personally am a complete sucker for true crime stories, and if you enjoyed the original podcast which in my opinion is in the same vein as ‘Serial’, you might just happen to like this one too. Regardless, the praise for Britton’s performance remains unanimously good, despite her not landing a nomination. 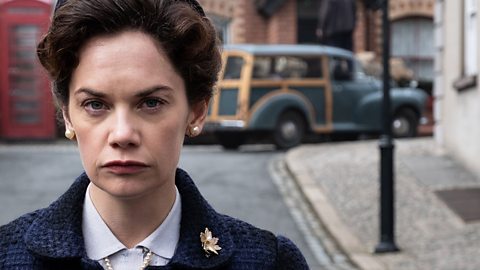 Although she hasn’t been nominated for an Emmy before, she has been the winner of a Golden Globe for ‘The Affair’, albeit the cry for her nomination this year in the best actress category for ‘Mrs. Wilson’, a three episode miniseries about a grieving widow discovering the many lives her husband led unbeknownst to her, was almost unanimous, owing to a very credible turn by her in the titular role. Although, much of it is told in flashbacks which I am not a fan of, her performance kept me hooked till the end of its three hour runtime. Following her excellent turn in ‘Luther’ that closed this year too, the Emmys finally couldn’t prove to be the vehicle for Wilson as we hoped it would have. 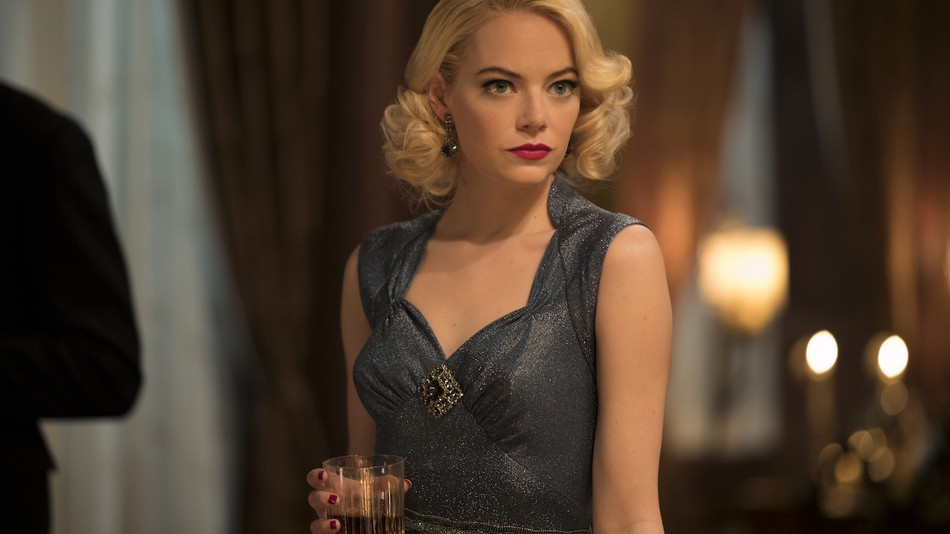 Another Oscar winner on the list, I do not wish to highlight her acting credentials apart from being a well-loved actress across the entire globe, since that would be an exercise in futility. Just know that she was as fabulous in this show as she is in anything that she stars in. Her growth as an actor has been phenomenal and inspiring to say the least, and with ‘Maniac’, she explores relatively newer territory with confidence and elan. Stone pairing with Jonah Hill is one of the most eccentric yet exciting ones I have seen in years. Despite all odds in her favour and her fantastic credibility, the only thing that seems to have thrown a spanner in the works is the show’s falling popularity and a maiden run not too many would call a blockbuster. I still liked the series and consider a bit unfairly rated despite considering some of the audience complaints from the show to be completely valid, but the overall fate of the show, unfortunately so, seems to have affected the actress’ (and even Jonah Hill’s) chances at a nomination. Her fans will now see her next in the highly awaited sequel, ‘Zombieland Double Tap’.

6. Aunjanue Ellis, When They See Us

The way this show came in and swept everything to its name, ushering in quite a storm in my own list of predictions should be termed no less than a TV phenomenon. The numbers and ratings back it, and pivoted by fantastic performances from the entire cast, ‘When They See Us‘ should be going home with a fair number of awards. Aunjanue Ellis who played Sharon Salaam, mother of Yusef Salaam, one of the five defendants wrongly accused in the New York Central Park Joggers Case, delivers a piningly real performance here, carefully channeling the despair and frustration. Just the scene in which she horrifyingly reacts to the media mongering word about her son is just reason enough to warrant a nomination and strong winning chances for her!

5. Niecy Nash, When They See Us Another power-packed performance from the show from another fine actress who played the mother of Korey Wise, Delores Wise. Just as heartbreaking as the scene with Jherome’s monologue are her relatively silent bits of suffering, bringing out the anguish of the parents whose children were accused of a crime they didn’t commit and it is no surprise these two actresses landed the very deserved nominations that they did. Come September, and we will see if any of the two extremely talented actresses get to hold the statuette, especially given the very, very strong contenders they are up against.

Reality is often stranger than fiction, and ‘The Act’ measures in just on that premise. I would sincerely advise you to get into the show without reading the slightest bit about it and prepare to suspend your disbelief in what you consider to be “normal”, acceptable behavior. Just by way of giving an introduction, it is one of two shows on the list about Munchausen’s By-Proxy, and is about an overprotective mother and her (supposedly) sick daughter who decides to break free. Patricia Arquette already has a double nomination this year, but for this show, she will have to contend with the supporting actress category. Joey King is the star here, and it only just begins with shaving her head for the part. This is something that is bound to have taken a psychological toll on the young actress: truly dark stuff, and she pulls it off in utterly believable, applaudable fashion. 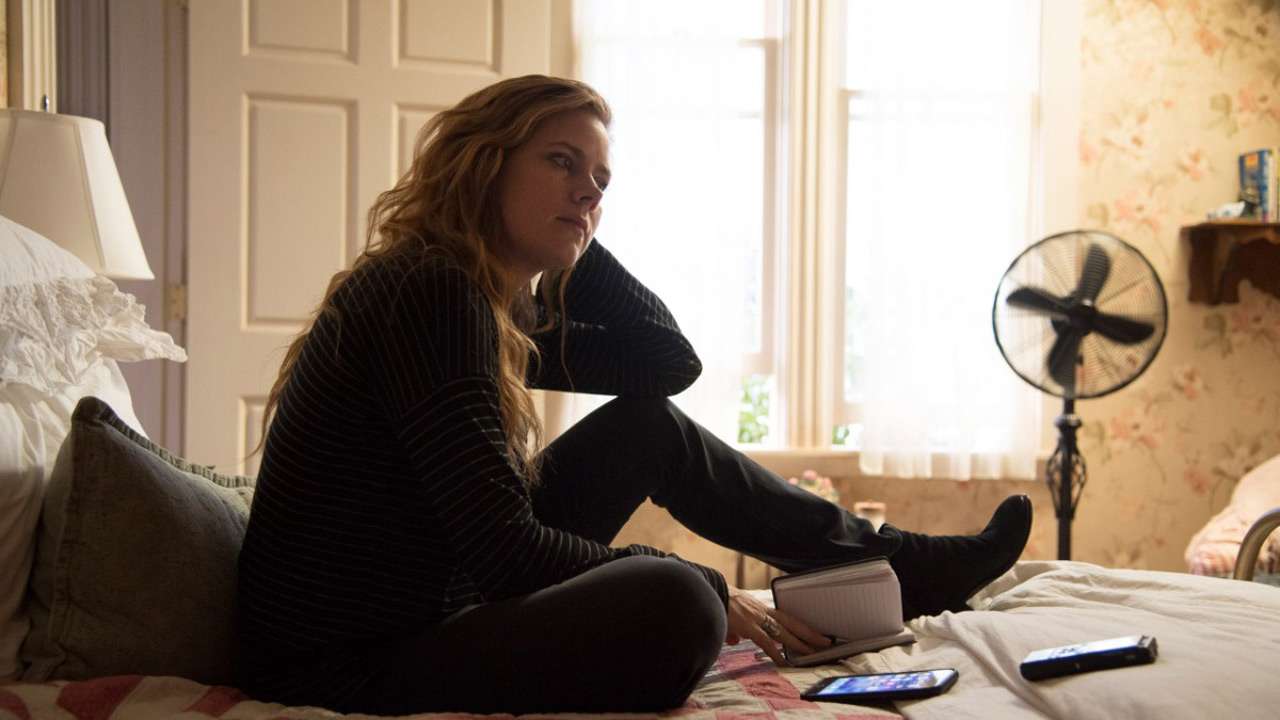 Even while watching the show, I was pretty sure that Amy Adams would be taking home a truckload of nominations for her sensitive, disturbing performance as Camille Preaker. There should be nods for both of the supporting ladies as well, Eliza Scanlen and Patricia Clarkson, rounding up a rather powerful trifecta of actors, but there was no doubt that the Oscar nominated actress would outshine them all. ‘Sharp Objects’ was personally my favourite from last year, and while the show, based on Gillian Flynn’s psychological murder mystery novel of the same name was also listed in my predictions as landing a few nominations itself along with some nods in the technical departments perhaps, testament to it being a truly well rounded show, none have me more confident than Amy Adams’ haunting yet measured performance garnering some.

However, I would have earlier predicted Adams to lift the trophy as well, and while it is still going to be a tough fight, her to-be reign is seriously threatened by Arquette from ‘Escape to Dannemora’. To give you an idea of how close the fight for the main title is, consider this. Adams lost to Arquette at the Golden Globes, but lifted it with her in a rare tie at the Critics’ Choice Awards. A nomination was no question for each of them, but the deciding for the winner is going to be breakneck. 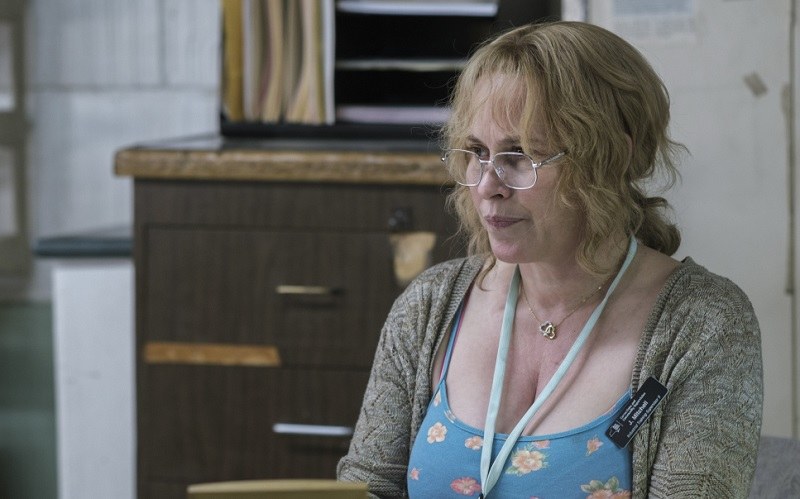 Even though I will personally be pining for Amy Adams, the award will most probably be handed out (even deservedly so) to Patricia Arquette for her stunning act as Tilly Mitchell. Her Golden Globe and a couple of others including the SAGs and Critics Choice Awards win in the same category kind of seals that fate. The show has been winning accolades left, right and centre, and yet again, Ben Stiller’s amazing work, a rather quickhanded study in filmmaking if you might, rather deserves all of them, especially those that are going to be handed out in the acting departments.

There have been complaints with respect to the length of the limited series which I can partly agree on, but the praises have been unanimous for Arquette, Benicio Del Toro and even Paul Dano. While it wasn’t too much brainwork predicting a nomination for each of them since they are all great, I can almost be sure about Arquette’s win. Her performance is all sorts of phenomenal and her range is admirable, even though she looks nearly unrecognisable in this role. She will take it home in all probability, unless a truly mean surprise awaits us at the ceremony in September. My final prediction for Best Actress in a TV Movie/Limited Series: Patricia Arquette. 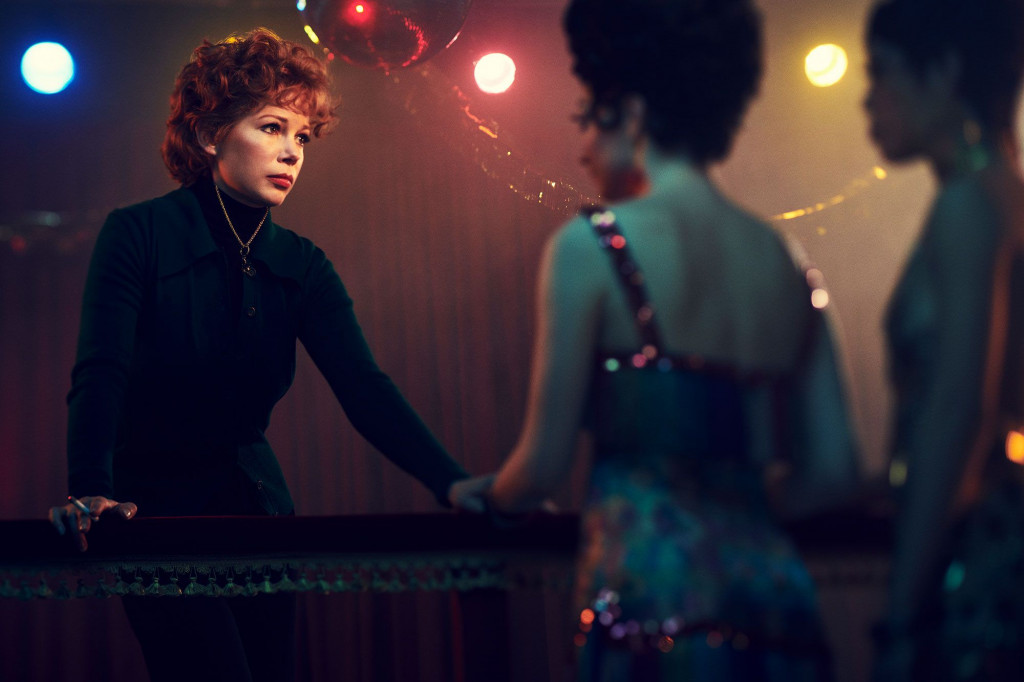 The reception for the series may have been uneven, but the praise for its lead pair and especially the fiery chemistry between them is unanimous. You have to see it to believe it: the four time Oscar nominee Micelle Williams and Oscar winner Sam Rockwell are nothing short of sparks when they are on stage, even if in my personal opinion, the particular episode in question may not be all that energetic. Despite the show’s overall fate, the one fact that is in most probability going to remain unchanged is that Williams has a serious shot at this. The fight for the winning position is still a bit tight at the moment, but she has delivered an overall mind-blowing performance and I am always ready (and kind of fond too) for any big surprises.