All 6 Adam McKay Movies, Ranked From Average to Best

If you ask any fan of Saturday Night Live, they can more than likely recall their favorite Will Ferrell sketch. Whether it was his impersonations of James Lipton, Alex Trebek, or George W. Bush, or his skit as Craig, the eccentric Spartan cheerleader at the chess tournament, it become abundantly clear that Saturday Night Live birthed a comedy star. Since his rise from Saturday Night Live, Will Ferrell has etched his name in the pantheon of comedic performers, consistently delivering laughs into the 21st century.

However, Will Ferrell may have never catapulted to the household name he is now if it were not for Adam McKay, a writer for SNL during Ferrell’s tenure, who was the architect for some of Farrell’s most famous sketches. Since their days together at Saturday Night Live, the dynamic duo of Farrell and McKay have religiously worked together, providing classic comedy films, such as Anchorman, Step Brothers, and Talladega Nights, founded the Gary Sanchez Production company, and launched the internet sensation Funny or Die.

While Farrell has become universally adored for his humorous roles, it has been Adam McKay who directed and wrote some Farrell’s most revered films. McKay has also left his mark on films outside of those he has directed, landing production credits on films like The Campaign and The Dictator, and screenwriting credits on the Marvel film Ant-Man. Behind the scenes, McKay blossomed into one of the funniest men in Hollywood, assuring each film he directs, produces, or writes, will embark his viewers on a laugh-out-loud voyage to escape the hardships of everyday life.

Following his most recent film The Big Short, McKay entered the comedy-drama style of films, and will hopefully deliver another hit with The Backseat, a biographical depiction of disgraced former Vice President Dick Cheney, following the policies he set forth that changed landscape of American politics. The film is set to release some time in 2018 with Christian Bale portraying Dick Cheney, and has been generating some serious Oscar buzz among film buffs. Although fans will have to be patient upon its release, we can still relive some our favorite Adam McKay films of the past decade. With that said, here is a list ranking Adam McKay’s films from average to best.

Anchorman 2: The Legend Continues was a nostalgic follow-up to the 2004 hit Anchorman, retaining the same goofball style that Ferrell and McKay are accustom too. The film follows the original channel four newscast as they land jobs in New York, working on the first 24 hour news cycle. Ron Burgundy, along with his merry-men, attempt to revitalize their careers as the 1970’s comes to an end, entering a fresh crop of newscasters into the 1980’s.

Among the best aspects of this film is the numerous cameos that appear throughout the story, including Harrison Ford, Drake, and Will Smith. Although this film has its moments, it fails to completely live up to the success of the first film. However, the movie still offers some comedic relief, and maintains that a film led by the McKay-Farrell pair will not disappoint. 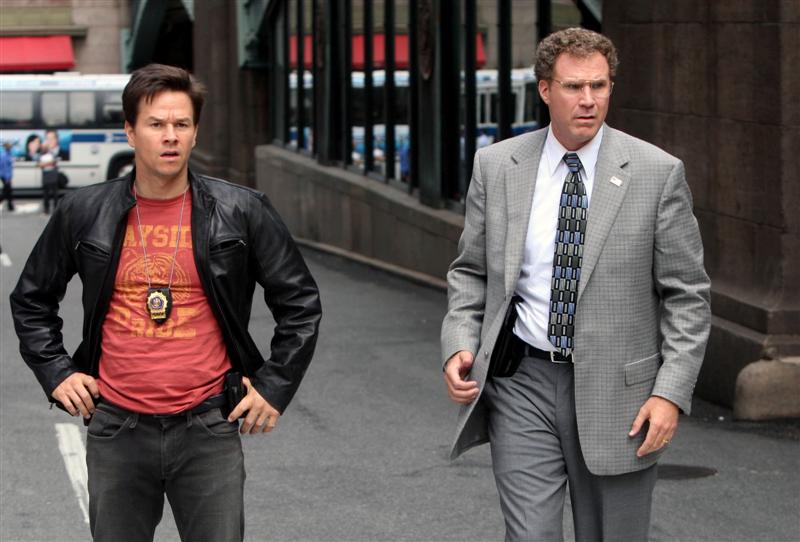 Will Farrell and Mark Wahlberg star as the two outcasts of the New York Police Department who rises through the ranks after the untimely death of the glamorized cop partners, played by Samuel L. Jackson and Dwayne Johnson. In The Other Guys, hilarity ensues as the two unlikely partners become determined to unravel an ongoing conspiracy that the city has turned a blind-eye too. The chemistry between Farrell and Wahlberg is delightful to watch, with the two constantly jabbing at each other over menial issues, such as whether a tuna or a lion would win in a fight, or if Will Farrell’s character was a pimp in college (Spoiler: He most definitely was).

Outside of the performances of Farrell and Wahlberg, the rest of the cast consisting of Michael Keaton, Rob Riggle, Damon Wayans, and Eve Mendes all deliver, exceeding expectations. The overall message of the film pertains that when chaos in upon us, and we can’t find the heroes we need, we can still count on the other guys. 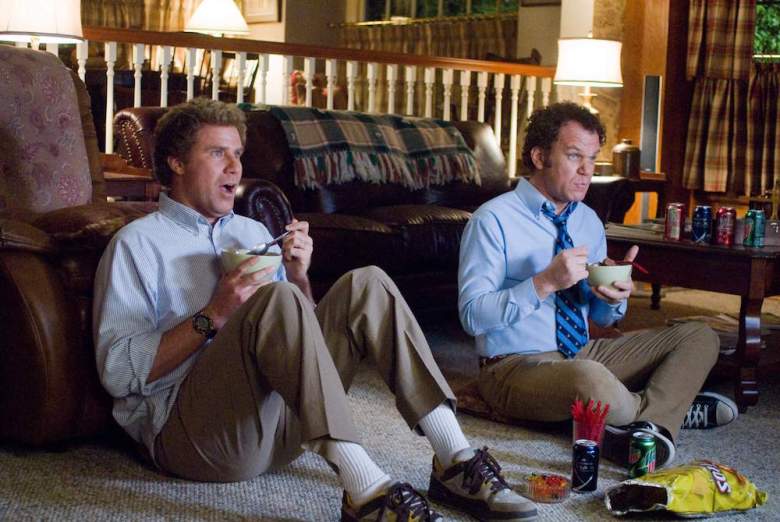 Step Brothers marks the second time Will Farrell and John C. Riley team up, and in doing so, produce one of the most quotable comedy movies of the last 20 years. After Will Farrell and John C. Reilly’s single parents unite in matrimony, the two are forced to endure each other, for neither of them have left the house, and currently reside with their parents. Eventually, the new brothers find a common enemy in Will Farrell’s biological brother, Derek (portrayed by Adam Scott), and come to realize they aren’t entirely different then they had initially thought. At this point it becomes the parent’s worst nightmare, and the viewer’s ultimate dream, as the brothers wreak havoc for their family.

Personally one of my favorite comedies tells the story of the man with two first names, Ricky Bobby (played by Farrell) who embodies the American Dream, as he rises to the top of the NASCAR racing circuit, only to be knocked down from his mantle, to rise up once again in an epic fashion. Talladega Nights witnesses the first collaboration between Will Farrell and John C. Reilley, introducing comedy nerds alike to the excellence personified by the two. This movie is all things American, ranging from commercial marketing, ignorance to the cultures of the world around us, and the desire to go fast. McKay’s second feature film strikes a chord with its viewers for it allows them the chance to laugh at themselves.

The film is wittier then it lets on, and has become one of McKay’s most underrated films he has directed. Above all, fans of this film can emphasize with the stupidity of the some of the characters, for it shows the imperfections in all of us. Similarly, the competitive edge Ricky Bobby displays can be seen in all of us attempting to elevate our standing in all aspects of life, or as Ricky Bobby would put it “If you ain’t first, you’re last!” 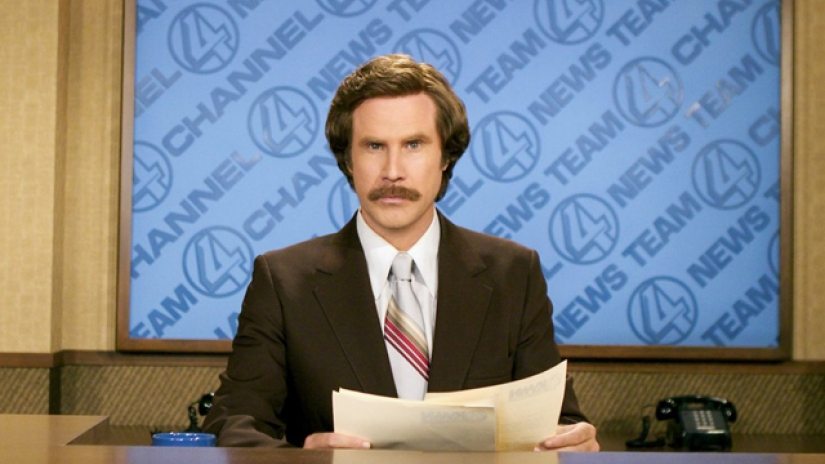 The first time I saw this film was at a 7th grade birthday party. Minutes into the film, my friends and myself could not catch our breath due to the overwhelming amount of laughter we had succumbed to. I am now 22, nearly eight years later, and I still find myself cackling at the uproarious comedy in the film. Ron Burgundy has become a cult hero, and remains one of Farrell’s best characters. Among the numerous reasons I love this film is the ability to let myself go for the two hours its plays and indulge in my immature tendencies. Although we all have to grow up at some point, the film clamps on to the childlike innocence of its viewers who need to laugh at the absurdity of the events that play out in the film.

The movie also adds an interesting character in Veronica Corningstone (played by Christina Applegate), who offers an introspective look into the struggles of being a woman trying to solidify herself in a male dominated profession. Corningstone provides an empowered woman character who strives for greatness, in spite of the ridicule she endures at the hands of her colleagues. Although it is McKay’s first feature film, it is still his most hilarious. For those of you who are to “cool” for this film, I respect that. I only ask you respect that I will revert back to the childish seventh grader who wishes to laugh at the ridiculousness when this film comes on. 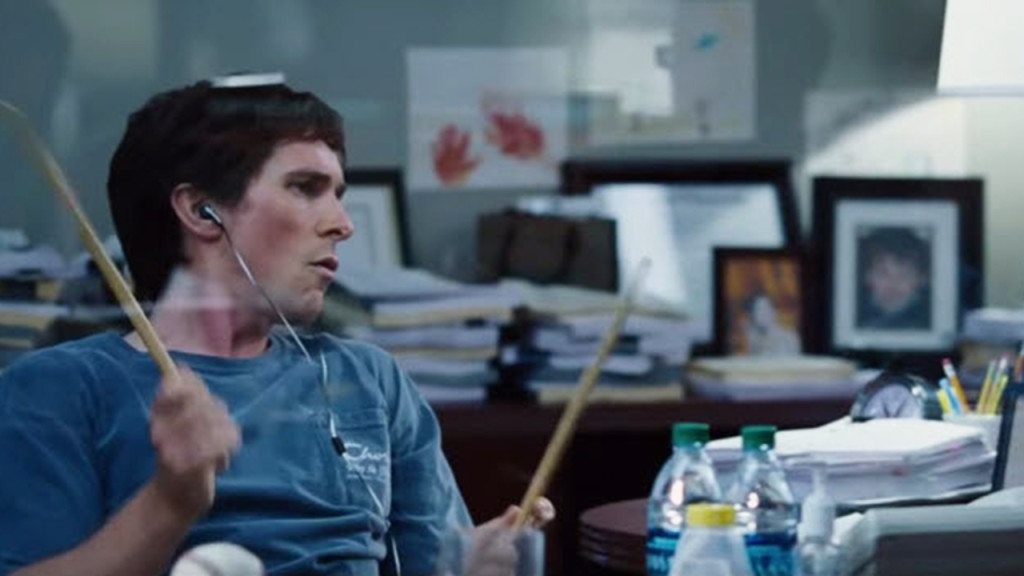 The Big Short tops the list of films directed by Adam McKay, and is quite possibly the most important film in recent years. The film dives into the story of multiple financial investors who predict the US Housing Crisis that left thousands of homeless, and resulted in the two-year long recession between 2007 and 2009. McKay casted a star-studded cast, with the likes of Christian Bale, Steve Carrell, Ryan Gosling, and Brad Pitt, who all brilliantly display the ethical dilemma each one faces in light of the mortgage crisis. McKay brilliantly exploits the corruption within the banks prior to the crash of the U.S Housing Market, while visualizing the brutality of the aftermath that damaged the lives of American citizens.

One of the questions the movie asks its viewers is how can you morally make money off the suffering of others? And how could we have let this happen? The Big Short deemed worthy for multiple Academy Award nominations, including Best Picture and Best Director, while taking home the trophy for Best Adapted Screenplay. Overall, The Big Short is a successful inauguration for Adam McKay into the comedy-drama genre, solidifying himself as a respectable filmmaker outside of comedy. However, the film stands as one of the most influential films of the 21st century, offering an insightful and considerate outlook on the devastation of the US Mortgage Crisis.