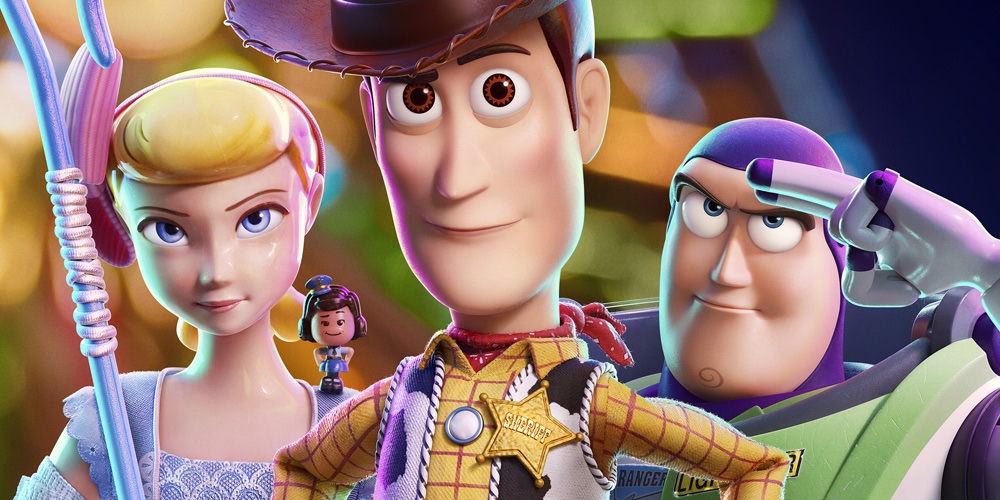 Animation in movies has come a long way since the days of Disney first mesmerized us with their creative genius. The genre has not only evolved in terms of the quality of the images produced, but also in storytelling and substance. Some films are so good, they can even feature in top movies lists for the decade. The complex nature of making such films makes them a rarity in any given year. More so, matching worthy quality becomes a bigger challenge for filmmakers.

2019, though, seems to have been blessed with the return of some of the most cherished and celebrated animated movies of all time, and the introduction of new ones that will be talked about for a lot of the time to come. Here’s the list of best animated movies of 2019. 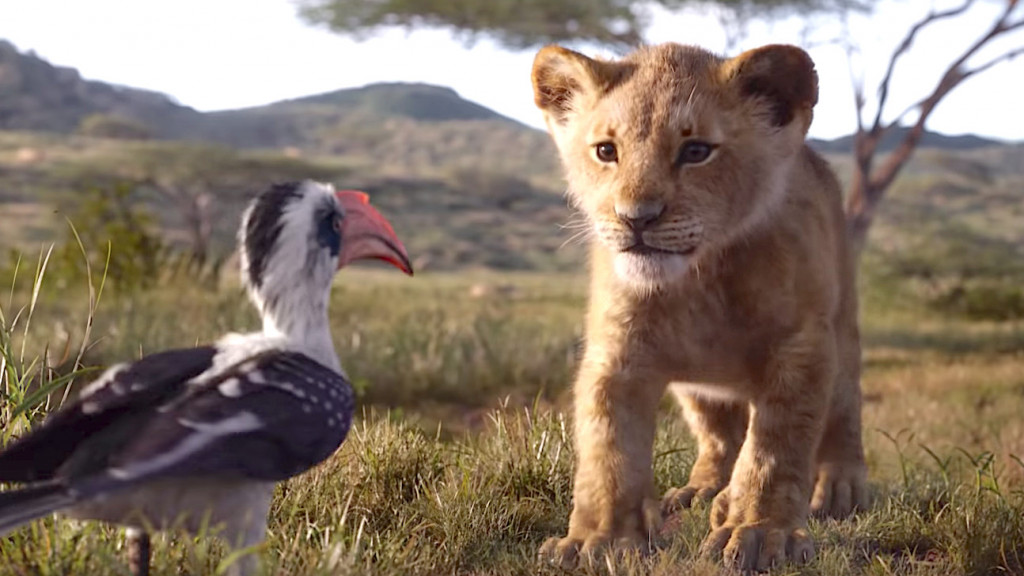 Mufasa holding up Simba into the bright sun and the turquoise skies remains one of the most iconic moments in cinematic history. The first ‘Lion King’ has achieved legendary status among film reviewers and audiences alike. Within the same league as ‘Terms of Endearment’ and ‘Ordinary People’ in bringing your tears rolling, ‘Lion King’s revamped version released this year amidst great excitement. Scar’s great betrayal once again makes for a compelling watch, as does Simba’s beautiful coming-of-age journey. More than anything, ‘The Lion King’ invokes wonderful memories from the first and grips you with nostalgia to take you down the memory lane.

Although the Favreau directed movie suffers from an acute lack of originality and lacks the formers’ classical background, the improved graphics certainly elevate the experience. Trading emotion and feeling for realism withholds ‘The Lion King’ from coming close to its source in terms of impact but also gives a different perspective to view the story once again to great effect.

9. How to Train Your Dragon: The Hidden World 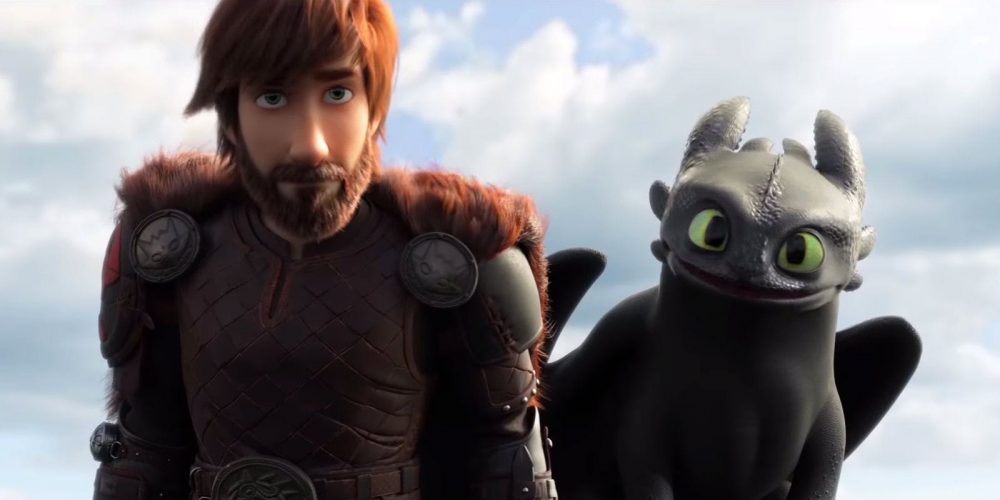 It would be safe to say that the first installment became an unexpected hit. With David Fincher at the helm, ‘How To Train Your Dragon’ relies on traditional cinema wisdom glorifying the underdog and making a sentimental pitch for its protagonists. The sequel follows a similar formula and compounds its emotional resonance with weighty moral themes and another great turn by the dragons. The increasing dragon population turns out to be quite a problem for the natives of the island. To protect their person, Hiccup and Toothless decide to relocate them to an unknown dragon haven but not without the frequent troubles by Grimmel.

There’s nothing lacking in terms of the quality of the production and the balance between the structural acts in the story. ‘Hidden World’ ticks all boxes and makes you wonder how effective can keeping things simple be. 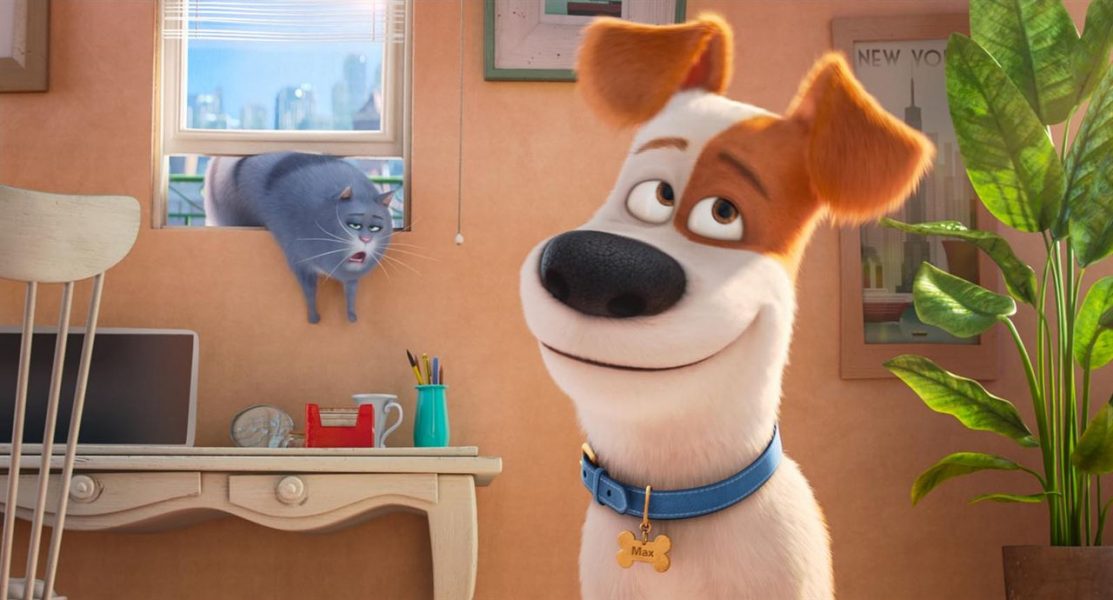 Who hasn’t wondered what their lovely pets do behind their backs? Or even when they interact with each other, or you do? ‘The Secret Life of Pets’ dared to take up the task and give us two role models, Max and Duke, who are probably the epitome of every dog ever. While the first film was filled with high-emotional drama and breathtaking adventures, its successor maintains a rather modest tone and conservatively progresses with new, funny characters and an equally better ending. This time around, Max and Duke are on a mission and carry the message of the film to protect animals and end cruelty in all forms against them.

It almost seems that the makers twisted the first one’s rather entertaining intentions to mold a film that is meaningful. The second installment retains much of the character and personality of the first, yet somehow fall short of matching its magic. For the fans of the original, ‘The Secret Life of Pets 2’ is another similarly enjoyable ride, unlike for the new ones who might require time taking to the film. 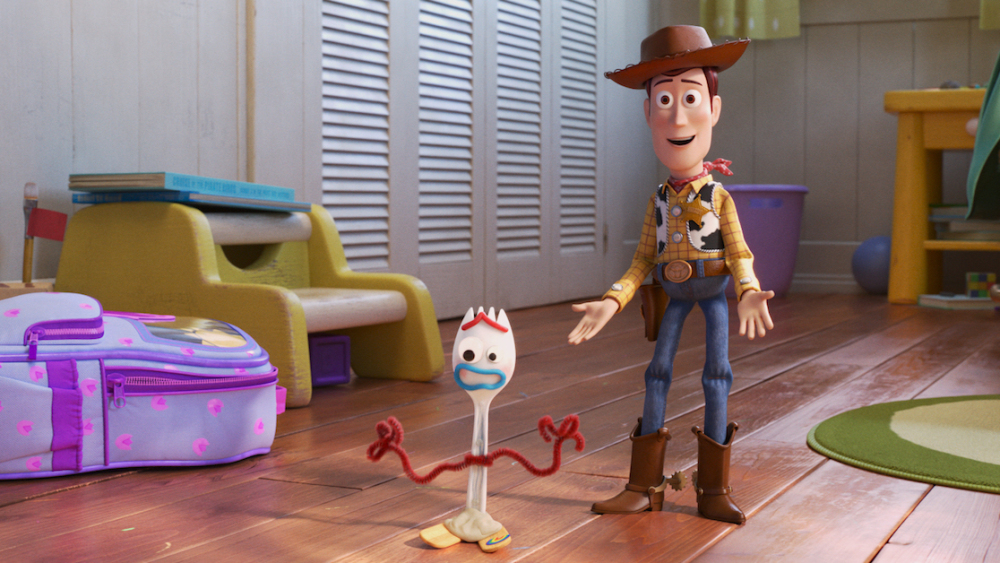 The best animated, and probably otherwise, movie ever made has a sequel that threatens its current status. Belonging to one of the most successful franchises in movie history has its highs and lows. While the perennial burden of eclipsing its predecessors remains, it also has an opportunity and an established fanbase to experiment with certain elements. ‘Toy Story 4’ makes great use of the latter, and effortlessly achieves the former, successfully blending all the qualities that make a film worthy of attention.[/caption]

This sequel also relizes one of the most anticipated reunions in film history, in the form of a road trip. If you’re looking for cutting edge animation that is atmospheric and makes for imagery that sticks the landing, this is not unlike the Toy Stories that preceded it. If you’re looking for the same depth and gutting emotion whose inexplicable hold on you is as strong as it was in the first three, this one falls just a bit short. But makes up for it by enriching this tapestry with more fascinating characters and some truly sagacious observations on parenthood. Keep those handkerchiefs ready, chief.

Another DC movie that went under the radar this year was ‘Batman: Hush’, directed by newcomer Justin Copeland. In the truest sense of animation, this ‘Batman’ rendition is a proud entrant into the annals of comic book movies, and more importantly, the animation genre. Without expensive CGI and big-budget hassle, ‘Batman: Hush’ produces a clean, authentic, and gripping retelling of the caped crusader running through Gotham city to fight crime.

The movie follows the same storyline as its verbatim titled comic book edition. Featuring almost all the major characters in the story arc, ‘Batman’ sees Bruce Wayne face up against an unfamiliar and daunting new opponent, Hush, a mysterious villain who has the ability to captivate and hypnotize his victims. Wayne’s challenge then becomes to overcome a seemingly insurmountable obstacle and protect his peers at any cost.

The glorious saga of sequels continues with another wild predecessor to match for the ‘Lego 2′ movie. The Lego universe is recreated and opened up again for the audiences to lap up the joy that comes with it. Bianca, Finn’s affable and shy younger sister becomes the reason for a devastating alien attack by entities called Duplos, on the sacred Bricksburg. The contrasting results of the two siblings’ creative minds make the universe a toppling place, forever caught in the middle of the battleground.

‘Lego 2’ carries a similar universal appeal like its predecessor. The age spectrum is really a wide one, allowing almost anyone of any age to enjoy the movie. The sequel charms with a good balance of comedy, action, and a dreamy voice cast, often not the case with sequels. Bottom line? Everything is still awesome! 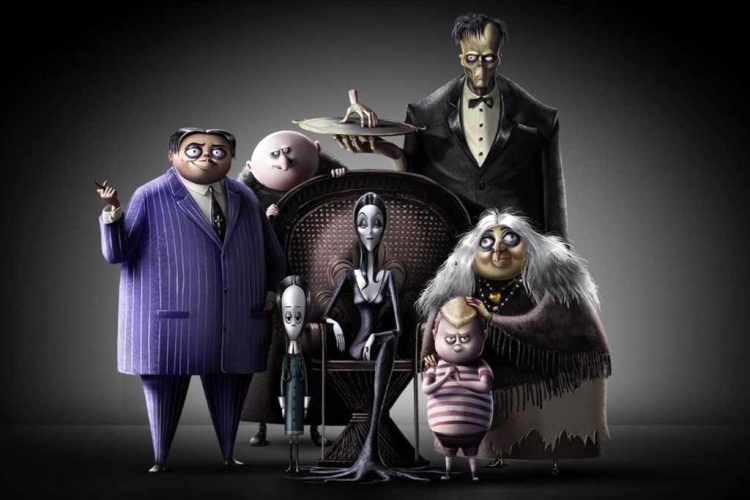 If Paige and her family thought they could take the award of the odd-ball family of the year, they’re so wrong. Charles Addams’ the Addams take the honors, starring in its animated version released this year. Along with a stellar voice cast and eye-catching visuals, directors Vernon and Tieron recreate the vague family’s struggles to mix in with their surroundings and connect with people totally different from them in appearances. The urge to escape a life of isolation and despair looms large and on the edge, as the time comes near.

The dark humor in its source material is apt of its times and remains relevant even today. The message it carries isn’t too dissimilar to what Hanks does as Fred Rogers in ‘A Beautiful Day in The Neighborhood’: we’re all unique in our own special way. The family dynamics are the fuel that keeps ‘Addams Family’ running smoothly till the very last. Regardless of the rather specific thematic extraction from Charles’ enigmatic piece, this animated rendition stands tall on the effort of its cast and the brevity of its writing.

‘Funan’ is a French-language period drama that takes a hard look a the brutality of the Khmer Rouge revolution in Cambodia. A desperate mother’s search for her daughter in the aftermath of the revolution forms the principal premise of the film. Although the adrenaline in the movie comes for Phnom Penh’s search, the film is a poignant and intelligent depiction of Cambodia’s helpless struggles with the revolution and the impact it had on the people living there. The bleak tone successfully brings out the macabre that took overjoy and laughter in the country pursuant to the break-out.

The over-powering sound design is something that separates ‘Funan’ from its contemporaries this year. The team engineers such raw, surprising sounds that you almost feel transported to the battle-ravaged grounds. The experience of grief and loss of a loved one is one that probably might send you crying and stand in applause for a valiant effort. 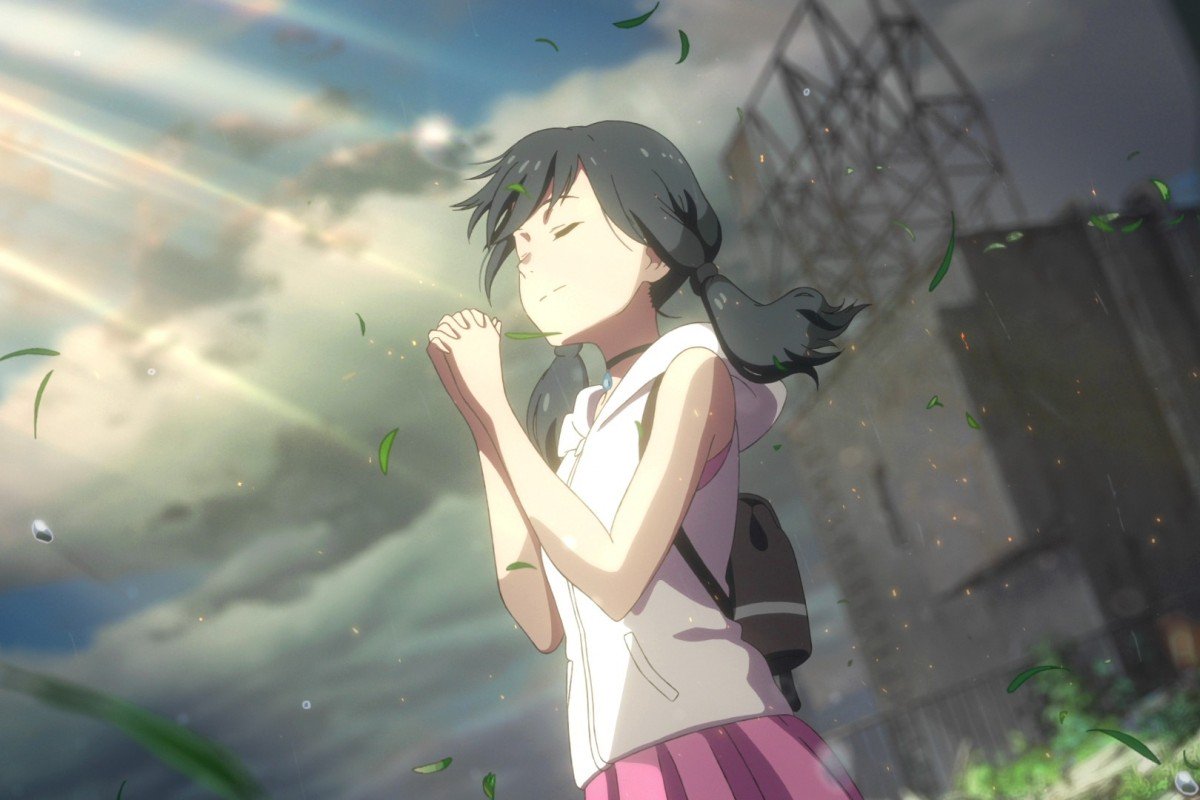 Like most of Shinkai’s previous work, ‘Weathering With You’ benefits from the fleeting high and innocence of young romance that faces the odds of the world, brought out in stunning animation. That the odds facing them are all too fantastical: in this case, an insurmountable downpour that lasts years on end and an urban sacrificial legend that threatens the very existence of Hina, lends an almost mythical quality to the proceedings, but never at the cost of the relationship driving it all.

While the love story at the centre of it may be something you would have seen a number of times in all types of films from across the world, how it happens: melding beliefs, myth, legend, tradition, religion, urbanism, fantasy, surrealism and so much more: is what should draw you and keep you invested in this sublime film. 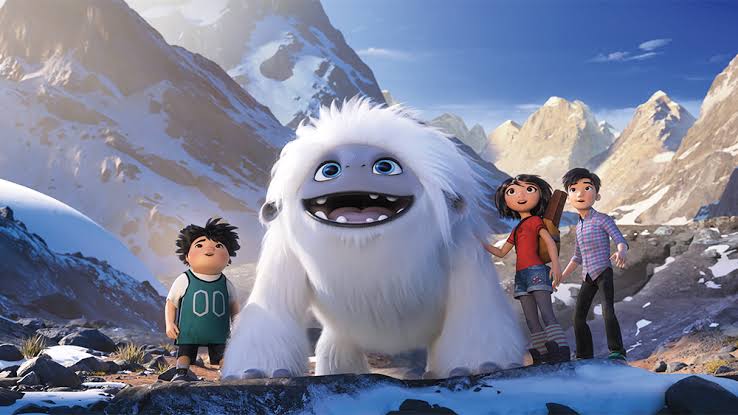 When Yi and her friends discover a Yeti on the roof of their apartment, their first instinct is that of amazement. Its unknown origins quickly become known, as business tycoon Mr. Burnish claims his ownership on him. The friends decide against releasing him back and embark on a life-changing experience to the mountains to return Everest, as they name him, back to where he belongs.

‘Abominable’ is a cultural, vehicle for the Chinese, though, ironically the movie is banned in the country. In trying to maximize its representation of the home country’s culture, ‘Abominable’ momentarily loses its plot and gives in to the genre stereotypes. The storytelling is surprisingly refreshing and involves some light moments with the Yeti. Seeing the magnanimous animal come to life is an ecstatic experience and in some ways, a little overwhelming. Overall, the film’s depiction of relevant social issues regarding the safety and preservation of animals makes it an instant and necessary watch, although the real hero is the story which sails through as unique and soul-stirring.