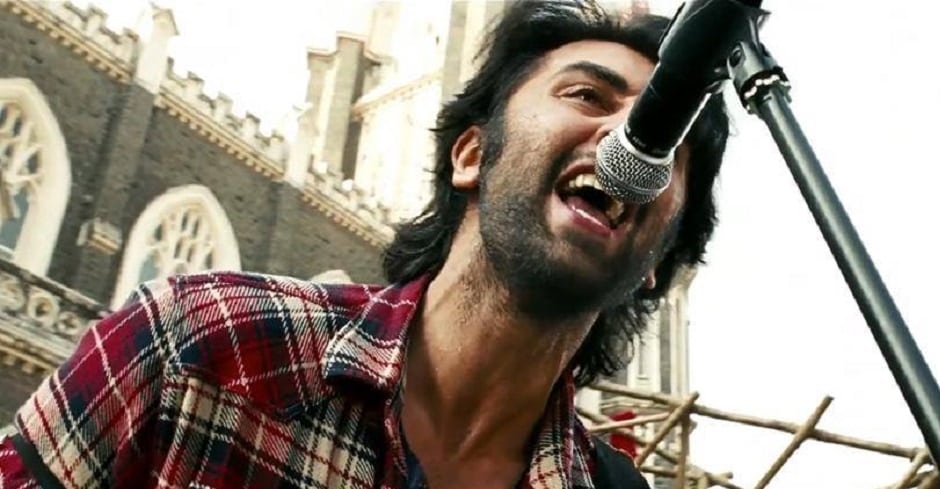 AR Rahman’s music is transcendence. He is currently the biggest composer in India with over 200 million albums sold, and one of the most widely respected internationally. His songs reverberate in your mind long after you listen to them, in a way that no other music director has been able to do. I find his music evoking personal feelings within me, partly due to the nostalgia of having him around since the time I was born, and otherwise, for the unquestionable talent that this genius possesses.

One of my favourite composers of all time, Rahman’s music is the kind that deserves to be treasured, remembered, sung, and loved; and here we look at 20 greatest songs of AR Rahman.

The best road trip song ever? Probably. This is one of AR Rahman’s more unconventional numbers, but it’s just as good as what he’s mostly known for. Hariharan’s voice is pretty much perfection here, and the instruments have been used in a way that makes them noticeable rather than remain in the background.

This is one of AR Rahman’s early tracks that shook the country and became instantly popular. Sexy, seductive, and cool, Konjam Nilavu’s build to the ‘Chandralekha’ lyric is one of the most iconic in Indian film music history. This one continues to play in dance clubs all over the country. The accompanying video here is quite pleasing, visually.

Dheemi Dheemi is a song in which the lyrics really stand out. Hariharan’s rendition of Javed Akhtar’s soulful lyrics is magnificent on its own, but with AR’s music, it achieves a level of beauty paralleled only by the simplicity of the piece. Lovely song to listen to when it’s raining out.

For Rockstar, AR Rahman experimented with soft and hard rock, and Jo Bhi Main is an example of the former. This film has a lot of good songs, but I think the one under discussion here stands out because of the attachment I have to it. It’s pretty uplifting a tune, and Mohit Chauhan sings this very well.

One of Lata Mangeshkar’s last great songs (as of yet), Luka Chuppi was a grower for me. The entire Rang De Basanti album is very well made, but this song is on another level of excellence. It makes me feel really good, both Rahman’s and Lataji’s voices echo in the hollows of my mind as and when I listen to this stunning piece.

En Veetu Thottathil is a classical romantic song, and I find myself indulging in its lyrical perfection as if it were a personal experience. The ups and downs of this song stand out and are worthy of a mention in how striking they are. AR likes to experiment with various kinds of music, and this is probably his best approach to Indian Classical as of yet.

This song is part of my childhood, like a good number of AR Rahman’s ’90s works. I find that, other than my nostalgic connections to it, this song has such a danceable flow of music to it that makes it memorable. It’s also the kind of composition that you hum when your brain’s turned off – the tune is just that catchy. No wonder Chaiyya Chaiyya became the iconic wonder it is. The accompanying video with the train-dancing is the cherry on top.

This is one of AR’s more atmospheric numbers, sung with the background of pouring rain, evoking a sense of wetness by itself. I love the way the music glides in this number, it feels very refreshing to listen to and has a tranquil sense about it, making it effective in its communication of emotions.

This song is all acapella – not a single instrument was used during its creation. AR Rahman offers a calming piece with Rasathi, the many hums speaking to your soul with their fullness. There’s an undertone of sadness here, and it’s kept at that, giving this song the scope of subtle interpretations.

AR Rahman did the impossible here and made the cock-a-doodle-doo of a chicken melodious, playing it alongside his addictive beat. The song was sung by Minmini at a time when she had gone through problems with her voice (that would eventually force her to quit singing before her 2015 comeback), and so, Rahman recorded her word by word and then edited it all together to form the complete piece. Yeah, hard to believe, isn’t it? It doesn’t show in the final track, not by a bit.

Padakali is one of the toughest songs to sing that I’ve ever come across. It’s fast, exciting, and hilarious. The Malayalam song is part of a really good film titled Yodha, and works its way into the plot as a rap battle (of sorts) between two rivals. The song is filled with so much energy that it becomes quite the adrenaline pumper.

In the early ’90s, AR Rahman had a string of excellent compositions that allowed him to, with seeming ease, get to the heights he is at now. Kadhalan is the very definition of a passable movie, in my honest opinion, and the only reason anyone ever brings it up in conversation today is to talk about this one song, a wonderful dance number that forces you to get on your feet and move.

Pudhu Vellai Mazhai is probably AR Rahman’s dreamiest composition. A lot of pictures flash by my mind whenever I listen to this: rain amidst the enveloping dark blue sky with a cold wind blowing, mountains in the daylight, brightly coloured daffodils, to name a few. This is the kind of song that takes you someplace else. Oh, and the excellent, definitive beat here deserves a special mention.

I’m just going to declare Roja as the best thing AR Rahman ever worked on (not as fact, but as an opinion, of course). Each and every song in this film is a masterwork, meticulously composed and handled with stylistic perfection, of which Kadhal Rojave is an eminent example. That bit where SP Balasubramanyam sings ‘enthanatho, ethanatho, sol, sol’ is as good as music will ever get.

It was really a coin toss for me between this song and Alaipayuthey Kanna, both from Alaipayuthey, since the two are genius compositions, although Snehithane helped shape AR Rahman’s masterful trademark style, with its rhythmic, throbbing beat and beautifully realised sensuality amidst a carefully crafted sense of mystery to the lyrics and music. The film isn’t half bad, by the way.

Margazhi Poove has an interesting mix of classical and modern music styles, and it’s difficult not to bob your head to it. The song describes a special flower that grows during a particular month of the year, and this provides a romantic touch to the already seductive composition. An unforgettable AR Rahman classic.

Naina Neer occupies an ascendancy over our emotions with its soothing tune that flows for five beautiful, gracious minutes. It’s the kind of surreal music that can stop all thought, capture our attention in its entirety, and never let go even after the song has ended. Pure bliss, this one is. A highly underrated AR Rahman composition. Sadhna Sargam’s voice is nothing short of angelic.

There are two versions of Porale Ponnuthayi in the Bharathiraja classic Karuthamma. I like the one linked here more than the other, though both are stunning pieces of music. The late Swarnalatha sings this heartbreaking song that I feel has the ability to haunt its listener to the point of complete and utter sadness.

This is the most danceable song ever, and I’m serious about that. It’s impossible to sit still while Andha Arabi Kadaloram plays, what with its catchy beat, memorable music, striking lyrics, and an ‘item song’-inspired video to go with the whole thing. A notable example of AR Rahman’s range as a musician. The OK Jaanu version doesn’t even stand to compare to this masterpiece.

Chinna Chinna Aasai is my favourite AR Rahman song. Minmini’s melodious voice sparks a youthful memoir of innocence, childhood, and longing, by singing about tiny, simple, inconsequential dreams; in a composition that elevates its meaning to even greater heights. This song is bound to make anyone nostalgic about a time long gone.