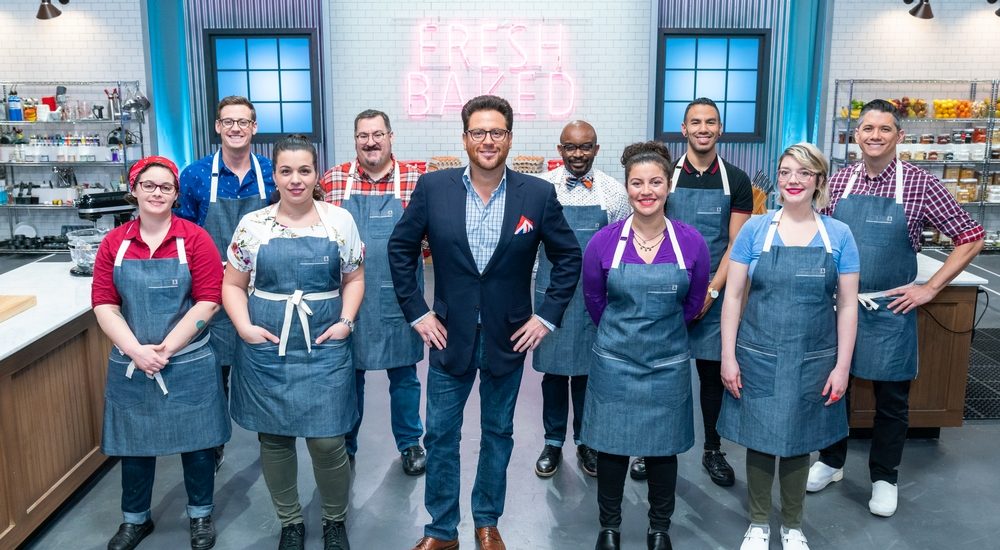 One of the most famous cooking shows currently on television is none other than Food Network’s ‘Best Baker In America’. The series first debuted in 2017 and since then has mesmerized audiences over the two seasons which have released till date. The show is produced by Triage Entertainment. The first season is presented by Adam Rapport, editor of the food magazine Bon Apetit. Rapport, Jason Smith and Marcela Valladolid serve as judges in the first season. In the second season, Rapport was replaced in the second season by Scott Conant, the celebrity chef. The other two judges remained constant. A rotating third judge, who is a special celebrity, can be seen in the second season.

Food Network’s President Courtney White has expressed his excitement about the show several time in the past. Here’s what he said recently: “Proving to be the Best Baker in America takes a mixture of skill, imagination, and determination. These tremendously talented bakers have their work cut out for them, as they are pushed outside their comfort zone to whip up beautiful and delicious baked goods to impress an all-star lineup of prestigious bakers for the $25,000 prize.”

Best Baker In America Cast: Who is in it?

‘Best Baker In America’ is hosted by Scott Conant. He is a restauranteur and a celebrity chef who has a vast experience of working on a number of food-related shows over the years. Conant can be seen in the shows ’24 Hour Restaurant Battle’, ‘Top Chef‘, ‘Chopped’, and others.

The two constant judges of the show are Jason Smith and Marcela Valladolid. Smith first came into the limelight after he became the winner of the 13th season of ‘Food Network Star’. He is also the winner of the third season of ‘Holiday Baking Championship’. Valladolid started her career as a staff at the Bon Apetit magazine. Later, she found fame from the show ‘The Apprentice: Martha Stewart’ in 2005. Valladolid has been a part of various food-related shows on NBC, CBS, and the Food Network. Besides the two permanent judges, a number of celebrity judges also appear on the show. These judges are Florian Bellanger, Elizabeth Chambers, Valerie Gordon, Shinmin Li, Nancy Silverton, Sherry Yard, and Zac Young.

The most recent season of ‘The Best Baker In America’ had nine participants in total who battled it out for the $25,000 cash prize.

Best Baker In America Plot: What is it about?

The nine participants who compete in ‘Best Baker In America’ go through several rounds of competition to ultimately determine who is the best baker among the lot. The basic skills of baking and the finesse one can offer with certain specific products are the qualities that are tested in the show. Likewise, each day’s challenge is also divided into two parts- the Skills Challenge and the Masters Challenge.

To give you an understanding of how it works, let us take the example of the first episode of Season 3. In the first challenge presented to the nine participants, each one has to create a mini-Princess cake. And in the second challenge, the bakers are asked to make a Royal Baby Celebration cake which should be enough for a party of 100 people. The flavors the cake has to be of re elderflower and lemon. One participant gets eliminated after each episode, and on the seventh and final episode, three bakers fight it out to be the champion of the season.

Other tasks during the season include making different varieties of pastries, using coconut flavor for a cake, creating a flaming cake called Bombe Alaska, and others.

Best Baker In America Season 4 Release Date: When will it premiere?

Best Baker in America season 3 premiered on May 13, 2019 on Food Network. The show is quite interesting because of innovative ideas that go behind the the art of baking. Viewers can also watch the series to gain knowledge about the various subtleties and methods of baking and learn some important tips and tricks of the trade.

All the three seasons of the show has been vastly successful. So, we expect Food Network to come out with a new season next year. Our best guess is that Best Baker in America season 4 will premiere sometime in May, 2020. However, no concrete news regarding Season 4 of the show has been revealed yet by the network. We shall update this section as soon as we hear more.

While we wait for an update on season 4, head over to Food Network to check out latest clips from the show. If you haven’t seen the show yet, head over to Amazon Prime to catch all the episodes of the previous seasons.