5 Actors Who Played Batman the Best 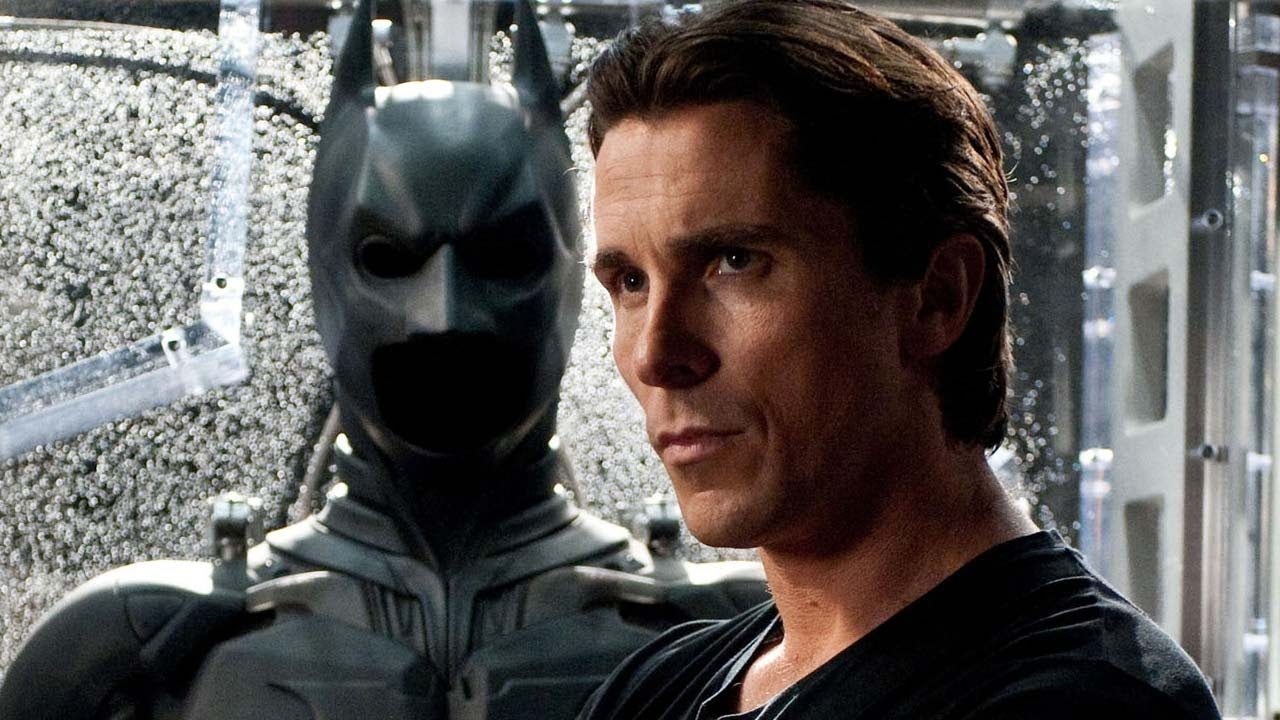 In 1939, two young artists Bob Kane and Bill Finger created a superhero for Detective Comics. After the success of Superman, there was a heavy demand in the industry for similar heroes, and various characters were being tried. One such character was Batman, who impressed readers a lot in part-time issues. After increasing developments, he was soon granted his own comic book series, and had become a fan favorite by the early 40s. Kane and Finger were inspired by many pulp heroes and movies like ‘The Bat Whispers’ and ‘The Mask of Zorro’.

Initially, Batman donned an ominous person and indulged in killing but that was scrapped to stick to an uplifting version against the backdrop of WW2. He was further molded into a paternal figure to the city of Gotham after World War and the comics were laced with subtle social commentary. People looked up to him and he fought for morals, something typical of Superman. Towards the 80s, writers chose to take a different course by revisiting the initial conception of Batman, which resulted in the character we are familiar with, today. The Dark Knight who serves justice on popsicle stick, cold and raw.

Being an iconic figure in the comic industry with millions of fans, it’s just obvious that he gets loads of movies. Movies based on him, that elevate his status to new heights. In a universe filled with people who can run faster than the speed of light and lift a whole city, he is a “man” who decided to stand up. In ‘The Dark Knight’, Gordon says of Batman “He’s the hero we deserve, but not the one we need right now”.

Batman is not the yin for Gotham’s yang, he is Gotham’s own creation. His world needs people who can lead by example, people who can inspire others to follow but when the law fails, it needs that creation to inflict terror and the wrath of Hell on the souls that escape it. The Caped Crusader understands his journey is of solitude, and has to be a symbol of fear, to the criminals and the people. With that being said, let’s look at the list of top actors who played Batman the best. 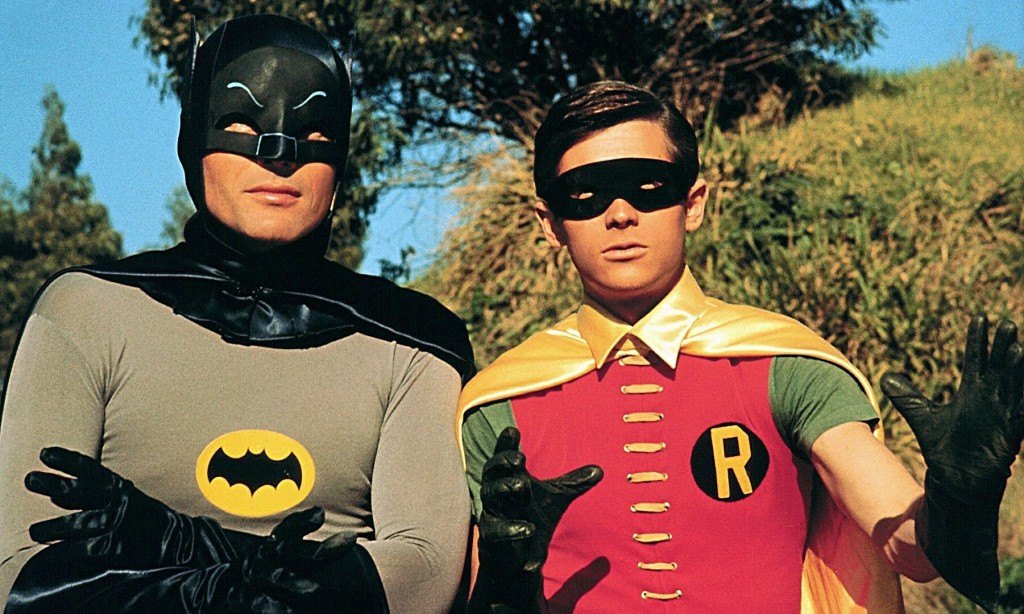 The TV show that originated in the 60s is known for successfully resuscitating the dying hype surrounding Batman. The Batman comics had reached their lowest point and the character would have been trampled by hundreds of emerging superheroes. The TV show added intentional campiness along with humor, and Batman became a crime-fighter who would beat criminals with theatrical action. Adam West was perfect at throwing punches and comical one-liners, and became the star of the most watched TV show during the 60s. 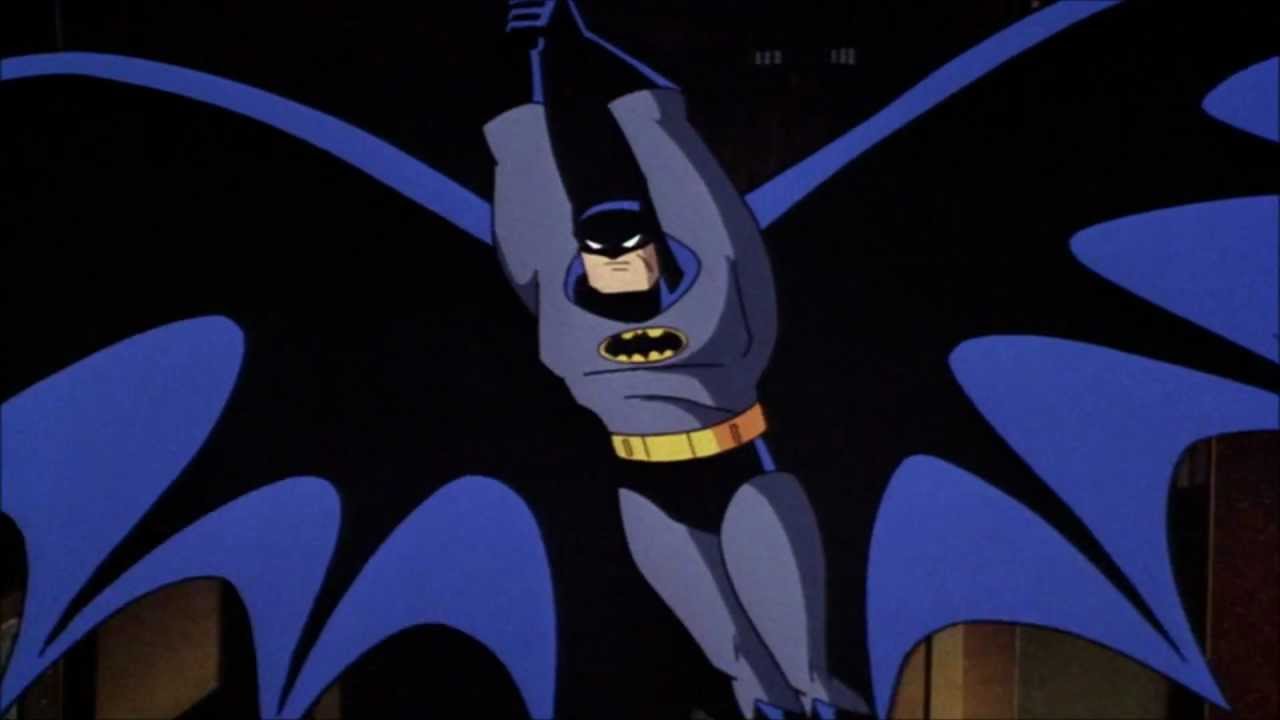 ‘Mask of the Phantasm’ is considered to the best Batman adaptation ever made, and Kevin Conroy lent his iconic voice after the success of the animated series. Voice actors are usually overlooked because of what is considered to be “minimal” contribution towards the film, and I use opportunities like these to signify the importance of these professionals. The Batman animated series had a massive impact, and many adaptations that followed sought it for inspiration. Mask of the Phantasm came out during the series pitting Conroy and Hamill against each other, yet again. The movie made full use of the mysterious aspect of the Batman comics, and the suspense has never been successfully captured on film, like this. The film is a visual treat too, by using the noir style of the 40s and exploring Batman’s title as The World’s Greatest Detective. 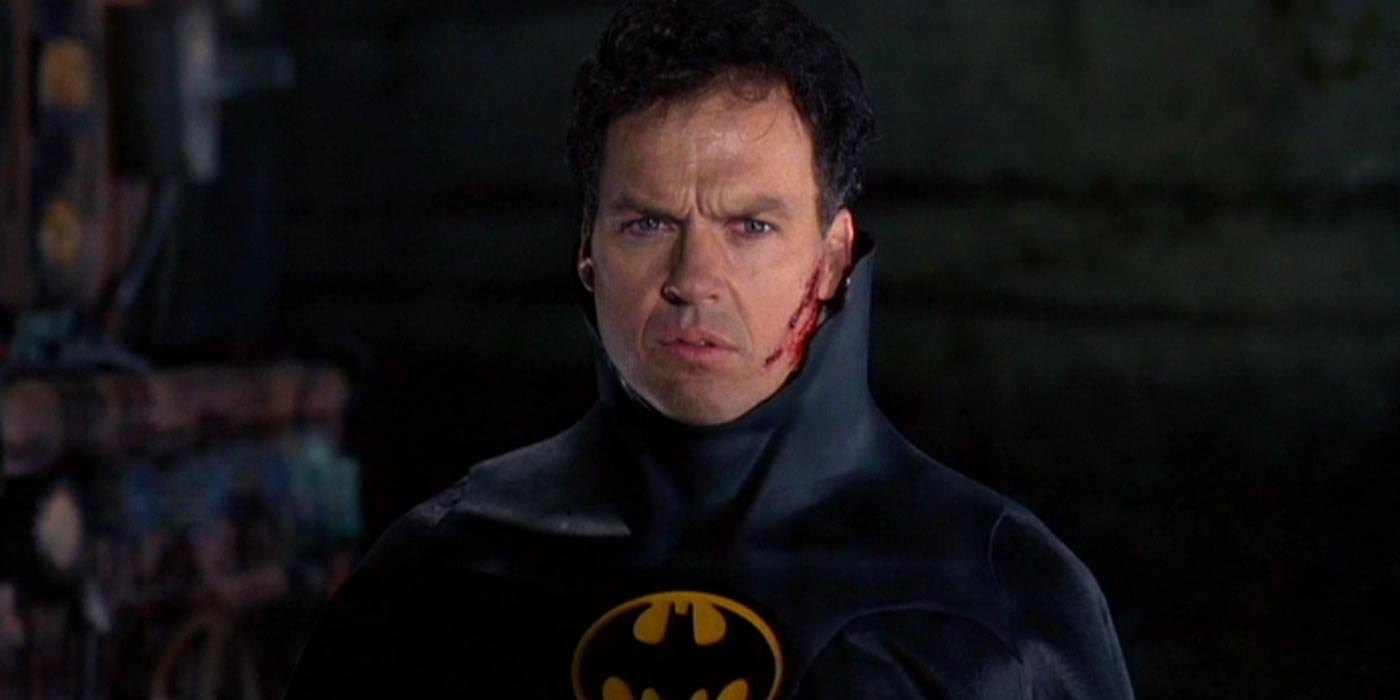 In 1989, Tim Burton and Michael Keaton gave us something we had been waiting for almost 50 years. A live action adaptation of Batman. After working with Keaton on ‘Beetlejuice’, you’d have expected Burton to cast him as Joker in the Batman movie. But to the surprise and dismay of thousands of fans, Burton cast the comedic actor as The Caped Crusader. He didn’t disappoint and gave the most honed portrayal of Batman. His version also stayed in tact with the uprising of the 80s by borrowing violence onto the screen, which compensated for the shortcomings in the portrayal of Bruce Wayne. Keaton’s Batman was the flawed antithesis to Nicholson’s Joker, which helped depict a realistic superhero , an element that was missing in Nolan’s thematically conflicted characterization. 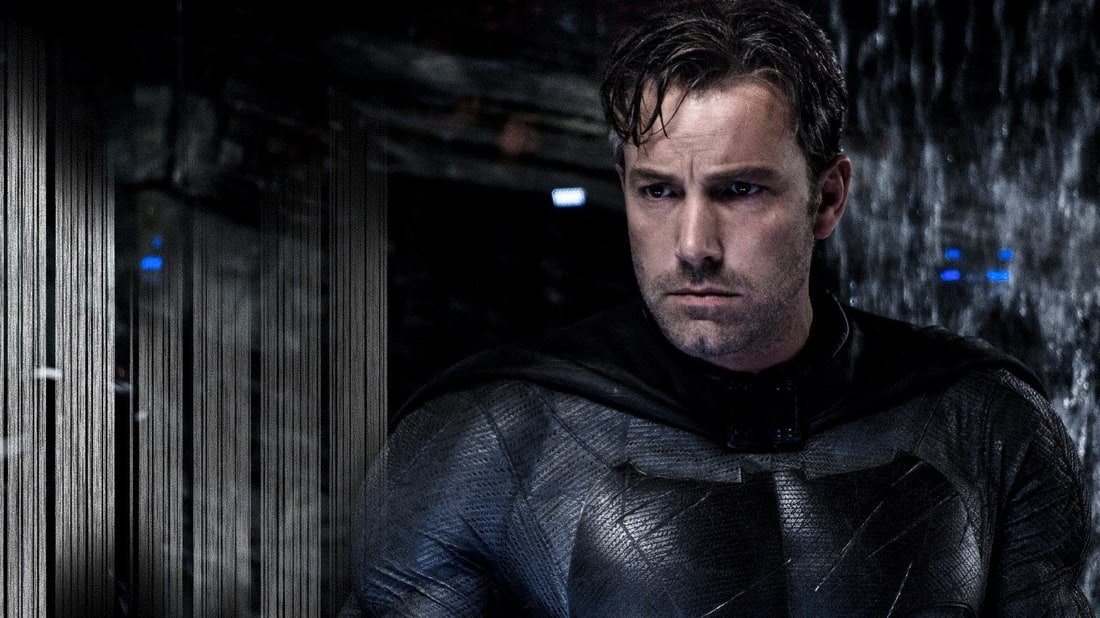 Ben Affleck’s Batman or “Batfleck” is the closest comic book adaptation of the character. Though ‘Dawn of Justice’ was nowhere being a great movie, it was true to its source material, something Nolan’s or Burton’s movies weren’t. The one thing it got completely right was its characterization of The Caped Crusader. Right from the intimidating costumes to his burly physique, to his calculating and ruthless approach to tasks, it was like Batman had been ripped right from the comics and put on the big screen. Affleck was also successful in bridging the gap between the not so contrasting Wayne and Batman, because the character was at a stage where there weren’t two identities. Bruce Wayne had accepted his true identity as Batman, and faced a situation that required him to focus on things above than masking his inner self. He even transferred some of his humane emotions to the suit when he killed his enemies, something that didn’t strike a chord with audiences. In BvS, Batman faced his biggest challenge and his realization that non-violence isn’t always applicable was tonally in order with this gritty representation of the character. 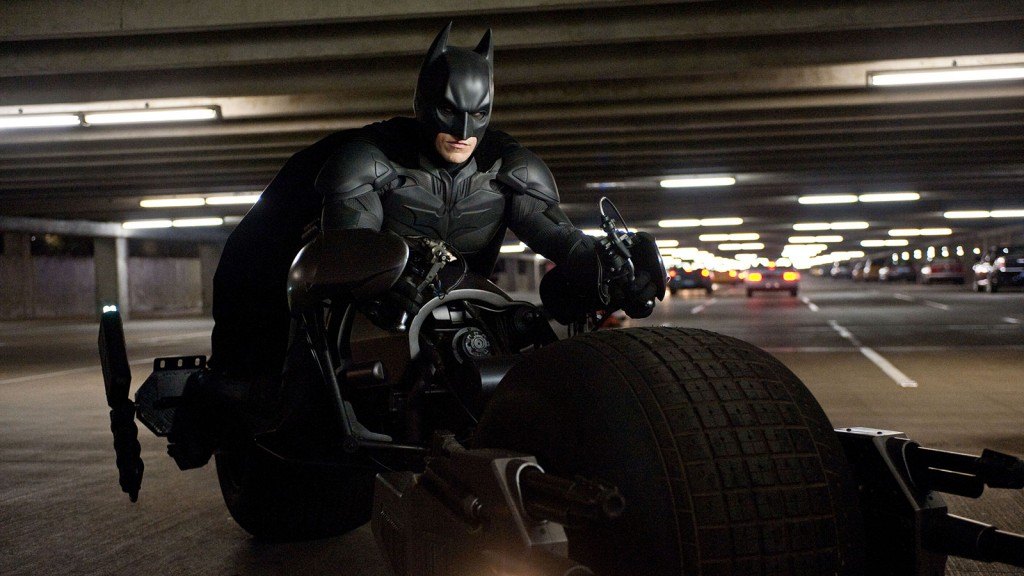 I’ve always felt that ‘The Dark Knight’ was a wrong title given to a movie that disregards its superhero. But, I would have never asked for this feature to be titled so. ‘Batman Begins’ is the greatest comic book origin story ever put on-screen, and remains to be the best live-action Batman movie, one that gets better after every watch. Unlike Affleck’s Batman, the evident stress on the distinctions between Bruce Wayne and his moniker is remarkable, as it indicates the difficulties a man has to go through while leading two lives. Bale is spot on with portraying four different identities in the movie. As Bruce Wayne, he shuffles between acting as a playboy, while also hinting at the underlying torment and dedication towards his actions. As Batman, he has to keep his humanity and personal judgement at bay and strive to be something more, a symbol, a messiah for humanity. I guess the overall experience is enhanced by the movie’s low-budget aesthetics, and the focus on its hero unlike the sequel. There maybe flaws in the development, but they are only present to highlight the turbulent progression of this stage in Bruce Wayne’s life.