12 Best Board Games of All Time 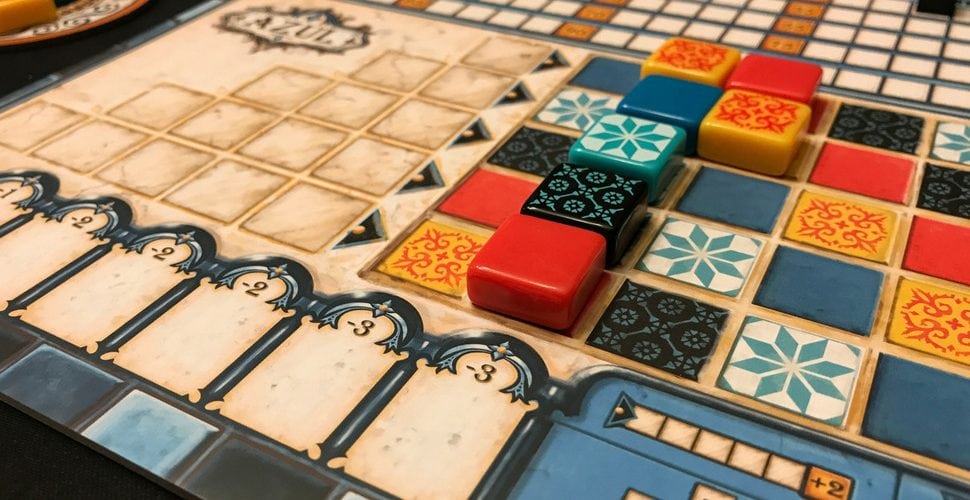 With video games dominating for many years, and continuing to do so with advances in technology, its easy to overlook the kind of games that brought most of us into gaming in the first place. Board games are some of the first games we encounter, and though video games are credited with innovation, board games are stepping up their game. Classics such as Chinese Checkers and Chess have been there for centuries, whereas enduring favourites like Monopoly and Battleship have enthralled kids and adults alike for many decades. The following list will seek to move away from the mainstream, and talk about board games that are right at the top and should be played by more people worldwide. Here is the list of top board games ever. You can play these really good board games online, or on PS4, iPhone or Android. Most of these board games are meant for adults. 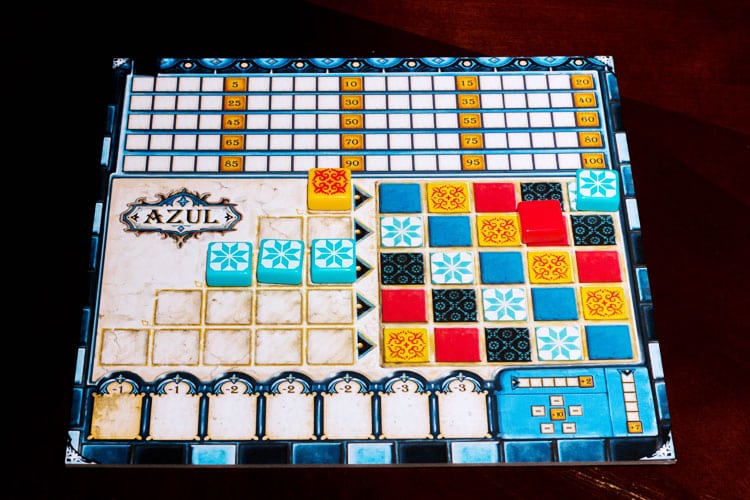 The latest winner of the prestigious Spiel de Jahres award, Azul is an abstract game based on azulejo, a kind of Portuguese tile. The game revolves around players collecting similarly coloured tiles and filling rows on their side of the board, following which they can place one tile on the other player’s side and gain points depending on its position. Developer Michael Kiesling’s comprehensive two-phase design process enabled ‘Azul’ to boast of such a beautiful design, making it a must-play for puzzle aficionados everywhere. 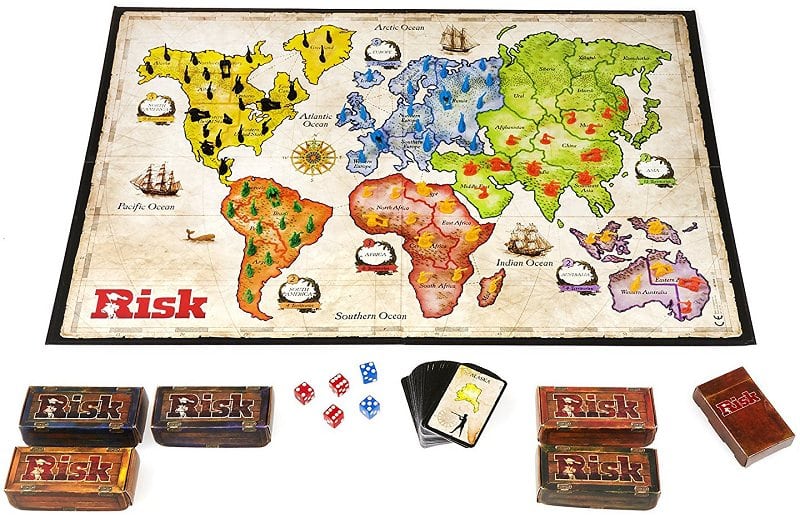 In the seemingly endless sea of board games on shop aisles, one game that seems to be perennially overlooked is ‘Risk.’ It is an intricate game with the premise of world domination. Two to six people are given the opportunity to control armies in an attempt to take over other players’ territories. It is a complex and rewarding game, and is intelligent in a way that very few games are. 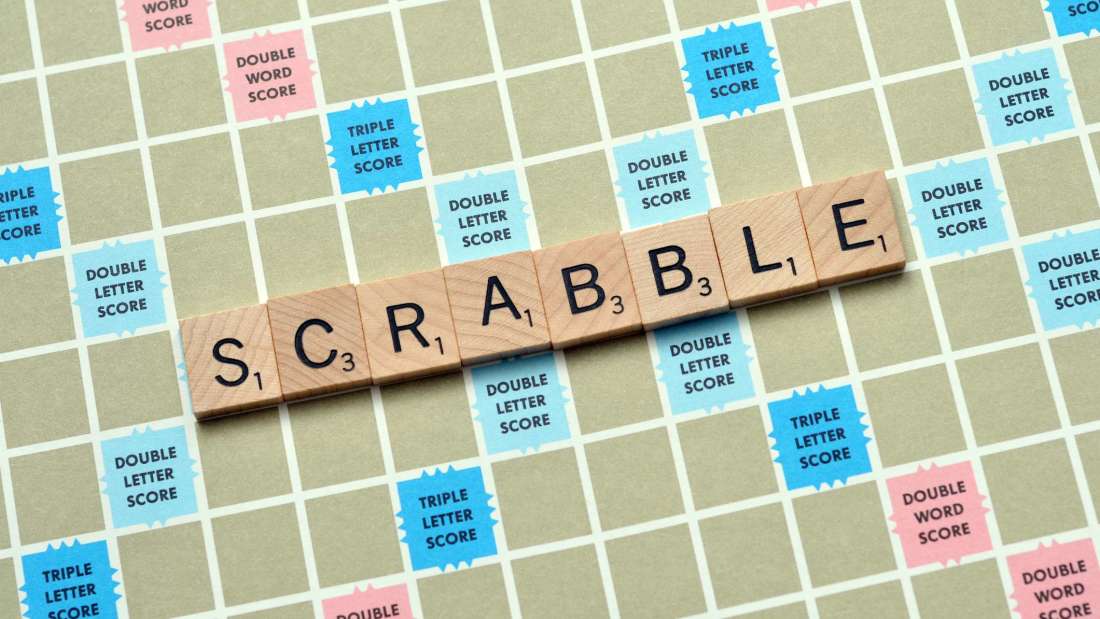 The worldwide favourite is still going strong, and there’s no signs of it stopping anytime soon. Two to four players test their vocabulary skills by placing tiles of letters to form words, but the game is more than just that. The points system allow players to be more clever rather than knowing an obscene number of words, with tile placements instrumental in propagating this. Of course, the fun in making up words and infuriating the other players has no equal in board games. Scrabble is euqal parts serious and hilarious, and that’s all we really need. 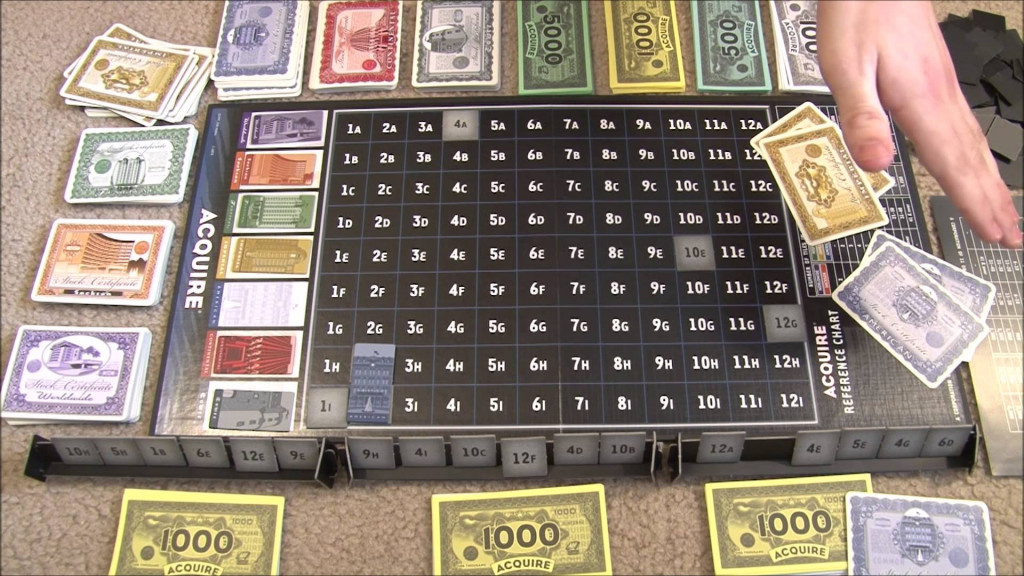 Imagine a game that combined the financial intelligence of Monopoly with the grid-based mechanics of Battleship. Acquire is just that game, and it betters the economic approach of Monopoly through accurate investment techniques, and encourages players to be more fluid in their approach. It is an underrated gem, and deserves a place at least alongside the decidedly elementary Monopoly in comparison.

The Battle Connection franchise, or BattleCON for short, pits players against each other in an exhilarating fighting game format. The turn-based board game has extensive character customisation, with unique skills, along with deep, intricate strategy. In ‘Devastation of Indines’, players fight as heroes against new villains from the first one who want to control the fantasy, hi-tech world of the eponymous Indines. Fantasy fans could well hitch a ride onto this. 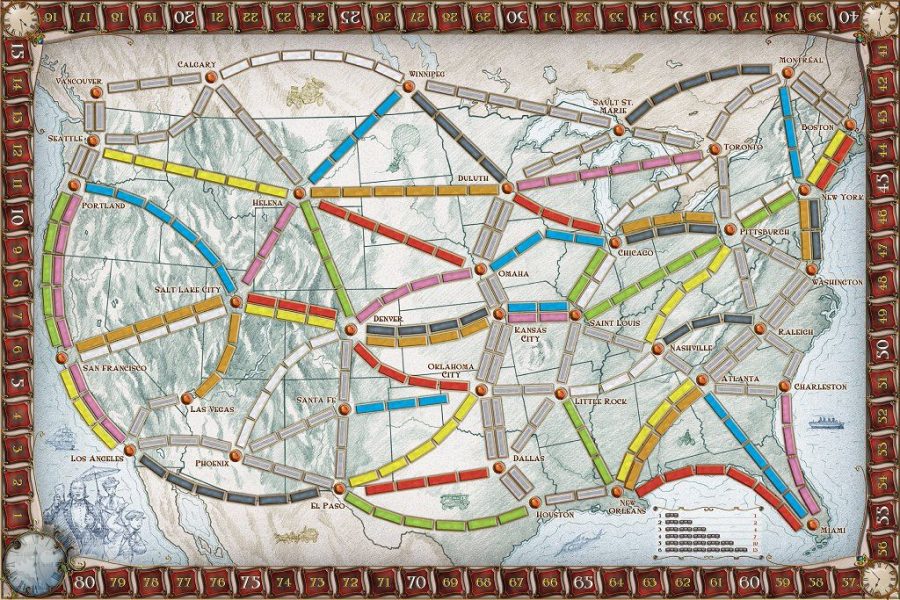 If players want to visit the glorious days of the railroad, there’s no board game better than ‘Ticket to Ride.’ Players will traverse through the American mainland and need to rack their brains to make the most of the game and travel the farthest distance. The game took a simple premise and transformed it to a novel pastime, deservedly winning the Origins Award for Best Board Game in 2004. 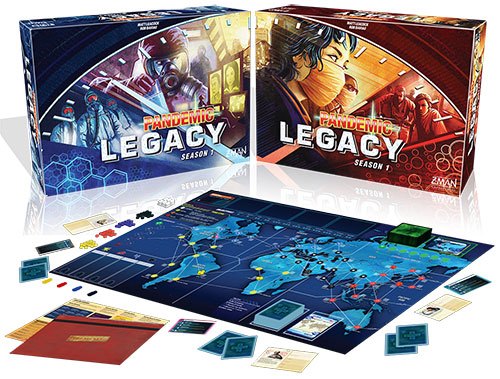 This cooperative board game counts among the most innovative games to have come out in recent times. Two-four players will play as a team of disease-fighting experts who need to use their turns to travel around the world, for building research hotspots, and curing those affected by four distinctive plagues before they get out of hand. 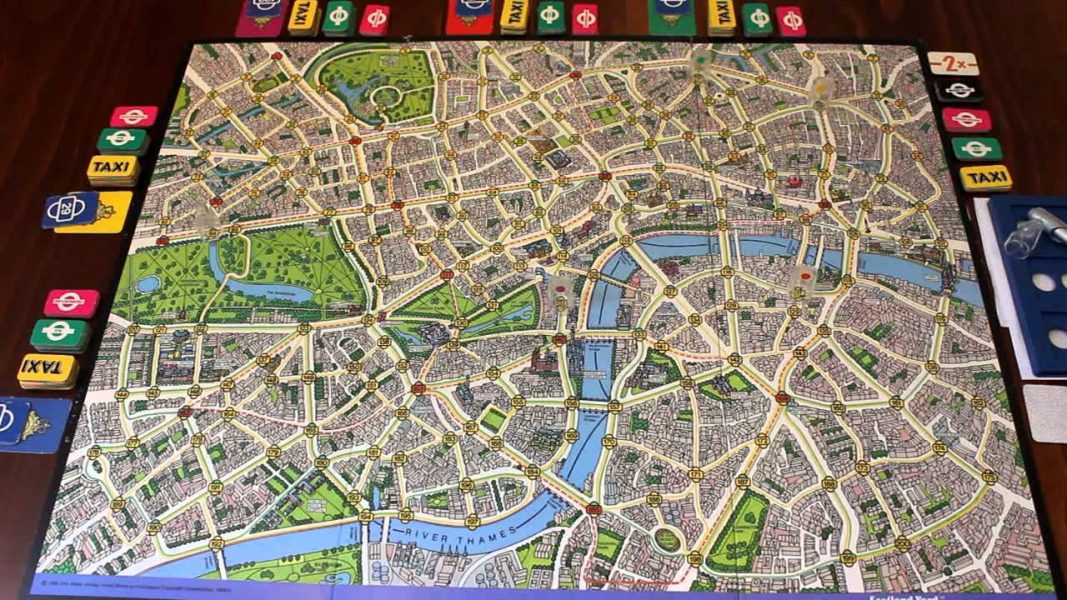 A group of Scotland Yard detectives need to capture an elusive master criminal who is only known as Mr. X. Two-five players team up as the police whereas one player adopts the role of the criminal who have the map of London littered with taxi, bus, underground, and boat stops to capture or flee respectively. It is a highly intelligent game, asking players to be aware of the map and makes for great fun. 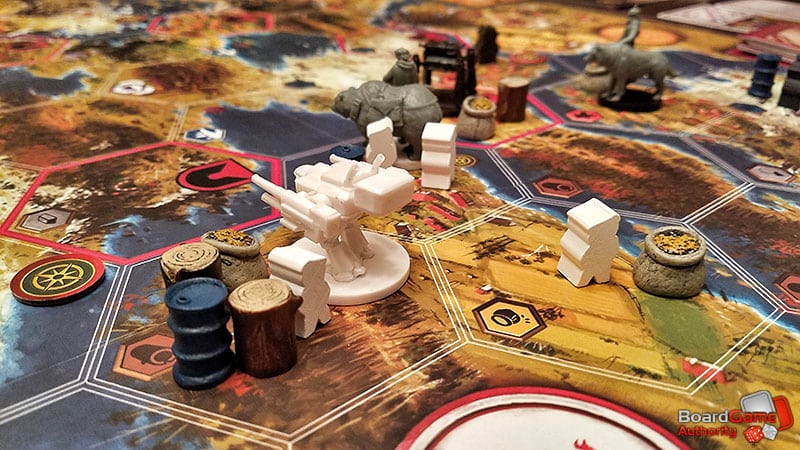 Set in a 1920s dystopia in the wake of war, players control a faction each in Eastern Europe around the mysterious capitalist city-state simply dubbed as ‘The Factory.’ Rife with political strategy, and battles with giant mech-robots, the game has gone on to become a favourite in record time, drawing players with its terrific engine-building. 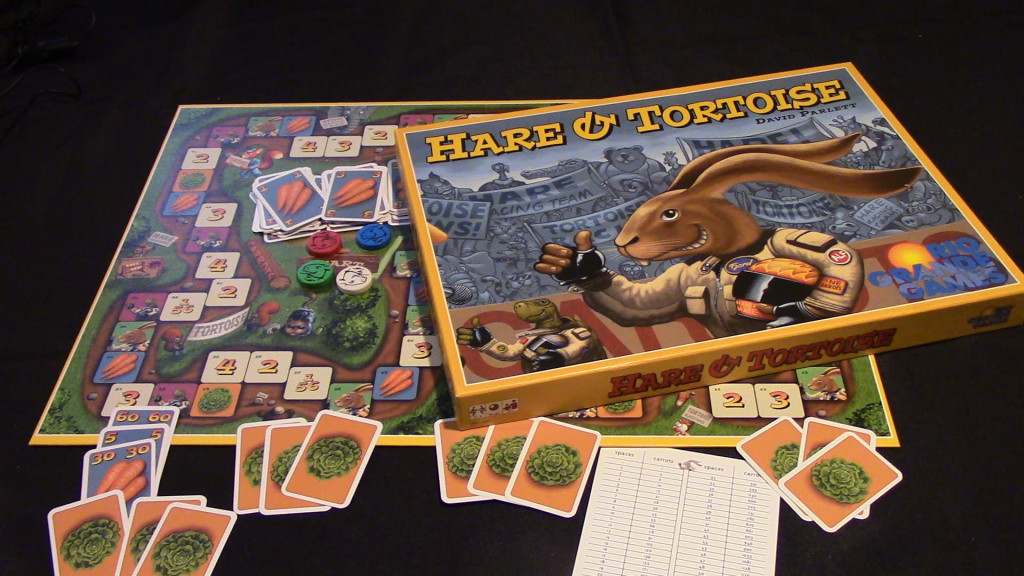 Everyone knows the story of the hare and the tortoise, and how the hare won easily. Yes, of course, this isn’t true. But while we know the outcome of the most famous race ever, most of us may not have known that there is a classic board game that is based on the concept of this race. ‘Hare and Tortoise’ was the first winner of the prestigious Spiel des Jahres award in 1979, and deservedly so. Players need to spend their fuel (as carrots) in a pinpoint fashion, and even use their three lettuce cards in the course of the race to win. David Parlett created a fascinating exercise in arithmetic to establish a permanent favourite. 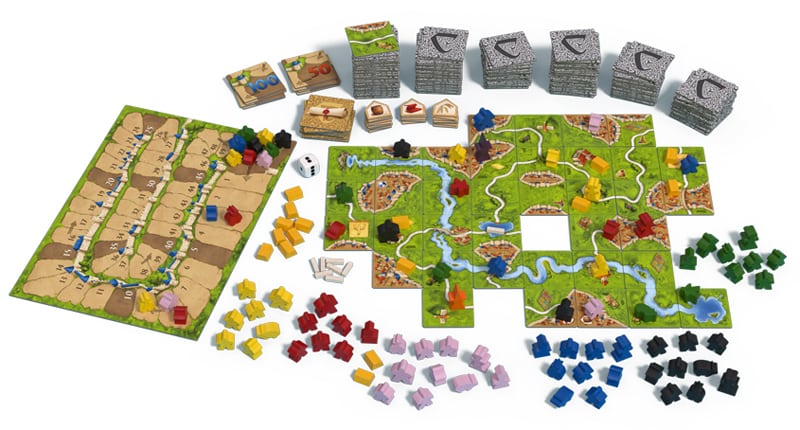 Visualise the stunning south of France, with its lushness and charm. Now think yourself to be responsible for the area’s development. You have the power to build and connect cities, roads, and even shape the grasslands and cloisters in the area. But someone else is trying to do the same and coming in your way. This is Carcassone. One of the most significant board games of all time and winner of heaven knows how many awards, the game allows us to expand our vision of the landscape while we put hurdles in our opponent’s way as well. 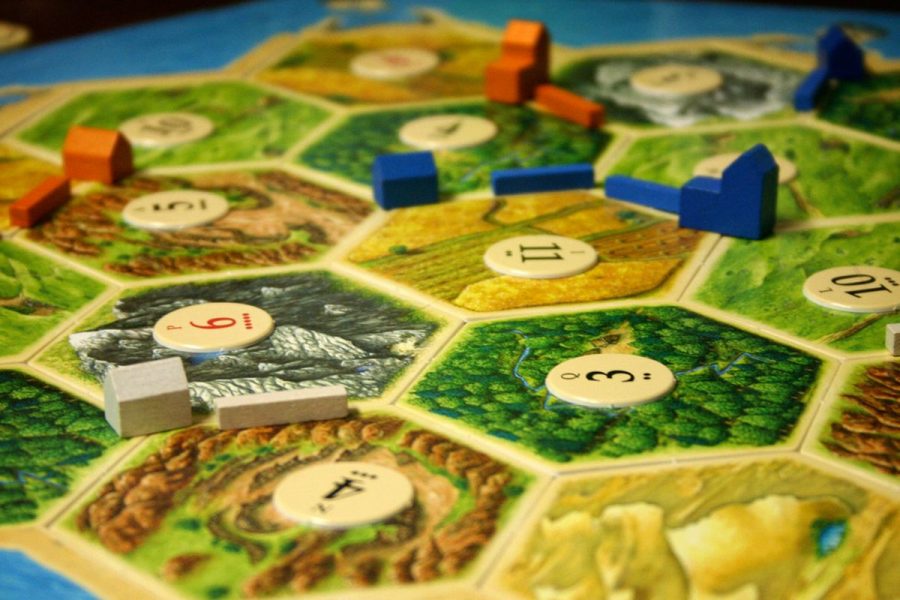 Commonly shortened to ‘Catan’, the game has players attempting to be the dominant force on the eponymous island. They need to build settlements, roads and cities and collect resources such as grain, brick, sheep and stone, to obtain ten points and win. The game has gone on to become a classic owing to its ability to draw in new players as well as offer a challenge to experienced board game players as well.