Bradley Cooper is one of those actors who climbed the steps of stardom one step at a time. He started with television, crawled up into movies, did small parts. However, he ended up as a mainstream cinematic star after several years of hard work. His first appearance in a notable feature film arguably can be ‘Yes Man’, however, his first real breakthrough was ‘Wedding Crashers’. That being said, his first shot at stardom was ‘The Hangover’. Many might accredit his stardom to his good looks and following among the female audiences, but there is no denying that he does justice to most of the parts he plays. 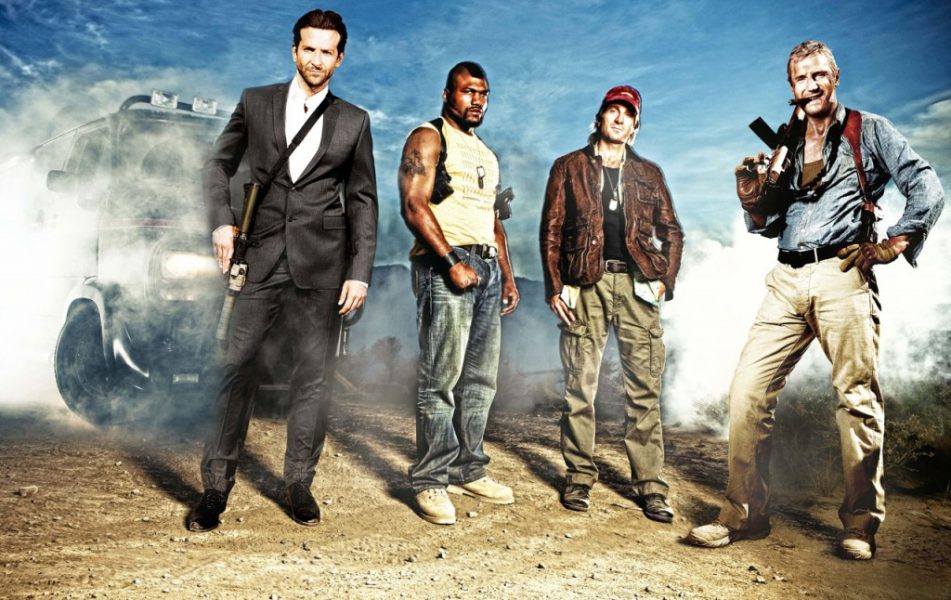 The story makes no sense, the action is exaggerated and ludicrous and the acting for the most part comprises of running and yelling.  I’m pretty sure that the stunt doubles are technically on screen longer than the actual cast members listed. So the critics who criticize it for being stupid and appealing to the lowest common denominator are mostly right. Because this is a popcorn blockbuster and nothing more than that. Problem is ,it is actually quite fun. It is hard to hate the film when it has a tank parachuting to earth firing on predator drones, or the sheer madness of the shipping containers at the end. It doesn’t make any sense, it doesn’t provide much tension but it is fun. However, that is why I watched it in the first place. And nothing is wrong in watching a movie for fun, and actually having fun.

‘The Midnight Meat Train’ is an adaptation of Clive Barker’s story. The film has a great story line it follows a photographer played by Bradley Cooper who is taking pictures around New York and eventually comes across a man named Mahogony played by Vinnie Jones who he suspects is the subway train butcher, and finds out that he is right and tries to stop him.  I think there could have been a few things that could have made it a lot better. I’m not going to go into the plot too much because you really need to sit down and watch it. It’s one of those movies that you either like it or you don’t, but it’s worth to sit down and watch, especially if you love movies with lots of gore. 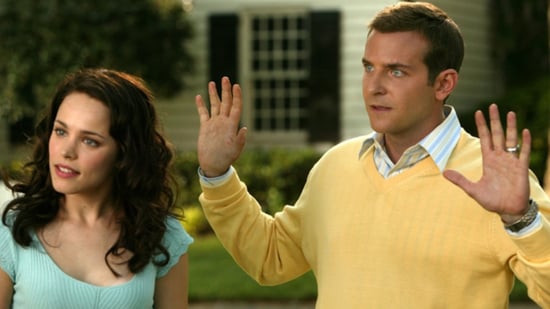 Bradley Cooper is not the lead character in the movie, but his contribution is significant. Hence, ‘Wedding Crashers’ makes the list. Director David Dobkin shows us his brilliance and originality in this story. He knows how to play the scenes for laughs and give the viewers a fun movie to watch. The charisma of Wilson and Vaughn, aided by Walken and, latterly, Ferrel, make this film a superior comedy. Cults believe that this is one of the best comedies of all time. At the same time, the movie was severely bashed for being routine. It may or may one be one of the best comedies of all time. But if entertainment is all you seek, it surely is a worth watch. 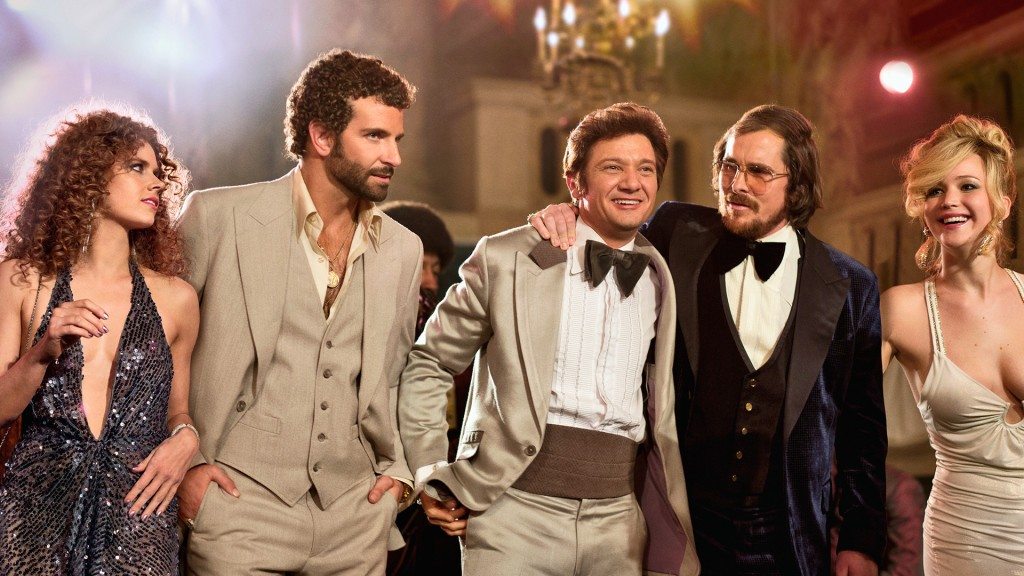 Again, a film that you either love or despise. ‘American Hustle’ stars an array of great actors including Christian Bale, Amy Adams, Jennifer Lawrence, Jeremy Renner along with Bradley Cooper. Not easy to mix comedy and drama, but Russell manages to mix comedy and drama in an elegant and dynamic way. The plot is unpredictable and interesting. The hatred from few sections of audience (not the critics, the critics loved the movie) is because of the hype surrounding the movie. The 10 Oscar nominations, the popular stars might be the reason for the disappointment. Perhaps, with such stellar performers and good true story, the movie could’ve achieved way more than it has. 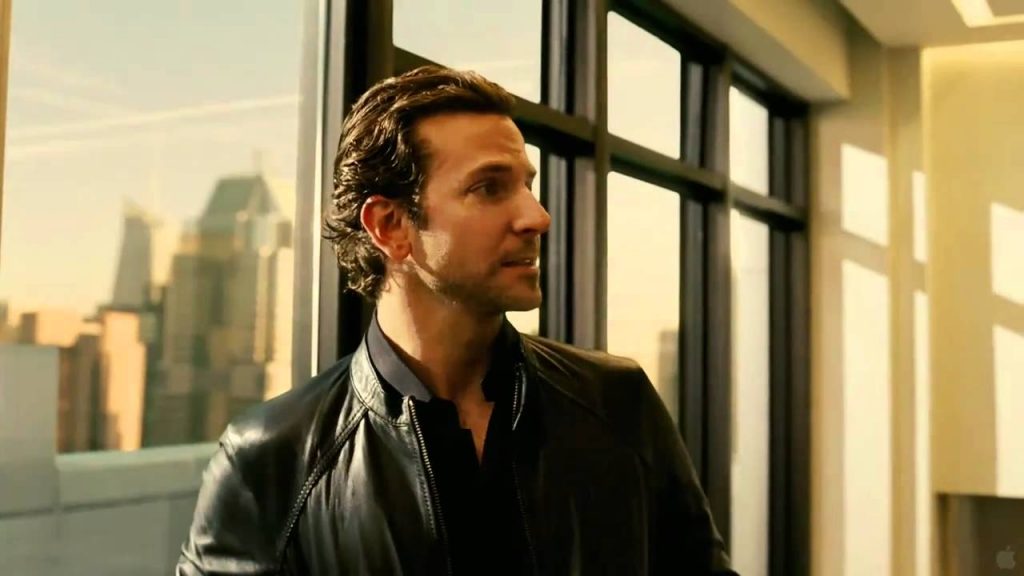 ‘Limitless’ is about Eddie Morra  is a quotidian New York writer. He lives in a decrepit downtown shack, and hasn’t written a word in his ‘new’ book for longer than he remembers. He can’t articulate what his book is supposed to be about, but that doesn’t stop his delusional grandeur. One day, he runs into his ex-brother-in-law, who gives him a pill. The pill can, in a nutshell, make human capacities “limitless”. This is a conceptual film that actually works and even made money at the box office. If you are looking for a smart, original film, you definitely got one here. The movie features drama and thrilling moments. There is even a few action scenes which may satisfy some people. Bradley Cooper does a great job in the film, as he gets a rare chance to drive a film solely. It definitely deserves a place in the list of his great filmography. One of the underrated Bradley Cooper movies. 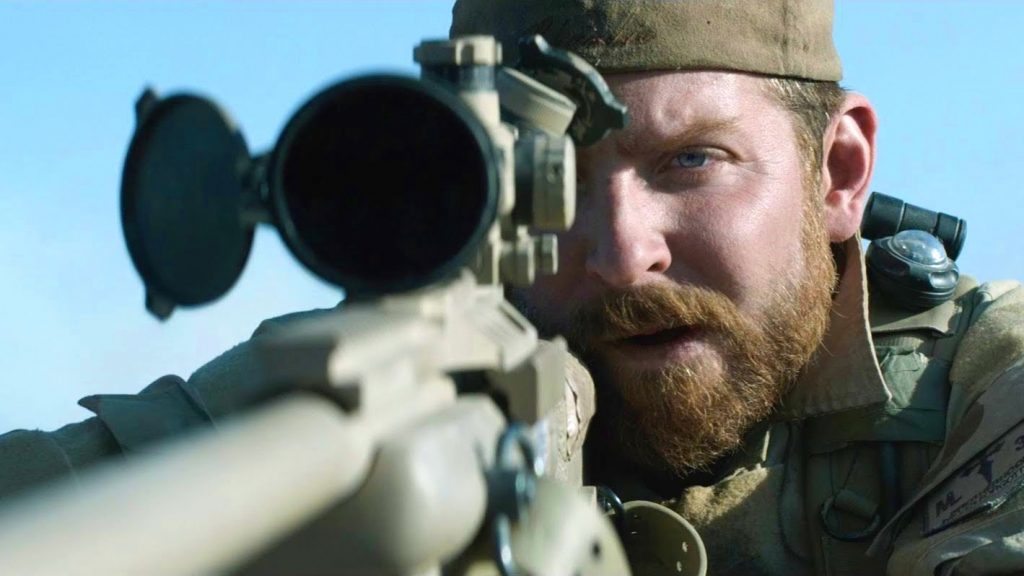 ‘American Sniper’ is basically Chris Kyle’s experience of war. The film is suspenseful and emotional and makes very interesting parallels between Chris’ private life and his life as a soldier who has to kill children and women. The movie runs around the debate of whether Chris is a hero or not. Indeed, he could be considered as a hero because he kills human bombs which would have killed many people in return. But can we really consider someone as a hero if he kills children? I believe that Clint Eastwood, through ‘American Sniper’, does not really give an answer to it, he just leads us to think about it, which is even more interesting and difficult. The movie is widely considered as American “propaganda”. But politics must not influence Cinema. For all I know, ‘American Sniper’ is a great piece of film-making. 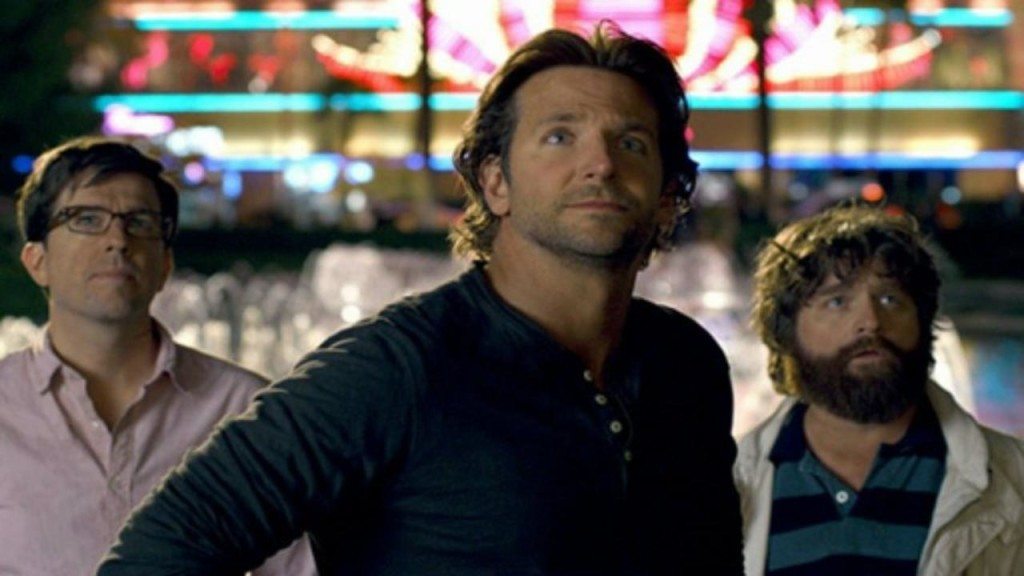 For people who will start bashing me for placing this movie this high in the list, I state a fact, again. “One of the main purposes of cinema is entertainment”. And entertainment is all that ‘The Hangover’ offers. There are classier movies, there are more sensible movies, but there are few movies more entertaining than ‘The Hangover’. The screenplay by Jon Lucas and Scott Moore, is not the by-the-number kind, although fans of the genre will find similarities with other movies about disastrous weddings. Despite what critics might say, this is one of the best comedies of recent times. 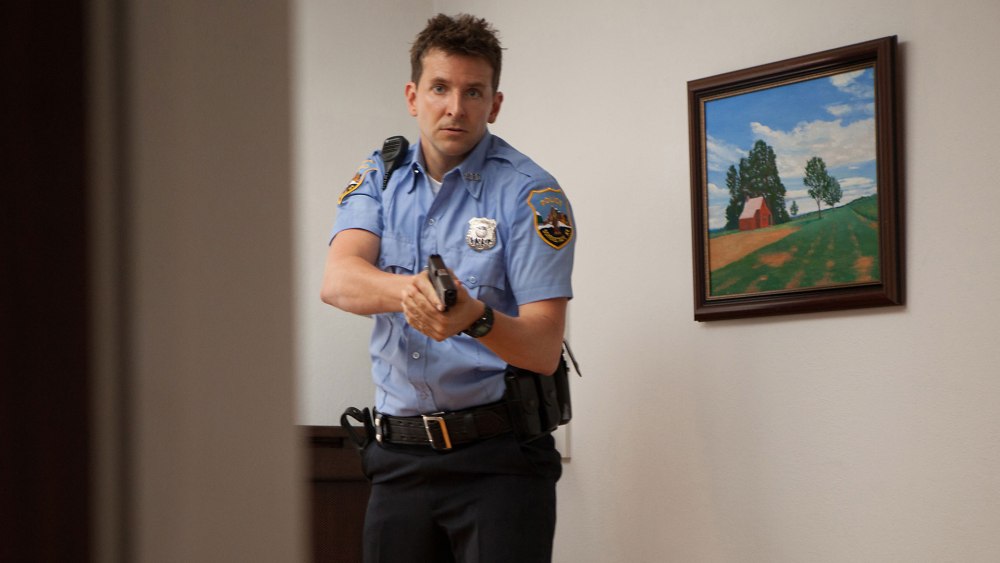 ‘The Place Beyond the Pines’ has Ryan Gosling who returns home after he finds out that his “hook-up” resulted in pregnancy. This complicates things more than anything. He resorts to robbing banks to survive and provide. Endeavoring to make things right instead of floating away once more, he tries to make something of his life. From there this small story of family gets more complicated when a run in with a cop, played by Bradley Cooper, changes everyone’s lives forever.  This movie tells about family, love, power, corruption, justice, honesty. In the end it really tells the story about how good conquers evil, as cliche as that is. The movie finds the right line between being emotional and dramatic. If you’re in the mood for drama that brings about reflection, watch this brilliant display of story telling. Bradley Cooper and Ryan Gosling excel in their roles. 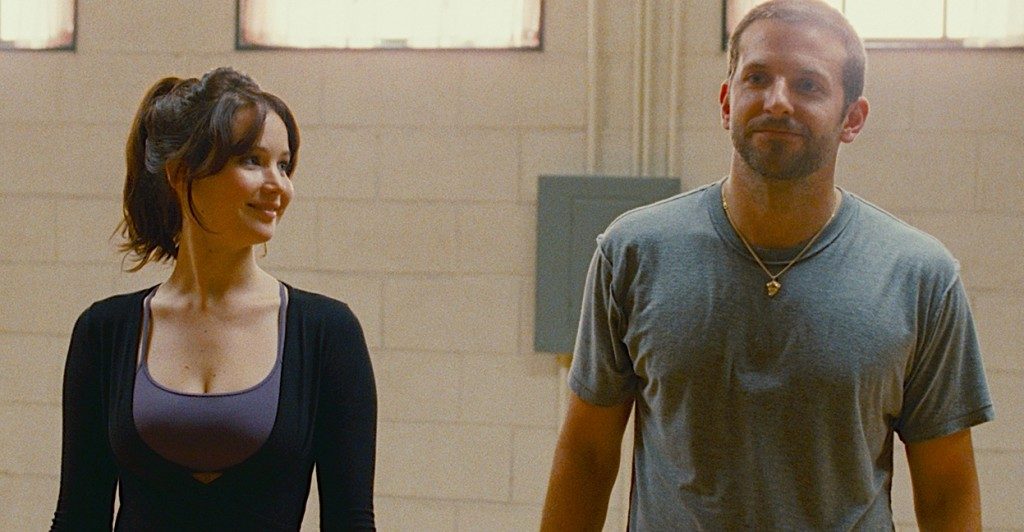 Bradley Cooper once again stars in a David O’Russell’s movie. But this particular one is a class apart. It stars Jennifer Lawrence and the legendary Robert DeNiro. Silver Linings Playbook could possibly become a classic some day. It’s got the kind of mood, story, and performances that nobody will forget for a long time. It’s a funny and charming romantic comedy — thanks in part to the bizarre chemistry of the two leads. The entire cast is superb. The joy of the film is that even while dealing with the controversial subject of bipolar disorder, the story and the actors portraying the characters always seems real and gains our empathy. But ultimately it boils down to two of its lead stars, Bradley Cooper and Jennifer Lawrence, who make the film an absolute must watch.