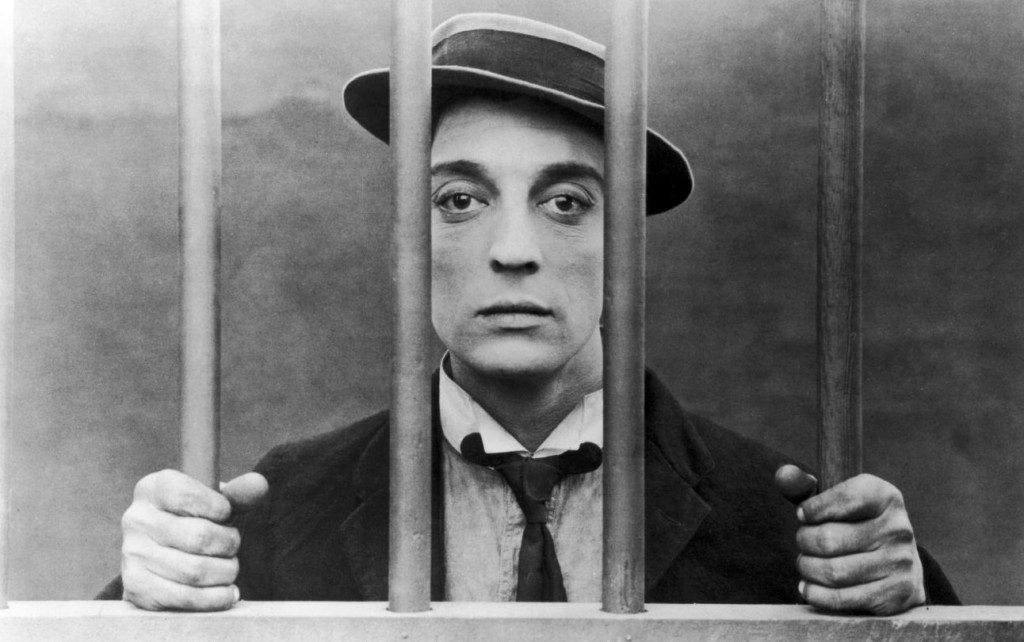 Among the early pioneers of film were a few great comedians. Using silent films in stride they made great advances in the visual art form. Early movies used actors from plays and vaudeville theater, who brought their brand of comedy to films. With a great influence over the film industry, we can see traces of Buster Keaton in Jackie Chan, Bill Murray, the works of Wes Anderson and so many more. Resonating greats like Orson Welles are the words of the great film critic Roger Ebert, “The greatest of the silent clowns is Buster Keaton, not only because of what he did, but because of how he did it. Harold Lloyd made us laugh as much, Charlie Chaplin moved us more deeply, but no one had more courage than Buster.” Here is the list of top Buster Keaton movies that are our recommendations. You can watch several of these best Buster Keaton movies on Netflix, Hulu or Amazon Prime. 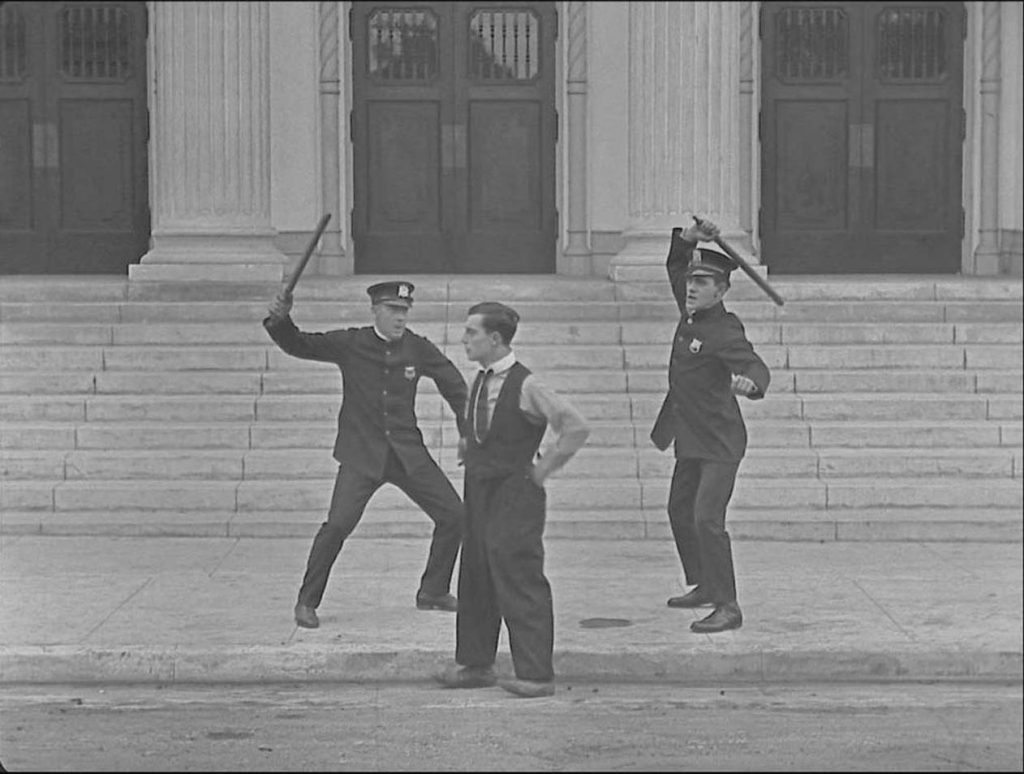 Like most of his other works, ‘Cops’ is also a short film. It shows Buster playing himself as a man whose love tells him to become successful before he asks for her hand in marriage. He steals some money in a slapstick moment to try to make it big. But he ends up disturbing a police parade in a crazy chain of events and hence gets persuaded by hundreds of cops. It makes for a brilliant ride in the regular Buster Keaton fashion. An example of his influence in modern comedy can be seen in how he uses a boxing glove at the end of a tie rack to build an extending arm that has been reused in Tom & Jerry and other comedies. 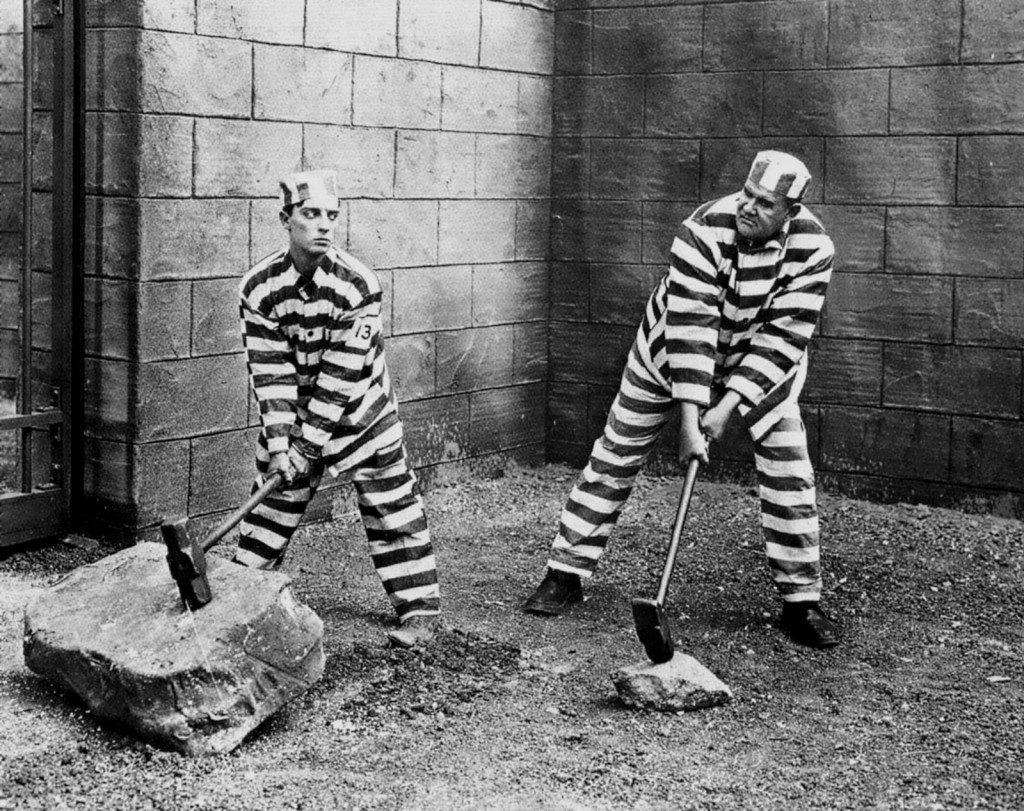 Like a lot of Keaton’s films, it starts with a bumbling Buster Keaton trying to woo a girl, this time during a game of golf. He ends up being dressed as an escaped prisoner and the rest of the film explores him trying to escape again through innovative schemes. It uses many different devices that have been reused in so many movies and TV shows. When in prison he meets another inmate played by Keaton’s close friend and regular collaborator, Roscoe ‘Fatty’ Arbuckle. Arbuckle tries his own escape rendering all the guards unconscious in his attempt. This is another staple of Keaton’s movies in which he and Arbuckle play opposing characters with a similar goal. It is a classic silent comedy piece. 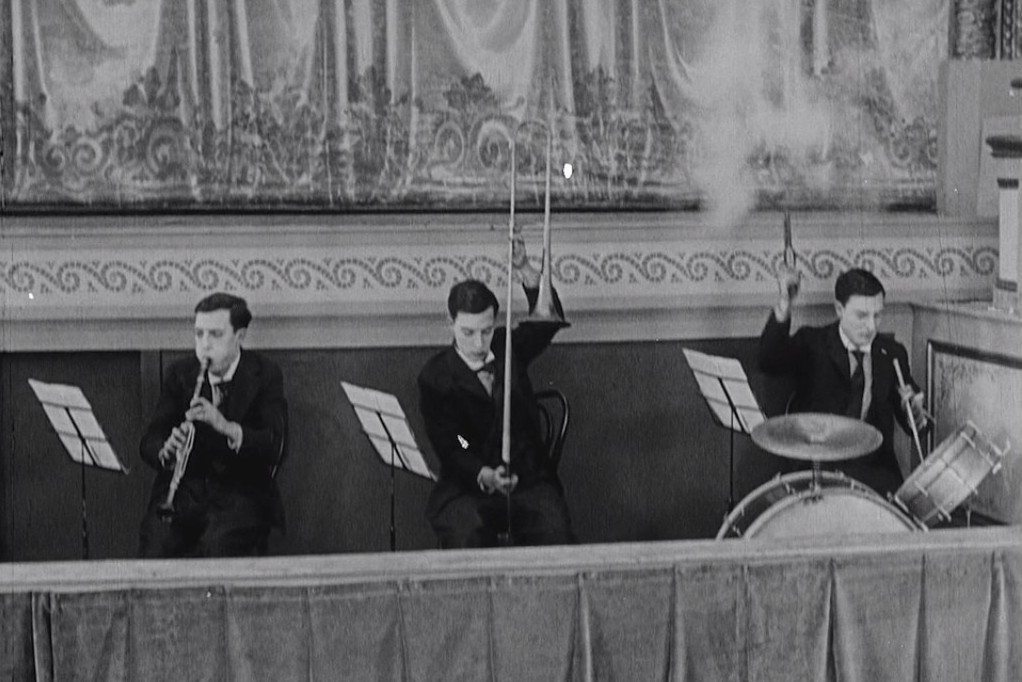 Buster Keaton has been instrumental in pioneering visual effects that were just as complex as those we see today but he did it nearly a century ago. And ‘The Play House’ is a testament to his achievement in visual effects. The entire film is hinges on multiplicity and the confusion that occurs because of it. The first quarter of the short film has multiple characters in the same frame, all played by Keaton himself. It is marvellous to see what was achieved in the early days of cinema. The remaining portion of the film uses effects to make identical twins of the girl Buster is pursuing. Every frame of this masterpiece is astonishingly well made and executed with brilliance like none other to achieve comedy. 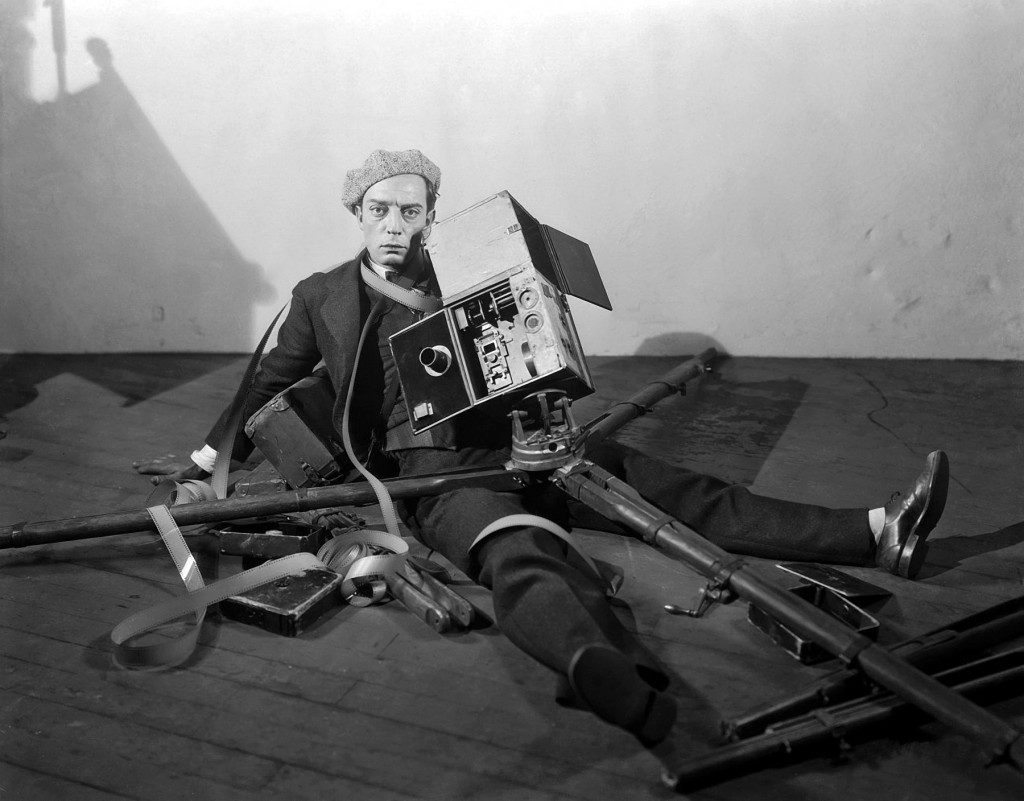 This is such a great comedy that MGM studios used it for many years as an example of the perfect comedy. The studio made all directors and producers watch and learn from it to make great movies. It follows Buster as a photographer who trades his tintype camera for a movie camera just to be close to a girl who works at MGM studios. He is insulted by officials and other cameramen but he perseveres to make videos. He makes a montage of unorthodox films and gets ridiculed. But the montage uses many techniques such as dissolves, reversed footage and double exposure that are staples in modern movies. It showcases Buster Keaton’s spirit to break the mould and innovate. 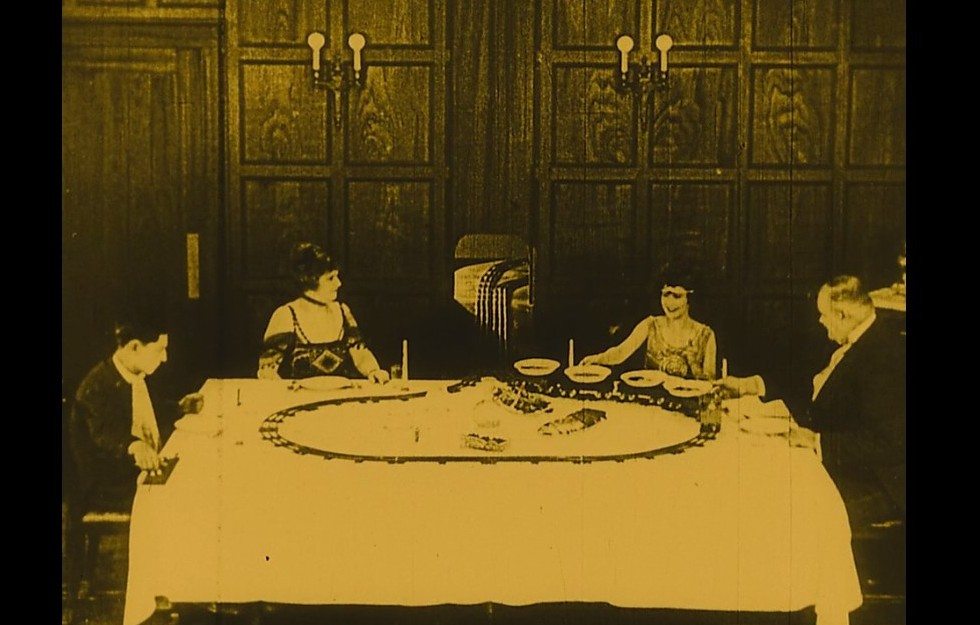 Another example of the futuristic vision of Buster Keaton, ‘The Electric House’ follows a botanist mistaken for an electrical engineer who is commissioned by a wealthy man to make an automated house. It is essential to remember that at the time, electricity was in its nascent stage. So the automation depicted in this film was very far-fetched in its day but seems quite normal to us. The comedy amplifies when an actual engineer tries to ruin the electric house and everything goes haywire. The entire set is created to serve the purpose of jokes. Escalators run at full speed, propelling people like slingshots and toy trains that bring around food get derailed. The movie is filled to the brim with jokes and gags that have since been used in many movies and cartoons. 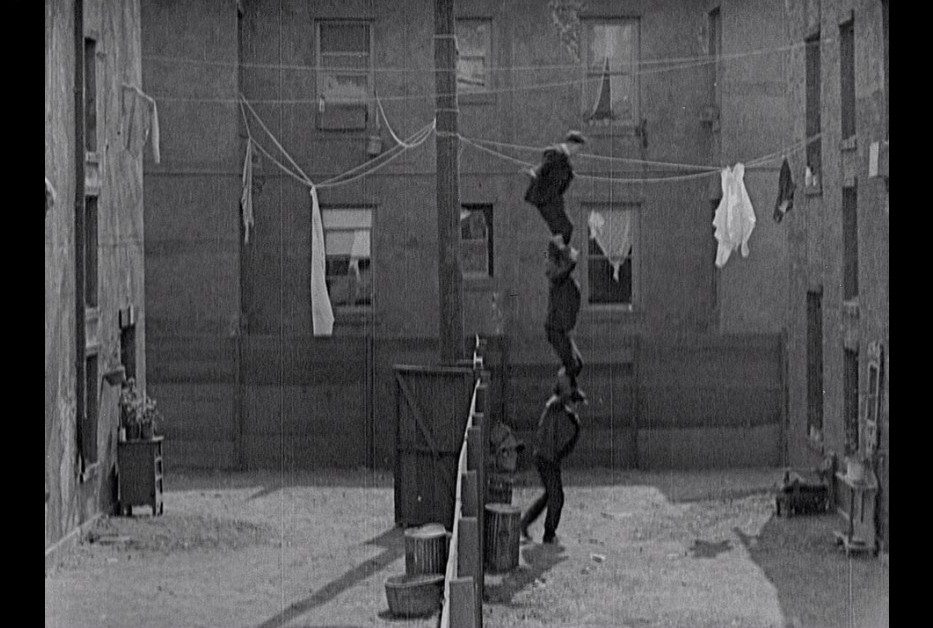 This is another quest of a clumsy fellow in an attempt to get the girl. The girl is his neighbor but her father disapproves. So, Buster performs outrageous stunts to meet her. He uses the fence between their houses to get to her while dodging her father. The film is chock-full of gags and physical jokes that transcend time. While Buster Keaton’s character reminds us of Chaplin’s Tramp, he still possesses his own charm and originality. 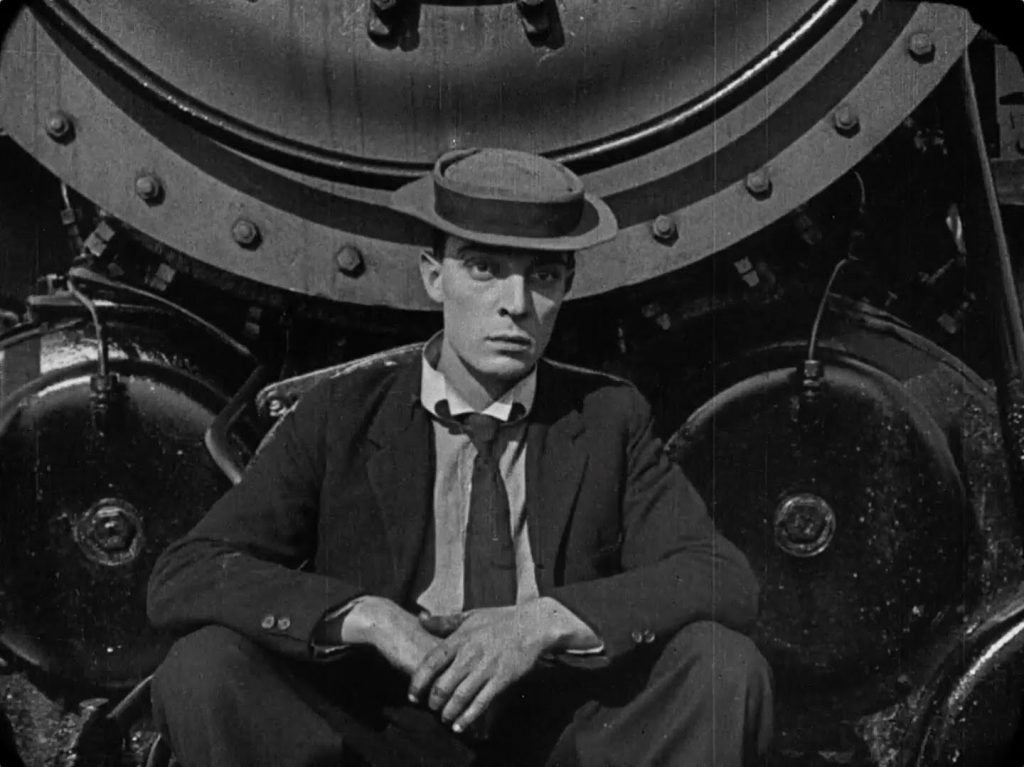 This is the story of Buster accidentally getting photographed instead of a criminal. The mix-up results in all cops in the city chasing him. He gets into more and more trouble as the real criminal uses Buster as a scapegoat for more crimes. This film shows the unique way in which Buster Keaton used movies. He cemented in the audience’s mind that anything that you see in the film was possible and only limited by what the audience could see. Everything was a setup for a visual joke. An example of this can be seen in the way Keaton manually moving the floor-indicator of an elevator which actually affects the elevator. It uses and proves the theory that comedy comes from our expectations being contradicted by the joke. 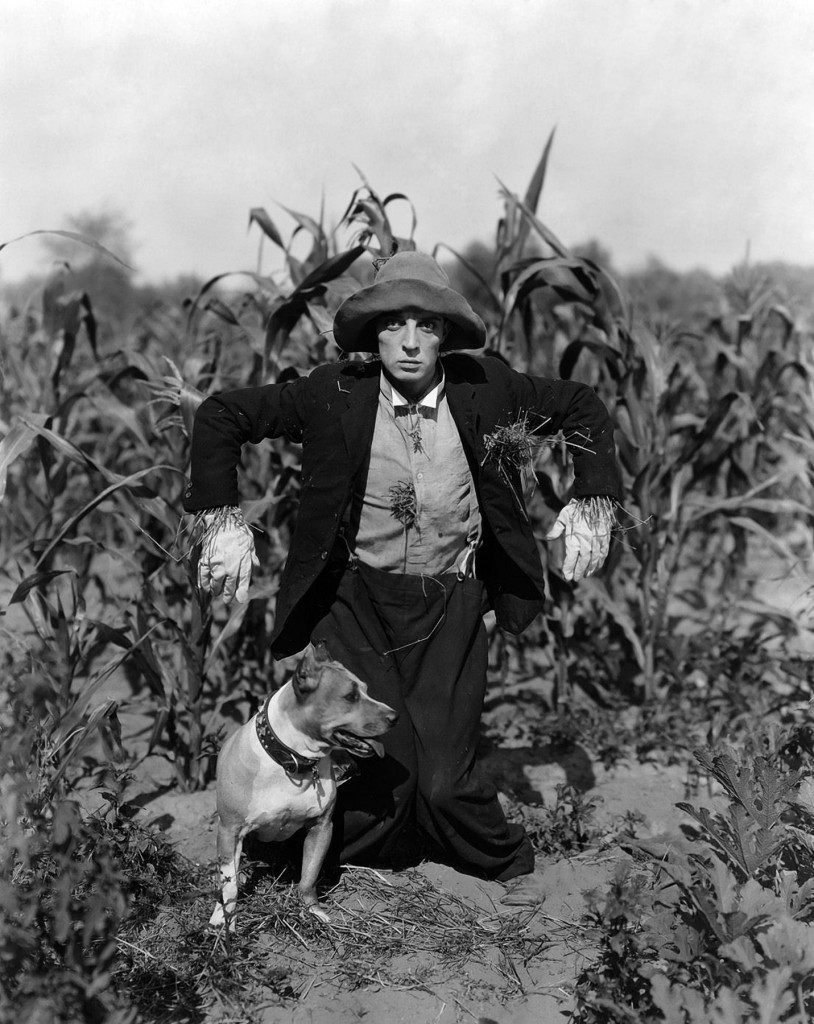 Another classic, ‘The Scarecrow’ starts with Buster and Arbuckle as roommates in a quirky house that has modular aspects you’d be envious of from an ingenious dining table to a brilliant condiment serving method and from a bed that doubles as a study table to a bath tub that transforms into a bench.  All of this is set up as a joke in itself but also foreshadows its use later in the film. After the house, we get to Buster and Arbuckle fighting it out to win the affection of a beautiful girl. While doing that, Keaton get chased by a mad dog and later by the girl’s father and Arbuckle. All of this chasing escalates from on foot to horses and finally in motor vehicles, which creates a sense of climax that ends in resolution of the conflict. 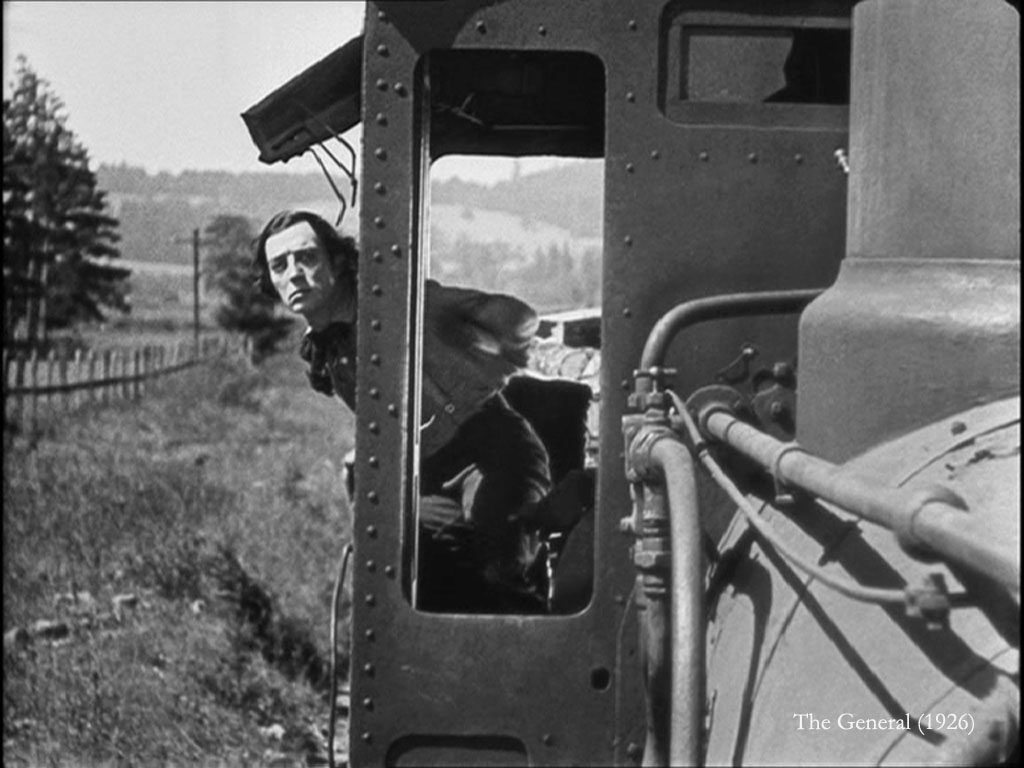 With time, Buster Keaton moved away from short films and onto longer format of feature films. The best example of his full-length movies is ‘The General’ which follows a train engineer played by Buster Keaton whose train has been stolen by Union spies during the American Civil War. The movie entails his attempt to retrieve the titular locomotive. The premise sets up huge possibilities for a barrage of intricate stunts on the moving train. And the possibility is realized in some iconic scenes from the movie that have gone on to symbolize Keaton’s entire body of work. The movie is a masterpiece of the silent era of comedy which is also symbolized in its ranking among IMDb’s top rated movies. 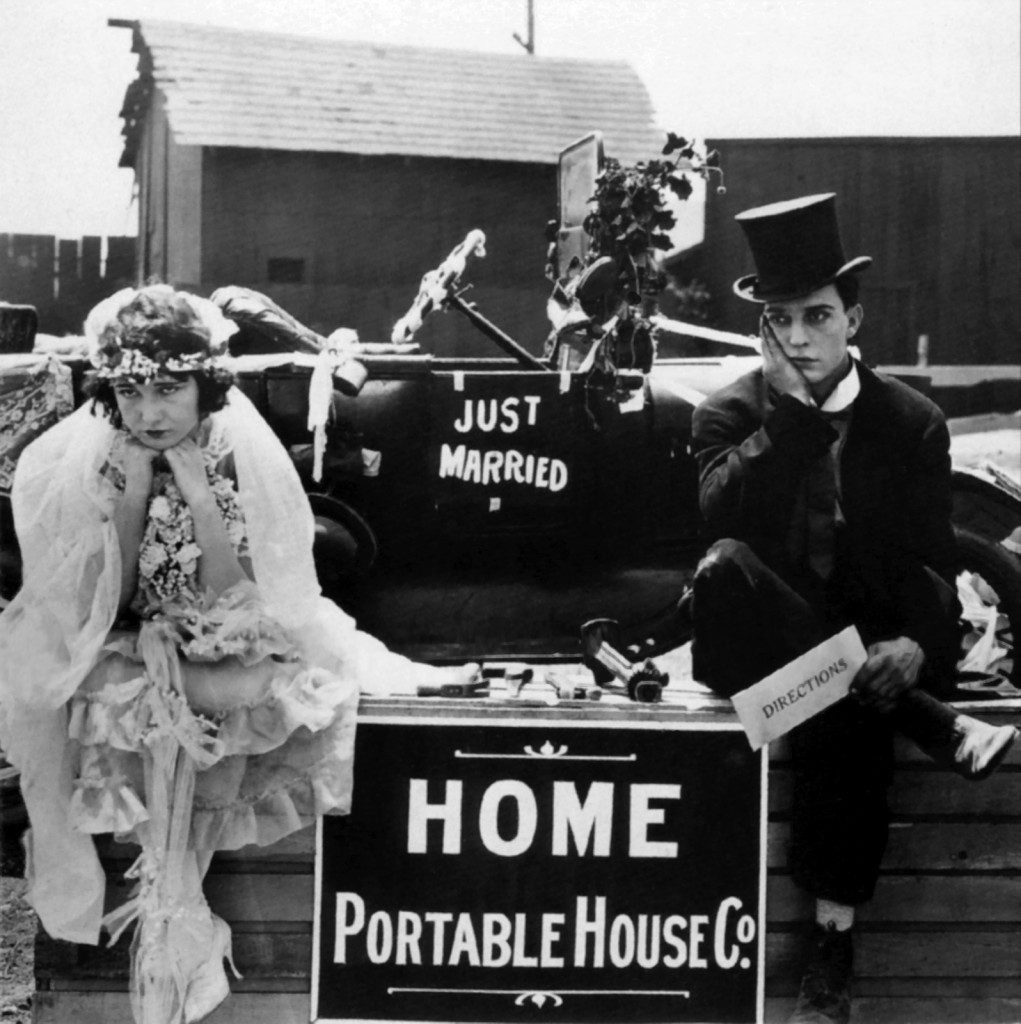 This is one of the earliest of Buster’s works but it is also the best. The film shows the first week of the married life of a newly wedded couple as they build a house from a kit gifted to them. Little do they know that their kit has been sabotaged by a man who wanted to marry Buster’s bride. So the house ends up with major design flaws all of which adds up to a laughter riot. It brings together all the aspects that are associated with his works and that have been discussed so far. Every time that the situation seems to be getting better, it gets worse. It is also a great feat of stunt work as the house brings up many ways to injure the characters. It also highlights Keaton’s stern desire to use the minimum amount of title cards required as we can comprehend what characters speak and think of without needing explanations. Everything works visually to make us laugh in new ways. This makes ‘One Week’ the best Buster Keaton movie and Buster Keaton one of the best filmmakers of all time.