Charlton Heston, born John Charles Carter was one of the Hollywood stalwarts. He starred in over a hundred movies and made a name for himself both as an actor and as a political activist. Heston was an old school American who proceeded to become the president of the NRA before his death. A fine actor, known for his epic roles, here is a look at the list of top 12 Charlton Heston movies.

This film is a fictionalized narration of true events surrounding the siege of the foreign legations’ compound in modern-day Beijing. The siege takes place during the Boxer rebellion and Charlton Heston plays the role of Major Matt Lewis, the head of the US garrison and an experienced soldier in China. Along with the British counterpart, Lewis holds off the siege till help arrives.  Heston plays a competent war veteran and a compassionate man trying to help the people from the sudden onslaught by rebellious forces. A fine portrayal, this film remains impressive in Heston’s long career.

This fine Western was directed by Sam Peckinpah. The film stars Charlton Heston as the titular Major Dundee who is sent to head a prisoner of war camp in New Mexico for having shown too much initiative and caused a tactical error in the Battle of Gettysburg. Dundee is an impetuous man and it is evident in his chase of the elusive Apache war chief Sierra Charriba. The major part of the film focuses on the chase and Dundee’s attempts at forming a unified army, which mostly fights amongst itself while not engaging the Apaches. However, in a glorious climax, Dundee manages to capture and kill the Apaches only to be attacked by the French. Dundee’s army and his estranged friend Tyreen all come together to hold off the first wave with Tyreen sacrificing himself so the remainder of Dundee’s army can escape. Heston plays a humane role as a man who is denied love and glory, letting his impetuousness and sorrow shine through intermittently. He gives a stunning portrayal of the stress of war and the condition of soldiers. Major Dundee remains one of Heston’s personal bests. 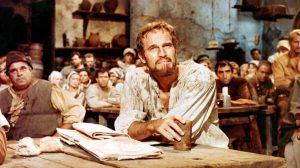 Directed by Carol Reed, this film is based on Irving Stone’s novel of the same name. The film stars Charlton Heston as Michaelangelo and Rex Harrison as Pope Julius II. The film understandably centers around the contention between Michaelangelo and the Pope regarding the painting of the Sistine Chapel. The events occur against the backdrop of Julius’ flailing health and the war of the league of Cambrai. Michaelangelo’s artistic element is somehow ingeniously portrayed by Heston who manages to bring forth the great man’s pride and humility and deep devotion to craft on the big screen. 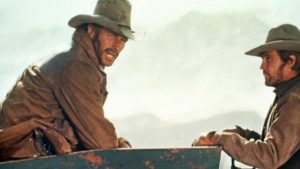 This Western was directed by Tom Gries and based on an episode of the series ‘The Westerner’ created by none other than Sam Peckinpah. Charlton Heston plays the role of Will Penny, the titular protagonist. The film explores the life of Will as he combats loneliness and a vindictive family called the Quints. The psyche of a nomadic life and the stress of the same is contrasted with the comforts of domesticity and solitude is juxtaposed with the warmth of love and affection from Catherine and her son Horace. Heston shows a man torn between his way of life and longing to settle down but in a self-defeating moment, he realizes that it is too late for him to change and in a melancholic situation rides away from the woman and child. Heston channels Will’s torment, pain and protective instincts perfectly to portray all the emotions of a lonely cowboy rider.

This science fiction film was directed by Boris Sagal and is based on the novel ‘The Last Man on Earth’. The plot follows Charlton Heston as Robert Neville a US army colonel who injects himself with an experimental serum to prevent succumbing to the biological warfare being waged by China and Russia. The serum makes him immune to a virus that wipes out most of the humanity and Neville struggles to survive a mutant group of albinos and struggle with matters of the heart at the same time. A gripping tale, it is was later remade into Will Smith’s I Am Legend. Heston portrays the helplessness of the situation and the hope of a better future in the final moments of his character flawlessly. 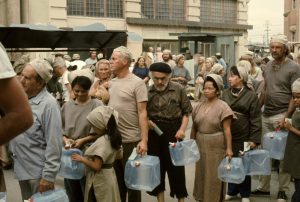 This post-apocalyptic science fiction thriller stars Charlton Heston as Frank Thorn, a detective living beyond the twentieth century, where overutilization of resources has severely affected living conditions and greenhouse gases threaten humanity’s existence. In such a tense environment, this detective navigates a murder investigation – the murder of a wealthy elite man. In the course of his investigation, he becomes embroiled with an organization called Soylent Corporation and unmasks a conspiracy. A thrilling narrative, Heston delivers a powerful performance making this one of the finer science fiction movies of his career. 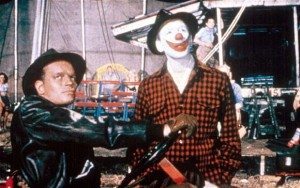 This drama film was directed by Cecil B. DeMille and stars Charlton Heston, Betty Hutton, and Cornel Wilde. James Stewart also appears in a supporting role. With this star-studded cast, this film about trapeze artists competing for center stage in a circus was always bound for success. The film eventually went on to win both Best Story and Best Picture awards at the Oscars. Heston plays Brad Braden the no-nonsense circus manager. His role exudes authority and has to deal with multiple problems as his personal life often intersects with his professional role, but he foregrounds his position as the circus manager above all else. A great movie, this is easily one of the Hollywood classics you should not miss. 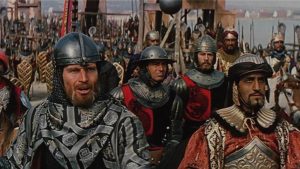 This epic historical drama sees Charlton Heston in the titular role of El Cid, also known as Don Rodrigo Diaz de Vivar. He portrays the exploits of this knight in the 11th century and shows how this person was single-handedly responsible for unifying Spain. He co-stars with the beautiful Sophia Loren.  A film about a man larger than life, and it takes a larger than life actor like Heston to capture the greatness, which he does effortlessly and with an air of grace about him.

This famous science fiction film has now spawned into a massive franchise, but this movie itself was directed by Franklin J Schaffner. Charlton Heston plays the role of George Taylor, an astronaut who is in deep hibernation when their spaceship crashes. The story follows the exploits of the team of astronauts on a planet where apes are the dominant species and have taken over humans. Heston plays the role excellently in what would later go on to become a cult classic. Heston portrays the trepidation of being on an alien planet excellently and carries out this strong performance right to the very end of the movie where, in a moment of epiphany he realizes that the alien planet is actually earth, post-nuclear war and he condemns the entire humanity in one moment of anguish, that is captured perfectly by Heston’s acting caliber. 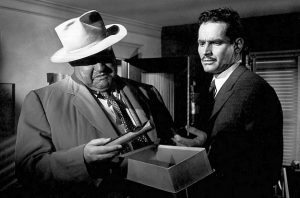 This neo-noir film comes from one of the masters of movie making – Orson Welles. Directed by him and starring the man himself, the film also includes notable cast members Charlton Heston, Janet Leigh, and Marlene Deitrich. Often considered one of the noir classics and one of Welles’ finest films, the movie sees Charlton Heston playing the role of Miguel Vargas, a drug enforcement official in Mexico. When a Mexican car bomb explodes on US soil, Vargas takes an interest in the investigation. In the course of this, he comes across two dirty cops who often plant evidence to get convictions. The story follows the bombing investigation itself, and the extent to which these cops will go to prevent Vargas from outing them. A film that shows the darker and more evil side of human nature, Welles’ film is aptly named and Heston delivers a fantastic performance as the righteous agent crusading for justice. 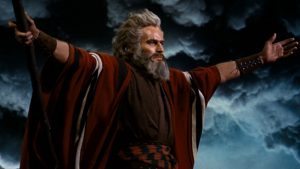 Charlton Heston always played larger than life roles, and what could be larger than life than Moses – the man who spoke to God. This biblical epic movie is directed by Cecil DeMille and stars Heston as Moses as he leads his people to freedom. Nominated for several Academy Awards, this movie managed to see Heston win a Golden Globe for his role. Considered as one of the most important films to come out of Hollywood, this film is one of the cornerstones of Heston’s illustrious career. 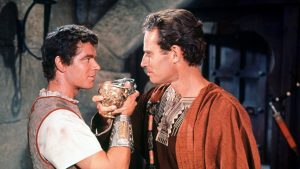 Directed by William Wyler, this American epic historical drama is as long as it is amazing. Starring Charlton Heston as Judah Ben Hur, the man who fought against the holy roman emperor to avenge his family. The film which probably made Heston the great actor he is known as won a record eleven awards at the Oscars and three Golden Globes to boot. The plot follows the rise of Ben Hur and his exploits right up to the witnessing of Jesus Christ’s crucifixion. An excellently made film, Heston brings to life this man in all the glory possible only on the Hollywood screen making it by far the finest film of his career.