15 Best Chick Flicks of All Time

As much as we’re beginning to deny it, technology is making us lift our guards up emotionally more than ever before. We find it easier to text than actually talk. So, when it comes to romance, all we have to rely upon are our cheesy chick-flicks. It might be a guilty pleasure for most people, but if I hear someone saying they have no interest in the genre, I know they are lying.

I’m trying to be offended by the fact that women are considered a homogenous group, such that we have a genre named after us. Here, something an entire gender enjoys over the other. But this one prejudice, I’d much rather take as a compliment since it involves being less insecure about needing romantic validation because it is expected out of you. Chick-flicks are not so much for chicks, to be honest. They’re for us human beings, when we’re not feeling up to are intellectual-intriguing best because love can be foolish and confusing and you won’t understand why you like the fuzzy feeling of it. Men are as much suckers for romance as women, because it is only human to seek romance. Here is the list of top chick flick movies ever made. You can some of these really good chick flick movies on Hulu or Amazon Prime. 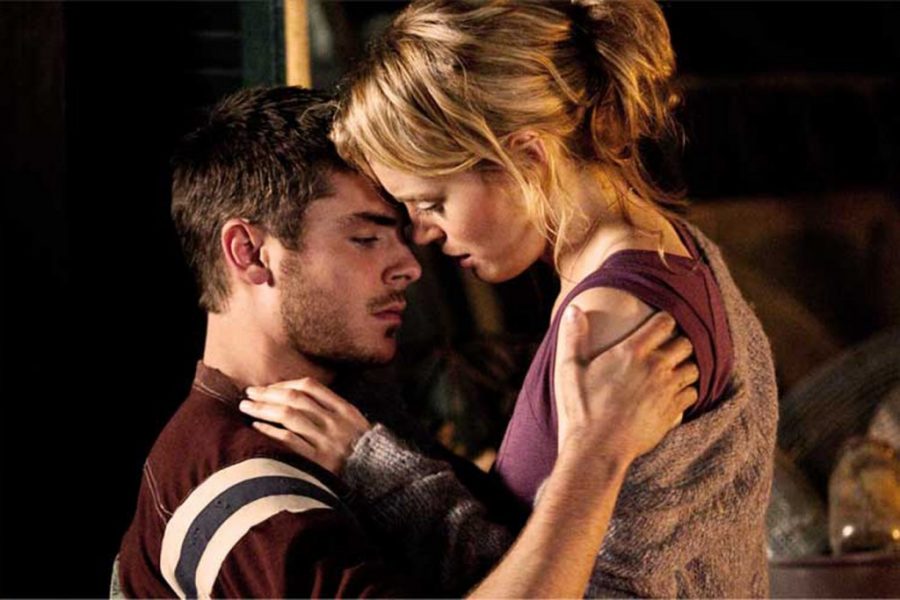 It is hard to make a list of chick-flicks without a little Nicholas Sparks in the mix. Starring Zac Efron and Taylor Schilling, ‘The Lucky One’ makes you go through a whirlwind of emotions if you’re the kind of person who believes in the story he/she is being told without questioning the logistics of it every second. It does rely on clichés, but still manages to surpass the quintessential outline of a chick-flick. 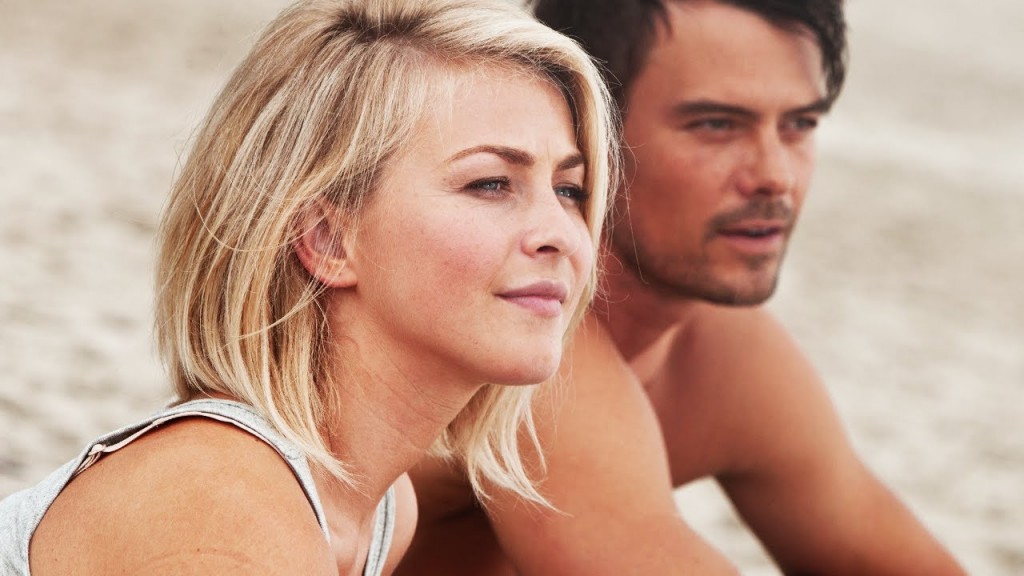 I’m not a big fan of Nicholas Sparks, but damn, isn’t the man’s work addictive? Safe Haven is actually one of his better works. I might get a little flak for this, but I forced myself to watch ‘The Notebook’ only a while ago, because I’d heard the name so often for so many years, and I sat through the movie waiting for it to end. And so, I think ‘Safe Haven’ is where we actually have a story, we have characters who have a backstory, we have cliches played out differently. It is a romantic movie, with a plot, if I may say so. 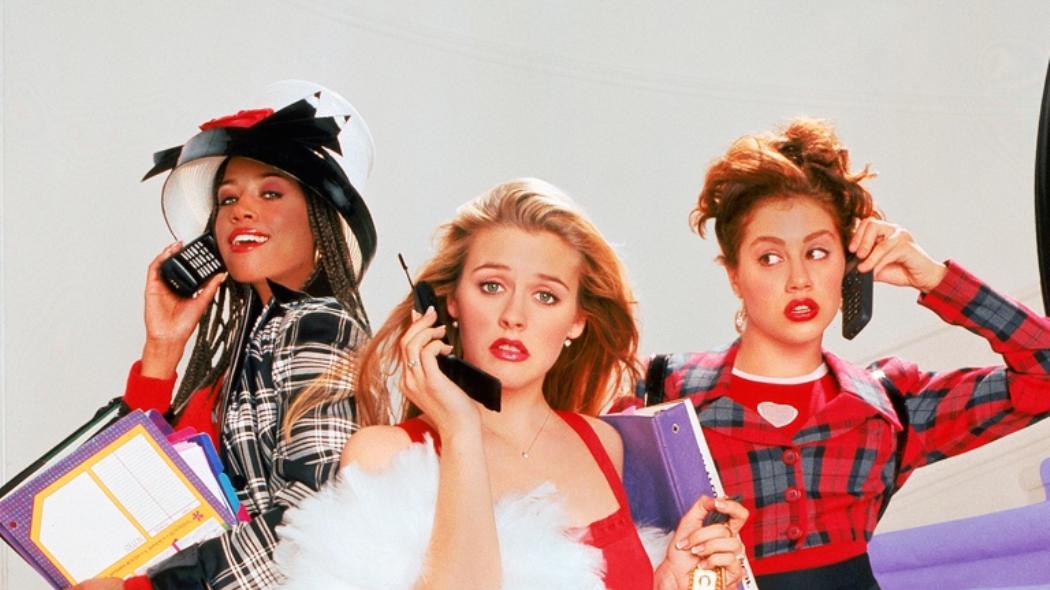 This was my introduction to the genre we fondly call chick-flicks, ‘Clueless’ plays out stereotypes with a bucket full of misogyny in it, but considering it came out in 1995 makes up for most of that. It is considered quite the legend among certain cine-buffs who are up for a little classic teenage romance and high school drama. High school dramas are always so entertaining, and ‘Clueless’ is an example of that. 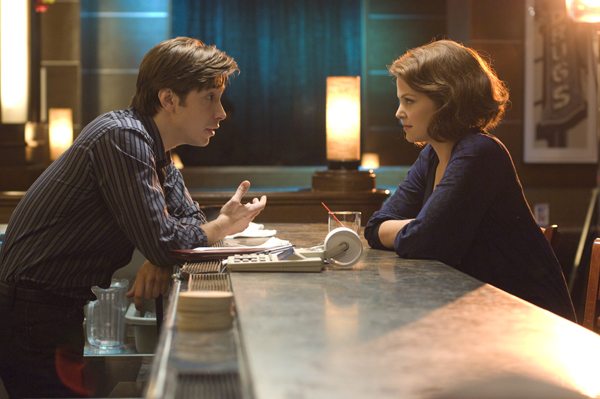 The movie revolves around plenty of characters whose lives are interlinked in one way or the other, even when they’re unaware of it. Since, it boxes many stories in one- we have all possible human drama. There’s Bradley Cooper’s character cheating on his wife, there is a clueless girl who is so naive she drives away all the men interested in her and there is a perfect couple with Jennifer Aniston and Ben Affleck playing the part who’re conflicted because the concept of marriage is highly dated. It is a pretty light watch. 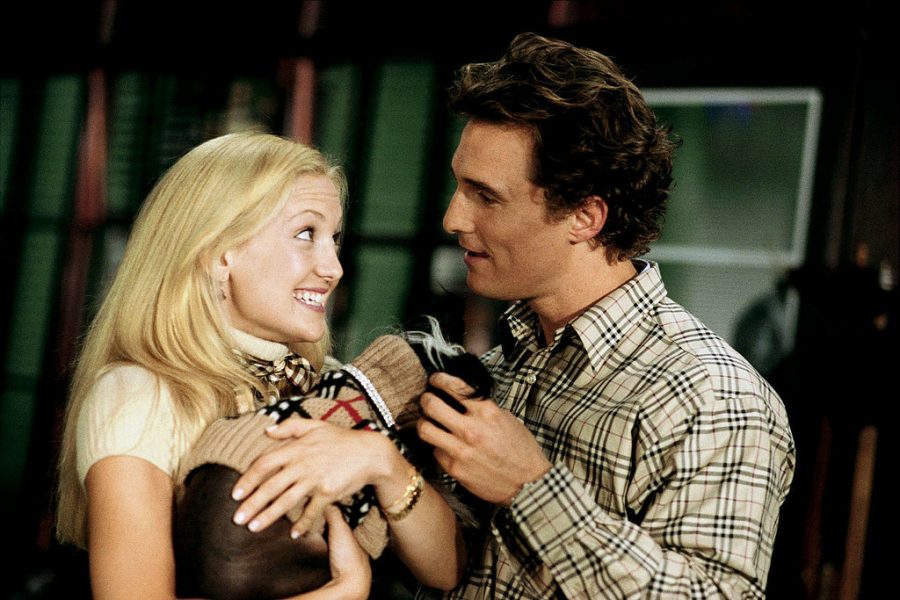 Ooh, well, this is a very silly movie. But, if you’ve had a long week and you’re up for a little drama that involves plenty of laughs, if you’ve never watched a typical chick-flick before- begin with this. Starring the 2003 version of charismatic Matthew Mcconaughey and Kate Hudson, this movie has its quirks. It revolves around two people taking on a bet because of their job that involves deriving the opposite outcome of one another’s romantic interest. 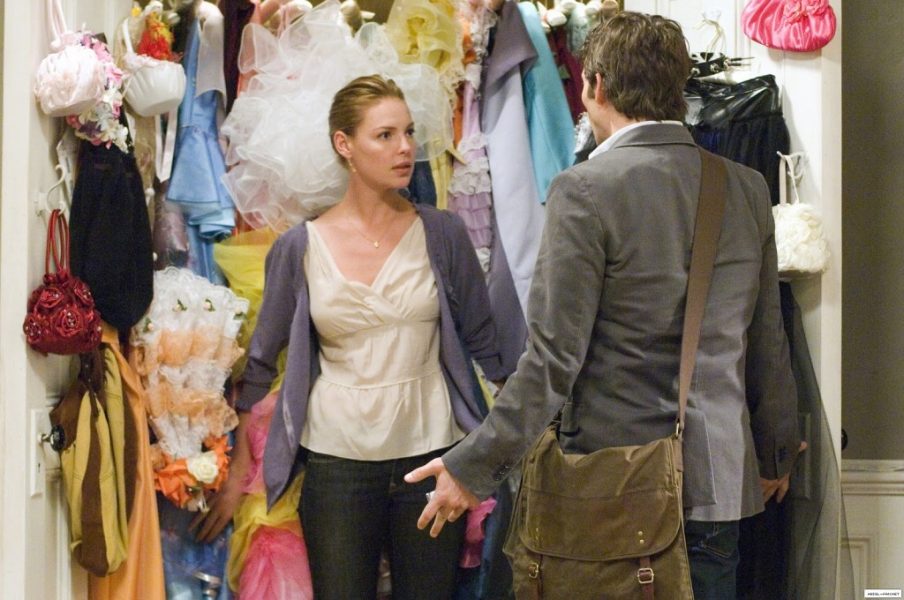 ‘27 Dresses’ is about a woman apparently obsessed with weddings, so much so that at the beginning of the movie she is the bridesmaid for two brides who’re getting married on the same day and she runs from one wedding to another. She maintains a journal to mark all her wedding jobs, which lands into the hands of a journalist who then decides to write a mocking story on her. Since, we’re talking about rom-coms, they end up falling in love with each other. 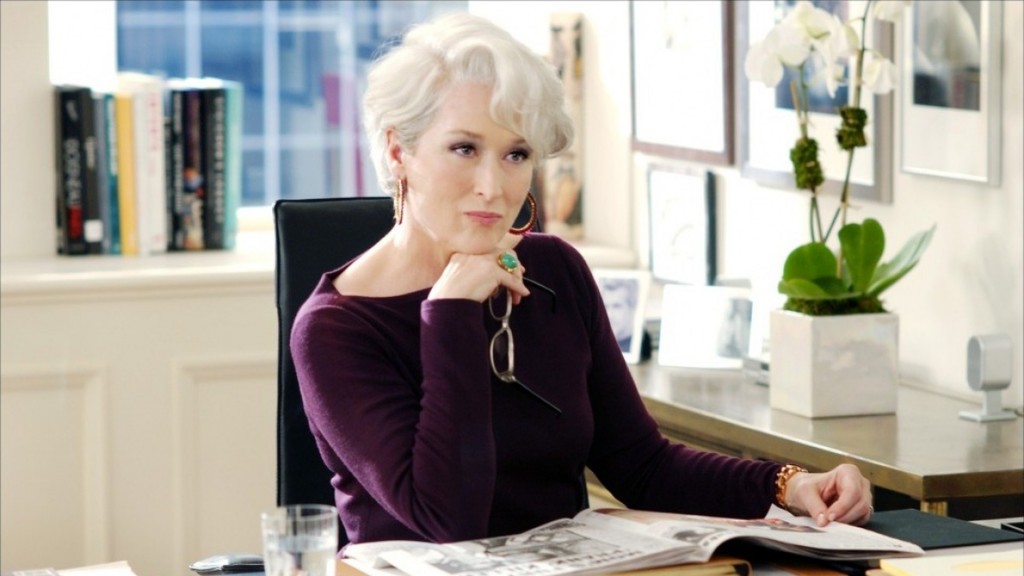 Meryl Streep defined how I now see fashion editors as, Miranda Priestly was a defining character, hence making ‘The Devil Wears Prada’ a cult. There has been enough said about the movie, since its release in 2006. I think it talks about a certain decade, a certain kind of people living in the big cities leading their materialistic lives thinking that it is of utmost importance what they’re doing for a living. That’s where it becomes relatable. Miranda is a boss who’s evil and humiliates her staff, isn’t every other boss in the big city just that? 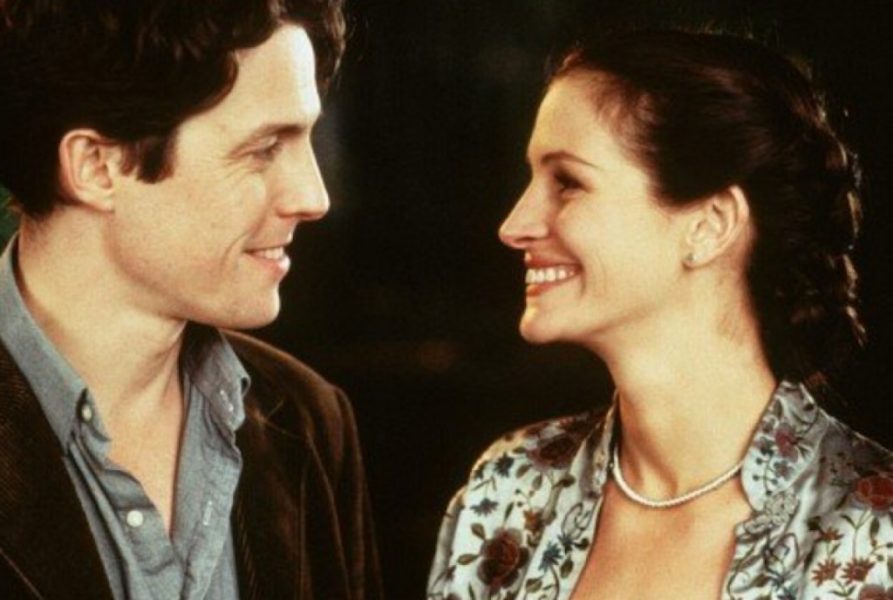 Call it cheesy, call it slushy but if a film if makes you feel something, you have to own up to that emotion. Which is why the medium and people’s opinions are so distinct, experiences are distinct and so are the movie watching experiences. ‘Notting Hill’ is the epitome of all things corny, but I still can’t stop myself from watching it because subconsciously there is something that struck a note with me. Starring Hugh Grant and Julia Roberts, Notting Hill is the textbook chick-flick.

7. An Affair to Remember 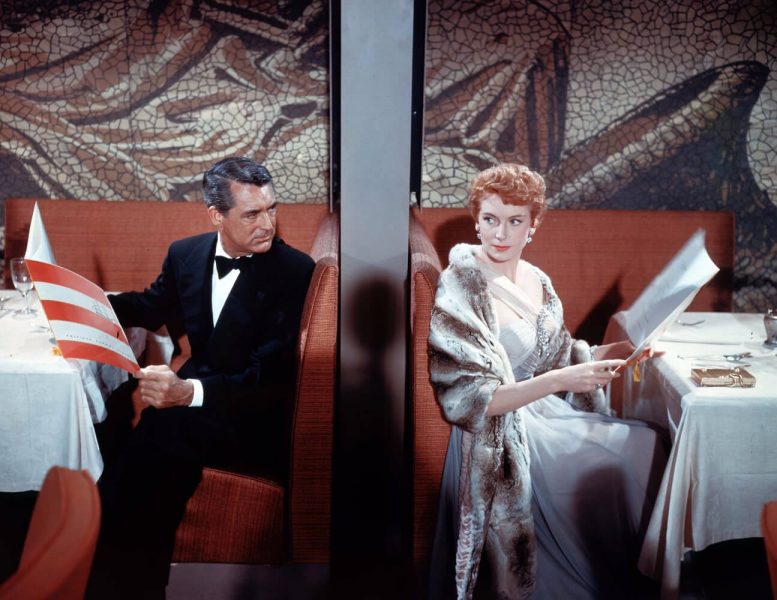 Before this was a genre, Leo McCarey created this world in 1957. ‘An Affair to Remember’ is indeed a classic. It is one of the sassiest scripts I’ve seen and the old school charisma is holds is a treat to every cinema-goer. Played by the classy Cary Grant and Deborah Kerr, this is a movie that if you haven’t watched yet, you should go right ahead and watch it for your dose of 50s romance. 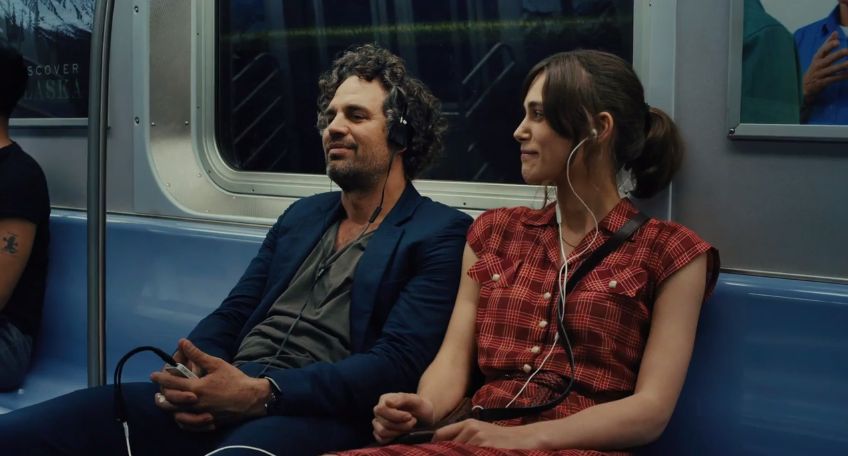 Honestly, put Mark Ruffalo in a commercial and I’ll watch it on loop. ‘Begin Again’ is a modern film, the dynamics of cinema have changed over the years, as have we. Romantic movies releasing today cannot be snooty, they need to have a strong plot if the film producers want it to do well. It talks of human relationships of all sorts. There is a father-daughter, a separated couple, a young-in-love couple and two great friends resolving their issues. Millennials want to see characters that are more like them and less larger than life. ‘Begin Again’ is just that, it resonates with me.

5. Love and Other Drugs 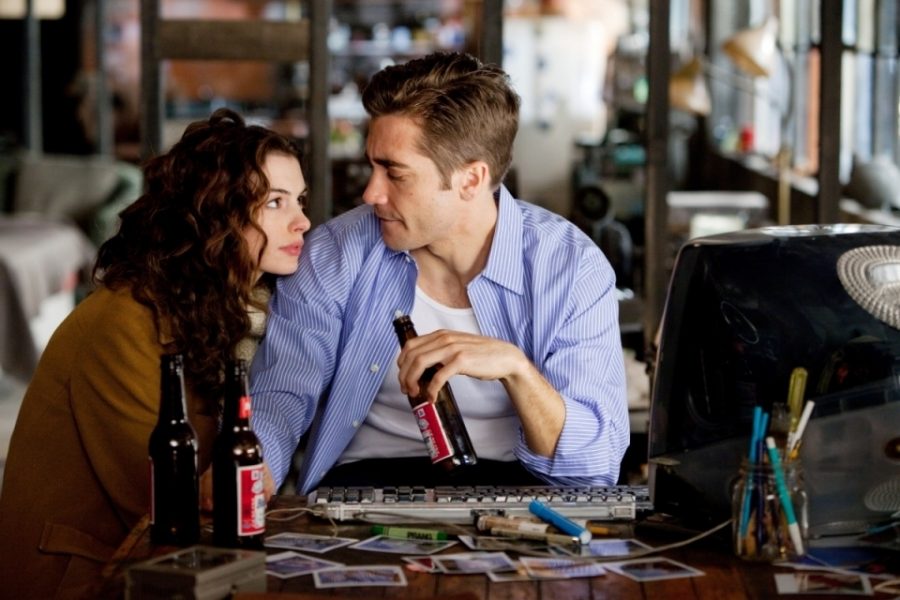 This isn’t your typical go-to chick flick, I’m not even sure if it comes under the genre. It is a much more complex romantic movies with intense amounts of drama involved. Anne Hathaway plays a young girl with Parkinson’s disease and Jake Gyllenhaal plays a flirt who happens to be a pharmaceutical sales representative. The movie also makes a lot of sensible statements about the issues it deals with, ‘Love and Other Drugs’ is just for you if you’re not into the cheesy romantic stuff, while you’re still only human. 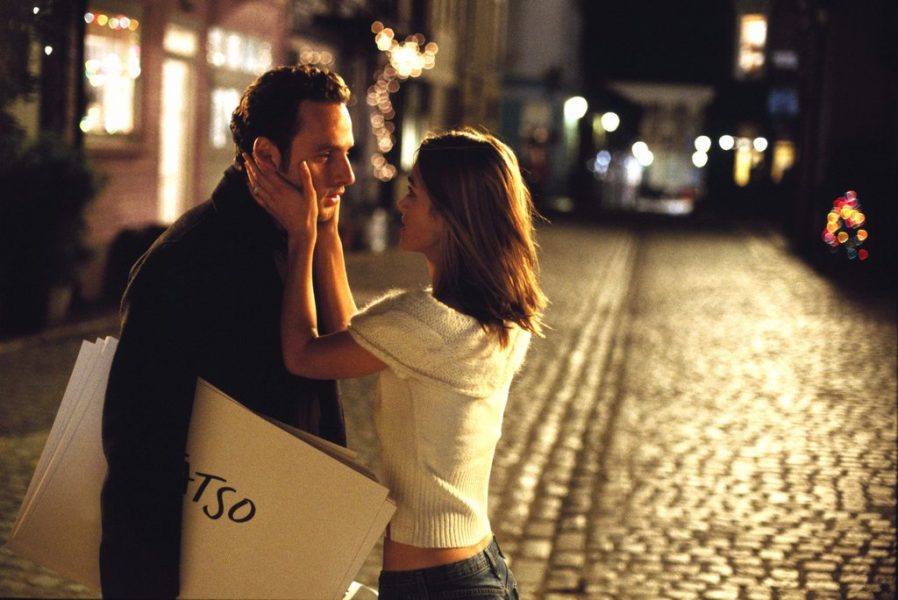 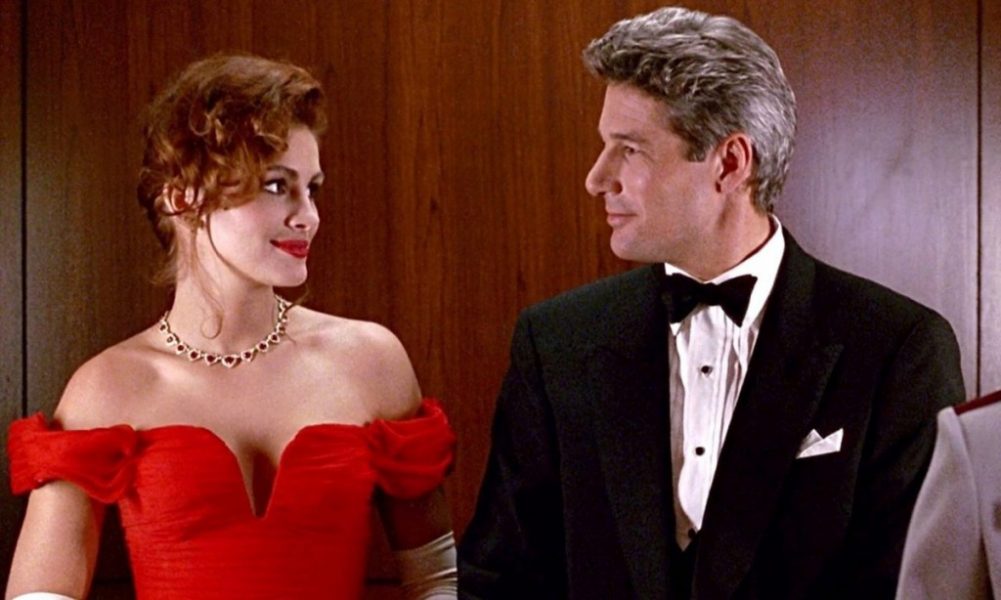 Throw in Richard Gere and Julia Roberts and you already have a hit chick-flick. Over the years, I have not come across any such list without this movie on it. Despite the whole debate and controversy over the movie, I still think Garry Marshall made a pretty charming movie which laid the outline for so many rom-coms out there. 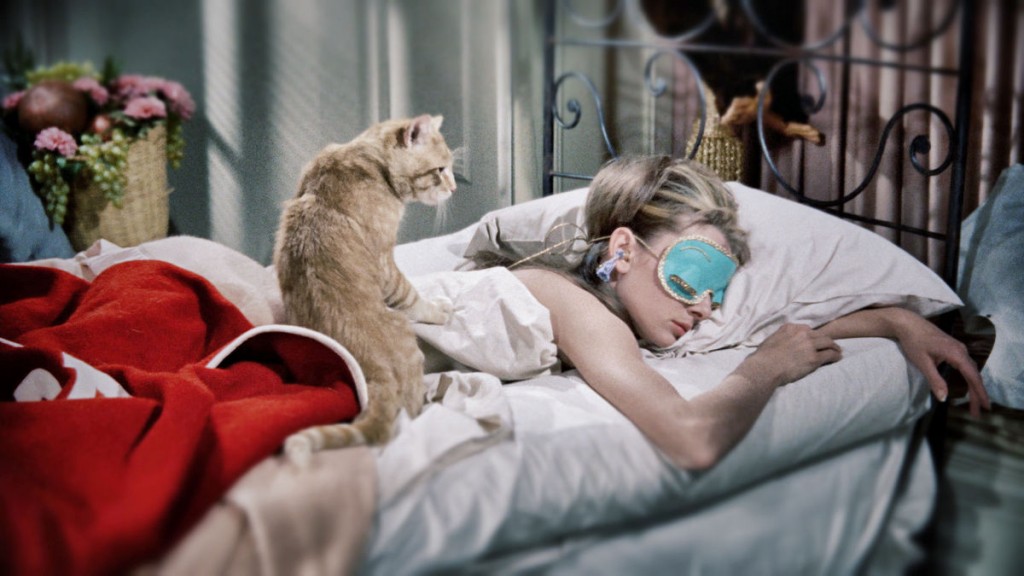 I can watch the movie over and over again for the sheer genius of Audrey Hepburn. She played Holly Golightly with such finesse back in 1961, when critics wouldn’t sit on your head for giving mediocre performances. Holly’s is such a dark character, if you care to look beyond her elitist life of a socialite. There’s just so many little things about the movie that standout in terms of the brilliance it beholds. So much so, that if I ever own a cat, I’ll name her ‘cat’. 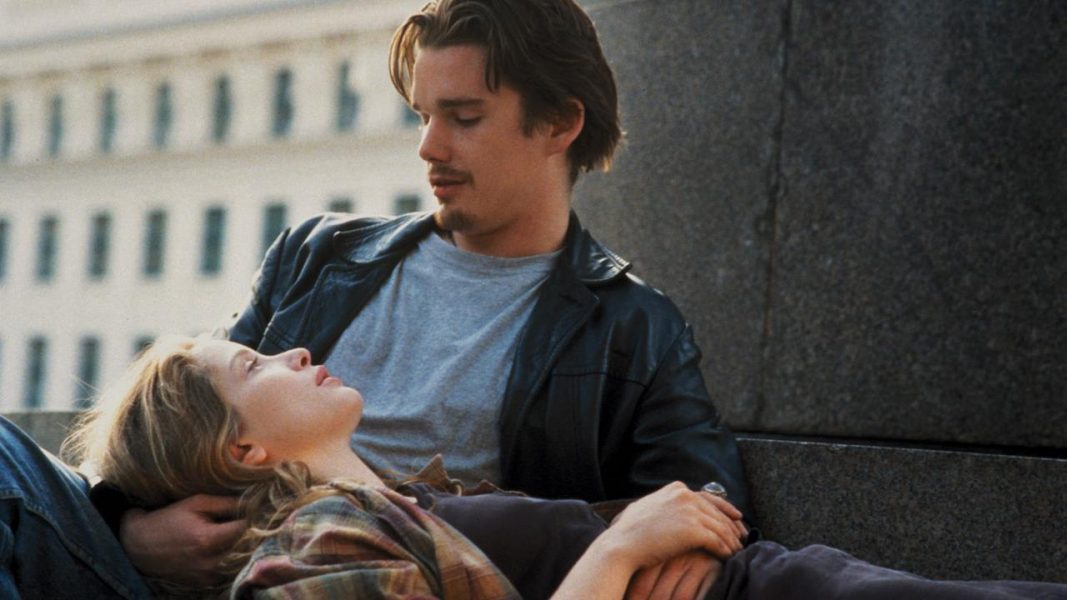 I’ve learnt more about love and life from the Before trilogy than I have from being in relationships and existing for the past 20 years. The movie came out before I was born and still every conversation that Jesse (Ethan Hawke) and Celine (Julie Delpy) have in the movie is something that I’ve talked about at some point or the other. The fact that conversation and attraction stimulate this romance, the two most important things we’re trying to get rid of in modern versions of romance makes it a cult, maybe even more than just a cult. I’ve watched ‘Before Sunrise’ while I thought I was in love, and I’ve watched it after a break-up and it has always given me a thing or two to learn about love.