10 Best Cross-Gender Performances of All Time 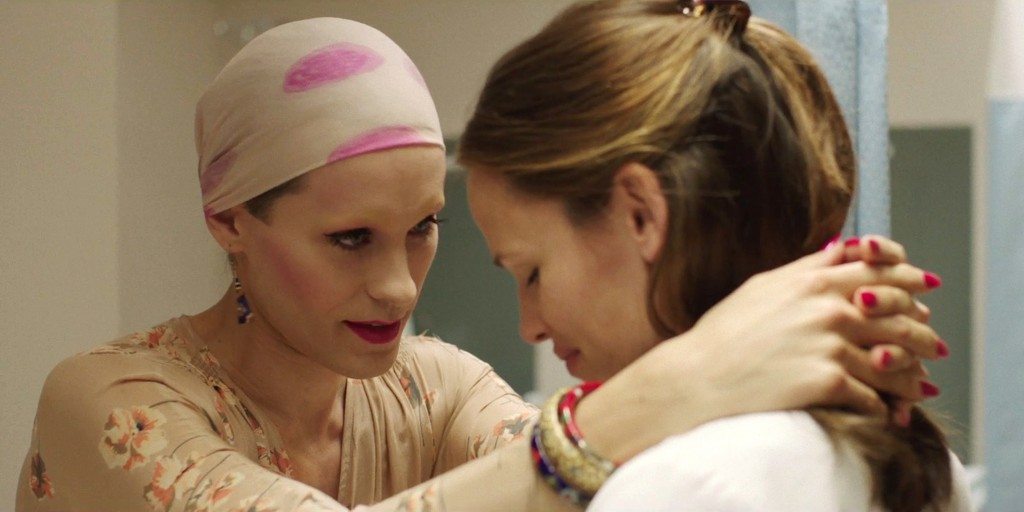 Though the cross-gender roles in today’s movies are written by vagabonds, who believe lame sexual innuendos can make up for lack of creativity, we can look back at the independent features that intend on acknowledging audiences with the truth. As of now, there has been a massive change in the relevance of such roles, from existing for comical and dramatic effect till the 90s to revealing the atrocities faced by cross-dressers and sexually conflicted people. Now, I understand that some choices on the list might be controversial and I also assume that different sections may have varying opinions on them, but let me remind you the primary criteria is the effectiveness of the performances on a critical and emotional level. So here is the list of top cross gender performances: 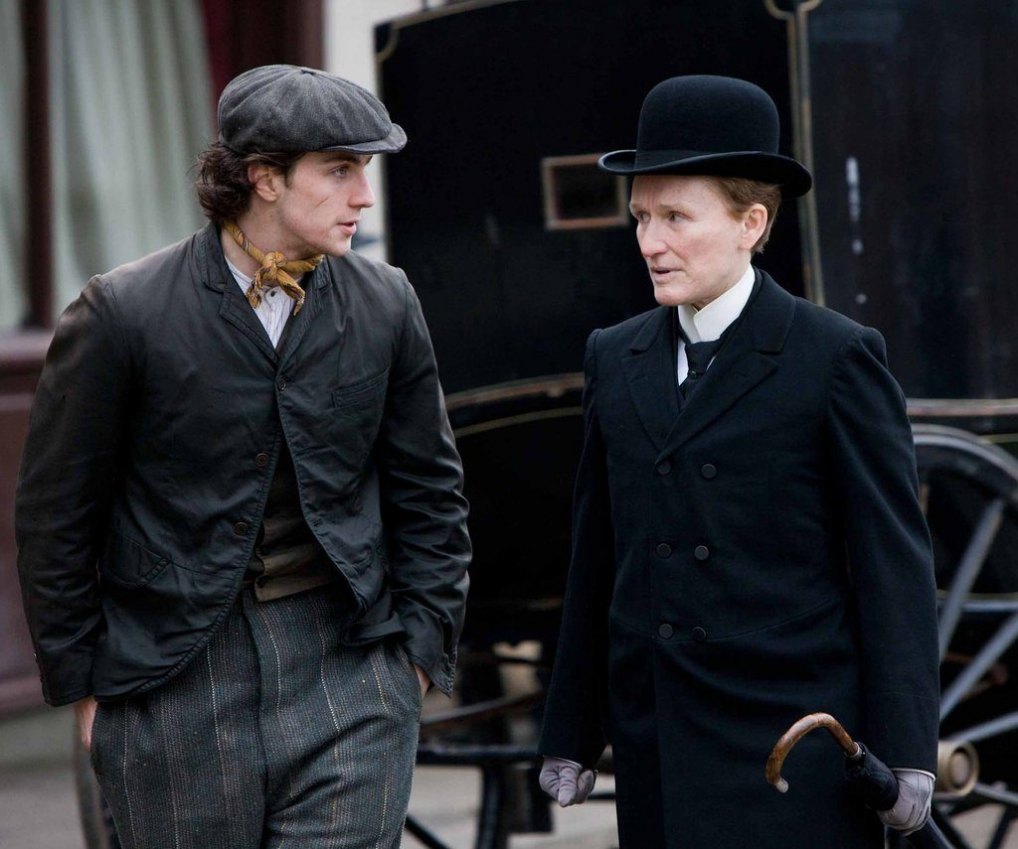 ‘Albert Nobbs’ is probably the least popular movie on this list, even though it features 5 time Academy Award nominee Glenn Close in a performance that is a very apt reflection of the society and its acceptance of women in Victorian Era Ireland. Albert Nobbs cross-dresses as a male butler in the most elegant hotel in Dublin. Nobbs doesn’t need to confront her sexual orientation and neither has doubts about it. She doesn’t indulge in romantic affiliations and dreams of being an independent person, a life route that is deemed inappropriate for women. Though her option is out of necessity, but unlike others on the list this necessity does suppress her desire to be able to express the person she truly is. 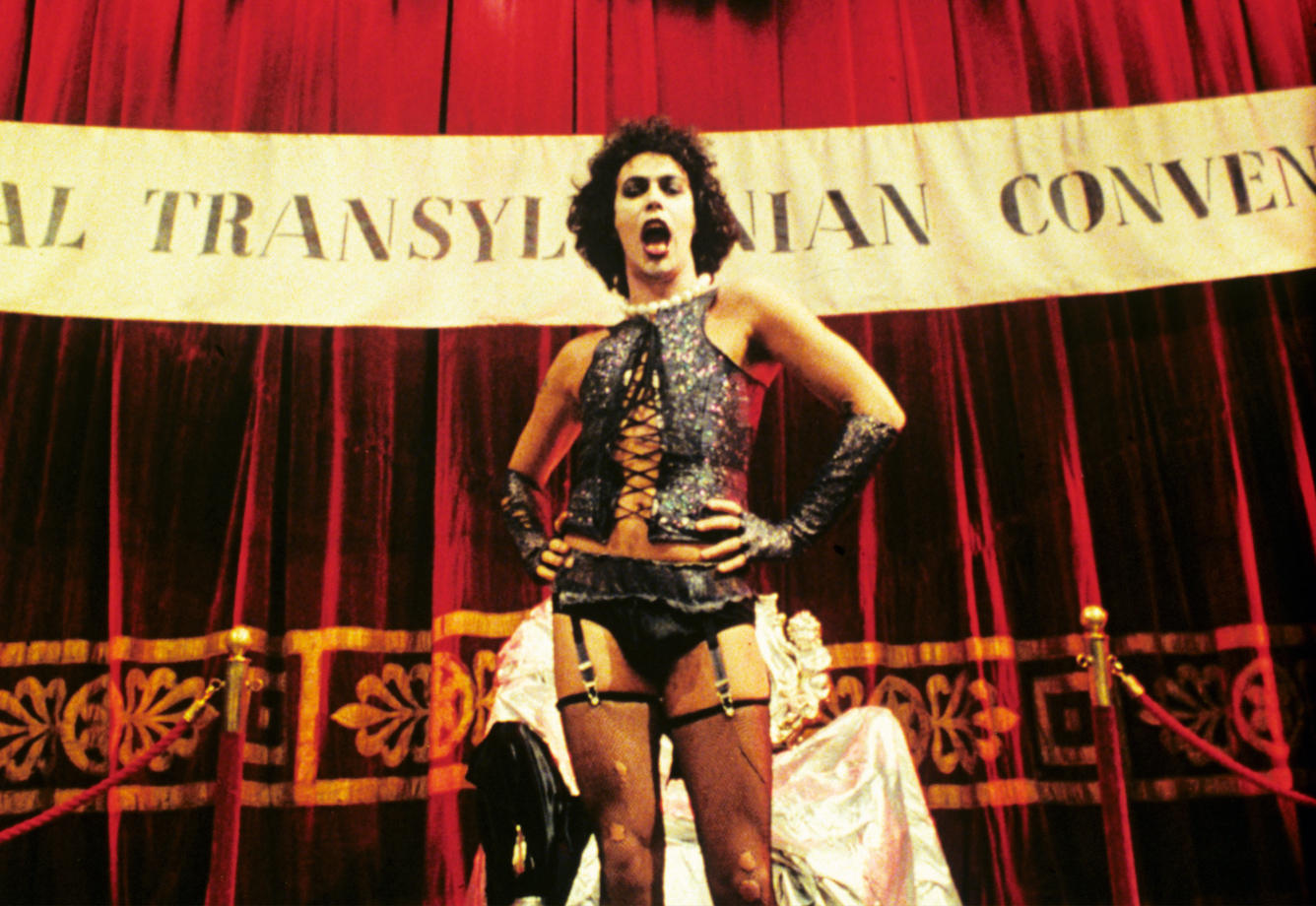 The word “cult following” is thrown around a lot nowadays, with most movies that are panned by critics and preferred by a section of people being lazily termed so. ‘Rocky Horror Picture Show’ is a tribute to the sci-fi films of the 40s-50s with a huge dose of sexual innuendos and the then contemporary rock music. It initiated a stringent cult and eventually became the first midnight movie, a tradition that has been carried on by its fans for more than 40 years now. The movie has since enjoyed an iconic status and has had a massive effect on films,TV shows, music and the entertainment industry in general. It is a reimagination of Shelley’s ‘Frankenstein’ with Tim Curry playing Dr Frank N.Furter, a transvestite scientist from “Transsexual, Transylvania”. He is phenomenal in reprising the role he had played since 1973 in plays of the same name, and with a bigger stage to showcase his character’s absurdity Curry never feels uncomfortable in fishnet and flourishes in every frame. Let’s set aside the countless factual inaccuracies of the movie and its failure to convey the message it is built upon, even after 2 hours of cinema. Let’s solely concentrate on Eddie Redmayne and his portrayal of Danish painter Lili Elbe, who was one of the first known recipients of sex reassignment surgery. This serves as yet another showcase for Redmayne’s constantly rising potential and earned him a second Oscar nomination in two years. With his lean and timid framework, he is very convincing as Elbe and his conscientious body language speaks a thousand words. The only downside of this performance was the pretentious characterization that let itself succumb to melodrama and tragedy instead of trying to celebrate Elbe’s life. Elbe was a multi dimensional person drowning in a whirlpool of confusion and self-doubt. Though Redmayne does depict the depersonalisation process through his quirky eye movements, he is never really able to get under her skin but then nobody could, not even Elbe herself.

7. Tony Curtis and Jack Lemmon (Some Like It Hot) ‘Some Like It Hot’ came out when the industry was still under the constraints of a morally primitive censorship code, and hence wasn’t given a licence. The film was rated as the best comedy by the AFI and its speciality lies in its ambition to be genuinely funny while inserting an insightful subtext. In one of the earliest depictions of cross-dressing on screen, the film is more than just a cheap joke played at the expense of its characters. I have considered both the actors since it would be a sin to separate their equally remarkable efforts. The cross-gender pair formula has been adapted in recent times to horrendous results, and none of them manage to capture the vital satire in this movie, instead using its two characters’ apearances to frame a plotless comedy. Curtis and Lemmon play two musicians who cross-dress in order to escape from the clutches of the mafia who find about their presence at a crime scene. Both Curtis and Lemmon fall for the gorgeous Marilyn Monroe and get entangled in a series of screwball events, that open up spaces in them they were unaware of.

Cillian Murphy. Those dreamy blue eyes and chiseled cheekbones could make any woman swoon, and with his incredible acting talent he has cemented his place as one of the finest Irishmen to have worked in the industry. After working in ’28 Days Later’ and ‘Batman Begins’, Murphy starred in this dark comedy as a transgender who was abandoned as a child and is now searching for love and her mother. He studied women’s body language and mannerisms for a few weeks and also sought advice from a drag queen who instructed him and took him out clubbing with other trans people. With his already charming looks and a grizzly hairdo, Murphy is unrecognizable to the people around him as well as the audiences. The movie is pretty sad, the situations Murphy’s character finds herself in can’t be termed as shocking, we are aware of what’s to come but its depiction on screen is quite overwhelming compared to the one created in our heads. 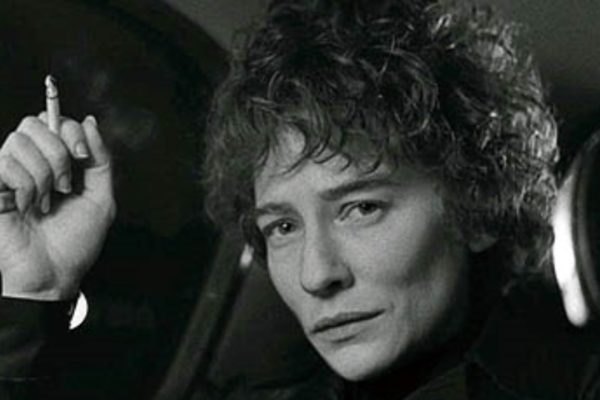 Cate Blanchett can rightfully be honored as the greatest actress of our generation. Taking a look at her illustrious work, she has preferred to tackle real life roles. From playing Queen Elizabeth I to the legendary Katharine Hepburn she has molded her talent into a wide variety of characters, but the range surprisingly does not end here. In what can be termed as a strange and daunting choice, she opted to don the grizzly hair and those iconic Ray Bans to play Bob Dylan! ‘I’m Not There’ explores six different stages in Dylan’s life that are played by six different actors including Christian Bale, Heath Ledger, Richard Gere and Ben Whishaw apart from Blanchett. Her usual unrivaled presence on screen is evident here as well as a shocking resemblance to Dylan and this may be a visual treat for his fans, who can’t help but be transported back to the 60’s.

Tilda Swinton is renowned for her androgynous chic looks, and her photo-shoot with the late David Bowie proved her talent to mask her body, something that would keep you puzzled about her true identity. We aren’t interested in her personal preferences though, and her flawless talent is too captivating for us to wonder about that. In ‘Orlando’, she plays an ageless man who’s torn apart between his sexuality and the gender imposed upon him, and we see his acceptance of different aspects in his life as the world around him progresses. The film also has Quentin Crisp, a male actor play Queen Elizabeth I but it is the characterization of Swinton’s Orlando that is nothing short of a miracle, courtesy of the source material by Virginia Woolf which is considered a classic among transgender and feminist communities. Midway through the story, Orlando changes into a woman and this is a very difficult task to accomplish, keeping in mind the flow of the movie. Swinton holds on to the two different personalities so effortlessly, you never really notice the physical transformation.

An Oscar, a Golden Globe and sweeping almost every major award out there, Jared Leto turned into a superstar after this performance. I’ve encountered people claiming ‘Dallas Buyers Club’ to be Oscar bait, but regardless the same cannot be said about its actors. Leto’s Rayon had people debating over the effect of make-up design and delicate subject matter on such roles, with some questioning the unconventional casting of a “male” actor and though they did contribute to success, they feel like desperate arguments undermining the credit he deserves. As a transgender suffering from AIDS, Leto delivered a career best performance and remains one of those rare actors who have switched genders to “be” the character and not for inducing an over-dramatic or comical edge. Leto is known for his psychotic dedication towards his roles, and he dropped to 50 kgs to play a terminally ill human being, while also opting for isolation to bring out raw emotions, similar to his co-star Matthew McConaughey. His acting towards the end is a complete revelation, right from him donning the neatly tailored suit to the haunting scene where he confronts himself in the mirror. 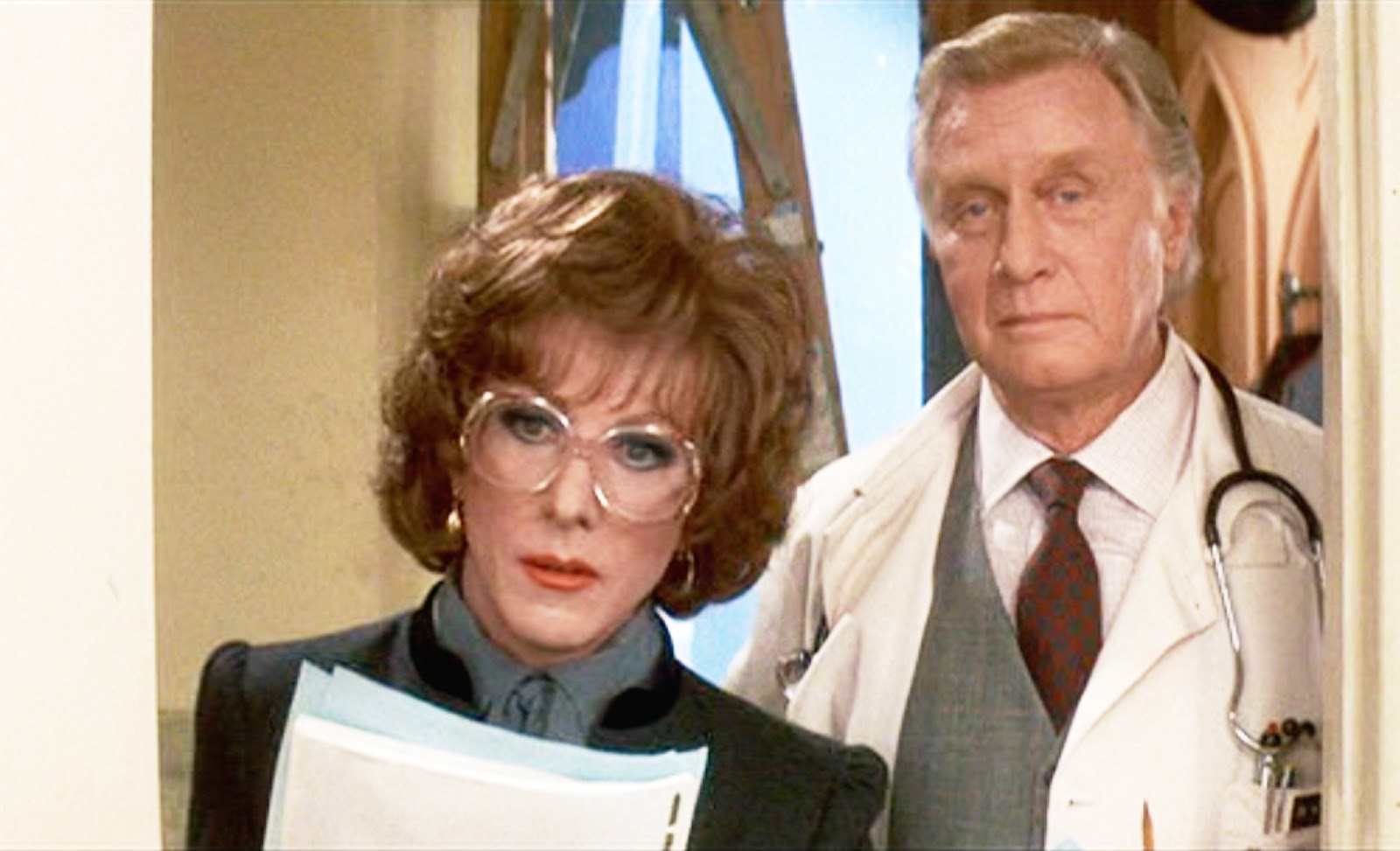 Though there were some renowned cross-gender performances by the 80s, it was Hoffman’s portrayal of Michael Dorsey that made mainstream audiences familiar with the possibility of cross-dressing. Hoffman was the biggest star in Hollywood after winning the Oscar for ‘Kramer vs. Kramer’ and surprised the industry by taking a step that was considered too effeminate for the desired “lead man”. Dorsey is a reputed but struggling actor who decides to dress up as a woman to get a female role. Now, the biggest reason why the movie is deemed “culturally, historically, or aesthetically significant” is because unlike the shallow mindless comedies nowadays, it rises above sexual innuendos to make a bold statement with some sweet farcical moments. It showcases sexism, absurdity of soap operas, the agents in the industry and the consensus’s reservations about social statuses and since Hoffman himself opted for control of creativity, the film is spot on with these representations. 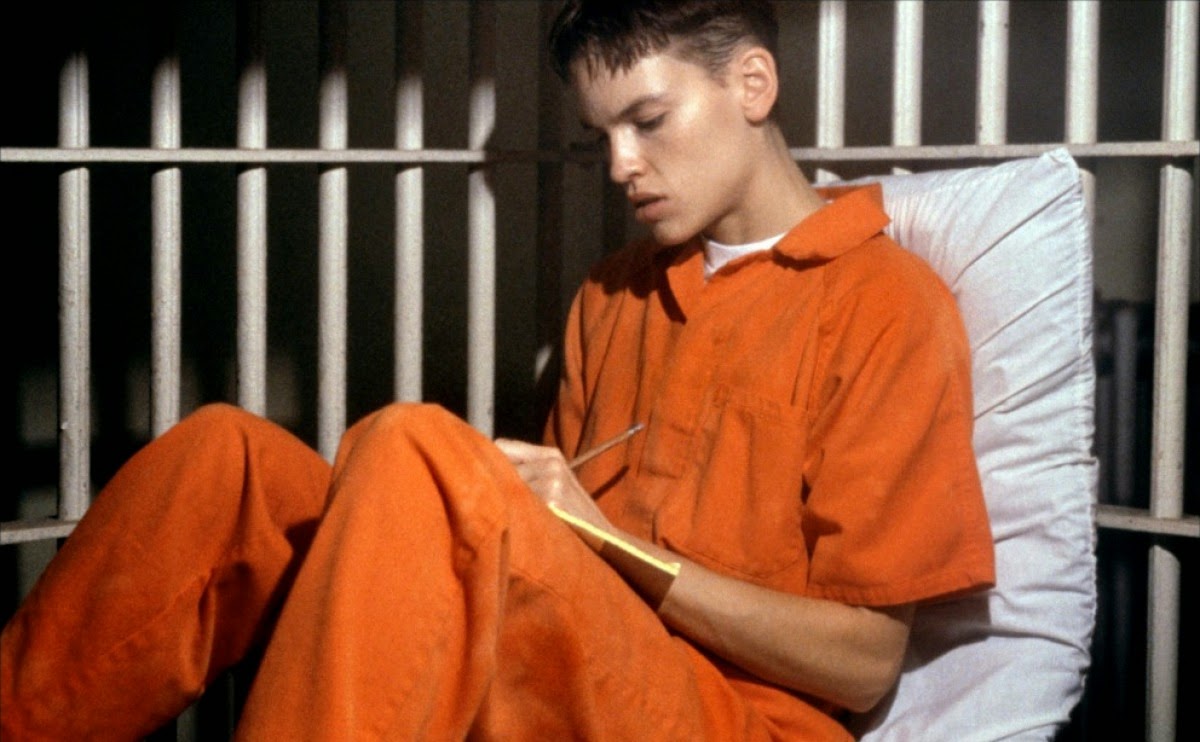 Though Hilary Swank hasn’t been very prolific lately, there was a time when she was considered to be a power-packed female performer, taking on roles many male actors would have physically and mentally succumbed to. Though being popular for her Academy Award winning performance in Clint Eastwood’s ‘Million Dollar Baby’, it was her portrayal of Brandon Teena in the indie biopic ‘Boys Don’t Cry’ that made her a revered name among film makers and critics. The film explores the relationship between Teena and his girlfriend, while also depicting the disturbing sexual assault and murder. Critics called Swank’s performance “one of the greatest Best Actress Oscar-winning performances” and I believe that its intensity hasn’t been replicated since then. Dwelling on such heartbreaking subject matter can be very tricky with even the slightest of mistakes turning something emotional to something melodramatic, and with the help of subtle characterization Swank delivers something so heartfelt, the viewers are shifted back to the place and time when Teena went through all those monstrous adversities.