12 Best Dinosaur Movies of All Time

Dinosaurs have always fascinated me, and I could say the same for every other person out there. The existence of these beasts long before humanity even existed on this planet, draws you with intrigue. Movies have, from the black-and-white era tried to recreate dinosaurs and many of them have failed terribly. But there are some unique films, that have not only dazzled audiences with their scope but with the context of the dinosaurs in the plot. These movies are thoroughly entertaining, and have the speciality of projecting light upon dinosaurs in their own grand or silly little ways. I’d only be considering dinosaurs here, so that means the Godzilla and other T-Rex looking B movie monsters would unfortunately be excluded from the list.

So here is the list of top dinosaur movies ever. On this list you will find movies ranging from the Disney dinosaur movie (The Good Dinosaur) to BBC’s Walking With Dinosaurs. You can watch some of these best dinosaur movies on Netflix, Hulu, or Amazon Prime. 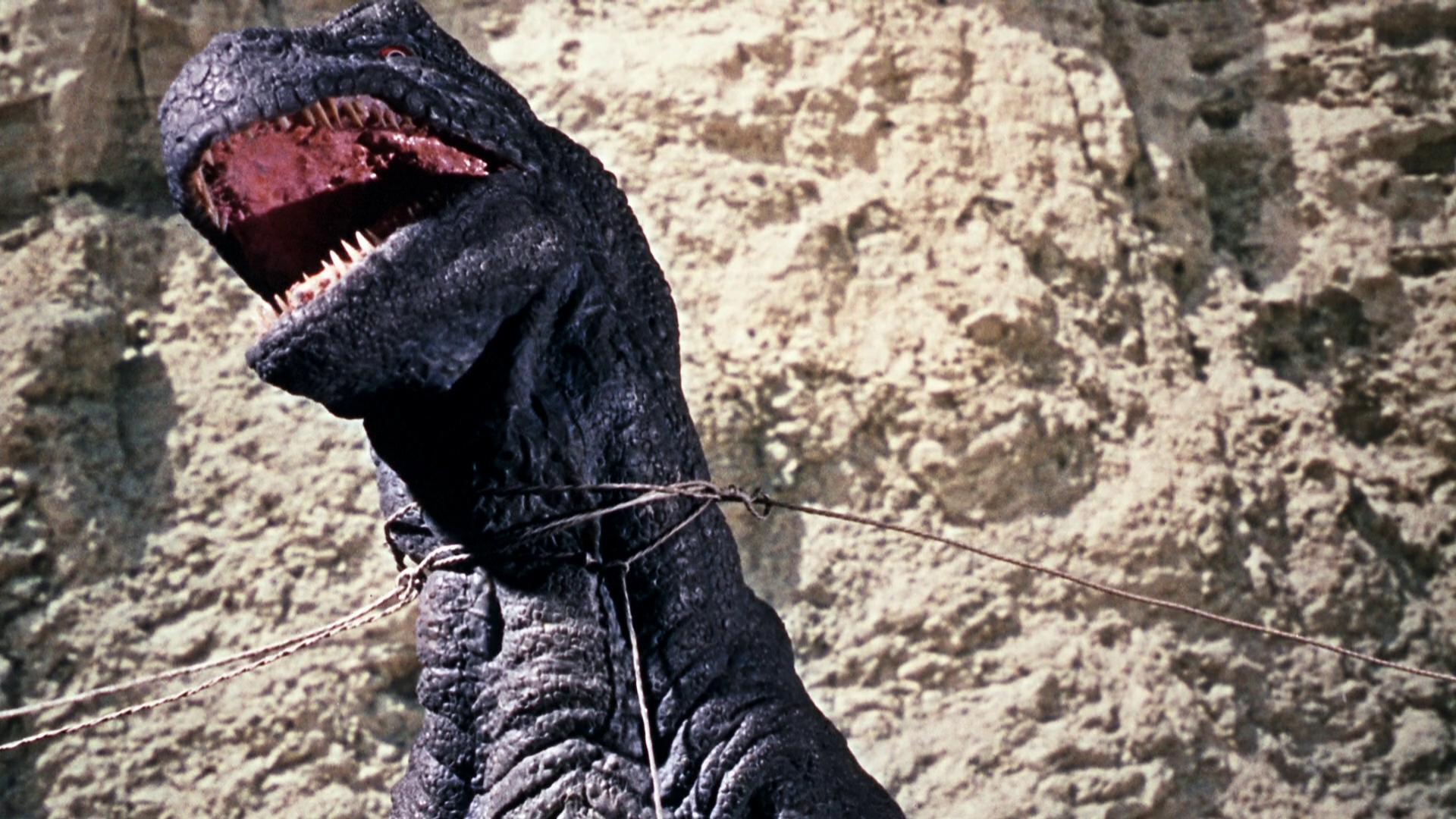 At a time when Peckinpah was tormenting the “beautiful” West with his raw and vicious energy, Jim O’Connolly came up with ‘The Valley of Gwangi’. The scenario involves cowboys finding a Forbidden Valley which is a host to prehistoric life, including a large tyrannosaur Gwangi. The special effects were handled by the legend Ray Harryhausen, who’s worked on ‘The Beast From 20,000 Fathoms’ and ‘Jason and the Argonauts’. 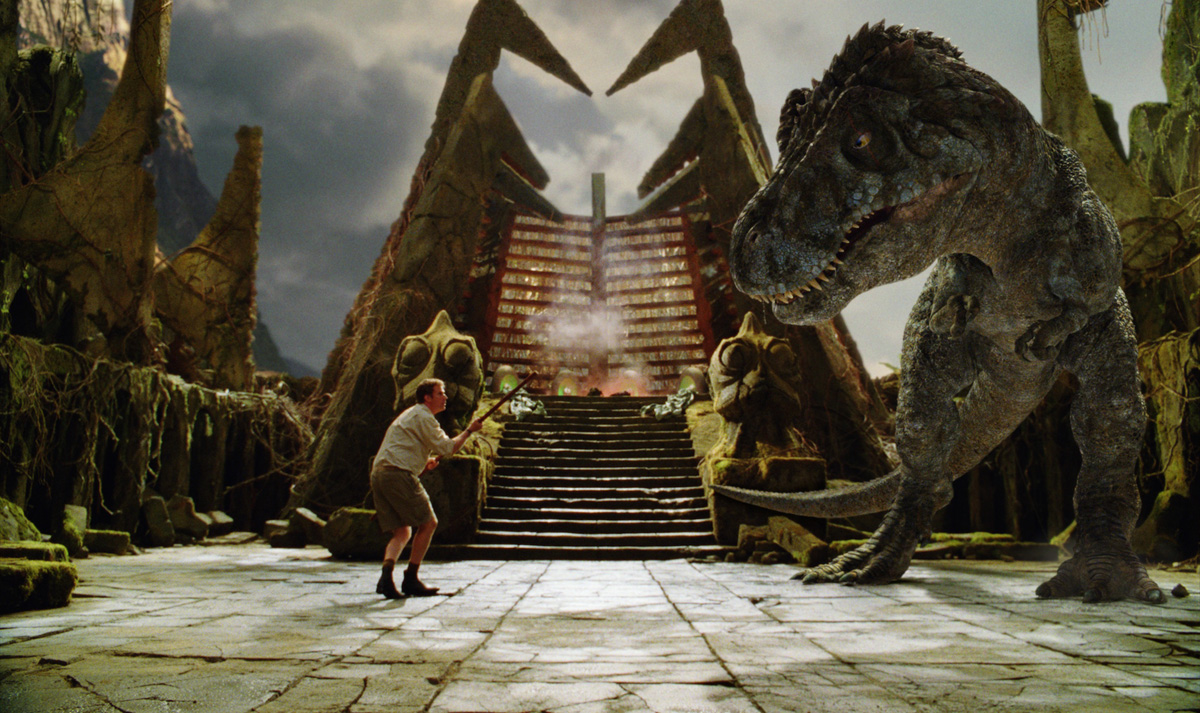 If you can afford to leave you brains behind and enjoy the substandard humor in this movie, which is an attempt to parody the original TV series of the same name, then ‘Land of the Lost’ is a good way to pass your time and intrigue you with some megareptilian action. Will Ferrell and Danny McBride enjoy their own gradual annoying brand of comedy, and surprisingly the best character from the movie is an intellectually advanced T-Rex. 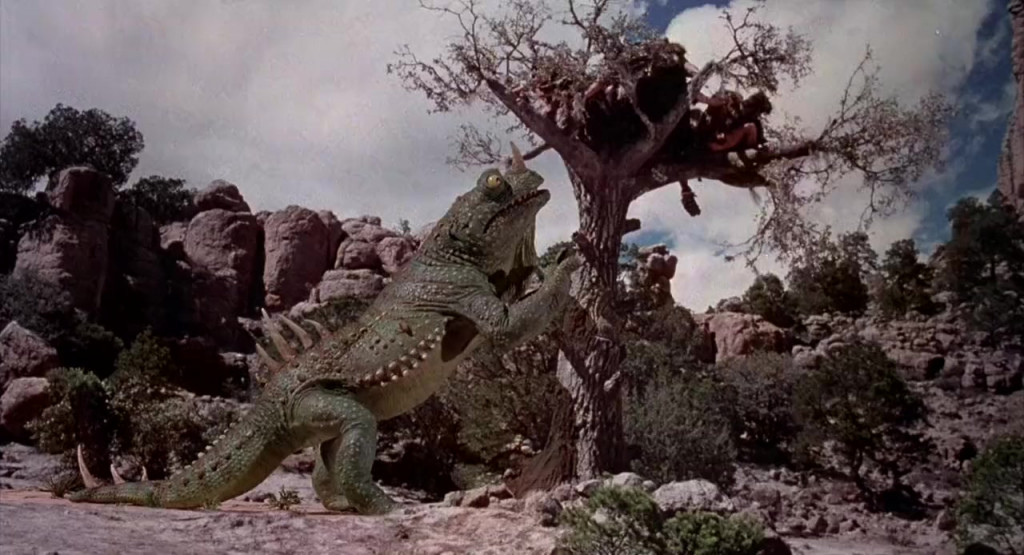 If you’re looking for a prehistoric movie that aromatically recreates the vividness present on Earth when dinosaurs roamed the land and soared the sky, you’ll be massively disappointed. There was a time when musicians used to appear in the weirdest movies, and so did the fourth Beatle, Ringo Starr, in this slapstick comedy. This film is like Flinstones meets Monty Python, and does a  great job of tickling you with the jaws of its hilarious carnivores.

‘Walking with Dinosaurs’ is inarguably the most defining documentary on dinosaurs. Produced by BBC and released in 1999 in the UK, it is narrated by the evergreen Kenneth Branagh. To recreate the late Jurassic Era was always going to be a humongous task, considering this film was completely fixated on dinosaurs. That meant everything had to be digitally recreated, and this was done successfully in a traditional nature documentary style, with the help of the biggest budget ever granted to a TV series. 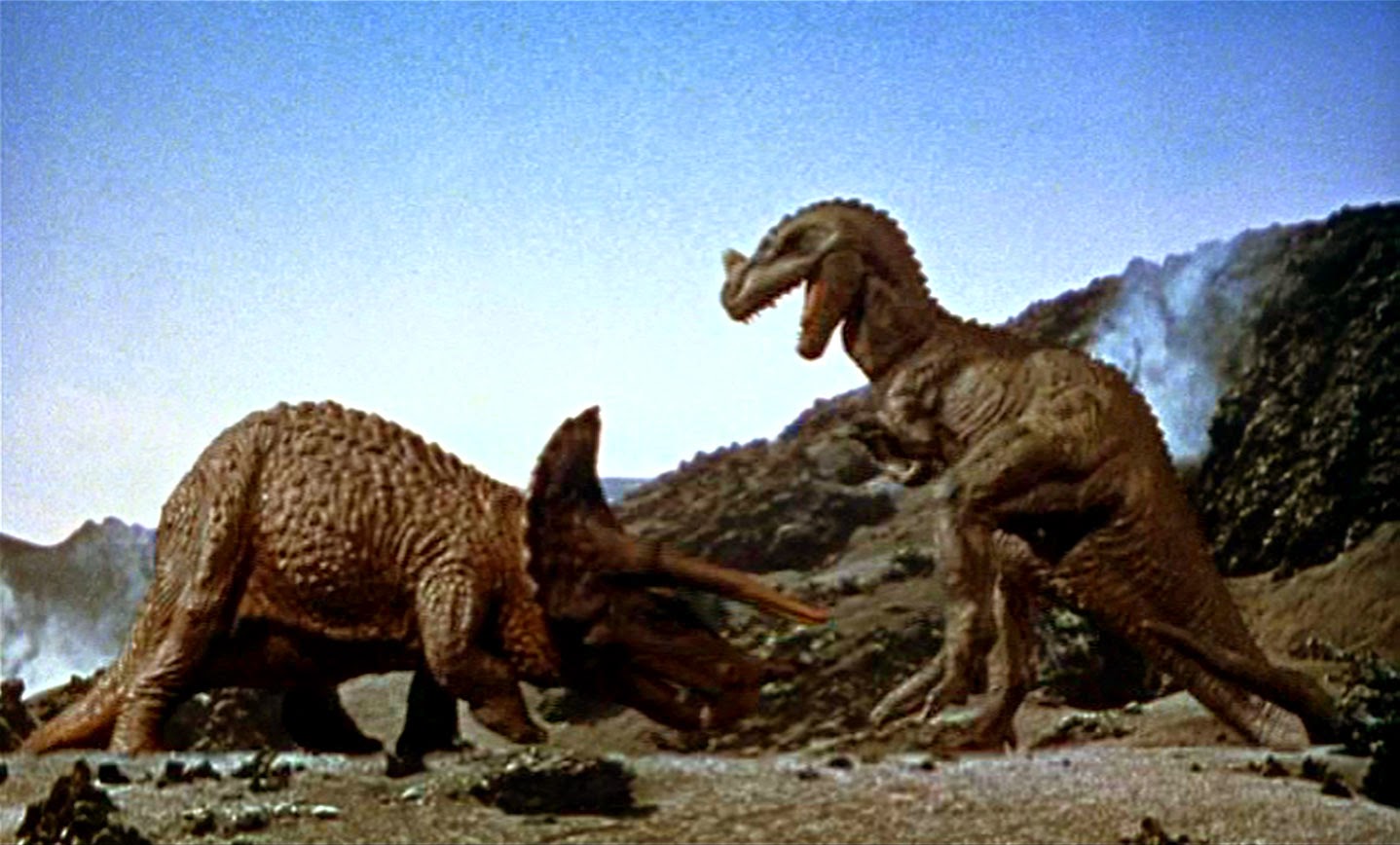 ‘One Million Years BC’ is probably still remembered for Raquel Welch’s iconic caveman two piece outfit (Remember that poster in Andy Dufresne’s cell?). But this 60’s Hammer classic is more than just a cheesy B-film. Ray Harryhausen’s work on this is pure genius, as he implemented so many tricks that were further used in mainstream 70’s and 80’s flicks. The trick imagery is old school with the positioning of objects to make them appear in the same frame reminiscent of many silent films.

The latest movie from the Jurassic Park series might not hold a candle to the original, and follows the same worn out monster movie exploits that we’ve learnt by heart now. But one area where it does improvise could be the representation of new mutated dinosaurs. In earlier films we were treated to dinosaurs that graced our shelves, but with the addition of Indominus Rex and Mosasaurus, World does give a peek into the heights this technology can scale. 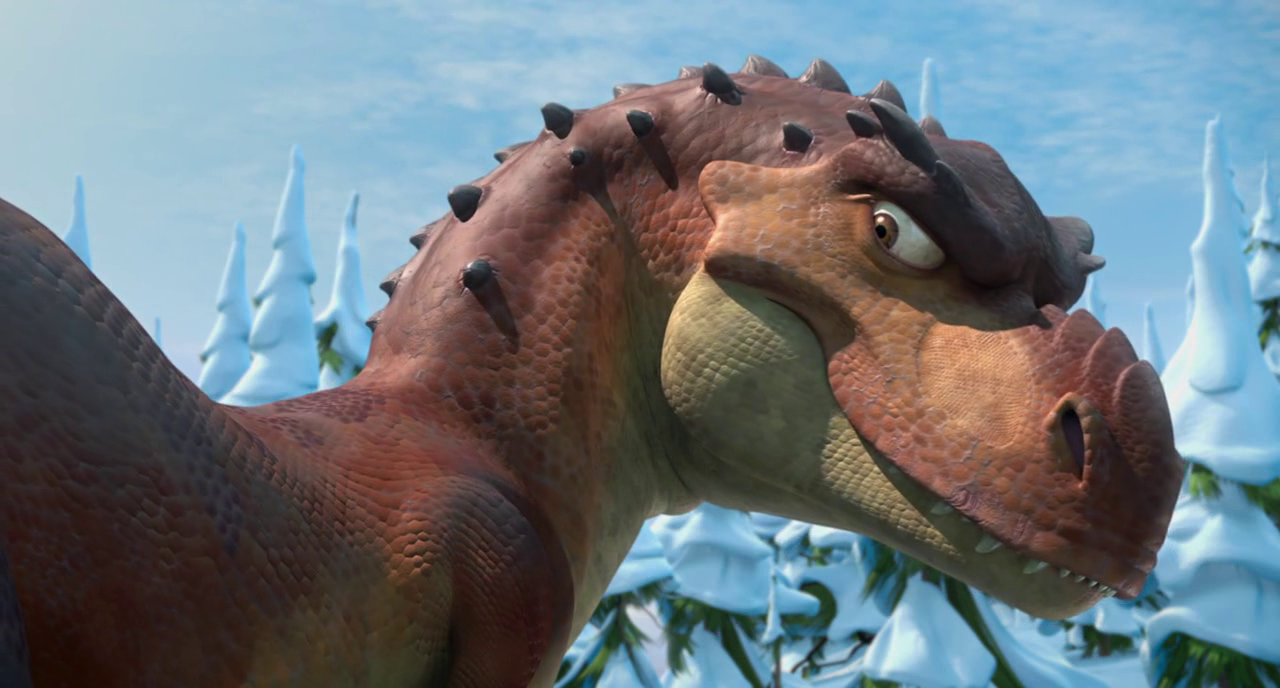 Though the ‘Ice Age’ movies have lost their charm, but still remains one of the most enjoyable series associating with prehistoric life among young audiences. The 3D imagery in the movie and the attention to detail on the dinosaurs despite its consumer base awareness is surprising. The story may feel revisited and the series does indulge in the usual escapades, but the world of dinosaurs in an Ice Age is very well presented. 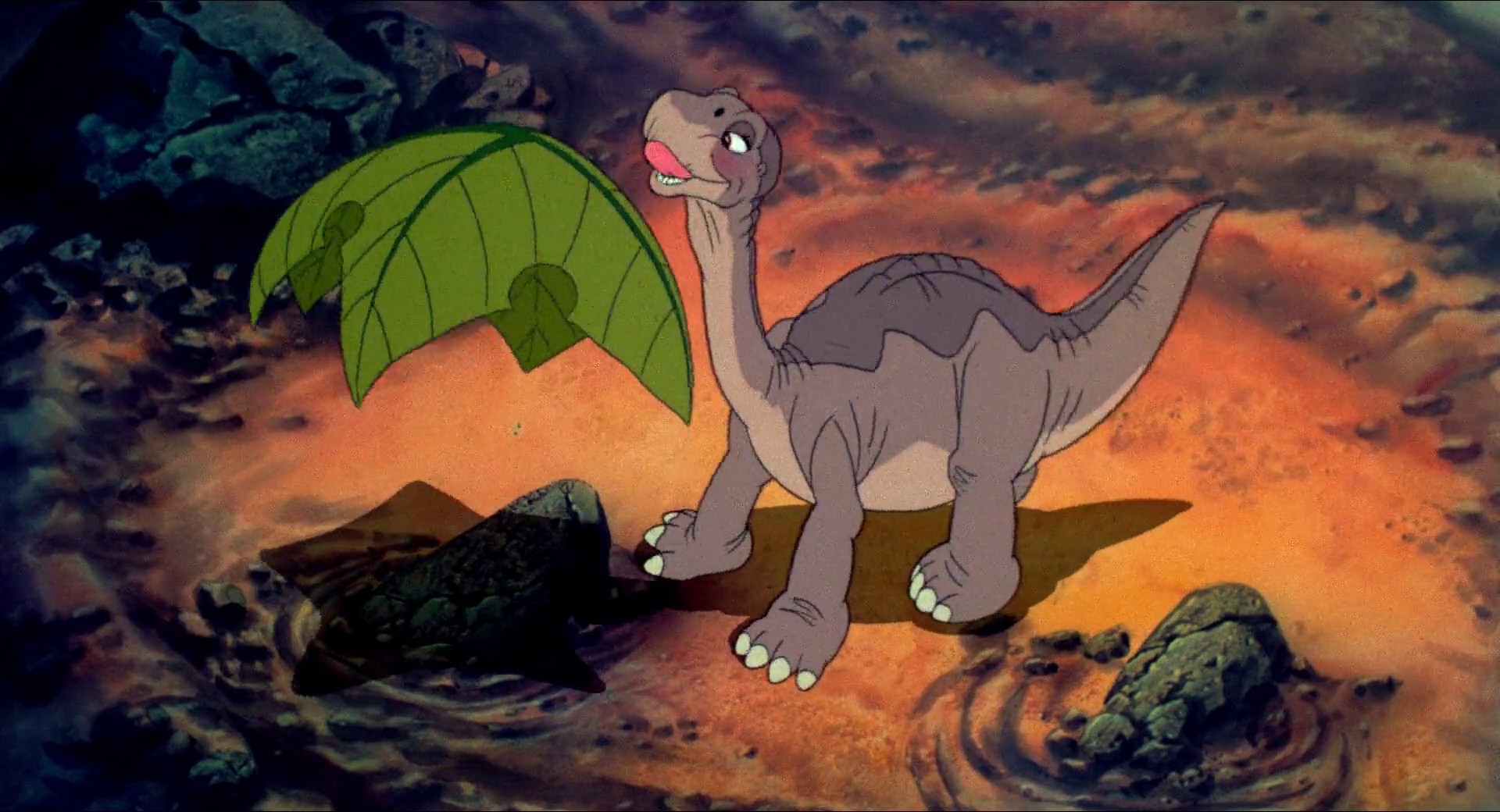 I remember watching The Land Before Time on Cartoon Network as a kid, and writing this smears me with nostalgia. Unbeknownst to many, but Jurassic park wasn’t Spielberg’s first venture into the prehistoric world, it was this animated film. The movie follows a young orphaned dinosaur who meets other young dinosaurs on the way to a haven while trying to escape a wild Tyrannosaurus, and is like the Stand By Me of animated movies. 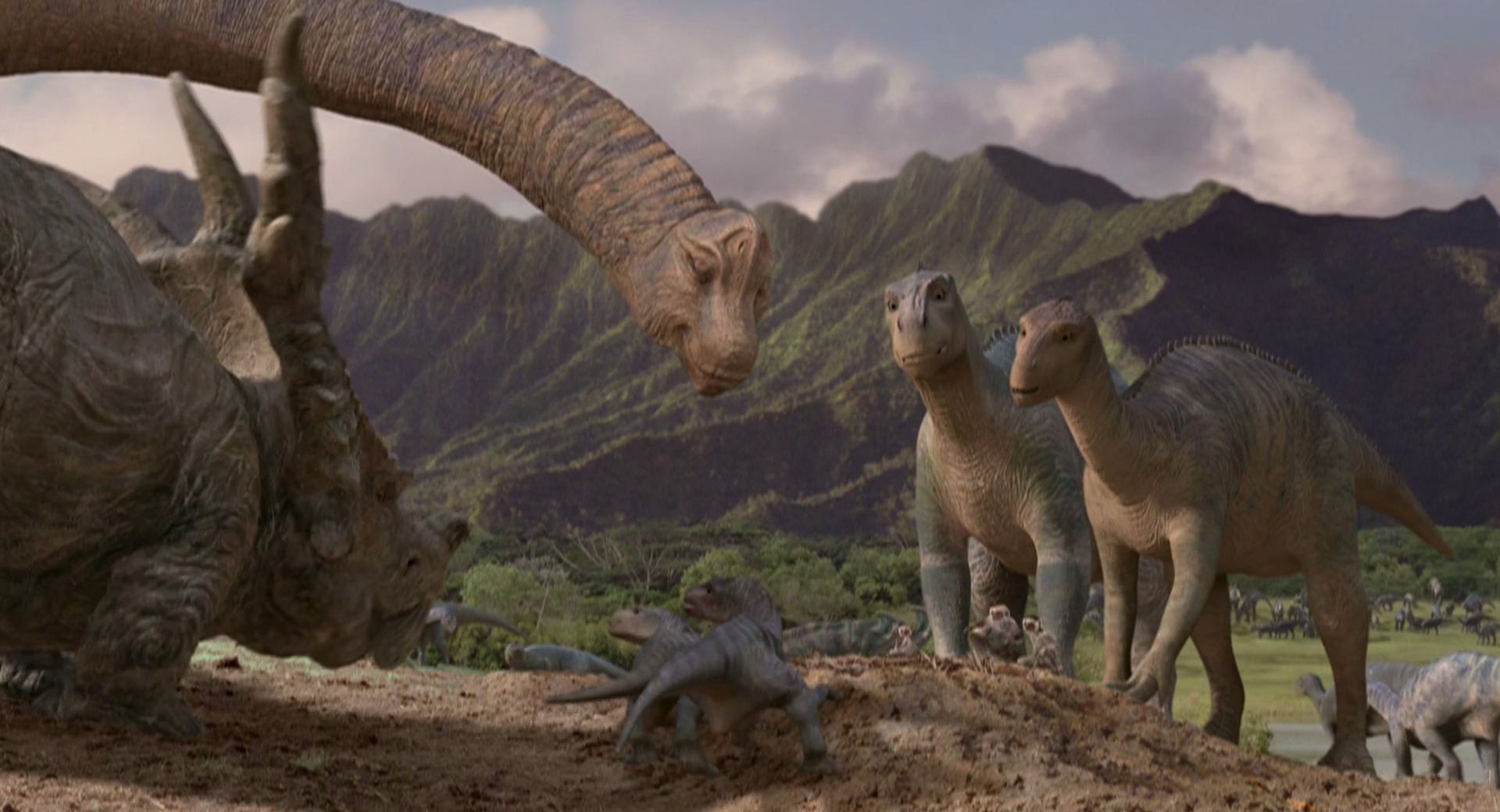 ‘Disney’s Dinosaur’ is very similar to CG-ed documentaries that employ a photo realistic look by blending animated beings with footage of real world landscapes in the background. The only exception thoug, is that it has a familial story like most Disney movies. It follows a Iguanodon who was raised by a family of lemurs, and his adventures, as he moves to a new habitat after the previous one was destroyed by meteors. 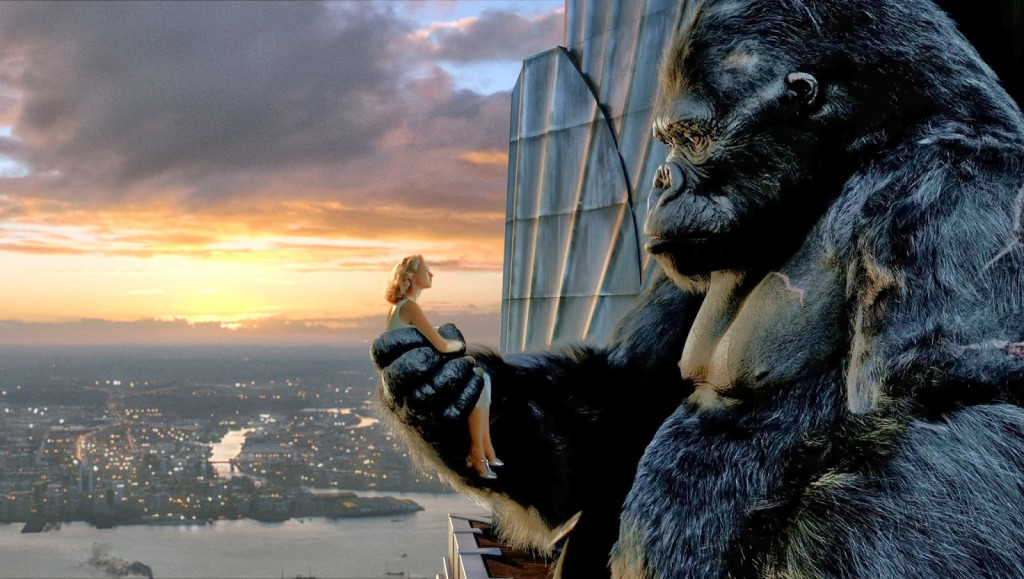 Though, technically the Vastatosaurus Rex never existed in real life, it has been referred to as the T-Rex in the King Kong franchise, for audience accessibility. The “V-Rex” is an evolved version, which is indigenous to Skull Island and unlike its predecessor is as pretty agile. In the movies, due to being similar in size to Kong, the Rex are an abominable foe and are also the instigating factor in the Beast’s friendship with the Beauty.

In a hypothesized world, where no asteroid ever hit Earth and dinosaurs and humans coexist, The Good Dinosaur presents one of the most simple yet heartfelt Pixar productions. Though the film was comparatively aimed at a very young audience group, its tale of unlikely friendship between two orphans : the boy and the dinosaur is sublimely effective. It’s one of those rare coming of age movies that accomplishes its vision of focusing on beings of two different species, and correlating the importance of fundamental emotions that are present in every creature. 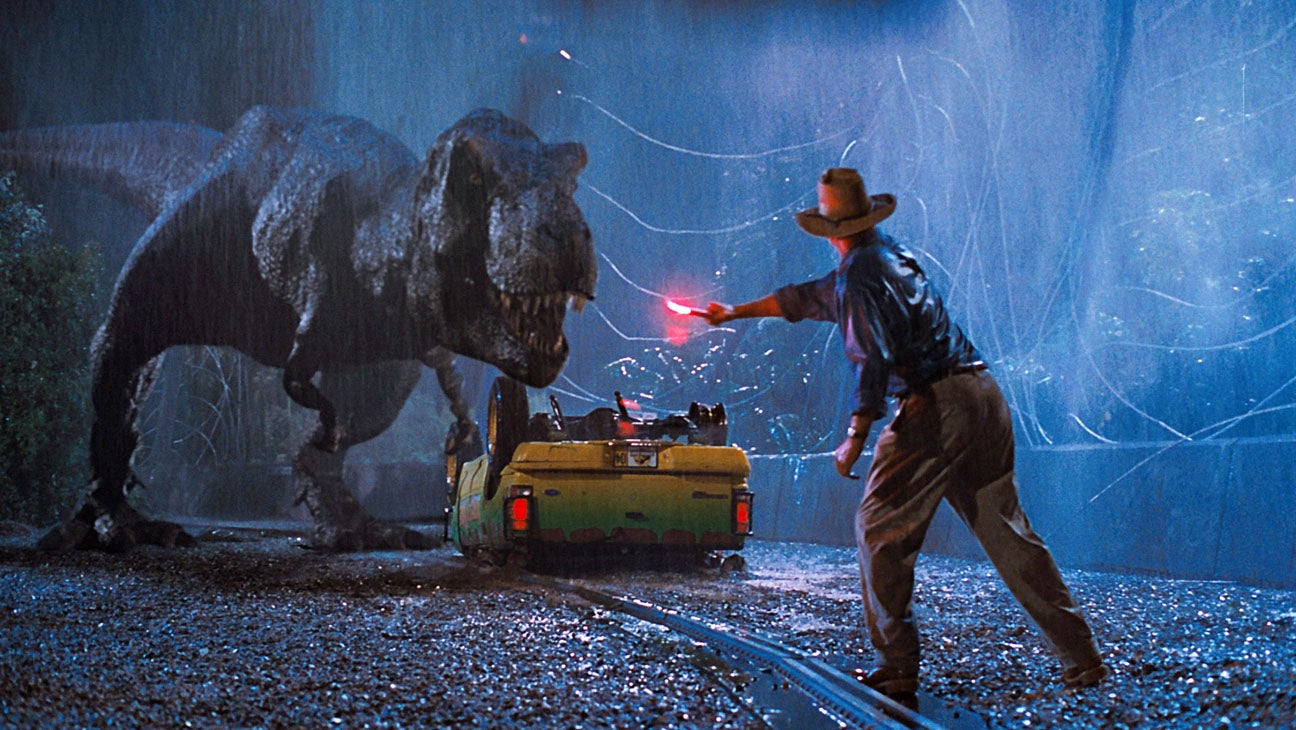 Lala la la la  lala la la la la…. Jurassic Park! Listening to this lovely theme song in ‘Swiss Army Man’, overwhelmed me with nostalgia. Jurassic Park is the greatest dinosaur movie ever made, and is leagues ahead of any other film on this list. It’s just untouchable. What Spielberg created is a landmark in fantasy filmmaking, that manages to bewitch audience from every age group. We have seen the outdated stop motion and the shammy CGI, but by combining just the right elements from both along with life-size animatronics developed by the legendary Stan Winston, the movie’s depiction of a real world dinosaur themed amusement park remains unemulated in cinematic history.