What pops up in your head when I use the words film editing? Do you picture a scissor going through a film reel? Well it’s exactly that and much more. The dictionary meaning of editing is to choose material for a film, radio or television program and arrange it to form a coherent whole. That sums up what a conventional editing task would entail. Drop the unnecessary pieces of the puzzle that leaves you with a crystallized product.

But “product” happens to be the entirely incorrect adjective when referencing an art form. So editing is much more experimental and reflective of an ardent desire for exploration that sometimes makes the audience question the absoluteness of the film and no one realizes that our conception of absoluteness defined entirely by convention and the mundane tendencies of mediocre filmmakers to confine to them. Our experiential senses are fulfilled only when those conventions and our disturbingly rigid expectations are authoritatively challenged.

I’ve always likened editing to puppeteering or composing a symphony. You constantly control each element of the cinematic life of the film and you alternately tighten and loosen that control. It’s like a dance, a sophisticated engineering and makes all the obstacles in the path of a filmmaker to gain utter control of the audiences’ mental trajectory vanish. With that, here is the list of top film edited sequences ever, ranked in order of impact, import and ingenuity:

Stephen Daldry’s ‘The Hours’ is a love-it-or-hate-it film. Its tender, sometimes deliberately stylized observations make for a stunning collection of simultaneously bleak and empowering images. This scene finds the three protagonists, utterly distinguished in character, period and lifestyle, yet inexplicably intertwined in their exhaustion of life and its incessant banality, wake up and look for something new to hold on to. It is deeply relatable, lends you immediate and profound insight into the characters and while not technically audacious sets the tone for the film effortlessly.

9. ‘The Paino Teacher’: Her Own Undoing 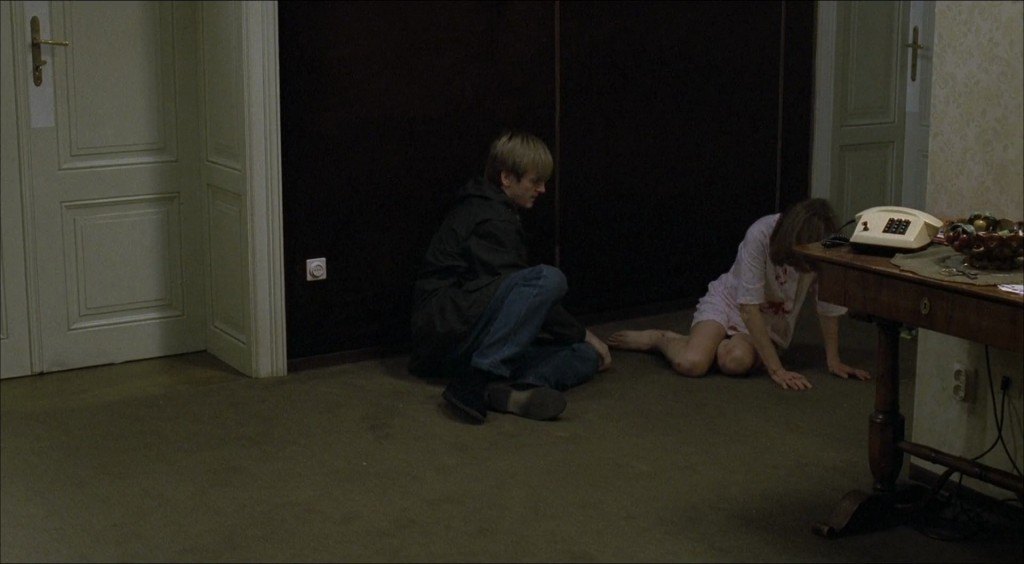 I could choose multiple sequences featuring heavy use of cuts and interlaced shots and miraculously, surgically stitched chain of images and transitions like the opening shots of ‘Apocalypse Now’ or the ending of ‘Bonnie and Clyde’ for this spot. But as much as editing is about those glorious, groundbreaking achievements, it is also about stillness and a minimalist application of technique to create something intensely powerful. Michael Haneke and his editors Monica Willi and Nadine Muse employ as little cuts as possible in this tragic scene. But it’s like they have gained full control over your breathing and in long, excruciating, agonizing, shots hold it in and let it go for a few seconds in between. It’s like walking in complete darkness and all that is egging you on is the shimmering light at the end of your path. The beauty: the light shimmers all too infrequently, leaving you in utter darkness most of the time.

If you have seen ‘Mad Max: Fury Road’, you know the film is a living, breathing homage to the art of editing. It works like giant, sweeping piece of orchestral music perfectly composed for first, your eyes and ears, and then, your head and heart. It relishes in its color and vibrancy the impossibility and the brutality of the dystopian vision of its director, with almost every scene, from ferocious to gorgeously quiet, eligible for a spot here. But that final chase is like a delectable crescendo the entire film is building towards and watching it in an absolute frenzy on the biggest screen I could find, I had my jaw on the floor the entire time.

Inspiring that magnificent opening number ‘Another Day of Sun’ from ‘La La Land’, this scene is indescribably seductive. Fellini enraptures you with his absurdist ideas while his editor Leo Catozzo exploits a rhythmic temperament to surpass logic and provide you only with the tools to imagine. Most viewers are left bewildered, confounded, repulsed even by the meaningless set of images on display on first viewing, but the profundity of the piece justifies the poetry of capturing the abnormal, and sprinkled on it, a devious, supremely witty sense of irony and spectacular insight.

Let’s get ahead of ourselves and assume that this is the greatest battle sequence of all time and then attempt to prove it. Within the first 30 or so minutes of the film, Spielberg, the master storyteller has dropped you right in the middle of hell. There’s blood, there’s gore, there’s huge waves of a stunningly photographed sea. You wait patiently as the American soldiers, their veins about to pop with apprehension, sit on the boat, somehow preparing themselves for what could be the last day of their life. The action then moves to the coast and the frame moves at breakneck pace to capture moments of abject horror. The camera moves in a haphazard, jagged manner to give the feel of realism devoid of even a hint of artificiality that would let you off the edge of your seat, but Michael Kahn’s staggering, haunting cuts elevate it to the level of art. Quod Erat Demonstrandum.

Russian filmmaker Sergei Eisenstein was the pioneer of the art of the montage and of film editing, and thus no list of great film edits would be replete without his inventive artistic endeavors. His tallest accomplishment is ‘Battleship Potemkin’, staple viewing for film students across the globe. This is where it all started, with this eclectically crafted sequence that changed the dimensions of cinema forever. There is no other film where not a single word is uttered that is so sumptuously riveting, thanks largely to this particular scene that has been referenced to and parodied to death over the years.

4. ‘The Godfather’: The Baptism

Launching a film straight into the history books is a tough undertaking for just one scene. And while just about everything else in this painstakingly crafted legendary film is the textbook definition of cinema flawlessness, this one scene managed that task with unforgettable flair. As shocking and indelible as the grand theatricality of the murders in this scene are (watch out for the ‘Battleship Potemkin’ reference in this one too), what’s even harder to shake off is the deadpan, ambiguously empty face of Al Pacino placed among them, speaking the words that renounce Satan just as his actions glorify him. It is nothing short of majestic and like ‘Potemkin’, left a ton of descendants of its own.

In the world of CGI and expansive set pieces, the classic shot/reverse shot treatment to a scene sounds dull to most audiences. And there’s almost nothing new in terms of technique in this scarring scene until the very end. But on repeat viewings, you notice that an impeccable maneuver is at play here. That puppeteering I was talking about never got more essential to seducing a viewer to the mysterious imagination of Lynch, which even after breaking every rule in the book remains pulsating with life. We know nothing of the men here; this is the first time we’ve seen them, and yet we are totally embroiled in each emotion that flutters across their faces. The shot lingers just the right amount for us to feel both the most terrifying sense of dread and a comforting skepticism from the respective perspectives of the two men and then the dread manifests into reality and cinema was never the same again.

2. ‘Lawrence of Arabia’: The Match Cut

For my top two choices, I consciously chose just single cuts that brought the entire sequence to immortal life on celluloid. This one, from David Lean’s resplendent epic has struck in the consciousness for decades, because it’s just like the vivaciously and quietly short-lived flame on the match Peter O’Toole blows off. The moment is gone is seconds, but its breathtaking serenity in the empty deserts the film is set in leaves an overpowering scent that suffuses the entire film and its intimate tranquility becomes the most memorable moment in the most grandiloquent fable in cinema history.

Another match cut, another moment worthy of the time capsule. Stanley Kubrick jumps millions of years in a second as a flying bone in our evolutionary past turns into a satellite in space in the future. It is just brief as the cut in ‘Arabia’, and just as elemental to our experiencing Kubrick’s impossibly avant-garde vision. It sneaks up on you and transports you to another dimension, as the effective sound design of the deafening silence of the air on Earth wells up to Strauss’s “An der schönen blauen Donau (The Blue Danube)” and we are lifted off to space: a feat, even after countless efforts, any other filmmaker is yet to achieve.

Read More: Most Visually Stunning Movies of All Time