12 Best Flash Games of All Time

While video games have been unfairly associated with wasting time and generally considered to have no ‘fruitful’ purpose, flash games are the epitome of that mistaken notion. These tiny games do serve that, may we add, highly useful purpose of whiling away the time in commuting or elsewhere. However, they are much more than online games. Many Flash games are thrilling experiences that offer accessible gameplay that’s a whole lot of fun. With Adobe’ Flash software, so many developers have been able to cater to audiences just looking for cheap thrills across a variety of genres. With that in mind, here is the list of top flash games ever. You can play many of these flash games free, whereas others you can play online. 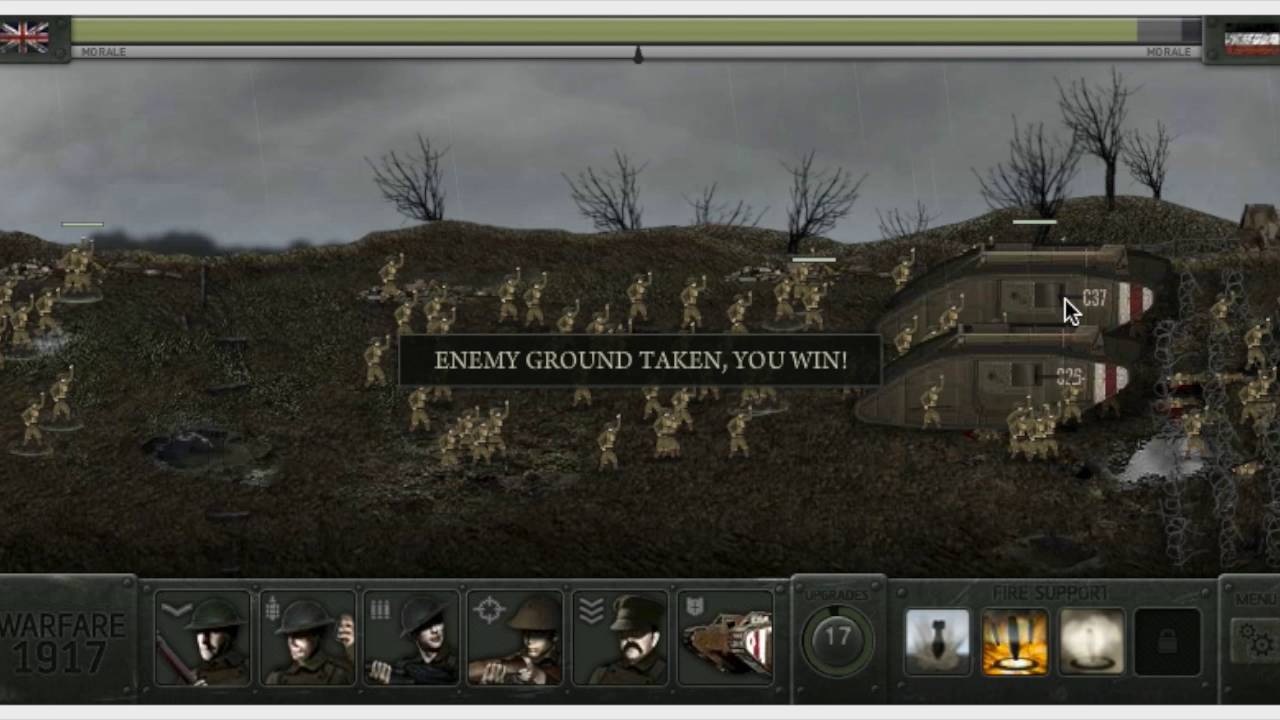 World War II has dominated war video games over several years, but ‘Warfare 1917‘, as its name suggests, opts for an earlier date of quite some historical significance. It focuses on clashes between British and German forces which would lead the way for the Great War two years later. Despite being a flash game, it is a deep strategy game, allowing players to use infantry, and weapons among other things to dominate their enemies. 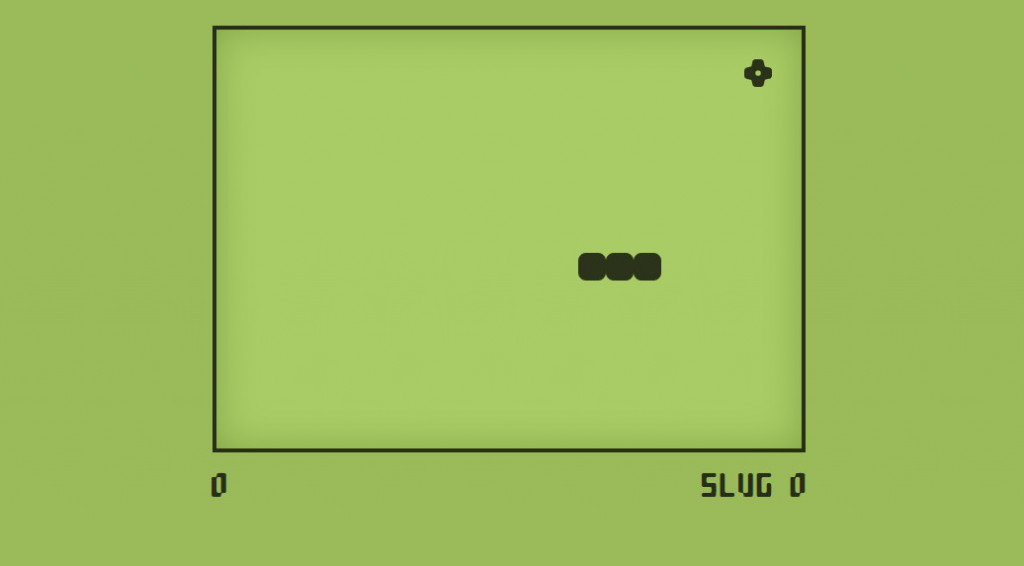 The much-loved classic ‘Snake‘ lost some of its old-school charm when Nokia decided to update the mobile game with 3D graphics. However, Paul Neave, the creator, had other ideas. He decided to save it in flash form for us to enjoy the game as it was originally meant to be enjoyed. The thrill of watching your snake grow as you weave between your ever-increasing body and the walls (sometimes), is still unbeatable. 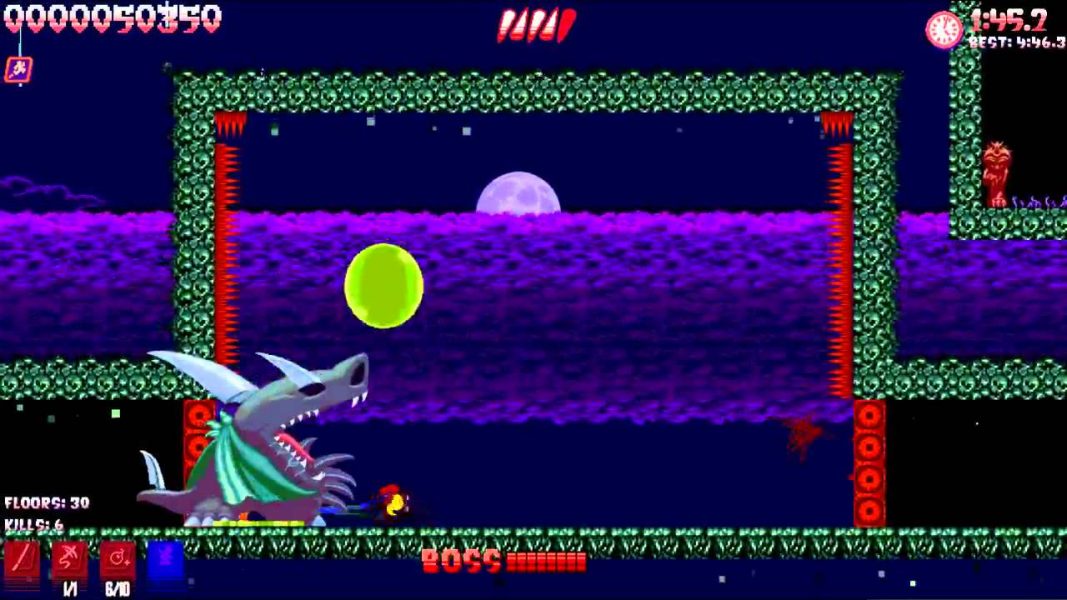 Adult Swim is now a household name for its wacky and brilliant television content, and ‘Super House of Dead Ninjas‘ follows the network’s similar footsteps. Players adopt the role of the Crimson Ninja as they hack and slash their way through countless enemies while keeping an eye on the two countdown timers. The gameplay is seamless and playfully violent, and the game has a ton of unlockable content with randomly generated levels, ensuring that no two levels are the same. 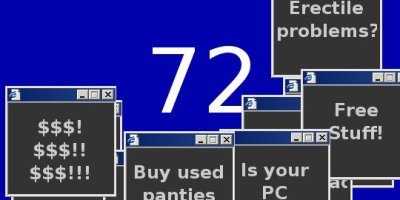 The popular British website b3ta developed this ultra-realistic internet simulator that succinctly captures the gist of our frustrations with the all-pervasiveness of the internet. Ever had a time when you clicked on a suspicious link only to be greeted by a barrage of popup ads on all possible subjects? ‘Kill the Popups‘ is exactly that, in video game form. It acts as a surprisingly effective commentary on both internet culture as well as late-stage capitalism, while the words’ Kill the Popups’ playing in the background to the tune of ‘Ride of the Valkyries’ over and over again only adds to the charm. 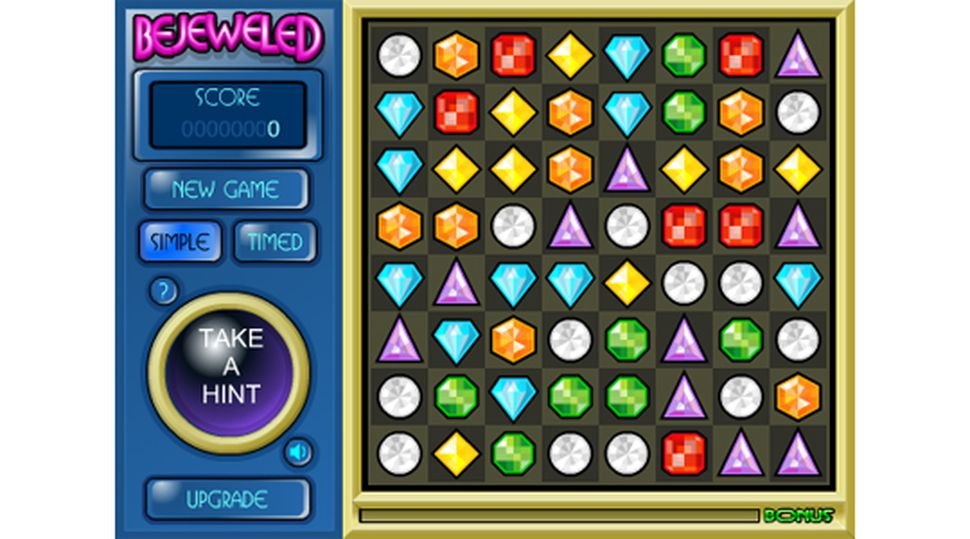 One of the most well known games on this list, ‘Bejeweled‘ has enthralled young and old gamers alike for quite a few years now. The game originally started off under the name ‘Diamond Mine’, then came into its present name and form. The objective is to create sets of three same-coloured gems by moving all the multicoloured gems around. It seems simple, and indeed the game is quite accessible, but mastering it takes a whole other skill level. The formula is simple, and addictive, and unsurprisingly, makes for a great Flash game. 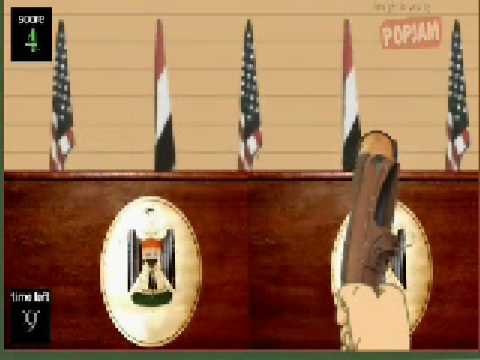 We all have our frustrations with politics, but how many times have we ever been able to act upon them with some satisfaction? With this devilish little game, you can finally vent all your frustrations wonderfully! A biting parody of the 2008 Bush shoeing incident in Iran, ‘Sock and Awe‘ puts you in the, well, shoes of the disgruntled Iranian audience as they throw shoes at one of the most unpopular politicians of all time. The game is immense fun, and there is only one control really, making the game accessible as anything. 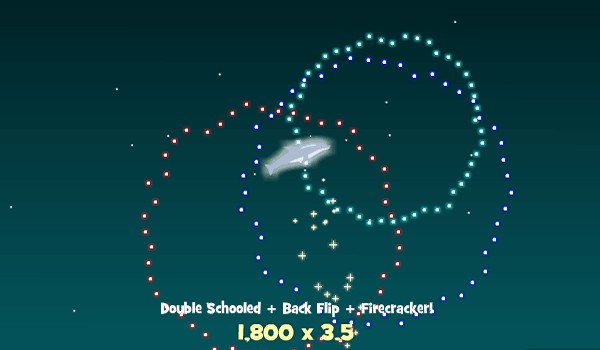 While the Olympics count as among the greatest sporting events in all the world, imagine the sheer elegance and cuteness that will be added to the proceedings if dolphins were somehow to become participants. ‘Dolphin Olympics 2‘ does just that, where players flip, turn, and twist dolphins to do all kinds of tricks to earn as many points as possible within two minutes. The game looks stunning despite being just a Flash game, and should be played by all. 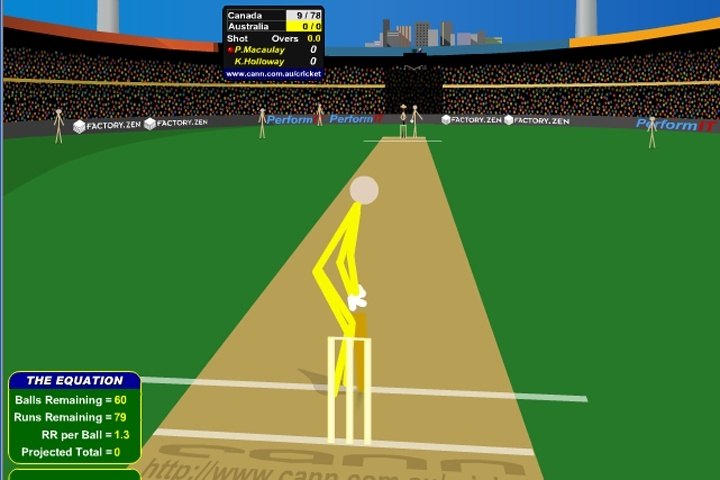 The first cricket game for so, so many people. Growing up, this was many people’s first idea of the gentleman’s game. Developed by Cann Creative, ‘Stick Cricket‘ employed a simple stick-figure aesthetic and basic controls to convey a surprisingly compelling version of the game. Spending endless hours here would be easy as a straight drive down the pitch. 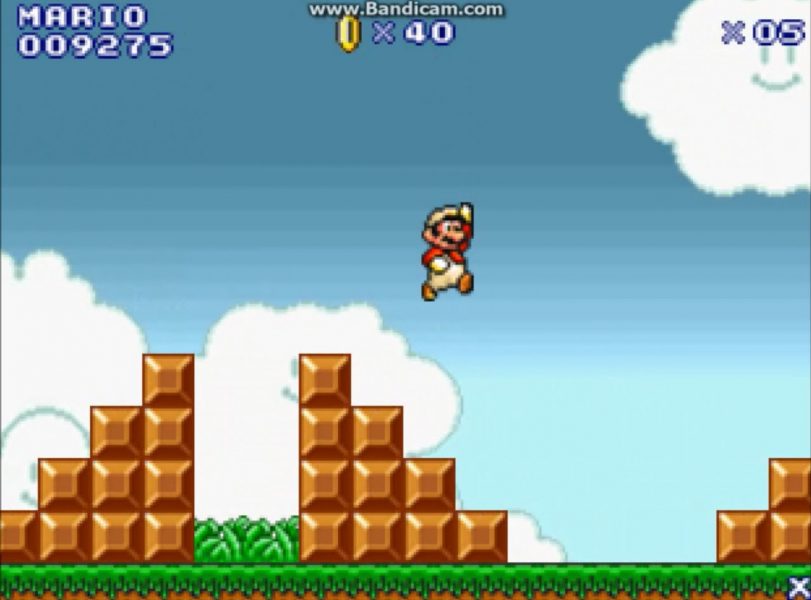 ‘Super Mario World‘ is rightly considered among the very best games of all time, and certainly so in the Nintendo Entertainment System (NES), where the game first released. The game re-released later in the first decade of this century on Flash, after its original 1990 release date, and brought back much of the same brilliant level design, and the extraordinary platforming that the series is known for. It remains a gem of a game even to this day, and will always remain so. 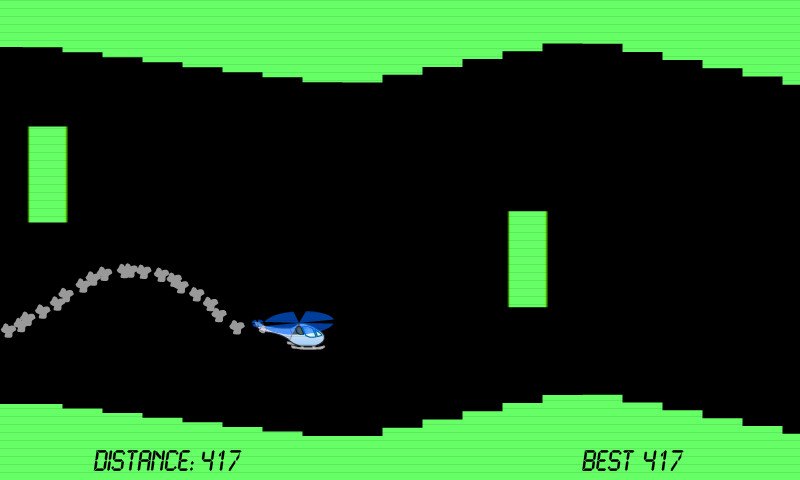 Despite the advent of open world games with sprawling cities and eye-catching graphics, flying a helicopter has never felt as satisfying as in ‘The Helicopter Game.’ With players trying their best to dexterously manoeuvre the tiny copter across treacherous worlds, the world around us was forgotten, and the only aim was to guide that little chopper to safety. Distances would be ever-increasing, and records were more eagerly broken as time went by. Truly, ‘The Helicopter Game’ was one of the first games to usher in the notion of video games being pure addiction, embodying that sheer will and desire to break the existing record, and then the next, and then the next, and so on. Before we knew it, the little chopper had taken over a sizeable portion of our lives. 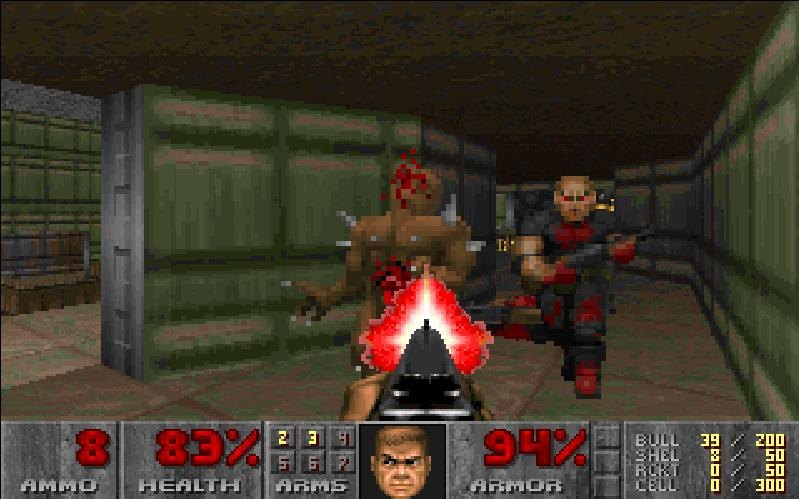 Perhaps the most influential shooter game of all time, considering it helped pave the way for the first-person shooter genre itself, ‘Doom‘ is as amazing on Flash as anywhere else. It has the same gory action, the same path-breaking level design, the same exhilaration in disposing off the gruesome demons coming for us, and the same fun, but all online, and much more accessible than before. Playing as the unnamed Marine we would later come to know as Doomguy is as exciting and bloodcurdling here as on any other version. The game that put id Software on the proverbial map of the video game world makes for a truly fantastic experience on Adobe Flash. It makes the transition from legendary PC game to accessible online shooter a very seamless and enjoyable one. 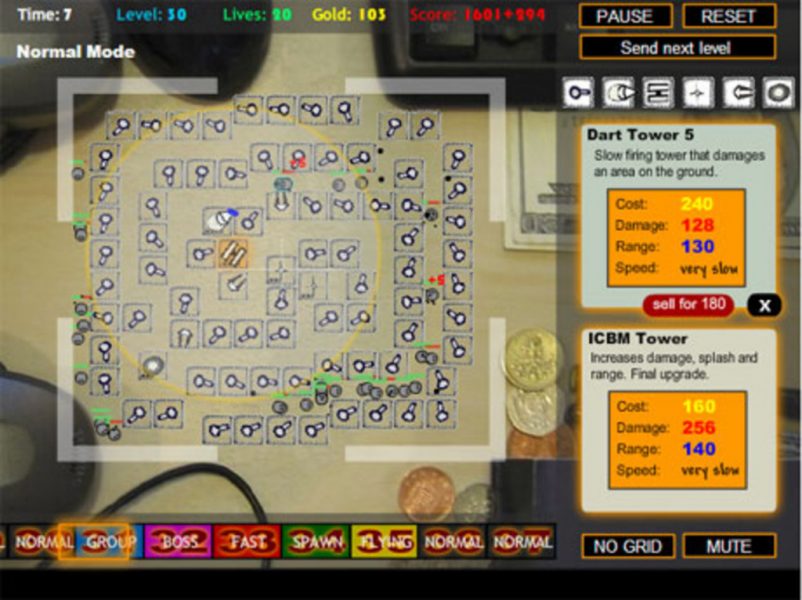 In March 2007, budding developer Paul Preece released a tower defense game for the desktop that could be played only via a browser. He observed that there weren’t enough quality tower defense games that allowed players to influence their enemies’ movements by placing towers in their path, also called ‘mazing.’ ‘Desktop Tower Defense‘ was the first game to employ ‘mazing’, wherein players need to stop waves of oncoming enemies by guiding them through long paths by building towers at the right locations to block short paths and shoot them from. The game is incredibly addictive, owing to how accessible it makes an otherwise abstruse genre. In other words, it is quite a-‘mazing.’