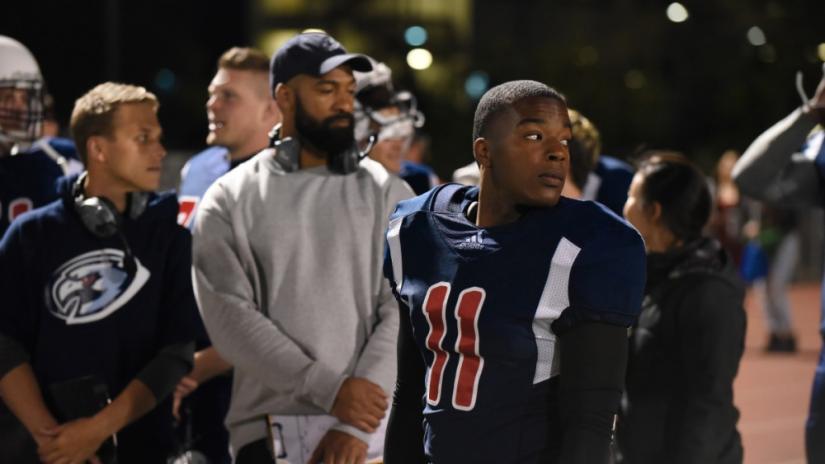 From exceptional football documentaries to powerful dramas, Netflix has a lot to offer for football fans. Even if you are not a fan of this sport, we would still encourage you to check this list. Football movies and TV shows are about way more than just sport. It is about teamwork, friendship, and perseverance. And also, they often stand the test of time since its stories continue to be relevant. So, next Sunday try checking out Netflix for a documentary or drama that might surprise you instead. Here is the list of top football movies on Netflix. You can also watch some of these really good football movies and TV shows on Hulu or Amazon Prime.

‘Friday Night Tykes’ is a documentary series that explores the world of youth football in Texas. With four seasons, we follow a group of kids that face a tremendous amount of pressure from both coaches and parents to win and be the best. Although it is entertaining, this series is surrounded by some controversy because it shows a horrible side of our society. It sparks a lot of conversation and debate about the potential danger of the sport and how kids should be taught football.

Adam Sandler is Bobby Boucher, a waterboy for a college football team with a surprising talent. He becomes a member of the team when its coach discovers he can tackle people much bigger than him. Boucher is one of Sandler’s most iconic characters. Besides a good cast (that includes Kathy Bates and the amazing Adam Sandler), this film has a compelling cartoon-like comedy. “The Waterboy”’s absurd script and humor are just perfect for a late-night film session. Based on true events, ‘Quiet Victory’ is a powerful movie about a high school teacher and football coach Charlie Wedemeyer who is suddenly diagnosed with Lou Gehrig’s disease. Directed by Roy Campanella II, this drama follows how Wedemeyer’s life changed with the disease but that his love for football and his students never stopped. With the unconditional support of his wife Lucy, the teacher remained leading his football team despite becoming his disease. With a good leading and supporting cast and a well-written script, “Quiet Victory” will make you look at the power of sports with other eyes. ‘Triumph of the Heart’ focuses on the relationship between football star Ricky Bell and Ryan Blankenship, a disabled boy. The movie follows how the young boy becomes an inspiration for Bell when he was diagnosed with rare muscle disease in the prime of his career.  Directed by Richard Michaels and written by Jeff Andrus, ‘Triumph of the Heart’ is a truly inspirational drama about an unlikely friendship.

Winner of an Academy Award for Best Documentary Feature, ‘Undefeated’ follows the Manassas Tigers football team, an underfunded and underprivileged football team that thanks to coach Bill Courtney fights against all odds. This inspirational documentary is not only about football but also about the important lessons that a team sport can teach. The real dreams and real problems portrayed in it are going to reaffirm your faith in human nature and make you love football even more. “Undefeated” is a brilliant movie that all families and avid football followers across the world should watch. 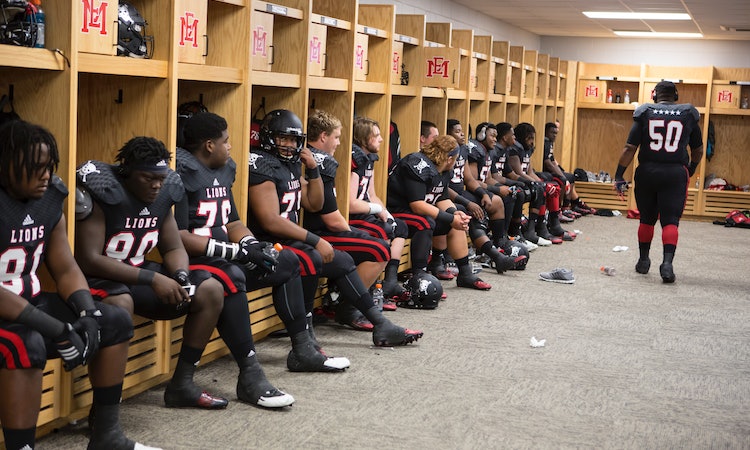 ‘Last Chance U‘ is a very interesting look at the life of student-athletes. It follows a group of young men, at East Mississippi Community College (EMCC), training to become the future stars of the NFL. If you are a football fan, ‘Last Chance U’ will keep you engaged from beginning to end. Director Greg Whitely did a fantastic job of capturing the highs and lows on and off the field of these young men. Because of that, you will quickly become invested in the different coaches and players and their stories. 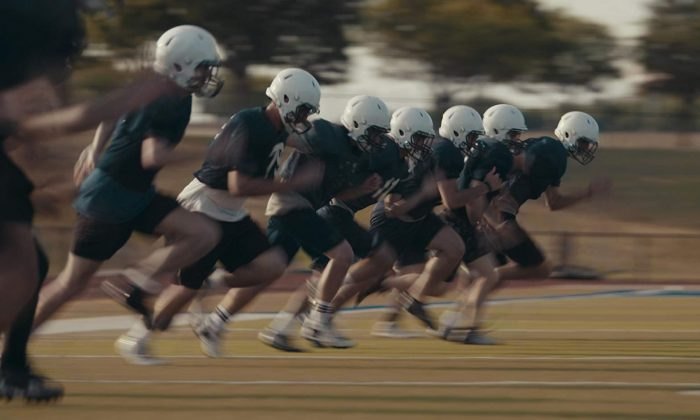 Written and directed by Rob Smat, ‘The Last Whistle’ is a sports drama film which centers around a high school football coach called Victor Trenton. A coach well-regarded for his passion for the sport, Trenton is someone who is always pushing his players to perform to the best of their abilities. His training sessions are extremely intense, and the players find it really hard to cope up with his demands on the field. When one of the players of his team passes away, the student’s mother and most of the school’s faculty start blaming Trenton. They believe that his obsession with a victory has led him to overwork the players, and this is the reason behind this tragedy. However, Trenton turns out to be quite an adamant guy and he keeps pushing his players even after this incident shakes the entire student community. The film gives us a peek into the importance of football in Texas besides telling a story that is bound to leave us emotionally drained. 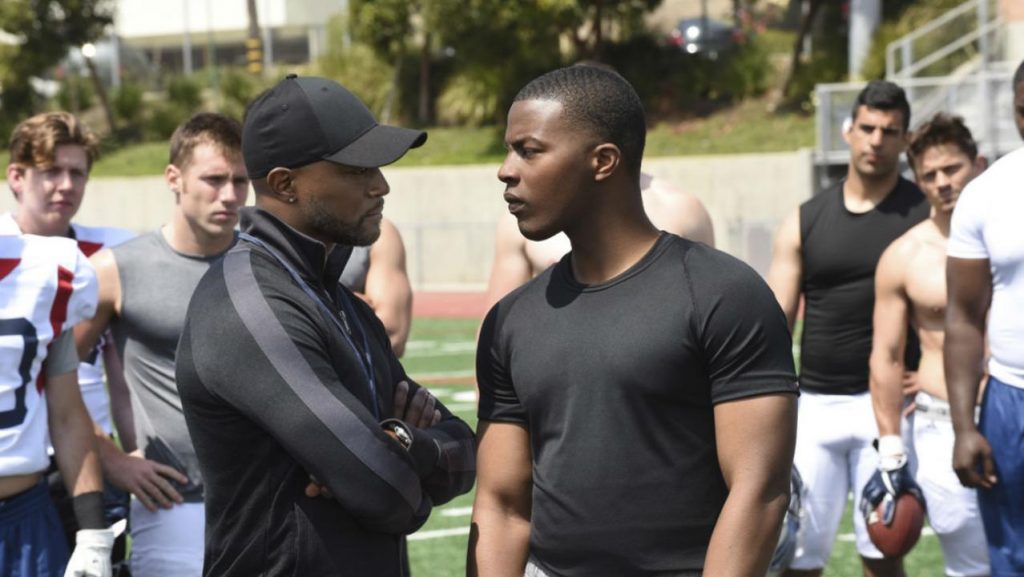 A rather important sports drama series, ‘All American‘ is somewhat inspired by the life of retired footballer Spencer Paysinger. The central character of the series is a footballer called Spencer James who has grown up in Crenshaw all his life. He used to be one of the star players of Crenshaw High School before he takes a transfer to Beverly Hills High. Having grown up in southern L.A. all his life, Spencer is not at all used to the posh localities of Beverly Hills. Even in school, the class divide between him and the other students becomes quite apparent. Now this young teenager has the tough job of leaving his past behind and making a place for himself in his new team. You will not come across many sports dramas that deal with such serious issues of economic and class divisions within a single city and tells us how this can play a huge factor in shaping a player’s life and mentality towards the game. 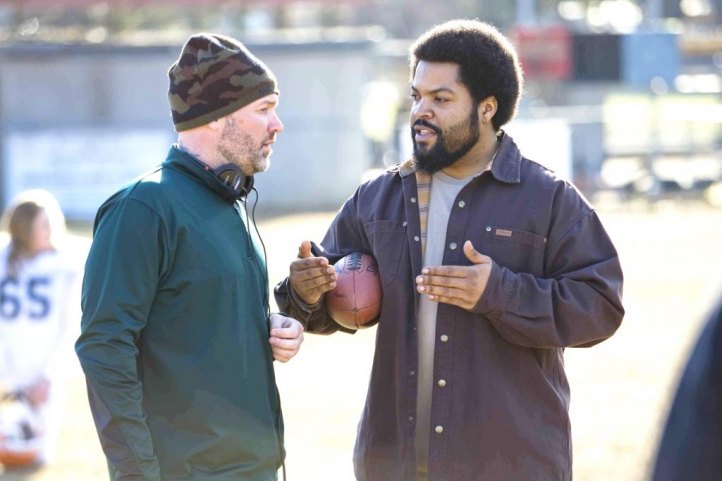 Fred Durst, whom we all better know as the frontman of the iconic rock band Limp Bizkit, is the director of this film. The story of ‘The Longshots’ is based on the life of Jasmine Plummer. Ice Cube plays the role of Jasmine’s uncle Curtis, a former footballer who has not been able to make much of his life or career. With nothing much left in his life which can make him feel important, Curtis decides to teach football to his small niece Jasmine when he discovers that she has a talent when it comes to throwing a ball. Curtis then encourages Jasmine to enter a local team but is dissuaded by the coach who believes a girl will never be able to fit into a team of boys, especially in a sport that requires a high amount of physicality. However, both Curtis and Jasmine are not the sort of people who will give up easily. While it is true that the film is somewhat formulaic, we cannot ignore the fact that if a feel-good movie is made properly, it makes for a rather interesting watch.