Movies based on real life, fictional, organised and unorganized crime have an almost unexplainable traction when it comes to audience. There is a reason why true crime docu-dramas, or movies on serial killers, even mere confession tapes by a few of them have so many takers in the audience, despite the crimes being deplorable acts of violence against hapless victims. Maybe it’s the details, or the very basal human response to anything that is a forbidden fruit, or in this case, heinous and considered inappropriate: to be drawn towards it.

Movies on organised crime on the other hand have been some of the best ever made in the history of cinema, including ‘Goodfellas’, and of course, ‘The Godfather’. With respect to the sheer quantum of movies belonging to the genre out there, including the past, the present, and the ones yet to come, it is safe to say that as is the very nature of crime and society, movies based on crimes too aren’t going anywhere anytime soon. Alas, the utopian dream is still as far-fetched. For now, however, streaming services like Prime Video, that are busier than ever in expanding their libraries of content, host a bunch of films that you can check out if you have the taste for crime thrillers, organised crime dramas or true crime accounts. So, here’s the list of really good crime movies on Amazon Prime that are available to stream right now.

Matthew Vaughn has a certain directorial style of his own by now, which is commendable given how young he still is as a director. That style can primarily be linked with comic books, stylised violence and fast paced action that have over the years become rather characteristic of his films; but ‘Kick-Ass’ is where it all can be termed to have started. The premise here is interesting: a regular guy, a high school student, decides to become a superhero even when he has no necessary means, training or reason to do so. His chosen path leads him to cross paths with some bad guys and another vigilante duo. The movie is a fun ride with some brutal action and mildly irreverent comedic bits. Nothing more, nothing less. 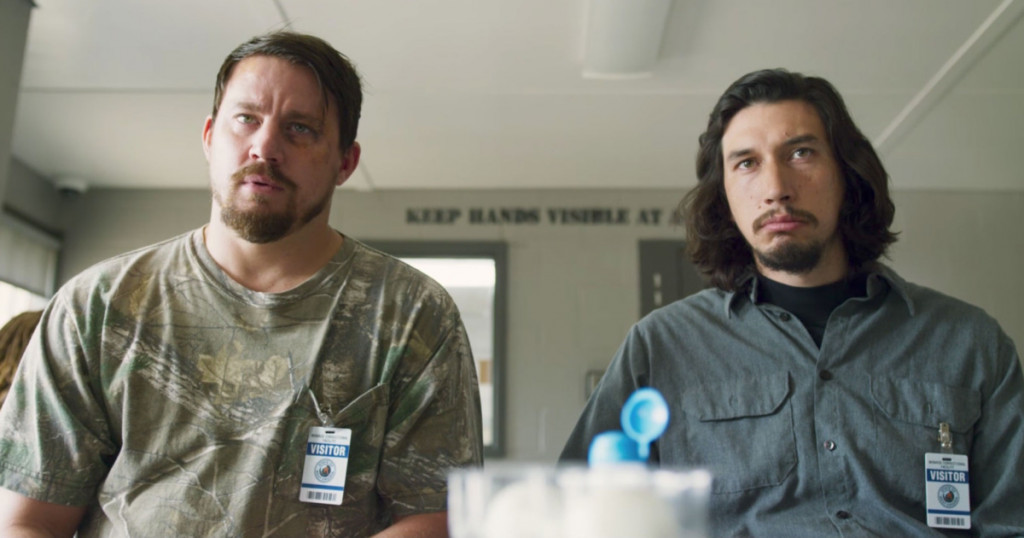 A winning script, one hell of a cast in Adam Driver, Channing Tatum, and Daniel Craig, and a return to form for Steven Soderbergh: ‘Logan Lucky’ is one of the most entertaining heist/caper films of recent times. The story is about two brothers (Tatum and Driver) who plan to rob a speedway during a NASCAR race after one of them is fired from there, with the help of a convict currently serving time (Craig). I stumbled across this one with the sheer desire to watch something laidback and chilled out. Wasn’t disappointed. 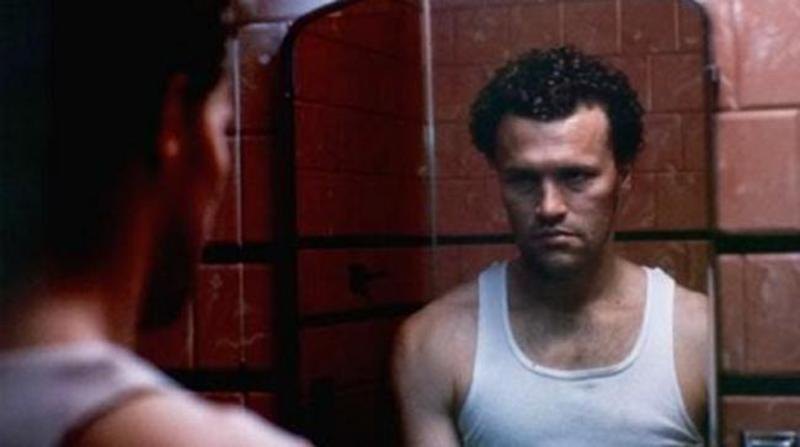 If it isn’t all in the name of the film, take this for a fact: ‘Henry’ was among the two movies responsible for having the MPAA revise its X rating to NC-17, implying non pornographic but adults only films. Even years after its release, it is unsurprisingly cited by many as the most realistic depiction, if not the best, of a real psychopath. That very notion is up for a debate every time it is discussed, yet ‘Henry’ unequivocally manages to numb every muscle and sense in the body, and knowing that the two main characters in the movie, the killers, are based on actual people sends shivers down my spine.

The film doesn’t provide any commentary on the nature of the killings, doesn’t encourage them or condemn them, doesn’t even attempt to deconstruct what lead Henry to commit those murders. It just shows them from the perspective of an omniscient non visible bystander, and you become that when watching the film. A mere bystander witness to the horrid happenings. I don’t feel that the confining medicalization of psychological terms can ever truly encompass what the behavior in the film can be classified as, but this was one sickening watch. 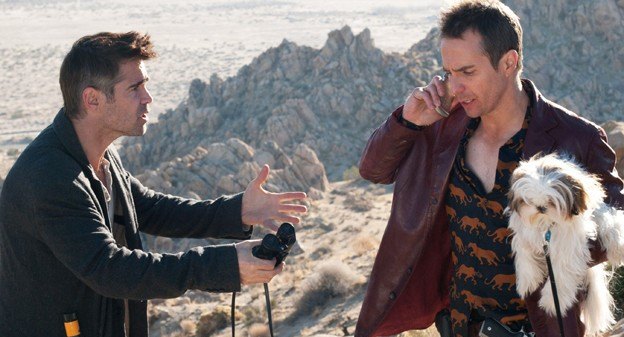 One of the few films on the list that brought a smile on my face, along with an occasional chuckle or two at its sadistic, firebrand kind of dark humour, and I am a complete sucker for those. The film boasts of bringing together a stellar ensemble cast including Colin Farrell, Sam Rockwell, Woody Harrelson, and Christopher Walken, all of whom, especially Rockwell, appear to be having a blast, and that adds a lot of levity to the plot and the outlandish violence that is often characteristic and accompanying of a dark comedy of this nature. The ludicrous plot of the film should be reason enough to invest your time in this, but if you have seen the rather excellent ‘In Bruges’ by the same director, Martin McDonagh, you will get it, and love it for what it is. 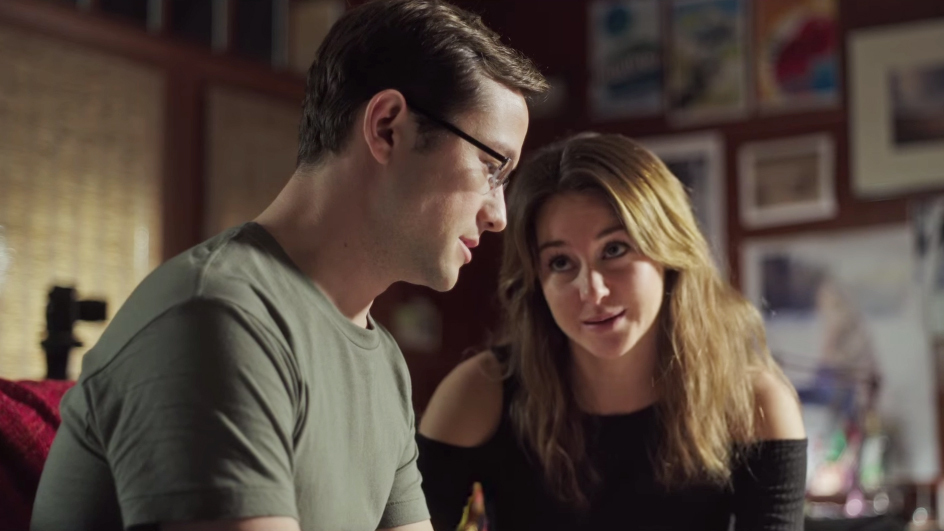 The privacy of citizens and data security are topics that hit too close to home for the citizens of the modern world, more than anything. In that, Edward Snowden and his story remains an enigma for the world. A messiah for some and traitor for others, ‘Snowden’ is his story, and how he brought the NSA’s illegal surveillance techniques to light in front of the world, when he leaked thousands of classified files to the press. As of date, Snowden remains in Asylum in Russia as a fugitive from the US. The film documents all of this, and the ambiguity at the very core of Snowden’s actions in effective fashion. One of Oliver Stone’s better works with an unmistakable political tone, the crime in ‘Snowden’ is data theft: whether by the authorities or by Snowden himself to expose it. Whatever rocks your boat, really. 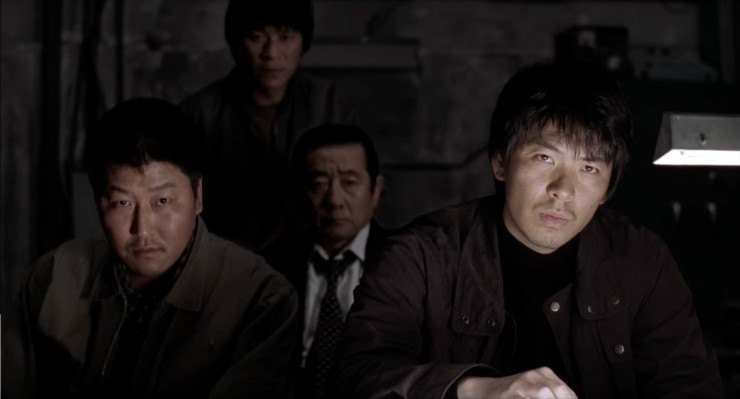 I haven’t quite seen a lot of Korean cinema, but if someone were to ask me the most obvious choices to venture into it, ‘Memories of Murder’ would definitely rank among the top 3 accompanied, of course, by ‘Oldboy’ and ‘Mother’. Its closest Hollywood counterpart would be Fincher’s ‘Zodiac’, but ‘Memories of Murder’ is still unlike a lot of serial killer films you would have seen. Tense, atmospheric, with near perfect scores in almost all technical departments, ‘Memories of Murder’ should be on your watch list for more than a few reasons, two of which I just listed above. 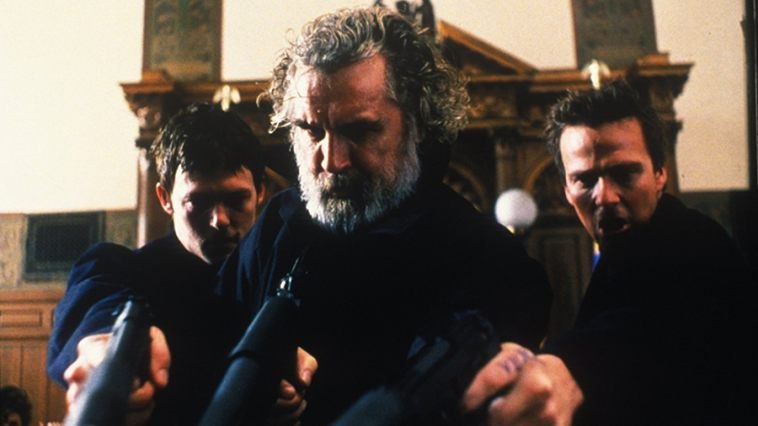 ‘The Boondock Saints’ has a plot that is fascinating to say the least, and is one of the better examples of action-comedy-crime films from the 90s, the decade responsible for popularizing the sub-genre in the first place. Among Willem Dafoe’s best works who stars as a detective hot on the heel of two catholic brothers who have turned killers, knocking off mafia thugs one by one, ‘The Boondock Saints’ is a stylistic victory more than anything, touching on themes of faith, brutality, altruism, and humour in unmistakable fashion, one that surely belongs to the Tarantino school of thought. Watch this if you are in the mood for some old-testament justice. 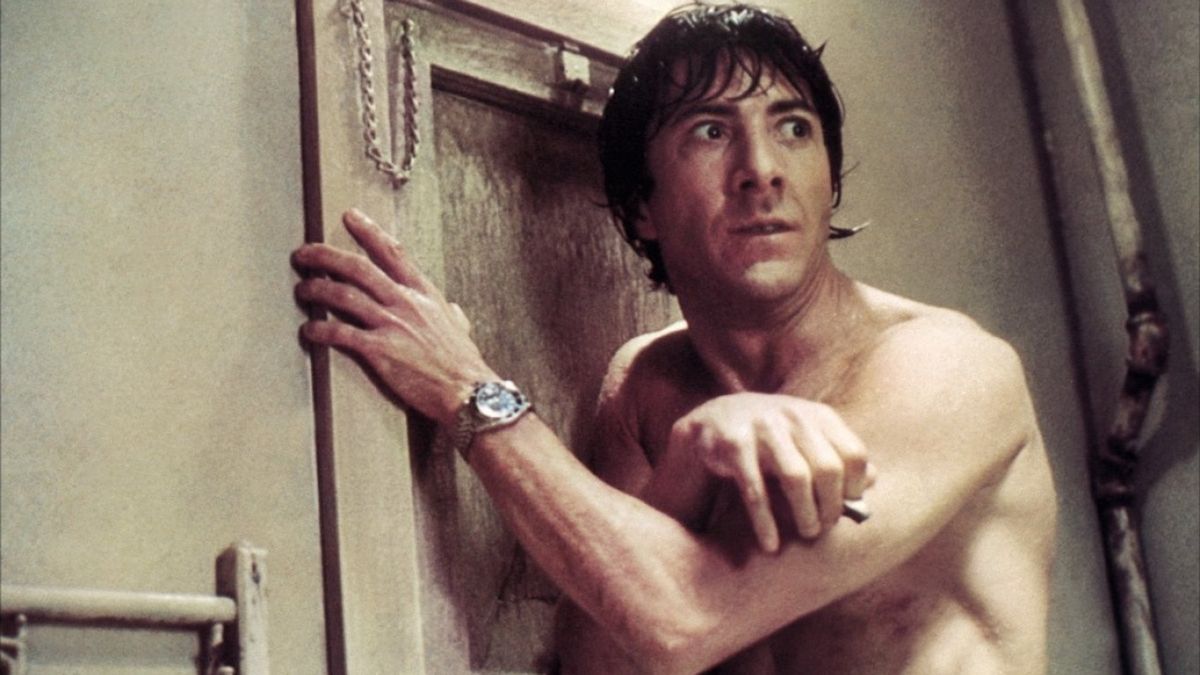 If your next trip to the dentist didn’t give you jitters after a viewing of ‘Marathon Man’, did you even see the same film as I did? ‘Marathon Man’ is the quintessential 70s paranoia thriller, and a slow burning one at that, delivering well written thrills in effective fashion, one after the other. Probably one of the most fascinating plots of the 70s for me, involving a graduate history student seemingly caught up in the middle of an international conspiracy, ‘Marathon Man’ is essential viewing. It takes a little time to take off, but when it does, it’s truly nerve wracking. 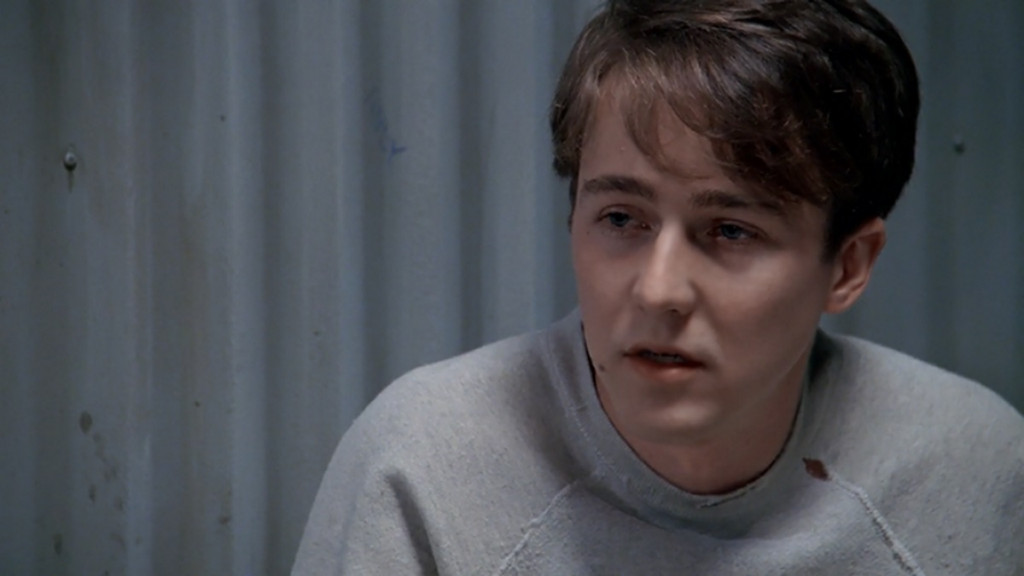 Edward Norton’s chilling performance is the very heart and soul of this crime drama. The story is centred around a young altar boy named Aaron (played by Norton) who is charged with the murder of the archbishop, and a big-shot lawyer who takes up his seemingly unwinnable case. With crime and deceit at the very core of it, ‘Primal Fear’ has murder, twists, some courtroom drama, psychological tensions with Aaron’s dissociative identity disorder, and possibly everything that can keep you glued in a film of this nature. 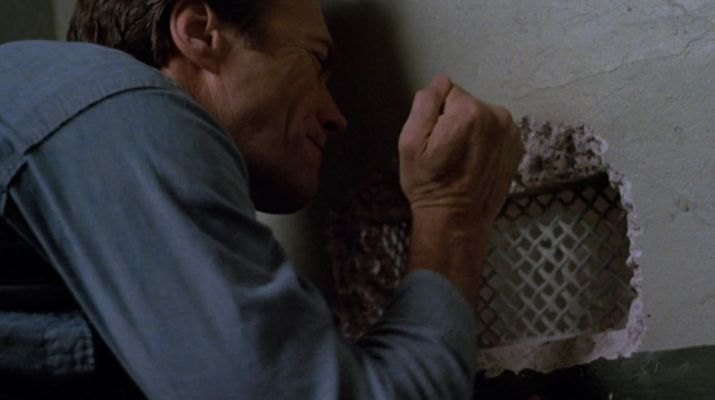 It wouldn’t be too far-fetched a statement if I labelled this the torchbearer of prison escape films. Probably the least exciting yet the most effective in its sub-genre, and I say that in good measure, since the film’s slow burning narrative seemed to work for me, ‘Escape from Alcatraz’, as you may already have guessed is the story of three men who attempted to escape the Alcatraz prison, the most secure one of its time, and succeeded. The prison was infamous for housing some of the most notorious criminals in American history, including Al Capone, Whitey Bulger and James Kelly. The exciting thing? The story behind the film is true.

‘The Blues Brothers’ is one of the rare classics that has aged extremely well and doesn’t feel dated even today, except, of course, the obvious changes time is bound to bring along, despite the film being close to four decades old now. The film has an exciting plot, some quirky dialogue, even bits of slapstick humour and some well executed action scenes, especially the car chases. The one film from the 80s that defined ‘cool’, before ‘Fight Club’ swooped in for the 90s. 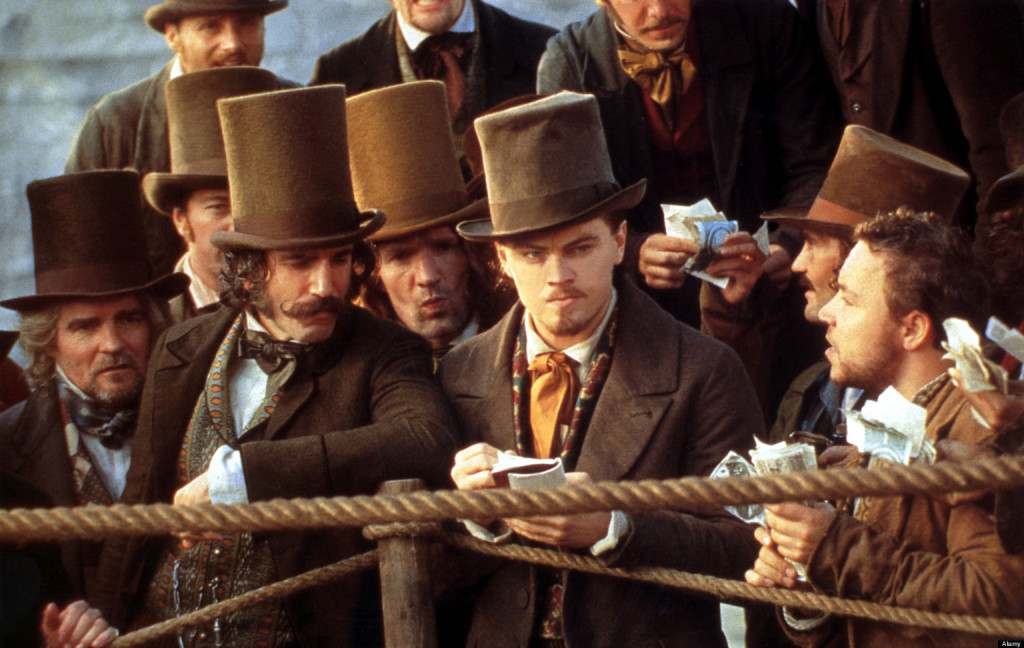 The second time within a day when I am quoting the film as part of a recommendations list. ‘Gangs of New York’ is worthy of being placed among the top entrants of many lists, but none perhaps would suit it more than this one. One of the many fruitful collaborations between Scorsese and DiCaprio, but more importantly, the second and final collaboration between Scorsese and Daniel Day-Lewis. Again, there is a ton of other reasons why you should catch the film, but if Daniel Day-Lewis’ extraordinary performance hasn’t been one of them yet, let’s be honest, none of the others would hold.

Among the very best of atmospheric thrillers from the stable of Hollywood, ‘Zodiac’ is dark, jarring, puzzling and absurdly intriguing, exactly like the murders, still unsolved, and the infamous Zodiac serial killer, still not caught. The film takes a more journalistic approach to studying these murders behind some amazing leads in Jake Gyllenhaal, Mark Ruffalo and Robert Downey Jr. but that shouldn’t for one second throw you off if you are a fan of tense and taut thrillers. Easily among Fincher’s best, and probably a tad bit underrated too, ‘Zodiac’ wouldn’t leave you with a wide gasp at the end with a revelation, but it is hair rousing throughout.

The sheer number of classics on this list is an impressive feat, especially for Prime Video and the genre itself. Coming back to the list at hand, there is little I can add to glorify the American cinematic monument that ‘Chinatown’ is. A masterclass in most departments of film including writing, the dialogue, the acting, and especially the cinematography by John Alonzo and the direction by Roman Polanski. Classic neo-noir that holds up till date, ‘Chinatown’ is a delightful watch for the ages, and I’m sure will continue to be so in the years to come.

The more sombre entrant among all the crime films here, the crime in ‘12 Angry Men’ has already been committed when it starts. The film is an absolute golden account of the courtroom proceedings that follow, and what a jury consisting of 12 men bring to the table in a case with the defendant on death row for the alleged murder of his father. A bonafide classic, perhaps the greatest courtroom drama ever made and definitely among the best films to have ever emerged in the history of cinema. Advocating it feels like a blasphemy to its name.