16 Best HBO Shows of All Time

Long before online streaming sites like Netflix and Hulu came into picture, there was one channel that used to produce ad-less quality content with surprising consistency. Even today, HBO is known to be a benchmark in small screen space. With the advent of Netflix, HBO has got real competition at their hands. You only have to look at number of Emmy nominations to understand which way the wind is blowing. But I am sure, HBO is going to up its game to match Netflix’s growing clout. The good thing about this whole pseudo war among the TV channels is that the end winner is always going to be us, viewers.

Over the years, HBO has produced some of the greatest shows ever to have graced the small screen. It has an enviable resume of vibrant shows from different genres, all donning their respective cloak and standing on their own feet without much visible interference from the studio. You can find all of these shows from HBO’s suite of services quite easily. With that said, here’s the list of top HBO shows ever made.

Lena Dunham’s brilliant characterization of a young, independent, and a somewhat lost girl took ‘Girls’ to unprecedented heights. In an otherwise uninspiring story-line, which is languid at best, the characters breathe new life onto the screen. It is their brilliance, especially Dunham’s, which keeps the show alive and running. In a sense, the nudity is representative of the free spirit that younger generations have, or crave for, to lead their lives in an extraordinary fashion. Also, a huge shout-out to Adam Driver, one of my personal favorites currently in the business, who was a phenomenon and a delight in the show. 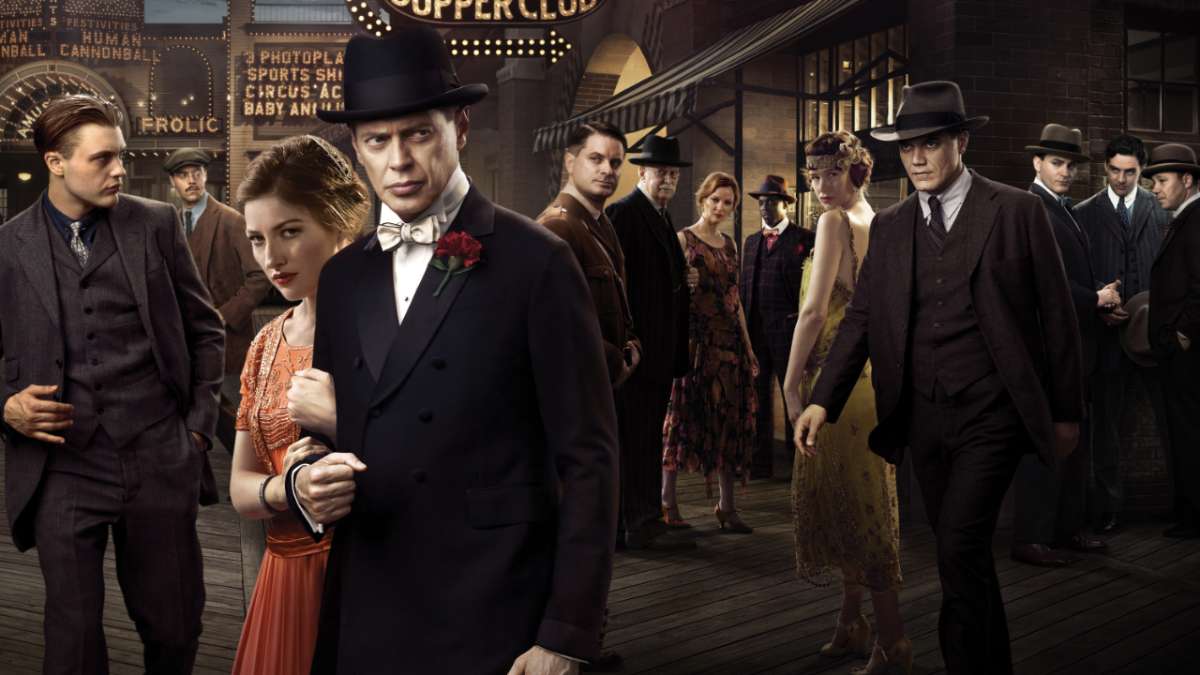 ‘Boardwalk Empire’ is a periodical drama centering around the prohibition era of the 1920s and early 30s. An excellent Steve Buscemi leads the show as Enoch ‘Nucky’ Thompson, who was inspired from historical criminal Enoch L. Thompson. The show chronicles the rise of Nucky to a political figure controlling the Atlantic City, New Jersey. With each seasons, we witness him handling political tensions, nosey federal government agencies all the while being the Messiah of the commoners. The show is noticed for its authentic portrayal of historical milieu and characters. 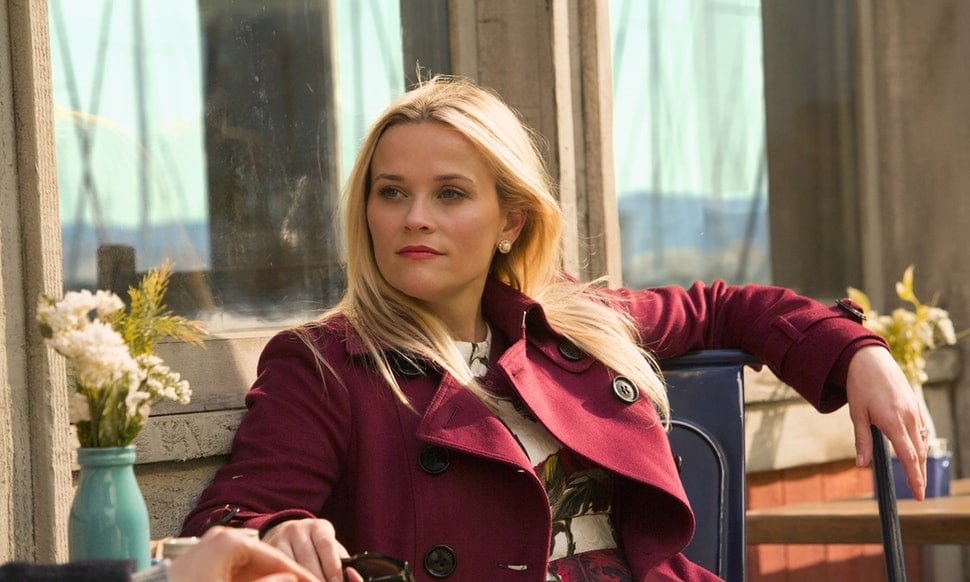 Based on the bestselling book of Liane Moriarty, ‘Big Little Lies’ was another success story of HBO when it was released in 2017 and went on to win numerous awards following it. At the heart, the story unfolds personal trauma, emotional conflicts and moral deprivation while masquerading as a whodunit. The series opens with a murder in Monterey, California where five first graders’ families are embroiled into the investigation. With each episodes, new dark secrets and familial dramas are unraveled. The ensemble cast includes Reese Witherspoon, Shailene Woodley, Nicole Kidman, Alexander Skarsgård, Laura Dern and others and the narrative of the show is brilliant. Even though it was originally advertised as a miniseries, the second is due in 2019.

As much as it may remind you of ‘The Big Bang Theory’, we assure you it’s vastly different from the aforementioned sitcom. ‘Silicon Valley’ is comedy series focussing on five men starting up their company in Silicon Valley, CA. It all starts with Richard Hendricks creating an app called Pied Piper. The show is great on its satirical quotient and never misses an opportunity to expose the shortcomings and struggles of startup practices of silicon valley. Even though it may come across as a very geeky show on the surface, ‘Silicon Valley’ never loses its comedic edge. 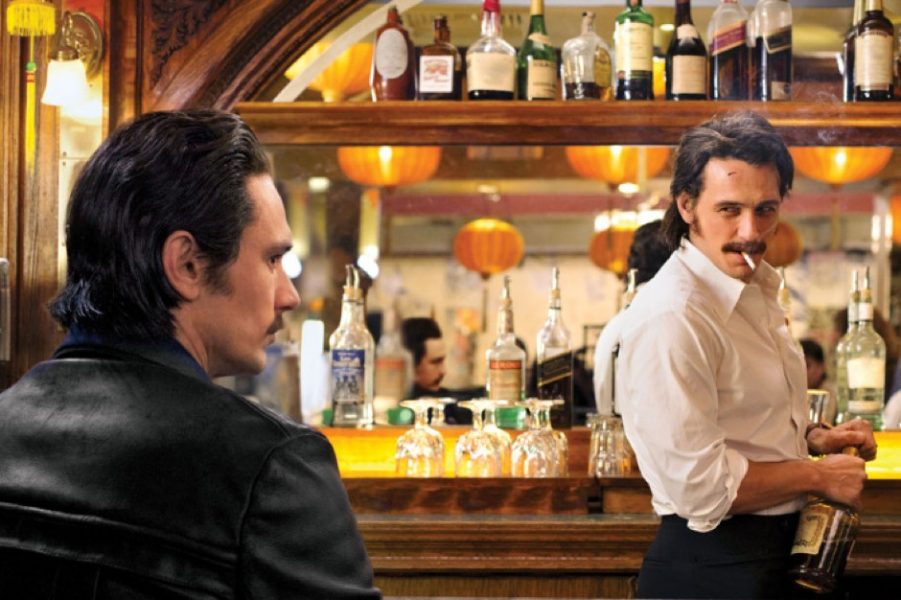 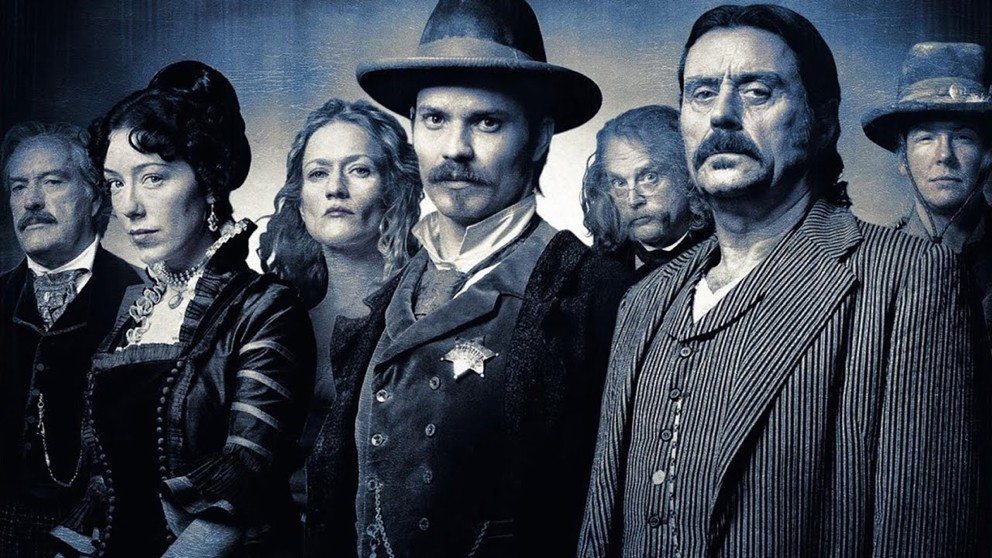 An overlooked series that should’ve deservingly gotten a longer run than it actually got. ‘Deadwood’ sets itself in the latter part of the nineteenth century as a western. The show presents the transformation of Deadwood, South Dakota from a camp to a town amidst the annexation. Ian McShane shines along with a huge ensemble cast that drives home the show’s central theme of the emergence of order from chaos with the recurrent symbolism of gold. ‘Deadwood’ features all the tropes of a good western and also includes themes of profanity, violence, prostitution, racism and the crude development of a communion. 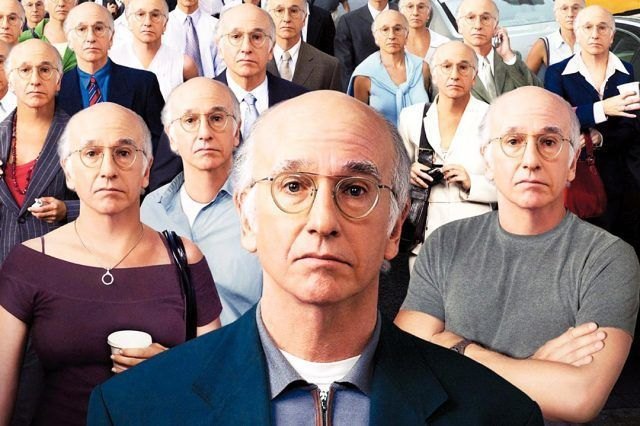 ‘Curb Your Enthusiasm’ is a fictionalized comedy series based on the life of Larry David, the creator of the show who also co-created ‘Seinfeld’. The comedy series features Larry David as his fictionalized self who is a semi-retired TV writer and producer. It also includes various celebrity guests appearing as their fictionalized versions including Larry’s family and friends. It has a lot of meta elements in it considering the fact that it follows cinéma vérité style of documentary where characters are aware of the cameras and the dialogues are spontaneous and improvised (retroscripting). The show follows the obnoxious nature of Larry and his various commentaries on social issues and how he’s more often than not misunderstood because of his awkwardness. 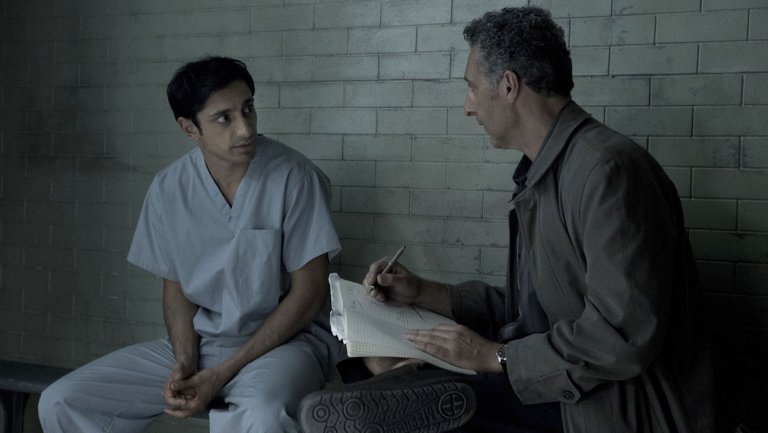 Another mini series from HBO and a crime thriller par excellence. ‘The Night Of’ is all about a man trying to prove his innocence against the system. After a night of hardcore partying, Nasir (Riz Ahmed) picks up a woman whom he finds murdered in the very next morning. Without any notion about the murderer or the reason behind it, Nasir faces the criminal justice system with the help of Jack Stone ( John Turturro). The show is full of mystery, suspense and a lingering sense of despair. 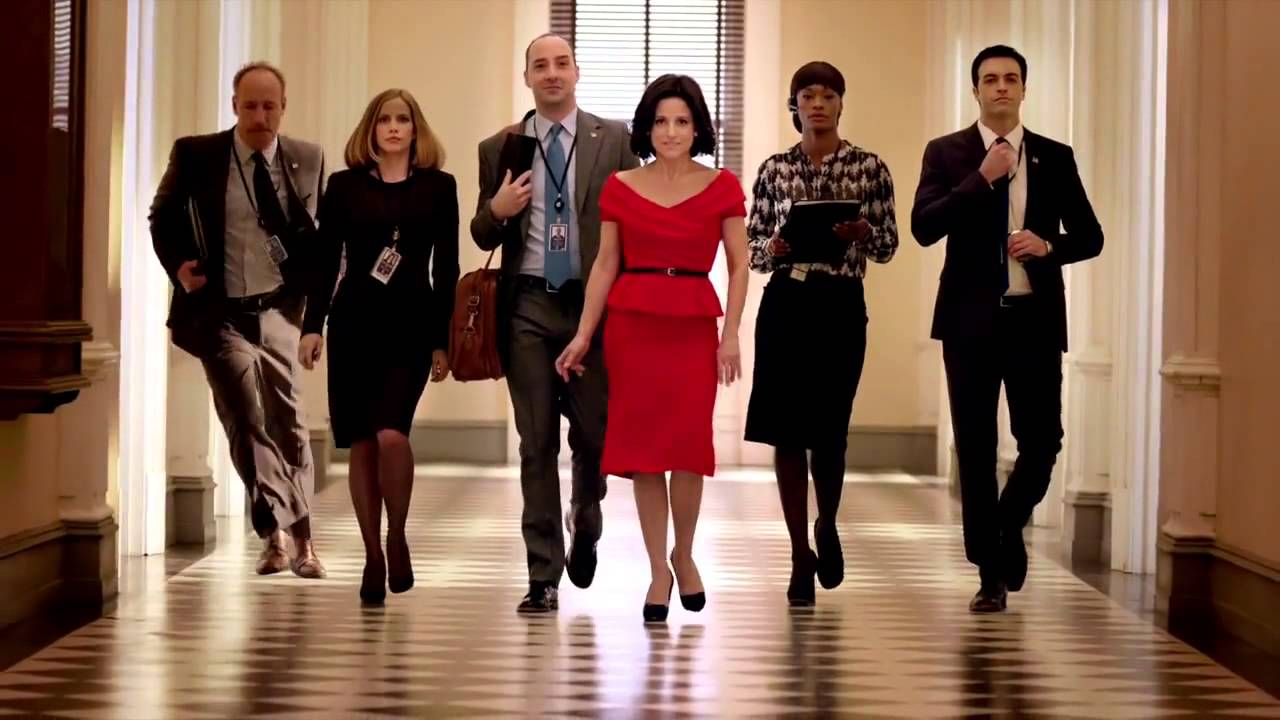 Veep is a political satire centring around Julia Louis-Dreyfus’ character Selina Meyer, a former Maryland senator who becomes Vice President and then the president of the State. The show juggles between the personal life of Meyer and her public and political ascendancy. It showcases the political intrigues behind the closed doors in a very humorous manner. We follow Meyers and her trusted team as she moves forward with numerous political struggles to become the President. 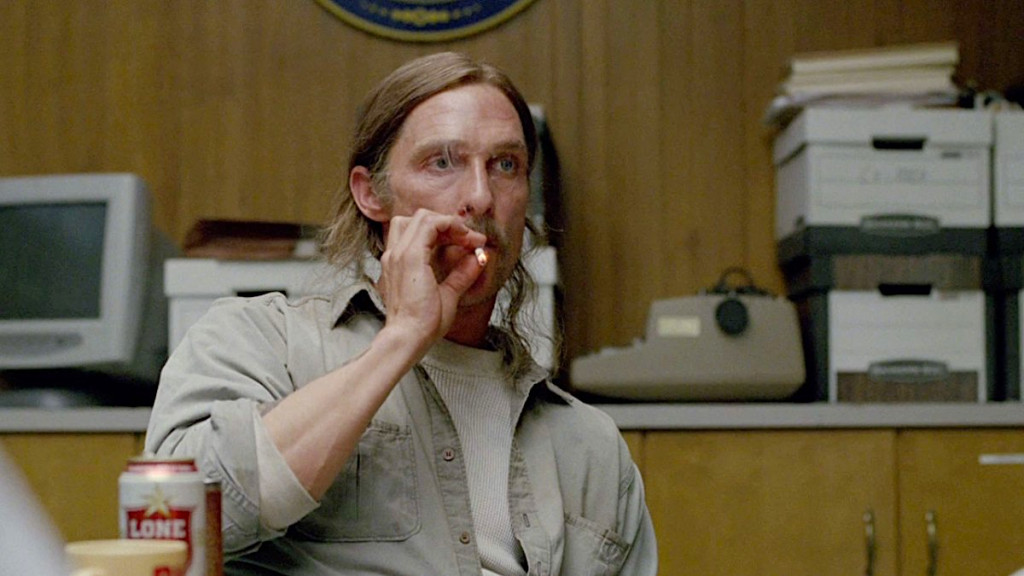 Putting a show like ‘True Detective’ so far down in the list conspicuously hints at the sheer quality of HBO’s topmost shows. The first season was aired back in 2014 and boy did the combo of Matthew McConaughey-Woody Harrelson-Nick Pizzolatto struck gold! The show went off to a flying start with stupendous performances from the leads, especially McConaughey. We are taken through the eerie suburbs of Louisiana when a case spanning 17 years wreaks havoc in the personal and humanistic levels of two investigating detectives. The season contained some of the most quotable dialogues in TV history with an enormous amount of philosophical retrospection. Not that the second season starring Colin Farrell and Rachel McAdams was expected to surpass the high standard of season one, the steep downfall of the show was still unbelievable. Nevertheless, the third season starring Mahershala Ali promises to redeem its lost glory. 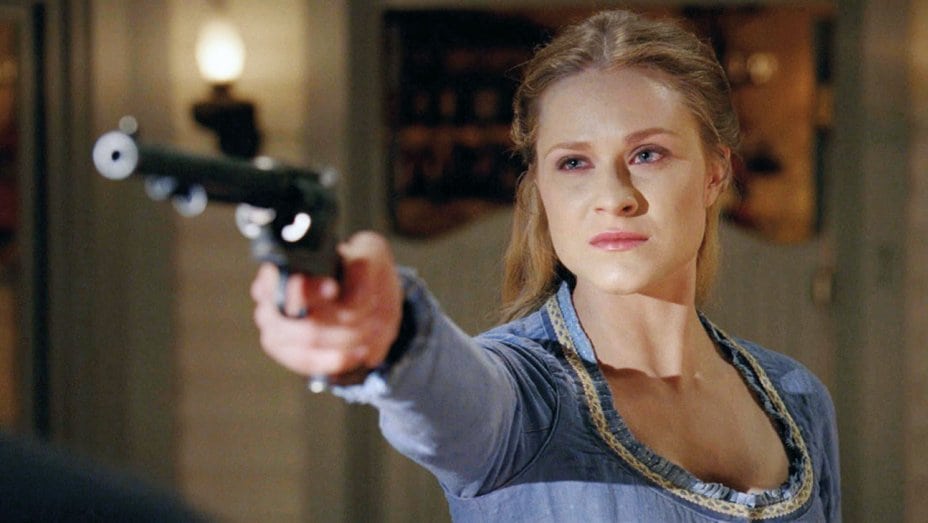 With the impending departure of HBO’s flagship show ‘Game of Thrones’, the studio needed a new show with high production value to match the fame of it, and in came ‘Westworld’. The show is handled by Jonathan Nolan, the often overlooked brother of Christopher Nolan who also acted as a script writer to his brother’s several films. ‘Westworld’ is set as a sci-fi western in a futuristic world where a theme park provides pleasures to uninhibited violent desires of rich guests. It uses advanced robots to replicate a western make-believe world. Things get complicated when certain robots start remembering things of their own past and develop critical thinking and awareness about their existence. Driven by Anthony Hopkins and Evan Rachel Wood, the show is extremely complex (sometimes too much for its own good), full of inverted narratives, raw actions, suspense and philosophical dilemmas. 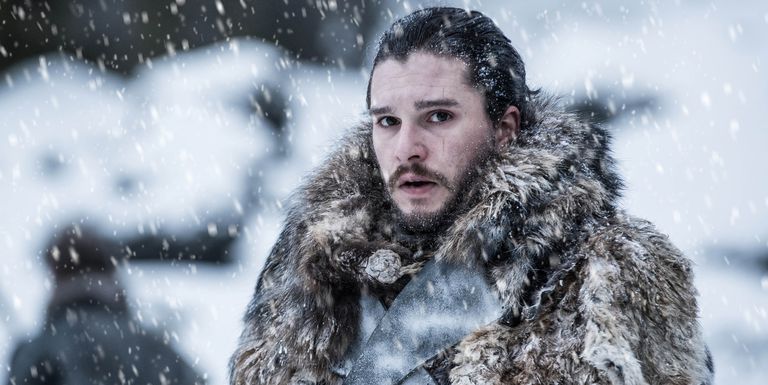 As the most famous TV show in the world right now, ‘Game of Thrones’ needs very little introduction. It is based on George R R Martin’s ‘A Song of Ice and Fire’. For the rare ignorant souls, GOT is fantasy drama based in fictional Westeros where Seven kingdoms fight for the iron throne. The houses are divided by their location, sigil and belief system. Each families have some sort of connection and therefore contention for the throne so that they can rule Westeros. Forbidden love, betrayals, revenges, intrigues, violence and war follow as the members of the houses personally get entangled with each other and bad blood muddies the streets, mountains and ports of it. The show boasts of a huge cast, jaw-dropping visuals, unpredictable twists and few iconic character developments. 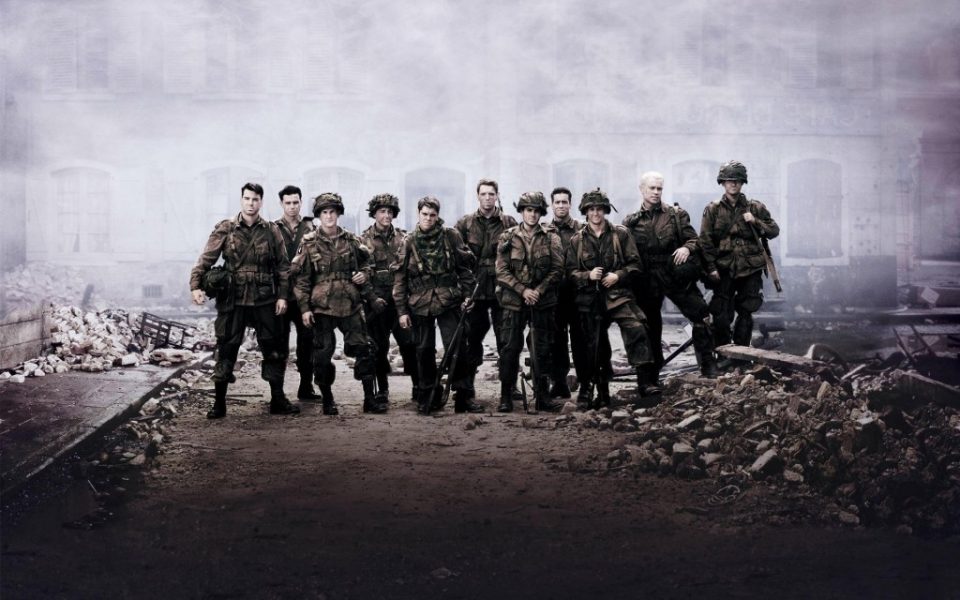 Band of Brothers is one of the best miniseries ever made. Even though ‘The Pacific’ gives it a close run, ‘Band of Brothers’ edges out with the virtue of being the seminal piece of work. Tom Hanks and Steven Spielberg serves as producers after their work on ‘Saving Private Ryan’ to chronicle the journey of an American platoon of paratroopers during the invasion of Germany in World War II. The show provides authentic details about the soldiers, the mental and physical hardships they faced with a direct account of the events from the survivors. It perfectly balances the horror and violence of war with physical and emotional traumas of soldiers and common people stuck in the middle of a war all the while maintaining a detached narrative. The show has set a benchmark for World War II dramas that has remained unchallenged. 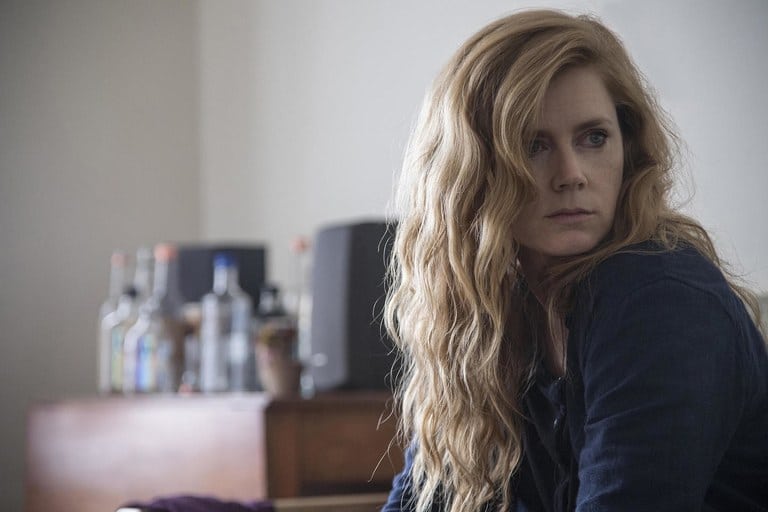 ‘Sharp Objects’ came out in 2018 as a one season miniseries, and it blew people away with its claustrophobic atmosphere and psychological tension. The show features Amy Adams and Patricia Clarkson as the mother-daughter duo at the centre of it. Adams play Camille Preaker who’s a reporter forced to return to her hometown Wind Gap when a gruesome murder of a teen girl and the disappearance of another threatens to re-open the secrets of the community. While investigating the crimes Camille must face the deadly wounds of her past, the death of her sister in childhood and her mother’s overbearing love verging on paranoia for her daughters that made her leave the town in the first place. ‘Sharp Objects’ shows the traumatic substance abuses, self-harm, psychological and familial darkness culminating in a twisted climax. 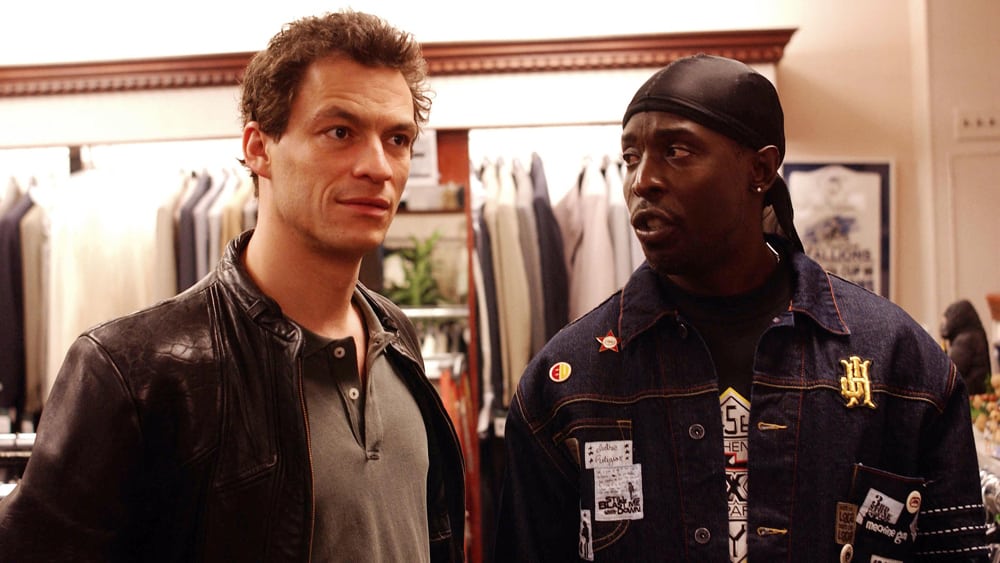 An underrated gem of HBO, ‘The Wire’ holds a significantly high place among prestige TV shows. Based on Baltimore, Maryland, the show delves deep into various aspects and institutions of the city and their relationship. These include drug trade, print media, education system, seaport and the government. Through the portrayal of the city and its various elements, ‘The Wire’ brings to the fore the relationship between individuals and the society’s institutions in a common American city. The show features unparalleled realism, many real life people as actors, the nature of the criminal and justice system, illegal drug transport, corruption, surveillance and other numerous social commentaries. ‘The Wire’ has achieved a cult status long after its run and deservingly so. 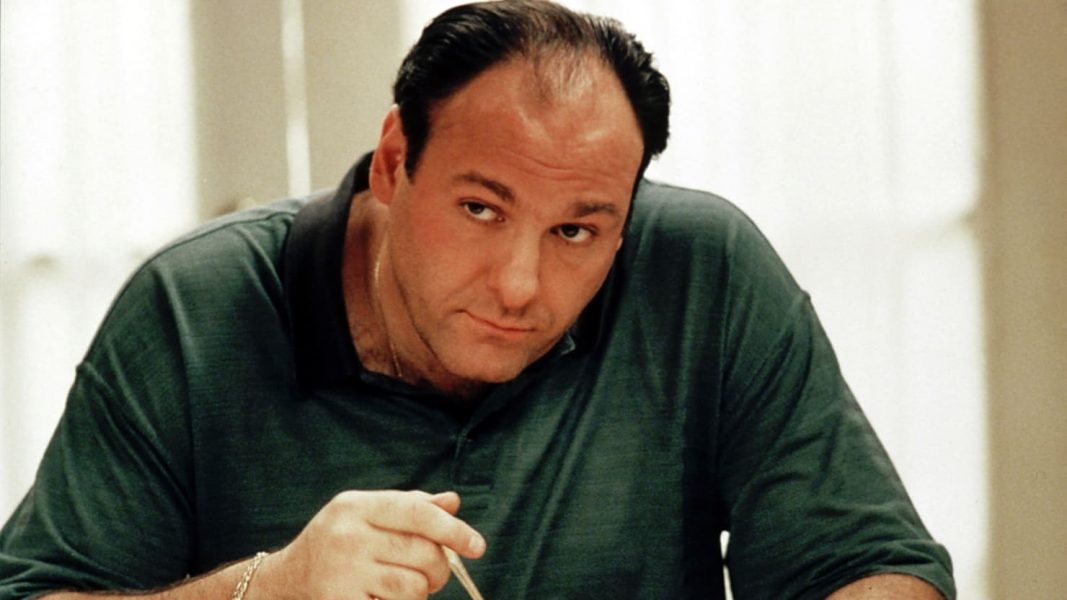 The best of HBO is also one of the best Television shows ever produced. The Godfather of TV, ‘The Sopranos’ follows the New Jersey based Italian crime family, DiMeo. Tony Soprano is the alpha male of the family who has to on one hand balance the needs of his family members and the criminal underworld on the other. He’s a violent brute and a womanizer suffering from recurring depression. Soon his avaricious family members get involved in the crime world with many struggling for power in the underworld. The show is a chilling depiction of crime and punishment and is full of dark humour and iconoclastic characters.