10 Best Historical Movies of All Time 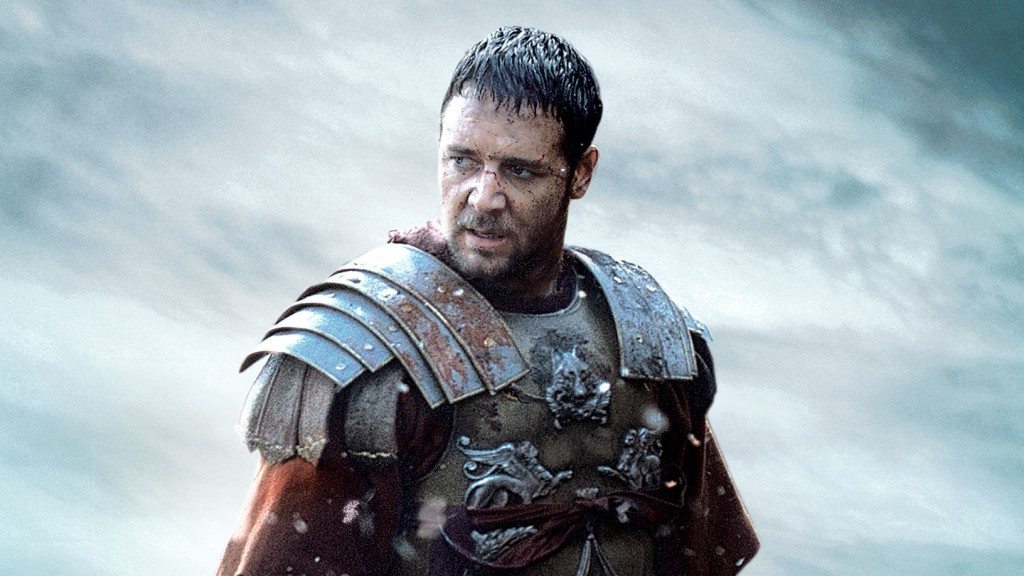 History always tends to surprise us. Movies are an amazing medium to channel the anguish and silent cries of the events that happened centuries before we were born. Historical movies provide us a harrowing peek in the violent and pestilential acts of humanity. It makes us a firsthand witness and takes us on a melancholic sojourn which often evokes visceral and tangible emotions. They have been perhaps the strongest genre to have transcended into modern-day, with teen comedies and rom-coms taking front seat.

Master visionary auteurs like Steven Spielberg and Richard Attenborough took the responsibility to show the way and nurture this genre. The following list (tries to) canvasses the top historical movies ever, which remain the best not only in the genre, but also in cinematic history. Many on the list are historical romance movies, while other are historical fiction movies. Some of these good historical movies on Netflix or Amazon Prime or Hulu. Mel Gibson’s epic war drama followed the journey of  William Wallace, a 13th-century Scottish warrior who led the Scots in the First War of Scottish Independence against King Edward I of England. The film opened to critical acclaim, getting eight Academy nominations and going on to win five, including Best Picture. The film is said to be inspired by Blind Harry’s epic poem, ‘The Actes and Deidis of the Illustre and Vallyeant Compiun Schir William Wallace’. The film set new land marks in terms of the magnanimity of the sets and use of thousands of on-set extras. This is truly Ridley Scott’s magnum opus. The film was inspired by the bravado of the virtuoso Hispano-Roman general, sobriquet Maximus in the film, against the evil son Commodus of King Marcus Aurelius, whom he murdered and seized the throne. Reduced to slavery, Maximus rises from the ashes like a phoenix through battling and defeating death in the Gladiatorial arena. The film was universally lauded for its authenticity, the battling scenes and the overall use of aesthetic violence. The film went on to win five Oscars, including the Best Picture. The film is credited to have rekindled the interest in films centered around ancient Greek and Roman culture. The film is about my personal idol Abraham Lincoln’s tumultuous last four months of his second term as the President of the United States of America. It follows his political genius unwrapping and unshackling chains to pass the emancipation proclamation and end slavery once and for all. Directed by the master raconteur Steven Spielberg, the film stars (the greatest ever) Daniel Day Lewis in the titular role and boasts a stellar supporting crew with names like Sally Field, Tommy Lee Jones, and Joseph Gordon-Lewitt. The film truly moved me, and is in part based on the book Team of Rivals: The political genius of Abraham Lincoln, also one of my favorite books. 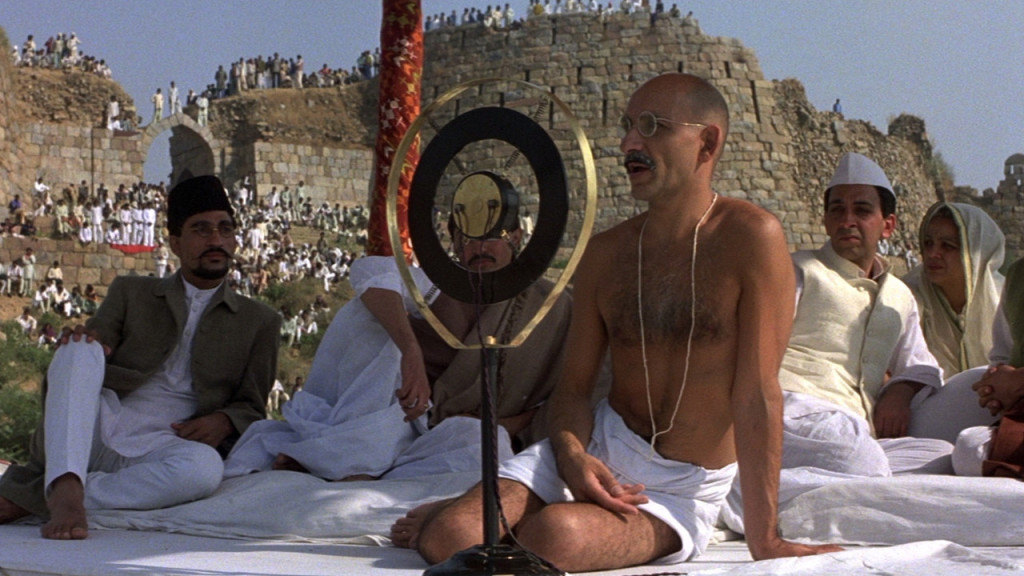 The epic historical drama chronicles the journey of the Nation’s Father, MK Gandhi and his painstaking endeavors to free India from colonial British rule. The film is still considered one of the most historically significant films ever made, ruling the Oscars with a towering eight wins including the Best Picture. Richard Attenborough’s direction came in for critical praise, but the limelight was stolen by his mercurial lead actor, Ben Kingsley, who won universal plaudits and gave cinema its most memorable performance till date. 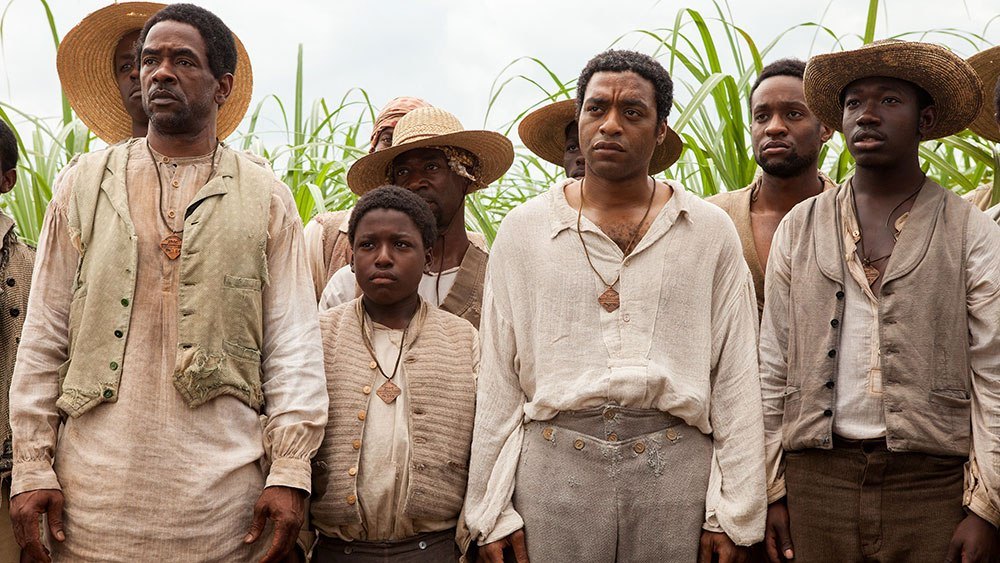 This historical drama is an adaptation of Solomon Northup’s slave narrative, Twelve Years a Slave. The plot centralizes on a free man of color, who is tricked into the slavery business by two imposters posing as job offerers. This painful yet liberating tale of his twelve years in slavery evoke tangible emotions in the audiences. Another film that won the Best Picture, the film was a true to the soul effort from the cast and crew, something we all profoundly loved. One of the best historical movies. Helmed by the mercurial Roman Polanski, this historical drama is based on true war memoirs of a  Polish-Jewish pianist and composer Władysław Szpilman. Nothing in humanity’s history was as inhumane and atrocious as the persecution and genocide of Jews. The film is a winner all the way through, making the audiences cry incessantly, owing to the deft direction by Polanski and a life-time performance by Adrien Brody. The film eventually conquered hearts and awards, winning three Academy Awards in the process.

When I watched ‘The Shining’, I couldn’t stop watching all Stanley Kubrick’s films. The filmography had a perfect ending with this epic historical drama, inspired by the life story of the leader of a slave revolt in antiquity, Spartacus, and the events of the Third Servile War. The master that he is, Kubrick made painstaking endeavors to be meticulous and get a realistic grip of authenticity on the film. The result was one of the greatest movies ever made! This 1959 epic historical-drama held the mantle of the greatest film ever made for a long time. Inspired by true events, Ben-Hur tells the tale of its titular namesake, and his struggles in life. The film was the costliest film ever made at that time, and had the biggest set and production in the history of cinema. The film won a record eleven Academy Awards, setting a precedent which still has yet to be surpassed. The film starred Charlton Heston in the main role and catapulted him into global stardom. The film still is remembered for the epic war scenes, the sets and the highly influential musical score.

Probably the greatest film ever made. Lawrence of Arabia sent shock-waves through the industry with its release. The film garnered a total of seven, out of ten nominations, including the Best Picture at the Academy Awards. The film shadows the life of TE Lawrence, the charismatic British officer who helped the Arabians fight the Turks through tact and strategies. Peter O’Toole, also the most nominated Academy actor without a win, gave a performance if a life time assuming the titular role.  The film is considered as the most influential piece of cinema ever made and is even today remembered as one of the classic masterpieces of David Lean. There have been few films which have moved me like ‘Schindler’s List’. This tragic and harrowing documentation of the genocide of Jews during the World War II, is downright touching and presents a kind of cinema few have ever produced. Widely considered the greatest film ever made, it tells the tale of Oskar Schindler, a ranking German Nazi SS Officer, and his transformation from a shrewd and prudent businessman to a doting and loving messiah of a thousand-odd Jews. The film as expected opened to critical and commercial success, garnering a total of seven Oscar wins. Do watch the film. It will change the way you see and perceive life.