A lot of us have this OCD of checking whether the doors and windows of our homes are closed properly or not. We make sure that out of all the places in the world, at least our homes are the safest. That’s what makes home invasions scarier. The place where you expect to be the safest turns into a nightmare when it gets invaded by someone with not the best intentions. But we love watching the things that scare us the most, don’t we? The universal fear that someone will break into our house makes the movies of the home invasion sub-genre more thrilling than other movies because when we imagine ourselves in those situations, a sense of panic and thrill creeps up into our minds.

Now we don’t know what would really happen if something like that actually happens to us, and we wouldn’t really want to know. But in the movies, homes turn into battlegrounds where everyone is tested on how far they would go to protect the place they call home. Ordinary people heroes to protect the ones they love and also for their own survival. This is the reason why movies like ‘The Purge‘ and ‘Don’t Breathe’ are ranked above others in the genre of horror because they give us the scares and thrills like none other. So if you want to feel what a victim of a home invasion feels like, then you just need to shut the doors, turn off the lights, put on your headphones, go to Netflix and watch these movies listed below. Here’s the list of really good home invasion movies on Netflix that are available to stream right now.

‘Hush’ is the story of a deaf writer who moves far away from the noise of the city to a house that’s located deep inside the woods. She seeks peace and silence with this retreat of hers but her peace gets ruined when one day a masked murderer suddenly appears in her window. Far away from the city, she has nowhere to go but to run away from the killer or even fight back. The biggest problem is that she is deaf, so how will she hear him coming? All this adds up together and gives us the perfect nail-biting thriller, which is silent but very subtly manages to get inside our heads and plant the seeds of panic and fear. This movie perfectly fits this genre and you’ll be holding your breath till the last scene of the film. 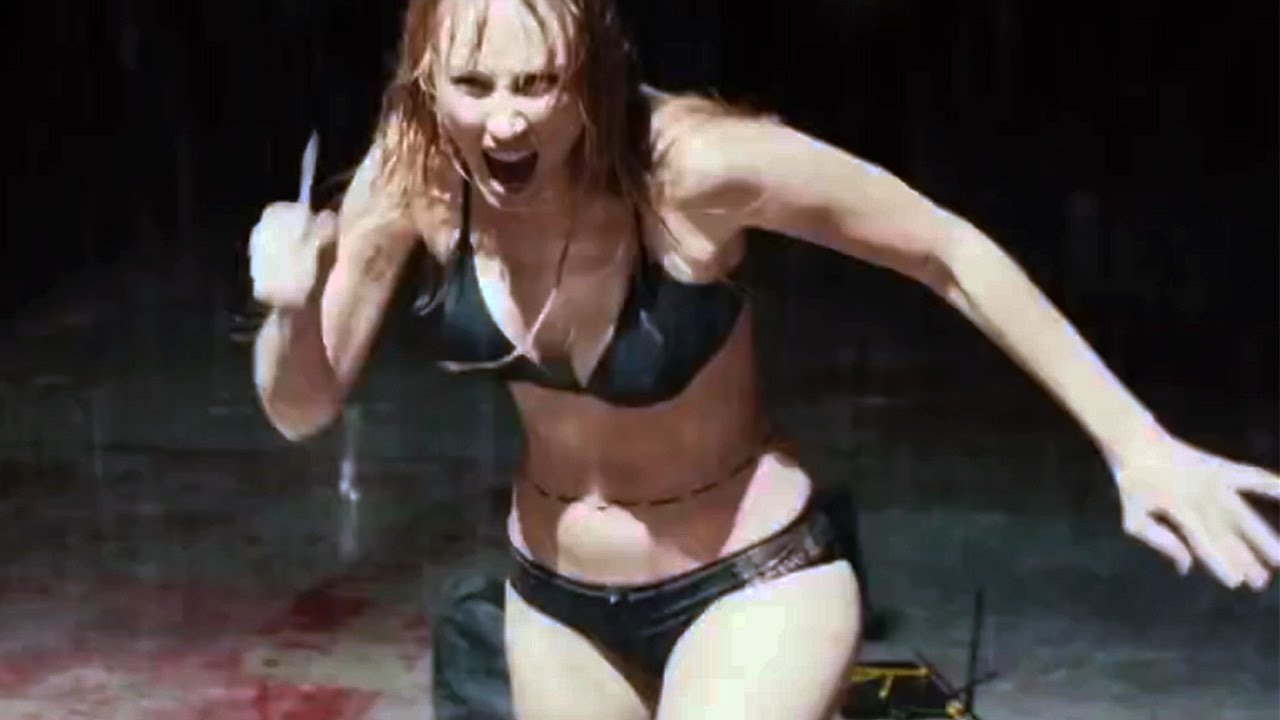 ‘Sweet Home’ is the story of a young real estate broker named Alicia. She runs into a shady isolated apartment building and plans a romantic getaway with her boyfriend. The two witness the murder of the last few tenants that reside in that apartment building and are then forced to run and fight for their lives so that they can see another day together. Like most other home invasion movies, this one, too, has a very typical story which has been executed really well. The name of the movie doesn’t really make sense because they were just trapped in a place that was not even their home. But don’t judge the movie by its name. If you want to watch a typical home invasion movie with a lot of thrill, then you must give this one a try. 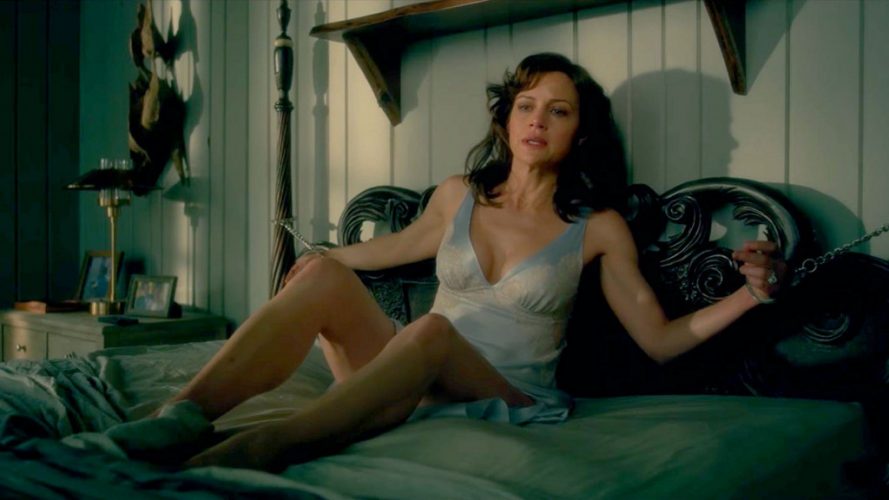 ‘Gerald’s Game’ is a psychological horror based on a novel by Stephen King. It tells the story of a couple who go on a retreat to a faraway place on an isolated boathouse. Everything seems to be going well till the couple decides to spice things up and Gerald, who is the husband, handcuffs his wife to the bed frame. But he suddenly gets a heart attack and he dies, leaving his wife all alone tied up to the bed frame with nowhere else to go.

This movie is not just any other home invasion movie but the impact of one’s own mind in such a situation. It shows how sometimes it’s not an intruder who invades your home but your own mind and thoughts that can keep you trapped. You will be more entertained by the film if you haven’t read the book because that might just raise your expectations out of the whole story to a whole new unreachable level. But even if you have read the book, there will be times when you’ll get the ”Stephen King feels”. 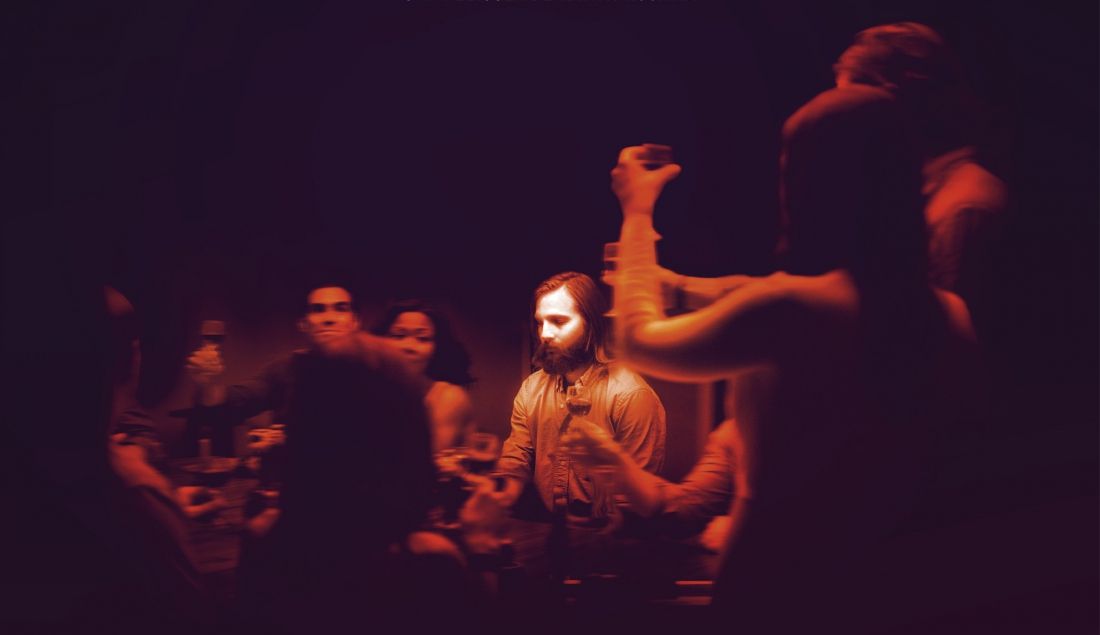 Logan Marshall and his new girlfriend get invited to a dinner party at Logan’s ex-girlfriend and her current boyfriend’s home. Logan had deserted her years ago and her sudden appearance with a new guy inviting him and his girlfriend for dinner seems a little weird, but they go anyway. Upon arriving at the house, Logan starts to get this feeling of extreme paranoia that something is really off about the place and his girlfriend has some sinister plans for him. Even the others present at the party are involved in the plans. An old wave of memories return in flashes as his paranoia soon starts turning into a reality. The movie takes you deep into the minds of almost each and every character and gives you the chills with its thrilling storyline. At times you’ll also start wondering if you’re just being paranoid or if everything you see is actually happening. 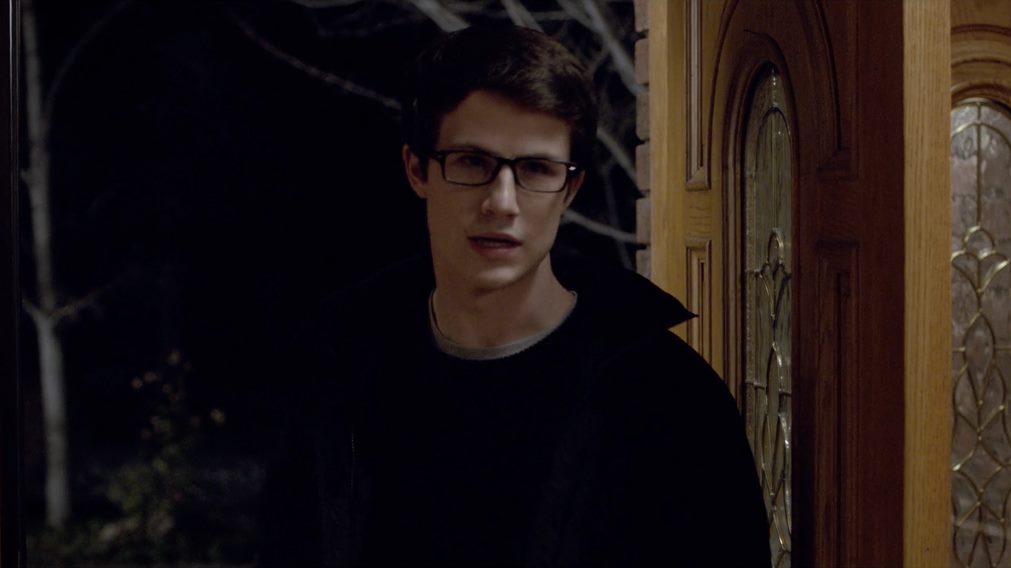 Starring Dylan Minnette from ‘13 Reasons Why‘, this movie tells the story of a young boy, Logan, who moves into a new house with his mother after the death of his father in a car accident. But strange things start happening inside the house which initially seems exciting to them. But soon, everything starts to amplify and the presence in the home makes them question their own sanity. The movie wasn’t really received well by most people who watched it and is surely not among the best on this list. But it still has a decent cast and can be watched once if you’re just looking for something to fill in your time.

‘Mercy’ tells the story of four brothers who return home after ages to say their final farewell to their sick mother. But as they spend more time with their dying mother, her hidden motives start to resurface. While the secrets of her past unleash through the night, the bonds of the family with each other are put to an ultimate and test and reach a point where the four brothers are forced to fight for their survival. The movie has some good twists along the way and a good conclusion at the end. Overall, it’s not all that bad and definitely worth a one time watch. 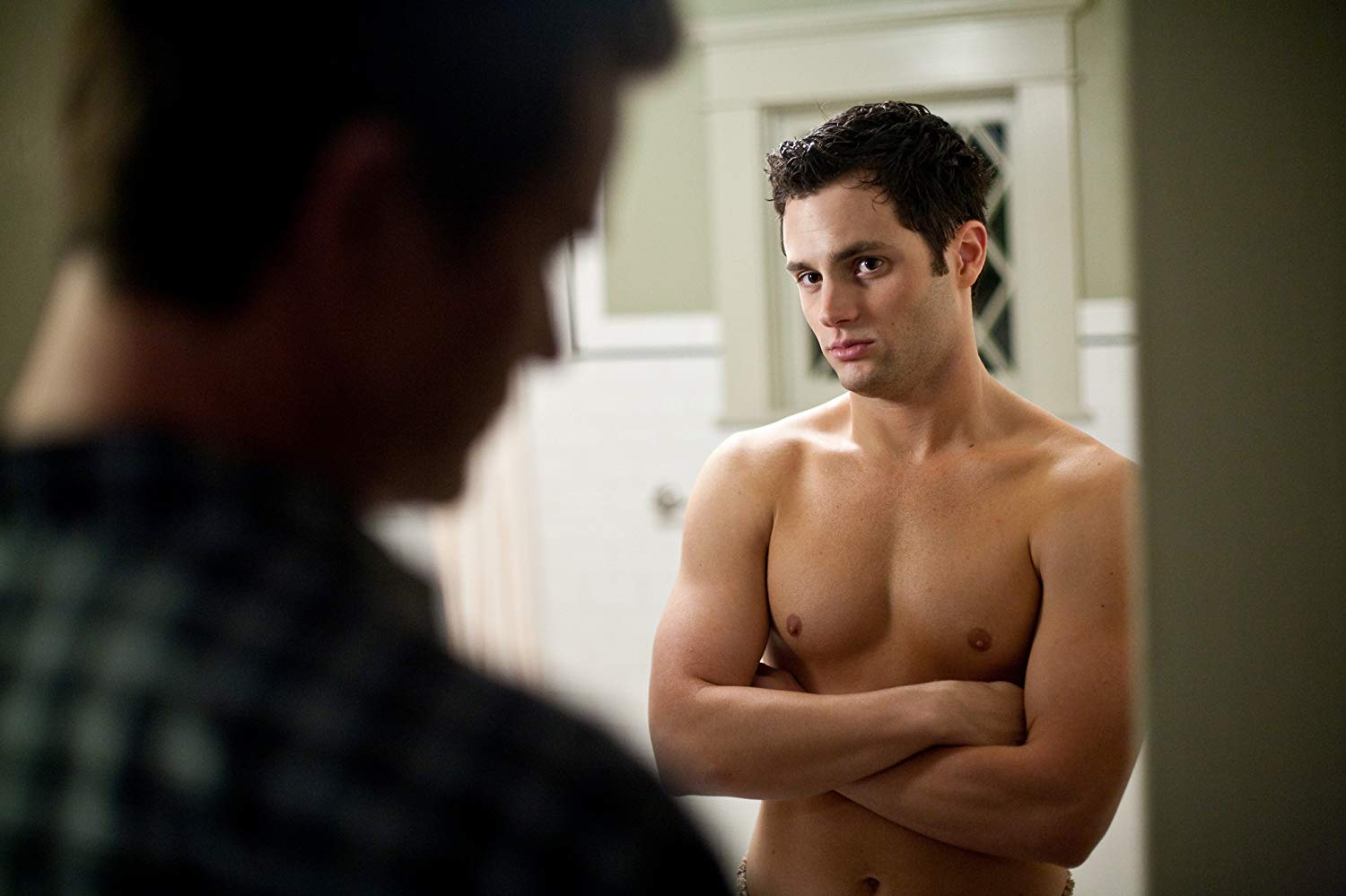 Young Michael returns home from military school after a long time. Upon returning, he finds his mother happily staying at their home with her new husband, David. Dave seems really cool initially and even Michael’s siblings seem to like him. But the more David gets to know this man, the more suspicious he gets about his intentions. Is Michael just being paranoid or does David really have a dark past that he has hidden from all of them? If full-blown horror is not your thing yet, then this 80s remake would be a great place to start off. 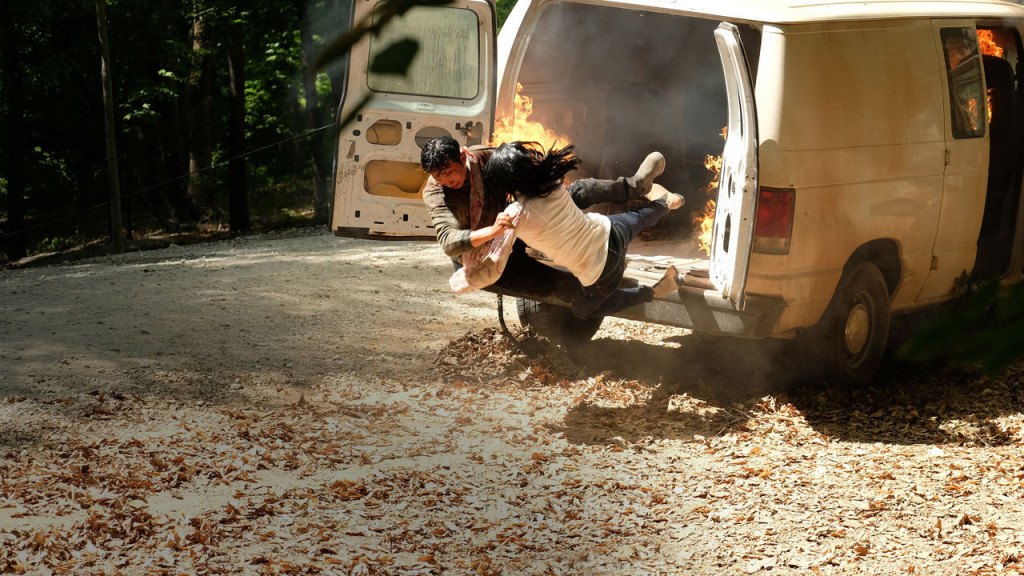 ‘Edge of Fear’ tells the helpless story of a man who gets stabbed in the chest by a bunch of invaders. But he still doesn’t lose hope. In spite of being outnumbered by the intruders and bleeding excessively from the knife dug deep in his chest, he tries his best to protect his family from the murderers. The film gets really slow at times but follows a very interesting storyline with a small twist at the end.