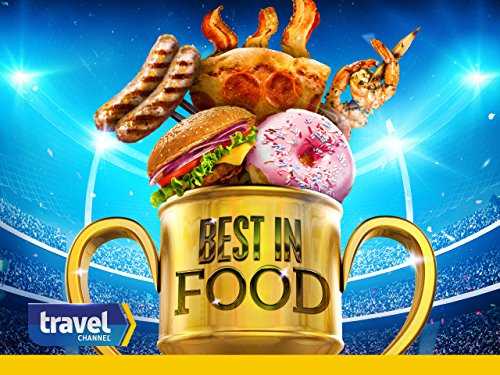 Are you a foodie? Are you a connoisseur of continental dishes? Are you none of these, but you have an adventurous spirit and like exploring cross-country cultures and cuisine? If to any of these, you answered yes, you will definitely like Pink Sneaker Productions’ Best In Food. The show premiered in March 2018 and has received wide acclaim – a hit for both the audience and the critics, and with good reason. Best in Food is a series of region-based culinary competitions which covers one region of the US in each daily episode. There’s never a day dull with Best in Food with its top-notch food and wacky recipes to spice it up!

Best in Food Season 2 Cast: Who’s in it?

There is a good chance that famous chef and cookbook author Sue Graves will return as a judge, as well as pie director Linda Hopkins, given the show gets renewed for a second season.

Best in Food Season 2 Plot: What is it about?

Travel Channel’s new top show in the culinary category, Best in Food synergizes the essence of American reality TV with the literal best in food, highlighting the nook and crannies of each major city in the United States that they are known for. With each episode, it covers one region and one specific area of dishes that is famous in the region and draws a pool of hundreds of speciality chefs to fight a battle of ingredients. The show covers several niches – a culinary competition, addressing new and exciting traditional or off-beat recipes, complete with a pan-American road trip vibe, with something new to keep every day exciting. The chefs who have mastered their craft in one particular dish all tussle for the grand prize of ten thousand USD cash (plus bragging rights too, nonetheless).

The competition results in eliminations. In the first episode in season one, the crew travelled to Las Vegas, where the International Pizza Expo had drawn more than 200 chefs who were experts in making pizza, in every step from casting the dough to giving a unique personality to the crust, topping, and flavour. The most exciting division was, of course, the eccentric and creative entries in the ‘non-traditional’ category, where three chefs entered the final to be the ‘Pizza Maker of The Year’. A similar pattern is followed roughly in all the episodes, and the prizes vary with each episode, too, e.g. S1E2 covered an Atlanta-wide Burger-flipping competition, where the grand prize was $5000, and a golden ticket to World Food Championship. The show as such covers most of the widely popular foods in America, including but not limited to: a pie and cake competition in Orlando, steak cook-off in Magnolia, a Nebraska state BBQ championship, seafood in Orange Beach, a Sand Diego bacon fest, or a sweet freak desserts race in Miami. It strives to bring these daily and apparently commonplace dishes to the pinnacle of ultimate perfection.

However, with more food left to be cooked, rolled, baked, and steamed until it’s the best of its kind, and more cities left to explore in the US, so in all likelihood, we may see an all-new season of Best in Food in 2019, if not later. And if and when it is announced, there is no reason not to be excited to see your favourite dish bested with a twist of the local taste!

Best in Food Season 2 Release Date: When is it coming?

Although the stakes are high and the show’s reception has been mostly positive, its renewal has not been officially confirmed. We are yet to learn of any announcement or an official premiere date. We will update this section as we receive news, so do keep an eye out.

No trailer for a season 2 of Best in Food has been released yet. You can watch Season 1 here.