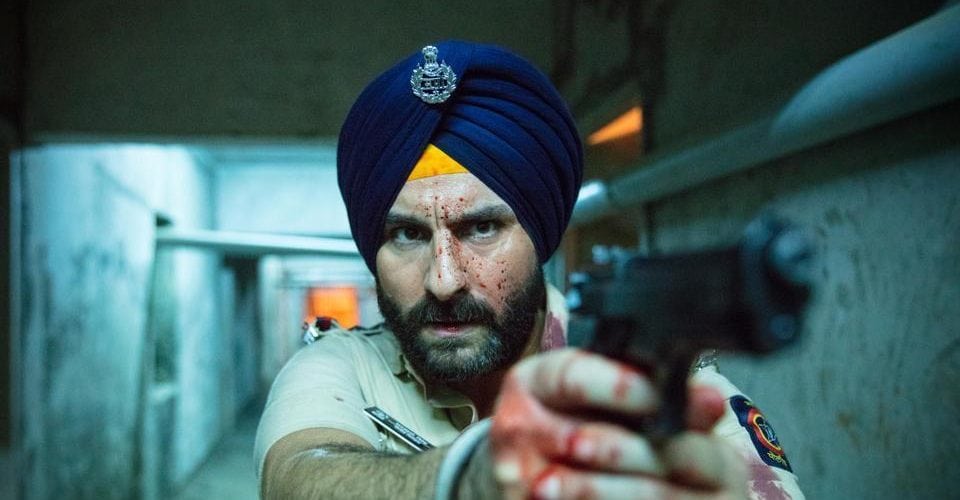 Netflix, today, is making more television than any other network out there and is operating in 190 countries. Among these, India happens to be one of its most lucrative markets. So it comes as no surprise that the streaming giant relentlessly collaborates with Indian producers to keep them local content flowing. It all started with Original films like ‘Love Per Square Foot’ and ‘Lust Stories‘, followed by the first monumental Indian Netflix series ‘Sacred Games.’ And now, just two years after Netflix’s arrival into the Indian market, the streaming giant is brimming with not only original content but also with great shows that went unnoticed on local networks.

Even in 2020, while the rest of the world has come to a halt, the streaming giant continues to stay ahead of the game and grow its offerings to viewers from all over the world. Indian shows, in particular, have had a reasonably decent year as well. So if like the rest of us, you’re staying at more than you ever did and you’re struggling to decide on which Indian Netflix show you should binge on next, we are here to offer you a helping hand. We’ve put together a list of best Indian shows you can stream on Netflix. 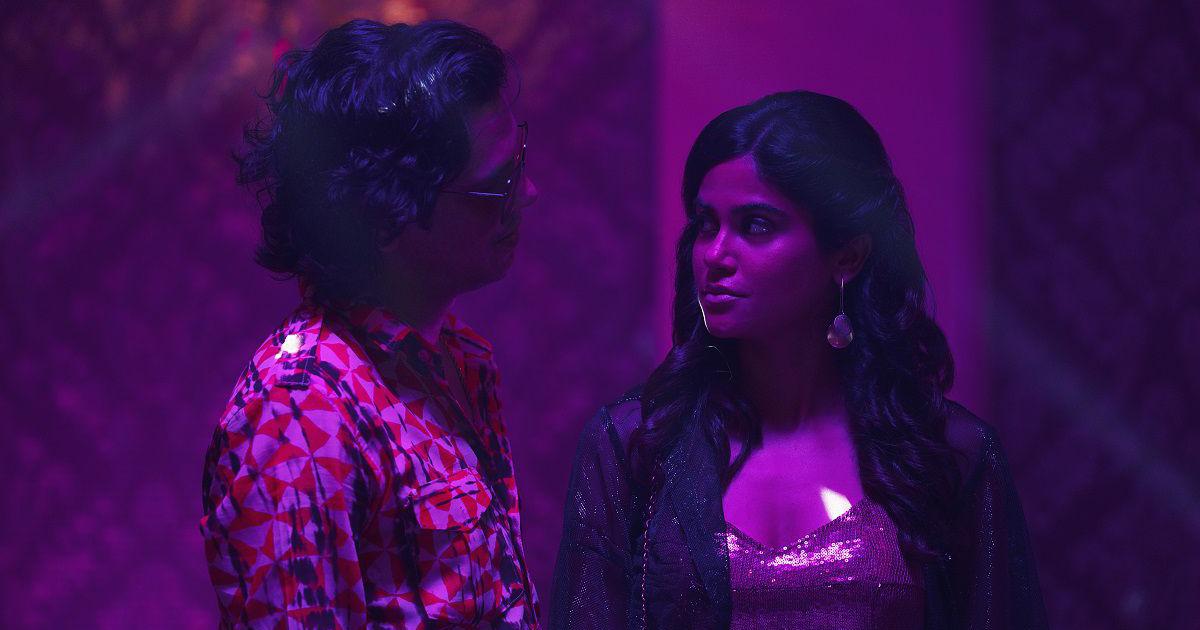 Created by Imtiaz Ali, ‘She’ walks you through the cathartic journey of Bhumi, a lady constable who is forced to pose as a prostitute during one of her crime-solving endeavors. But what starts as an uncomfortably covert mission, soon leads to an empowering sexual awakening for the cop. ‘She’ is somewhat of a mixed-bag that is weighed down by its formulaic approach and well-intentioned but questionable subtexts. However, it is powered by its brilliant performances and because of the potential that it shows, it makes it to this list…barely.

Quick-paced, action-packed, and meticulously written—espionage thrillers allow us to become armchair spies. And that’s one big reason why we just can’t get enough of them. Netflix’s ‘Bard of Blood’ is another appreciable offering to the genre. It follows Kabir Anand (Emraan Hashmi), who teaches literature after being excommunicated from the RAW. But when four Indian spies get captured by the enemy forces in the arid lands of Balochistan, RAW sends him on a secret mission to rescue them. With what follows, Kabir not only struggles to execute the mission but also faces the demons of his past. ‘Bard of Blood’ abounds in several espionage stereotypes, and the ones who are well-versed with spy classics like Tom Clancy’s Jack Ryan and James Bond, won’t take too long to identify all the inspiration that ‘Bard of Blood’ draws from them. Even so, the show’s references to real historical events, geopolitical tensions, and overall performances are enough to keep most viewers intrigued. 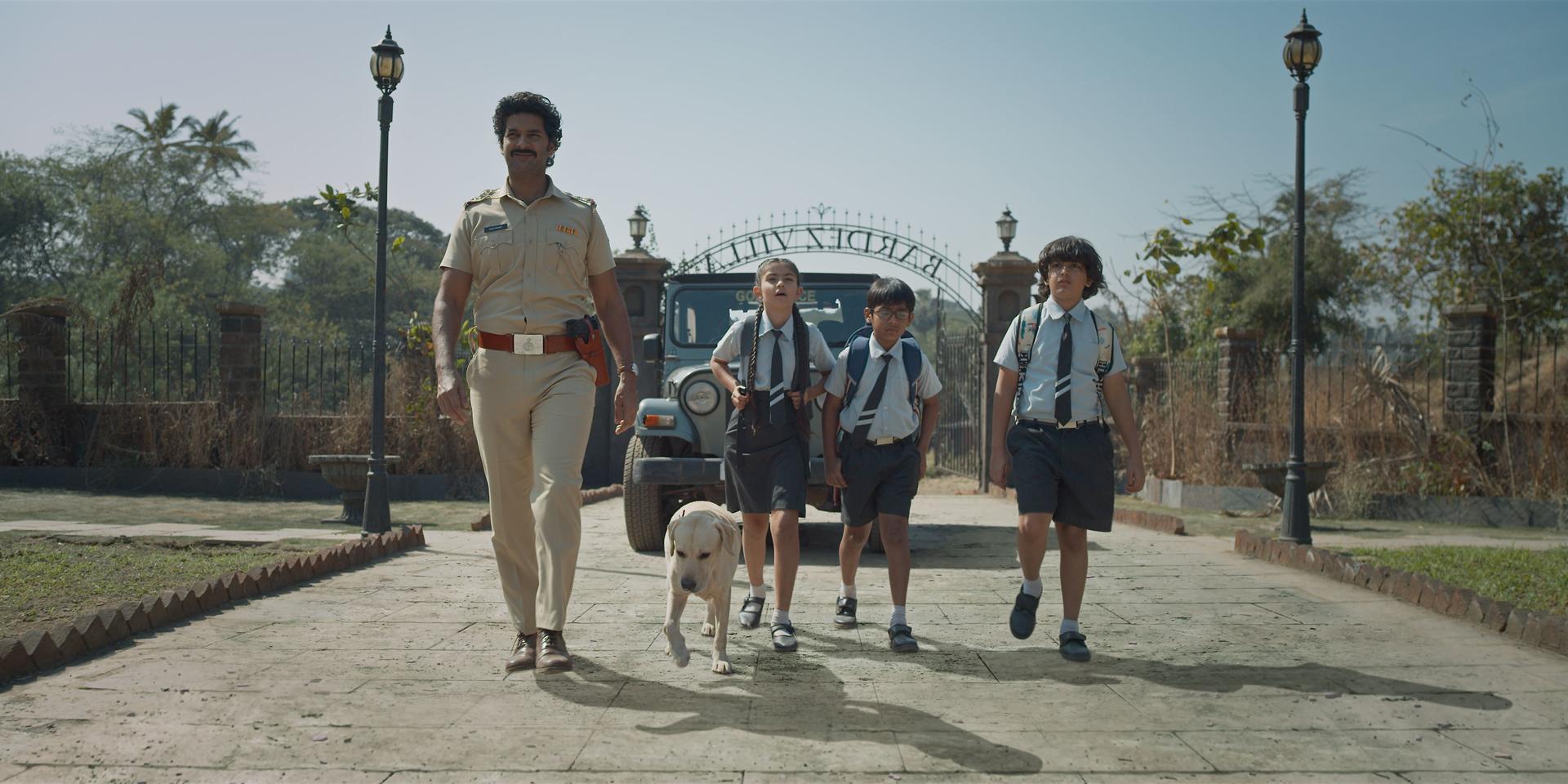 Set in Goa, ‘Typewriter’ centers on a kids trio—later joined by a fourth—who playfully start their very own Ghost Club and even embark on a harmless adventure to investigate a rumored local paranormal activity. Little do they realize that their quest will eventually resurface the buried dark secrets of their town. From starters, ‘Typewriter’ creates the perfect quaint atmosphere with its meticulous set designs. And considering how Sujoy Ghosh did something similar with ‘Kahani,’ it isn’t surprising how the show’s mise-en-scene very well comes in tandem with its underlying dark themes. Overall, ‘Typewriter’ has a cross-generational charm to it, but don’t be fooled by its paranormal-centric premise as it is bereft of scares and works more as an intriguing mystery thriller. If you haven’t watched it yet, check it out on Netflix. 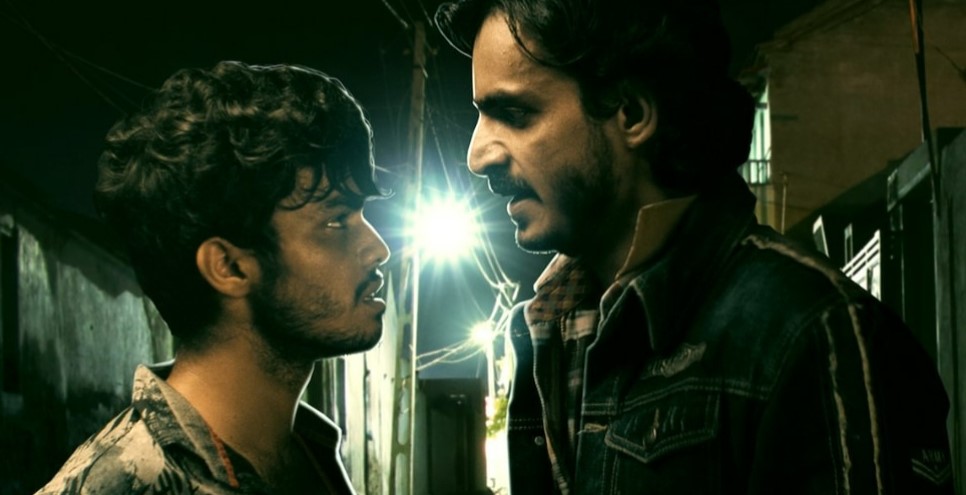 Based on a true story, ‘Jamtara’ revolves around con-artists, Sunny Mondal (Sparsh Shrivastava) and Rocky (Anshumaan Pushkar), who run a profitable phishing business. Sunny wants to marry local English teacher, Gudiya Singh, someday, while his cousin, Rocky, aspires to get involved in politics through his ties with corrupt local politician Brajesh Bhan (Amit Sial). After Brajaesh learns about the money they’re drawing in through their scams, he makes the young boys an offer. But realizing that the politician is up to no good, Sunny takes a step back, which taints his relationship with Bobby. While the dynamic duo goes through a significant catharsis, a newly-graduated IAS officer, Dolly Sahu, sets out to weed out their criminal activities.

Although ‘Jamtara’ is rooted in true crime, it never tries to be a quasi-documentary thriller. Instead, it heavily focuses on the development of its two main characters. Although a little rushed and loopholed, ‘Jamtara’ works well when it sticks to the familiar tropes of crime drama. 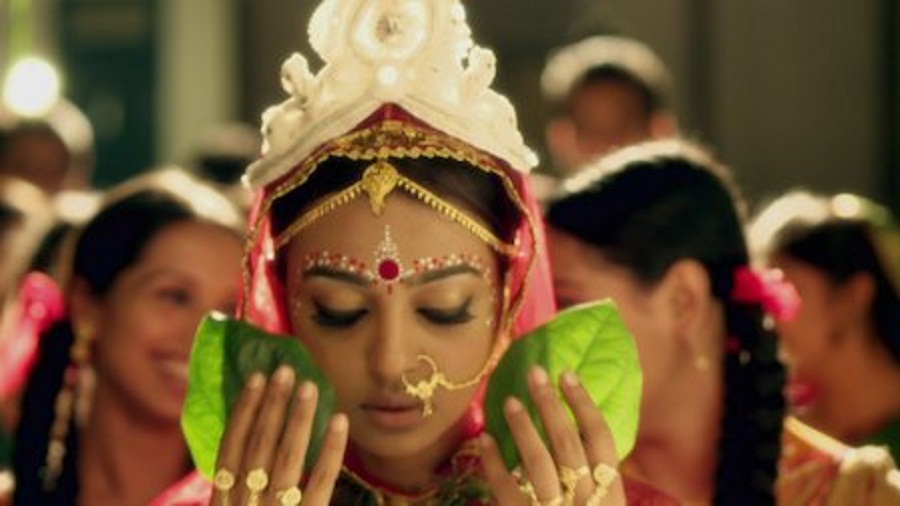 Anurag Basu’s ‘Stories by Rabindranath Tagore’ is a hidden gem based on several short stories written by Nobel laureate Rabindranath Tagore. With strong female characters at its fore, the anthology series completely immerses by drawing parallels between its 20th century pre-partitioned Bengal and contemporary times. For modern viewers, the show’s depiction of progressive women may not be a big deal. But one must not forget that these stories were written over 150 years ago—during a time when India was far more conservative and Tagore’s writings, ahead of time. Not to mention, the first episode of the series features Radhika Apte as its protagonist, who, as always, carries herself with admirable charm and panache. 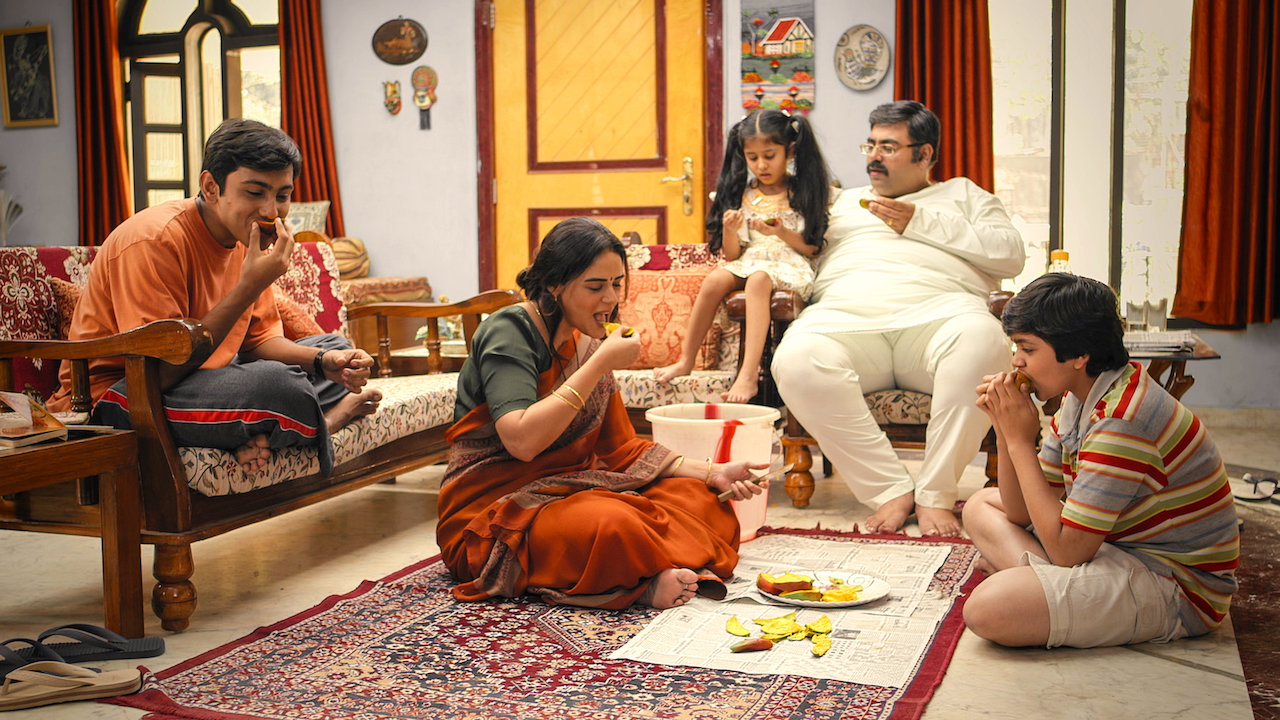 TV shows can be insightful, emotionally heavy, or extremely gritty. But more than anything else, they can also make you feel good and get you through some bad-day blues. On days like these, ‘Yeh Meri Family’ serves as the perfect lighthearted drama. It is simple, poignant, and takes you on a nostalgic trip down the memory lane. Set in 1998, the series revolves around the day-to-day snags of a middle child, Harshu, who lives with his loving family in Jaipur, Rajasthan. Through its depiction of 90s essentials like WWE trump cards, Mario and Monopoly, the series draws several visual metaphors for its viewers, and its evocative background scores add even more heft to its drama. Did I mention that it also features some soulful Udit Narayan tracks? 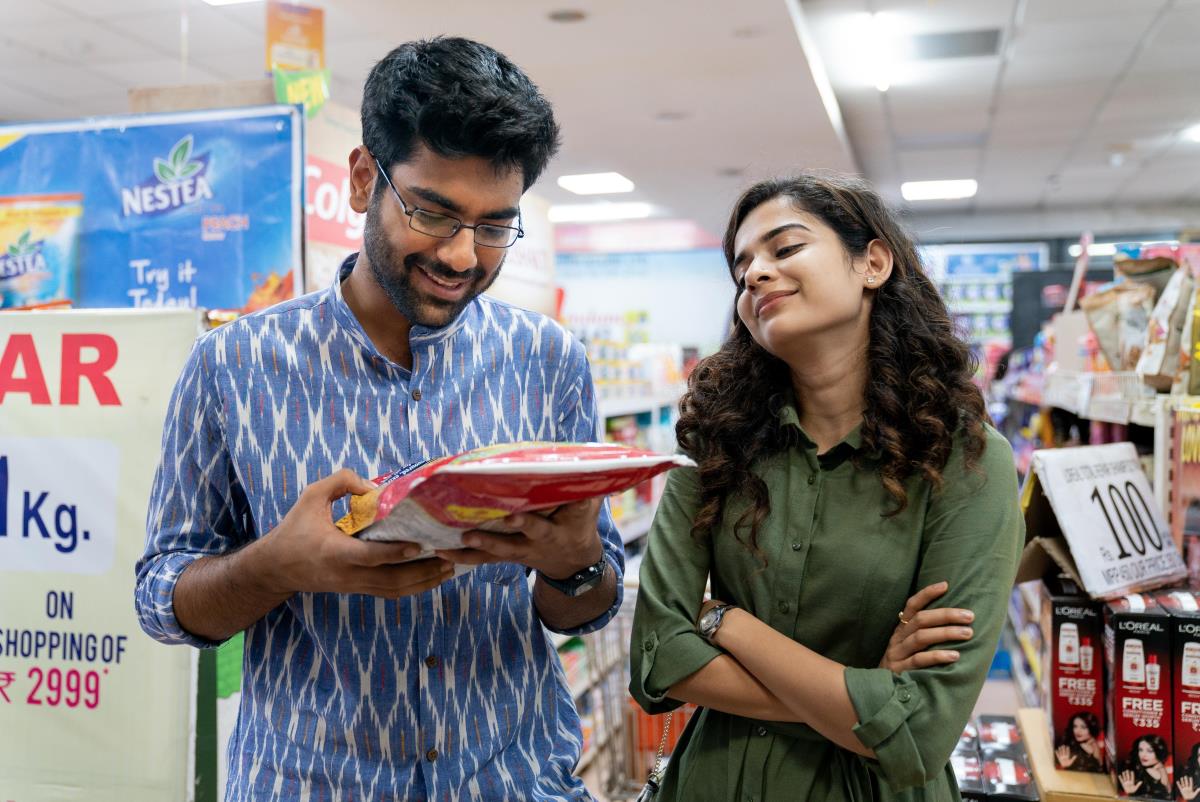 ‘Little Things’ first landed on Youtube with only five episodes, but it was still an instant hit. Because of its popularity, the low-budget series landed on Netflix in 2020 and became quite a sensation. The series follows the everyday ups and downs, highs and lows of a live-in millennial couple, Dhruv Vats (Dhruv Sehgal) and Kavya Kulkarni (Mithila Palkar). Although very simplistic with its premise, the show makes you go through a gamut of emotions with its engagingly honest study of relationships and love. The powerful connection between its two protagonists resonates with you as a viewer, and its silly yet fun comic tone never leaves a dull moment. You can watch it here. 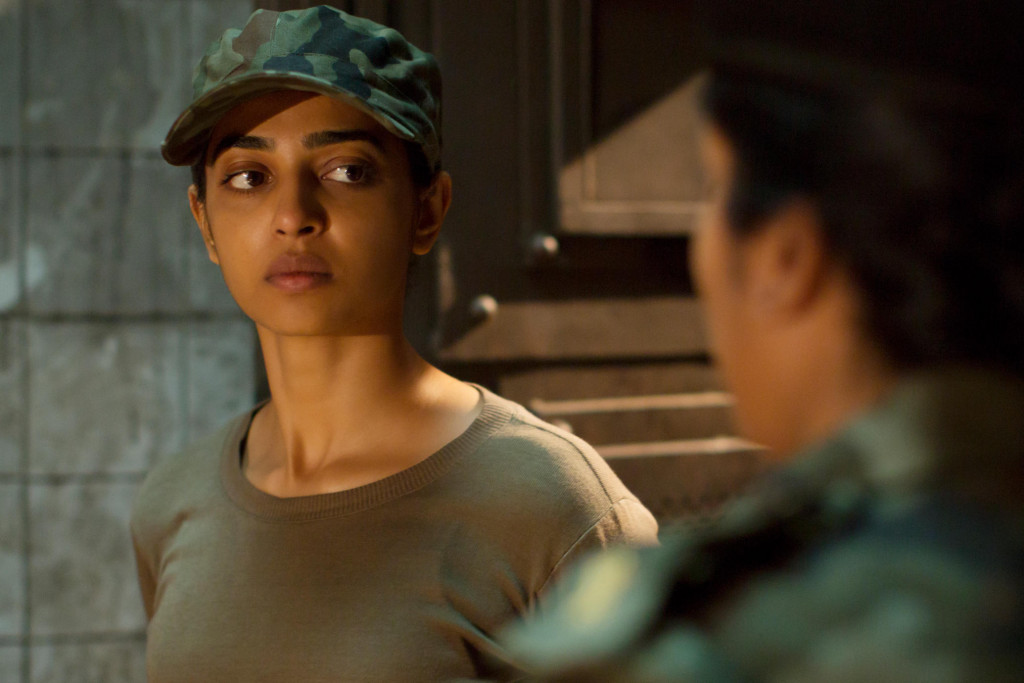 Weighed down by cheap productions, paper-thin storylines, and mindless mimicry of the West, most Indian horror shows and movies are a far cry from the genre’s best offerings. Even so, Indian horror is now slowly finding its feet with shows like ‘Ghoul’ that are grounded in local folklore and mythology. Starring Radhika Apte, ‘Ghoul’ is set in a country that is heavily divided by ideas of sectarian strife. Anyone who dares to defy the government or its propaganda is sent to a military detention center. With what follows, the show’s dystopian premise slowly drifts into the horror domain when a new prisoner, sect leader Ali Saeed, arrives at the detention center and starts haunting all the interrogators who work there. While he’s at it, newly appointed officer, Nida Rahim, races against time to find the truth behind the evil entity that possesses Ali Saeed and decodes what he’s trying to tell her. 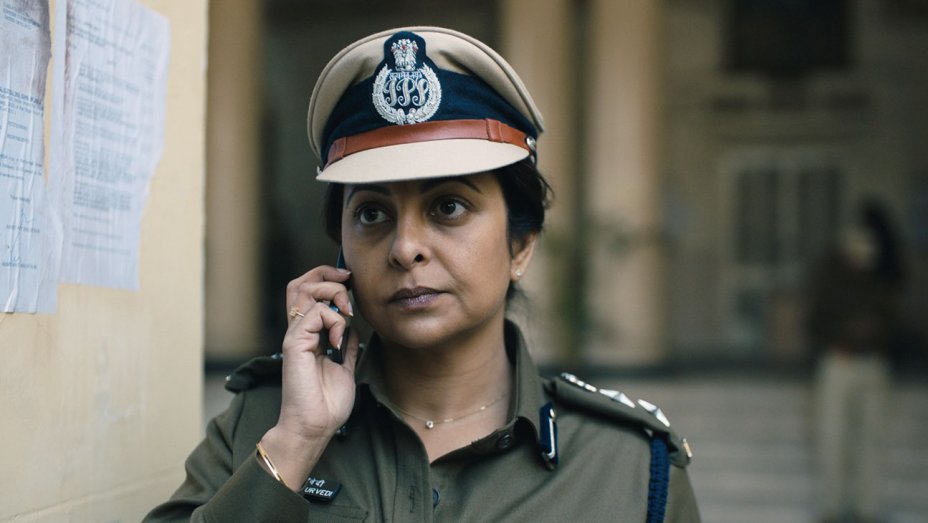 In 2012, the Nirbhaya gang-rape case shook the collective conscience of the entire Indian subcontinent. Netflix’s seven-part series ‘Delhi Crime’ gives its viewers an intricate and sensitive view of the police procedurals that ensued after the incident. The investigation is led by DCP Vartika Chaturvedi, who, with her team of experts, not only walks you through the dramatic interrogation of the perpetrators, but also through the clerical parts of the investigation which include forensic examinations, research, strategizing, and other realistic police procedures. The seriousness with which ‘Delhi Crime’ deals with its subject matter is commendable, making it not only one of the best offerings of the true-crime genre but also the best of Indian television. 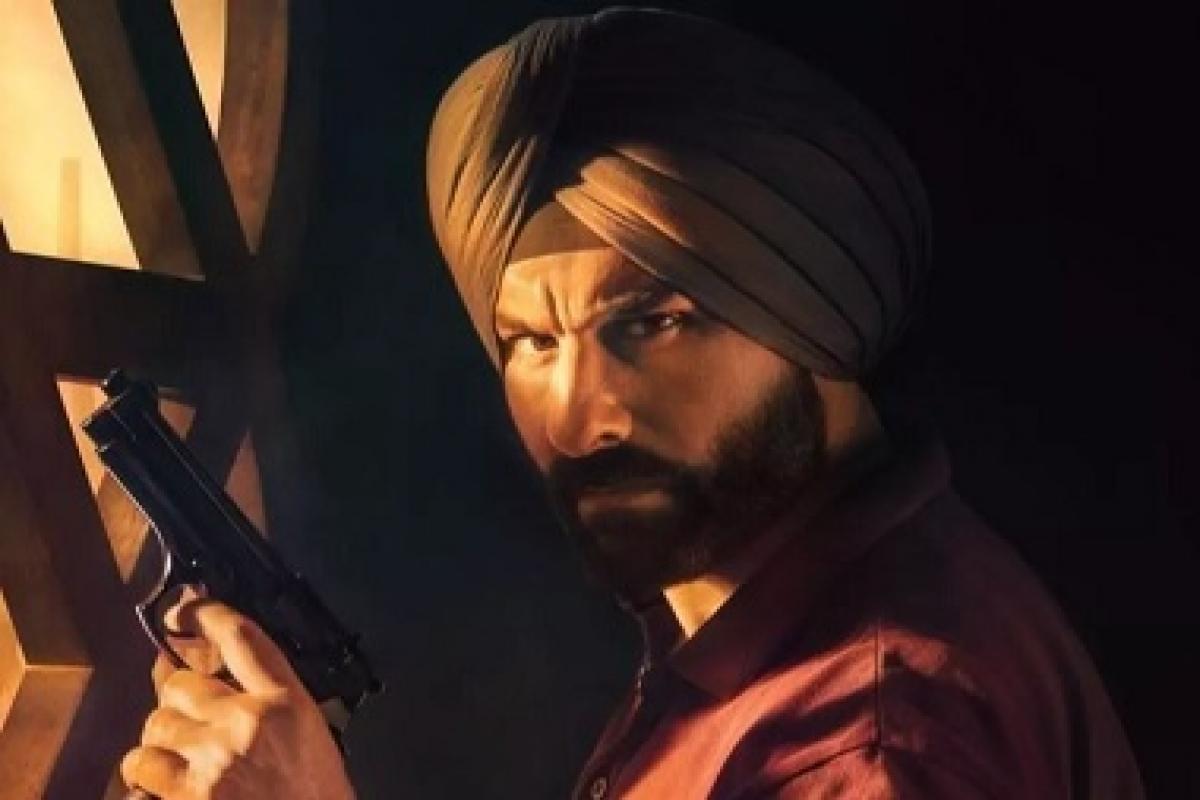 Despite being the first Indian Netflix original, ‘Sacred Games’ still holds on to its title of being the finest creation of Indian television. Though, arguably, its second season was a bit of let down compared to season 1. The story of ‘Sacred Games’ centers on the lives of two characters, Inspector Sartaj Singh and criminal overlord Ganesh Gaintonde, whose stories are intertwined by a threat that looms over the entire city of Mumbai. Realizing that only he can stop it, Sartaj Singh races against time to save his city.

The second season picks up where the first left off and marks the inception of a whole new journey for Sartaj in the underbelly of his city. While the gripping plot-heavy writing and atmospheric setting of the series are enough to keep you engaged, its undertone of prevalent social issues and indictment on religion makes it a benchmark for Indian television. And since more of its content is now underway, now would be the best time to check it out if you haven’t seen it yet.